How many types of vegans are there? 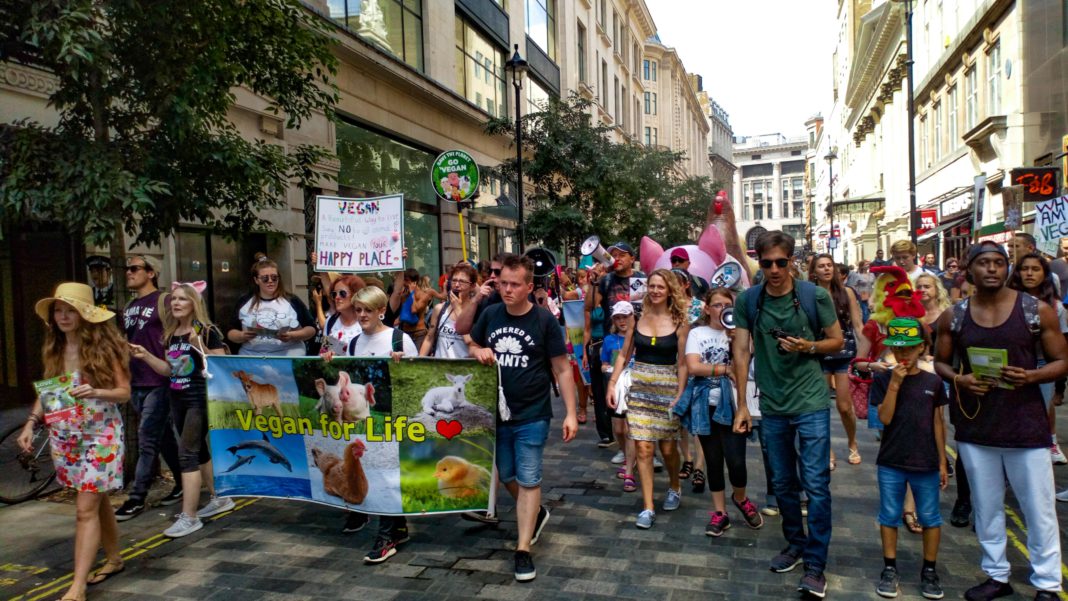 Ethical Vegan author Jordi Casamitjana defines the different types of vegans he found while researching for the chapter, ‘The Anthropology of the Vegan Kind’.

Because of the growth of veganism, introducing yourself as a vegan will soon not be enough. People may want to know which of the many types of vegans you belong to. This is what happens when a philosophy that manifests itself in different ways is becoming mainstream. It diversifies self-defined identity.

For years, I was trying to find a book that looked at vegetarians and vegans like an anthropologist would look at Amazonian tribes. An objective description of the main types, how they differentiate and where they roam. I couldn’t find it. So, when I got the opportunity to write a book on the back of the success of my legal case that led to the recognition of ethical veganism as a protected philosophical belief, I knew what I had to do. I would add a chapter about the anthropology of the “veggie” people, and list all the types I could find.

In my book, Ethical Vegan, I talk about more than thirty sub-categories of carnists, omnivorous, vegetarians and vegans. Here are the different types of vegans I identified, and how I define them. 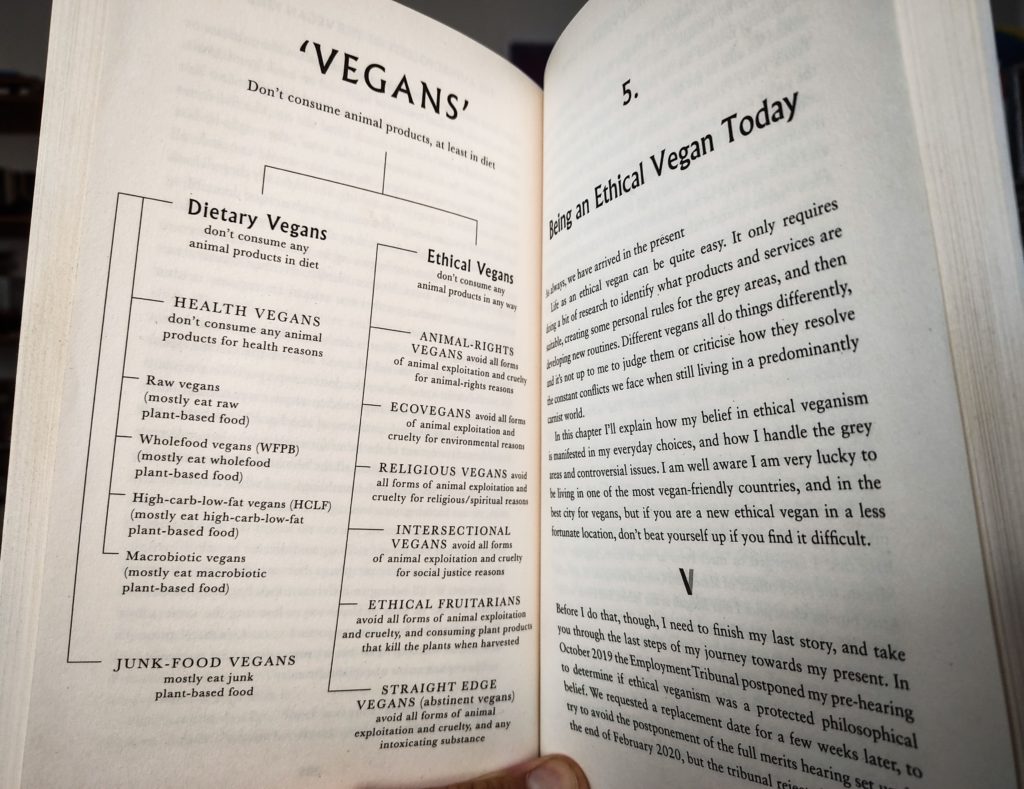 We first need to define “vegan”. My broader and more inclusive definition is “people who avoid consuming any animal product, at least as food”. I use it in inverted commas to highlight the fact not everyone in this category fully adheres to the definition of veganism by The Vegan Society (which goes beyond food into avoiding any form of exploitation of animals for any purpose), which created the word “vegan” in 1944.

If you do follow the definition to the full, and therefore also seek to exclude any animal product in your clothes, personal care, household, or your everyday choices, then you are an ethical vegan. If you’re adhering to the official definition, you could argue that ethical vegans can be considered “true vegans” (hence the inverted commas if we include the rest).

Another more accurate —and less judgemental — term to describe the “non-ethical” vegans is “dietary vegan”. These are, therefore, vegetarians who avoid consuming any animal product as food (including eggs and dairy), but do not avoid other forms of animal exploitation. Most dietary vegans may have a plant-based diet only for health reasons, and because of that, they are also called “health vegans”. And for those who want to avoid the term “vegan” altogether, they can be described as simply “plant-based”. 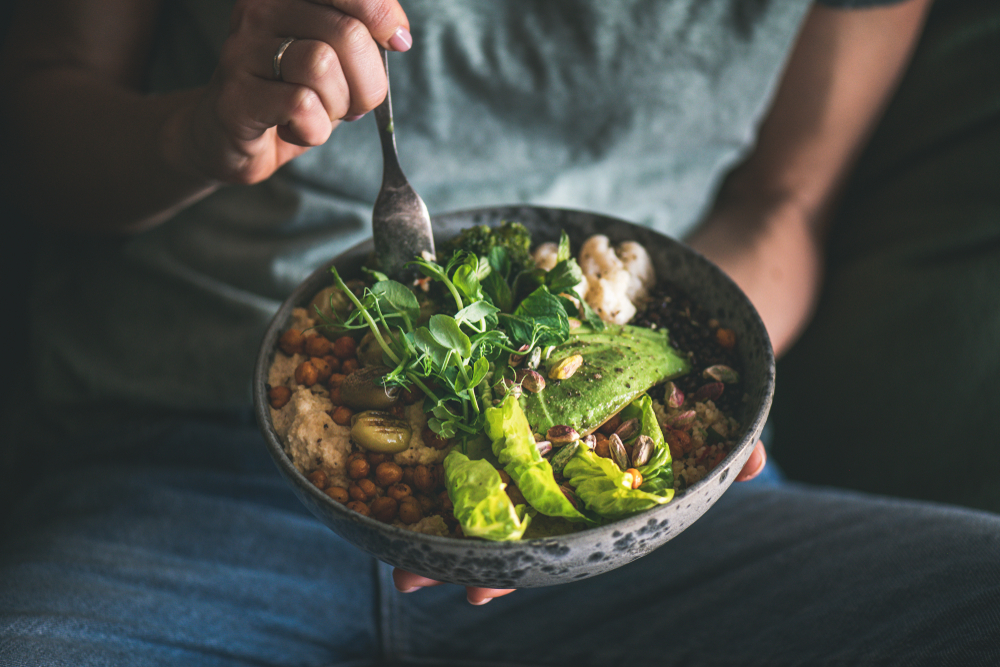 There are several distinct groups dietary vegans identify with. Raw vegans eat mostly a plant-based diet where at least 75% of food has not been heated to temperatures above 48°C (the exact parameters vary from person to person). This diet is rich in fruits, vegetables, nuts, seeds, and sprouted legumes.

A high-carb-low-fat vegan (HCLF) has a diet high in carbohydrates and low in fats, which means avoiding oils. It has been promoted by the physicians Dr John McDougall and Dr Caldwell Esselstyn.

There are also macrobiotic vegans, who eat plant-based meals according to the ancient Chinese principle of yin and yang.

Read our writer’s diary of a week on a raw vegan diet. 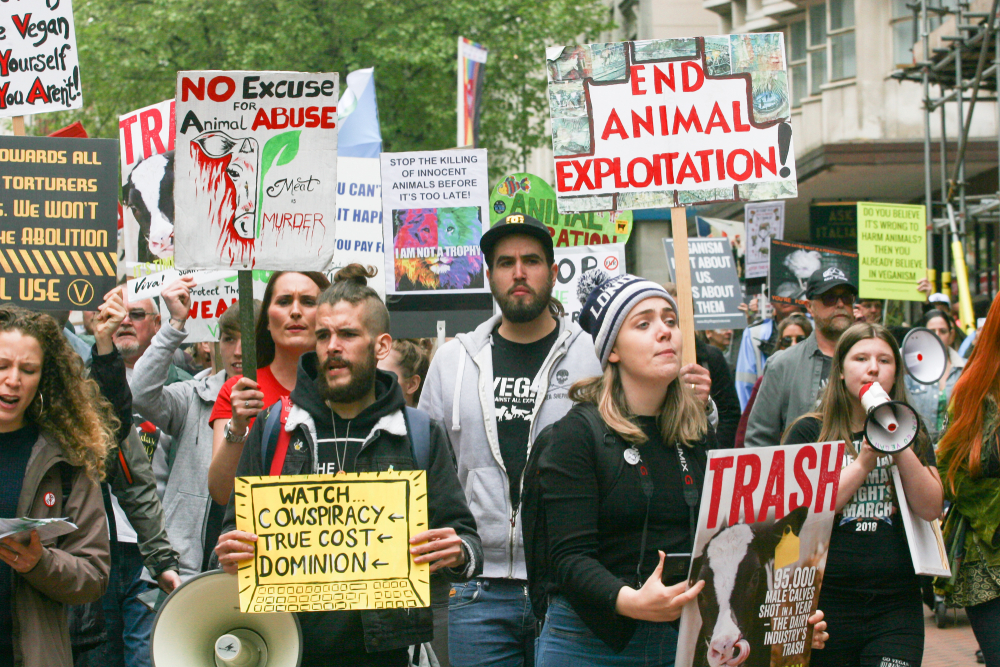 Those who become vegan mainly for the benefit of others rather than themselves, and who consider the exploitation of animals unethical, can broadly be classed as ethical vegans. But there is variability in there too, depending on who are the main “others” they care most about, or what they identify with.

Here are the main sub-categories I could find (which are not mutually exclusive, and most ethical vegans I know, including me, fall into several of these).

An ecovegan, on the other hand, would care a lot about the environment, and how animal agriculture negatively affects it.

A spiritual vegan is an ethical vegan mainly for religious or spiritual reasons (like Jain or Buddhist vegans).

Intersectional vegans avoid animal exploitation for social justice reasons. They consider animals are victims of oppression, as are other oppressed humans. For them, there is an intersection between fighting for the rights of marginalised groups and fighting for the rights of non-human animals, and therefore it is consistent to fight them together.

An ethical fruitarian is a vegan who cares about not harming plants too. They mainly eat fruits and nuts, avoiding roots, tubers and stems that harm the plant when harvested. In this context, the term “fruit” means any seed-bearing structure in flowering plants, thus including some vegetables.

Abstinent vegans don’t consume alcohol, tobacco, or any recreational drugs either, believing that by being able to always control their actions, they would better stand up against injustice. The most common sub-type of abstinent vegans are the straight edge vegans (or xVx), who belong to a subculture of hardcore punk. 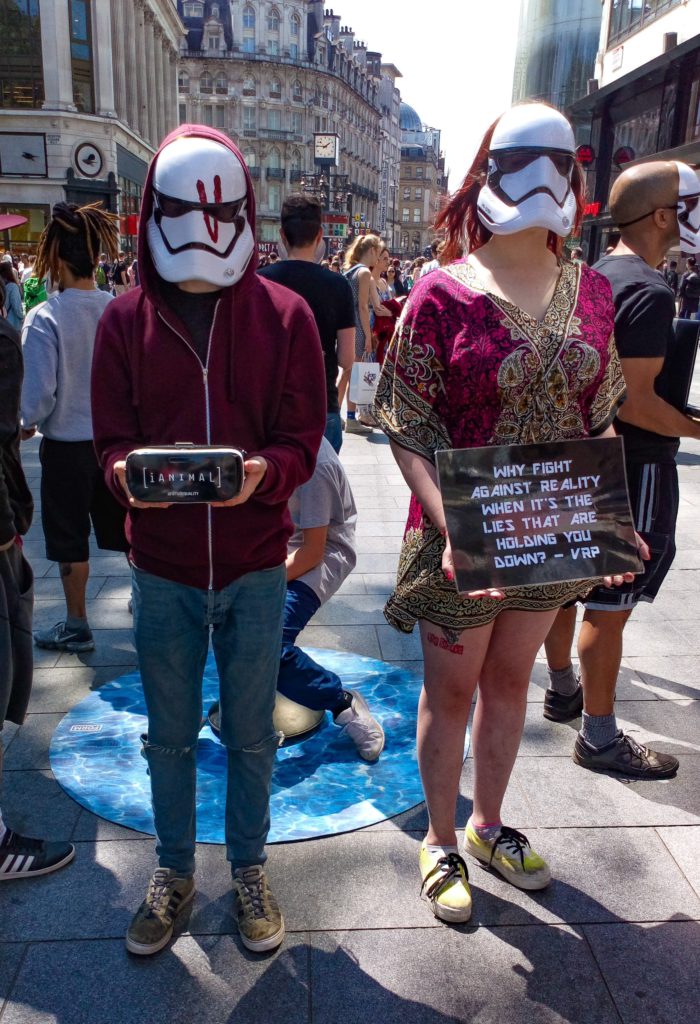 Some types of vegans are more niche. Their distinctive features come from which other subcultures they intersect with, and which spaces they frequent.

For instance, if you mix vegans with scientists or geeks, you may get vegan sceptics — I am one of them — who are science-based and often debunk false claims (especially regarding exaggerated health benefits or conspiracy theories).

Apologist vegans are at the other side of the spectrum, playing it very low, never making a fuss and tolerating most deviations from veganism.

If you combine a vegan and a hippy, you may find a yogi vegan doing all sorts of yoga and meditation.

The list can go on, and it’s likely to grow over the years. Although this may cause some infighting, it’s the price to pay for becoming mainstream. I would rather get this plurality and tribalism than remain fringed, marginalised, and ignored.

The vegan world will be multicultural, united by diverse ways of manifesting the same core philosophy: the universal belief in avoiding harming anyone, or anything, that can be harmed. I am well up for it.

Jordi Casamitjana
Originally from Catalonia, but resident in the UK for several decades, Jordi is a vegan zoologist and author, who has been involved in different aspects of animal protection for many years. In addition to scientific research, he has worked mostly as an undercover investigator, animal welfare consultant, and animal protection campaigner. He has been an ethical vegan since 2002 and in 2020, he secured the legal protection of all ethical vegans in Great Britain from discrimination, in a landmark employment tribunal case that was discussed all over the world. He is also the author of the book, Ethical Vegan: a personal and political journey to change the world.
Previous articleArt to heal: meet the vegan artists hoping to change the world
Next articleWhy Yemen’s civil war is also an environmental one