How sustainable are houseplants? 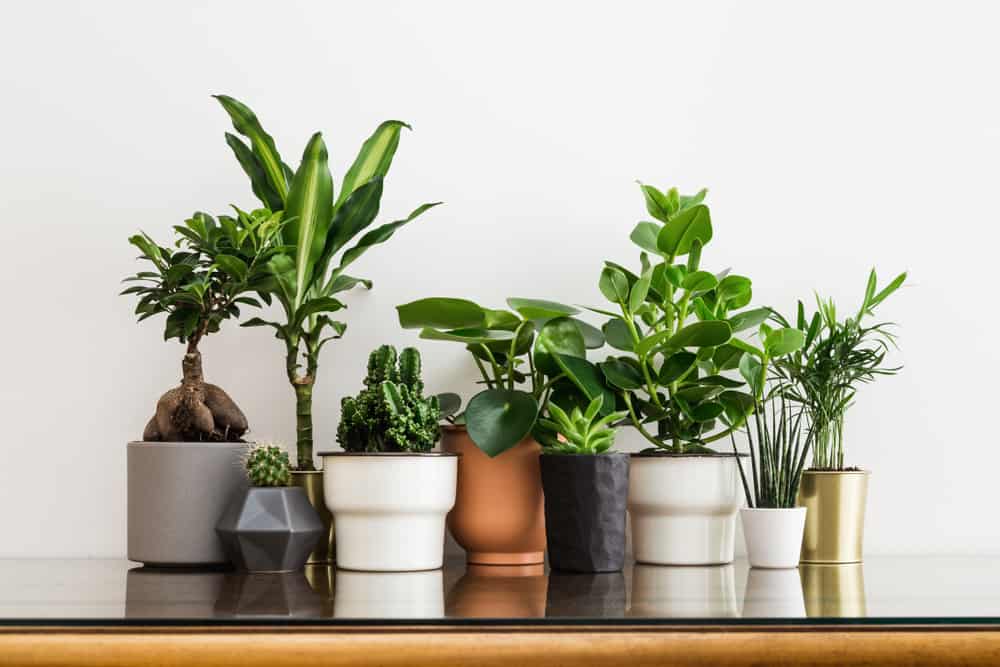 A houseplant enthusiast asks the question: what exactly is the environmental cost of my indoor jungle?

Houseplants have skyrocketed in popularity in recent years, and particularly during the coronavirus pandemic. A 2019 survey by the Royal Horticultural Society found that nearly three quarters (72%) of adults owned a houseplant — a figure that rose to 80% amongst 16- to 24-year-olds. These statistics are likely to have grown further thanks to the pandemic, with British online retailer Patch reporting a 500% increase in sales during the first UK lockdown.

I myself have doubled my houseplant collection since the pandemic began in a desperate bid to bring greenery into my home. However, as I stare at my latest ailing plant imported from the Netherlands, I wonder: just how green is my indoor gardening hobby? 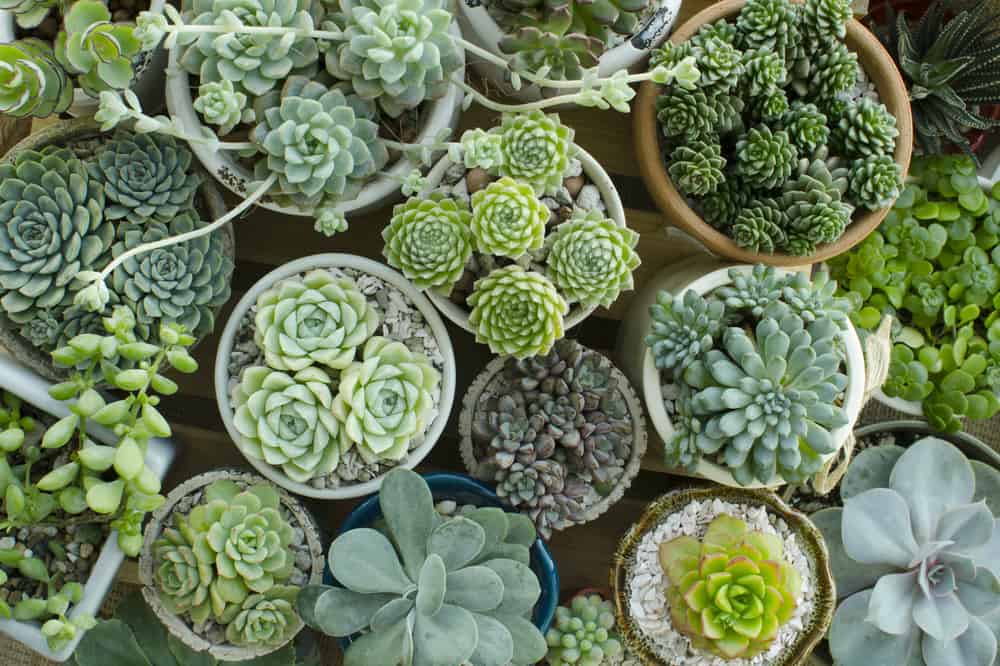 One of the biggest concerns when it comes to the carbon footprint of houseplants is ‘plant miles’: the distance they travel from nursery to home. Most houseplants are grown abroad, a vast majority in Holland, and shipped over to the UK. Before even reaching the garden centre, these imported plants will have journeyed at least 200 miles, and will rack up yet further mileage as they are hauled across the country. In other words, our new houseplants have done more overseas travel this past year than most of us have.

However, as worrying as your houseplant’s trek from Holland may sound, it needn’t cause too much eco-anxiety. As most plants are brought over en masse by boat and road, the emissions created by each houseplant’s crossing are proportionately small.

Ethnobotanist James Wong argues that these large international deliveries actually have less of an environmental impact than small-scale deliveries from UK nurseries. He wrote in the Guardian: “If you are driving to your garden centre to buy houseplants, the emissions from your car will almost certainly be greater than the emissions generated in getting it from grower to garden centre. In fact, it is fair to say that in the production chain of houseplants, transport is one of the lowest sources of carbon emissions wherever you chose to source them from.”

The greater problem with houseplants from Holland is the energy needed to heat the greenhouses in which they are grown. That said, Holland’s huge industrial greenhouses are more fuel-efficient than smaller ones, and many are now operating on geothermal energy with an aim to be carbon-neutral by 2040.

Even if your Holland-grown houseplants’ seafaring voyages aren’t a reason to panic, it’s still worth considering more local options. Propagation is a fantastic (and cheap) way to create new plants from what you already own. Or, if you’re willing to part with any of your leafy loves, you can swap them for new indoor greenery through organisations such as PlantSwap or Plant Exchange UK. 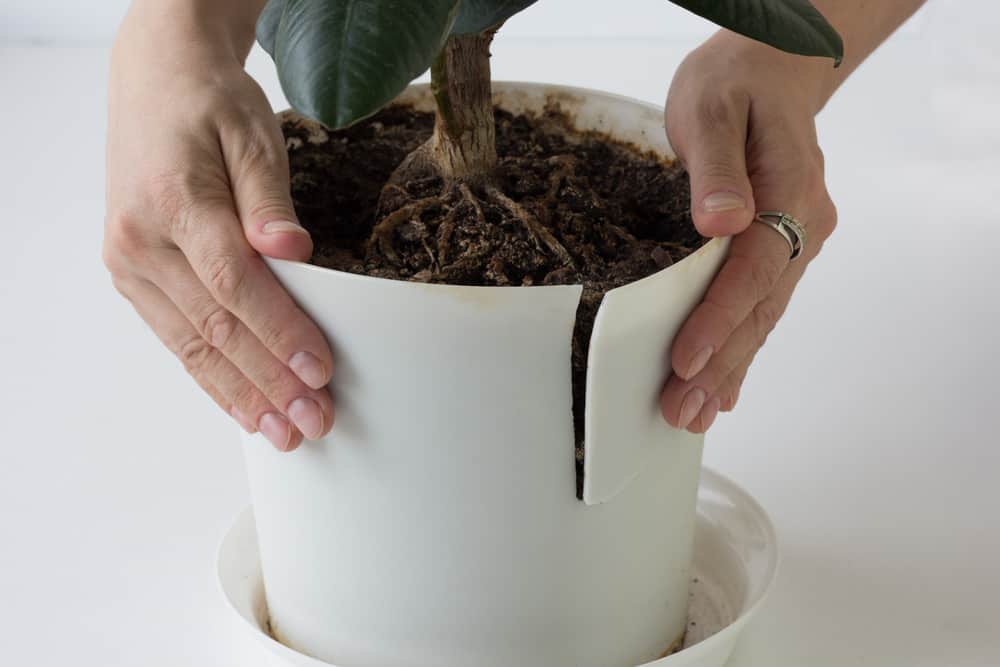 Aside from being fairly unattractive, the plastic nursery pots that most houseplants are sold in are not sustainable and contribute to an enormous amount of waste. Up to half a billion plastic plant pots end up in landfill each year in the UK, according to a study by Horticulture Week.

This staggering figure is unsurprising given that only 10% of local councils will collect and recycle plastic plant pots. Even those that are collected are not guaranteed to be recycled as many pots are made of the notoriously difficult to process black plastic. Though some retailers, such as Dobbies, have started selling plants in biodegradable coconut coir, environmentally-friendly pots are still very much an anomaly.

Thankfully, there are ways to work with plastic pots that won’t proliferate the amount going to landfill. Rather than transferring your houseplants directly into decorative pots, save your nursery pot from the bin by keeping it inside a display pot. This is likely to be better for your plant’s health too. Decorative pots rarely contain drainage holes, which can cause water to accumulate and lead to root rot.

In the unfortunate event that your houseplant dies, hang onto its plastic pot for propagating your cuttings or repotting your surviving plants when their roots need a bit more room.

As a last resort, should you need to get rid of your old pots, some garden centres (like Dobbies) run collection schemes. There’s no way to guarantee that these will get reused, but it’s certainly a better option than sending them to landfill.

Given the rise in direct-to-consumer plant retailers, the use of excess packaging in delivery services also deserves a mention. Whilst a certain level of protective packaging is unavoidable, there are some companies, including Canopy Plants and Box & Sprout, using 100% compostable or recyclable packaging.

Read our story on how the pandemic has given rise to houseplants and whether that’s a sustainable activity.

Getting to the root of it

Beyond plant miles and plastic pots, just keeping houseplants alive can be a drain on ecological resources. Take the soil that your plant grows in. Despite widespread recognition of the environmental damage of peat use (estimated to emit 400,000 tonnes of carbon every year), it is still commonly found in potting soil and compost, and could very well be in your home. Add to that the heat and water required to keep houseplants alive, and soon your indoor foliage starts to look decidedly less green.

Let’s not forget, either, that houses are not actually a houseplant’s natural habitat, and many of them simply won’t survive indoors. To grow them in greenhouses and ship them from the Netherlands only for them to die a month later seems like an awful waste of energy.

Houseplant fanatics need not despair; there are creative ways to minimise these issues. For example, making your own peat-free potting mix or collecting rain for watering will help to reduce your houseplant’s footprint that bit further. It’s also a good idea to stick to hardy, less-likely-to-die plants, such as snake plants, peace lilies, or pothos, to avoid waste.

Although houseplants aren’t without environmental impact, they’re also not a significant driver of climate breakdown, so you (read: I) don’t need to feel too guilty for filling your home with them. There are far more effective ways — veganism being one of them — to reduce your ecological footprint and be more sustainable than by ditching your houseplants.

To know more about houseplants, read our guide to growing a vegan-friendly and sustainable garden.

Amy Buxton
Amy is a committed ethical vegan, raising a next generation compassionate human with her husband and their beloved dog, Boo. A freelance writer with a background in PR, she decided to use the COVID lockdown period to refocus her client base and has come to The Vegan Review as a senior writer and editor, before moving into her external content director role. "What we should be doing is working at the job of life itself" is Amy's mantra, courtesy of Tom from The Good Life.
Previous articleVeganism to increasingly influence travel and tourism industry, says report
Next articlePlant Based World Europe moves shows to October