How to build a vegan community: One changemaker weighs In 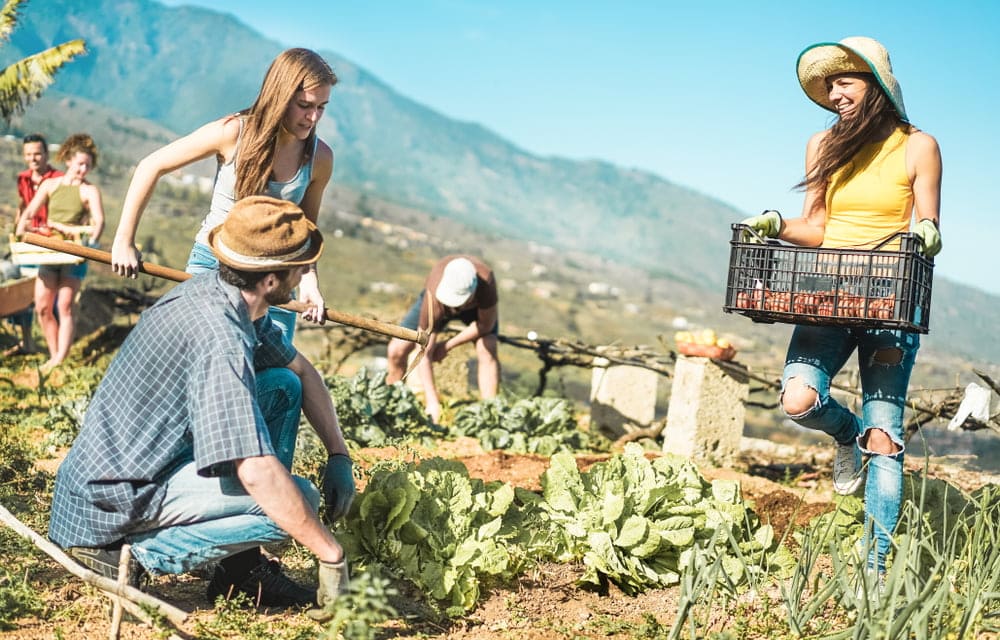 How can you build a community of vegans? Britty Hamby of ATX Vegans and Planted Society shares her experiences and advice on building a vegan community.

Going vegan can be all kinds of life-changing. As your consumption choices shift, other parts of your life are bound to change as well. You might even find that running in your old social circles doesn’t quite cut it, especially if you’re made to feel like the odd one out or are mocked for your animal-free lifestyle.

This is where having a network of like-minded others is especially handy. In fact, the importance of vegan communities can’t be overstated. Just ask Britty Hamby, executive director of Austin, Texas-based nonprofit ATX Vegans and CEO of events organisation Planted Society. When it comes to bringing people together around veganism, Britty’s been around the block a time or two.

The following interview has been edited for clarity and concision.

What does a vegan community mean to you? What does it look or feel like?

A vegan community means other people. It can mean local, and it can mean global. Covid-19 makes it different. Pre-Covid, a vegan community meant people you could find online, or meet at events that have the same shared experience. Maybe not all the same shared experiences, but our one common difference is how we’ve decided to move forward with our lives in alignment with our values.

The kind of community I’ve cultivated is a local one. Before Covid, we enabled people to meet each other, which is incredibly important. During Covid, we are providing a platform for folks to still maintain communication and connection even though we can’t have physical interactions.

Tell me about your experience building a vegan community in Austin. What are some of the events or campaigns you have done, and what was the result?

I didn’t initially seek out to build a community. Before it was ATX Vegans, it was just Vegan Drinks, which was an existing party event we took over that happened once a month. We originally thought our events were just going to be 15 people. And then 80 people showed up to our first event at Spider House.

We created programs that established the vegan community in Austin in ways that affected restaurants and grocery stores, and we realised we had real buying power and real strength in the Austin community in general. From there, it became more of a mission of ours to empower the community for them to realise they didn’t have to be the odd one in the group, and they didn’t have to just accept salads as a menu item.

The longer our organisation goes on, the more we realise we have a lot of things we can really fine tune. And the fun part about being in Austin is that it’s still a small enough community that we can really change how people view veganism, at least in our city. Our goal now is to include as many people as possible from all walks of life, because the truth is: all kinds of people are interested in veganism. And it hasn’t always seemed that way to us. We’re opening our eyes to all of those things.

Out of everything you’ve done, what’s the best way you’ve seen connections being built in the community?

With Planted, the number one thing that’s had the greatest acute effect has been our Speed-Friending events.

The reason I say it’s been the best thing we’ve done socially is because I’ve literally had people walk up to me in markets, send us emails, and tag each other and Planted in photos afterwards because they actually have real life friendships they cherish because of Speed-Friending.

There are so many other ways too that we connect people but nothing comes close to Speed-Friending. This event is specifically created for people who show up alone, willing and open to meet other people. And I think that’s the magic: it’s intentional.

What’s a big issue you see right now within the vegan community? What should change?

I think the most polarising thing currently is the resurgence of Black Lives Matter and the conversation we’re having around intersectionality and how it involves vegans.

We have people in the camp of: “Obviously I support intersectionality, obviously the way we treat humans is also tantamount and symbolic of how we treat other animals.”

And then there’s a whole other set of people who think — somewhat understandably so — that we should keep them very separate. Their policy is: “Well, we have to make it about the animals, because if you make it about anything other than the animals, then the message gets convoluted and no one wins.”

Which I understand. It’s true that if you focus on one thing, you’ll be a lot better at it than if you focus on all the things. But this idea of intersectionality should easily fit within veganism. And the fact that it doesn’t for some people is really disheartening. The thing I’m realising is: we don’t need 100 perfect vegans. We need a million imperfect vegans. And that means everybody. We have to meet people where they are.

Intersectionality as an issue within the vegan community is unnecessarily polarising. I think we’re wasting our time arguing about it and that we should just accept that it’s part and parcel to our veganism. It is an absolutely necessary step in your ethical journey.

What would you recommend someone do to start community-building in their hometown?

If you’re someone who’s craving community in a situation where you feel you have none, I think the first step is always to seek online help. That means you should look on Facebook for groups in your community, and join them if you can.

Especially in times of Covid-19, I think it’s a good idea to look up hashtags on Instagram. Search for a hashtag like your city name and the word vegan. You can see everyone who’s used the hashtag, and you can follow or message them to start a conversation. You can at least connect that way. It’s a great first step. So that’s if you’re seeking that community.

If you are someone that wants to build it, make a Facebook group or reach out to everyone in that local hashtag and create a group chat. Post-Covid, when you’re ready to do a restaurant meetup, get at least five new friends, call ahead, reserve a table at a vegan-friendly restaurant and start from there.

Invite friends who aren’t vegan, but who might be interested, not just because it’s a good form of activism, but because we want more people in this community and that doesn’t just include vegans. Granted, you’re not gonna get along with all these people, but you can at least try for one restaurant visit. More often than not, we find that these people [who engage with ATX Vegans] have connections to us in other ways. It’s not always about veganism.

What can or should vegan community building look like during the pandemic?

Right now, if you’re a member of or leader of a community, the best thing you can do now is to use your power for good. You should pivot and recognise where your strengths are to see how you can still have a positive impact in your community, both for small businesses and for community members that still need support. A lot of that can still happen remotely. There are possibilities, and there are still things we can and should be doing.

What’s your biggest piece of advice for aspiring community builders?

It can be about celebration, and it can be inclusive of everyone. That’s a good way to get off on the right foot when you’re starting a community. Remember that not everyone is going to be vegan. Eventually, a lot of those people will go vegan. We’ve seen it happen with ATX Vegans.

Safiyyah Bazemorehttps://www.safiyyah.co
Safiyyah is a freelance writer, vegan foodie, and market research strategist who calls the U.S. west coast home. Apart from writing and eating, she's wildly passionate about building vegan community by hosting local 'eatups' and by sharing her love of vegan baking with everyone that crosses her path. Safiyyah is also a yogi, herbalist, and a nomadic soul on a mission to make the world a brighter, more compassionate place.
Previous articleGlobal vegan cosmetics market to grow by $3.3 billion
Next articleNestlé continues to expand its dairy alternatives range