How to Save a Planet: the podcast exploring climate change solutions 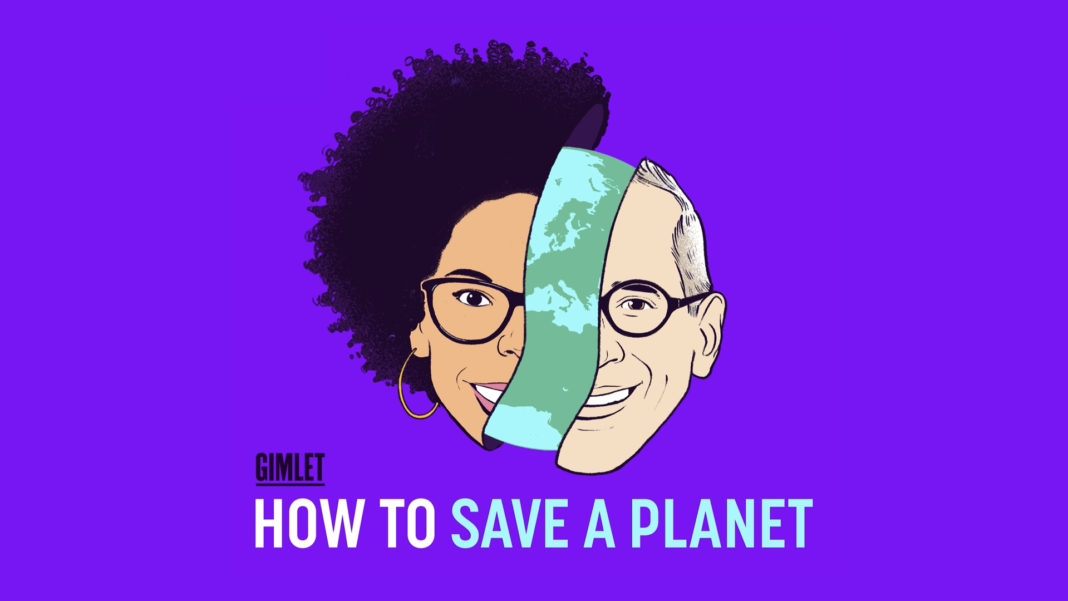 Gimlet’s How to Save a Planet podcast helps people with eco-anxiety gain a fresh perspective on tackling climate change.

How do you save the planet? Cut your meat and dairy consumption, switch to plastic-free packaging, protect animal ecosystems and minimise food waste. Those are a few of the most oft-cited ways to tackle climate change and save the Earth.

How to Save a Planet aims to answer that same question. Launched in August 2020, the climate change podcast hopes to tackle eco-anxiety with a fresh take on the usual doom-and-gloom coverage of the subject. “This is the show about what we need to do to address climate change, and how we make those things happen,” reads its tagline.

Hosted by Alex Blumberg, the Peabody winner who co-founded Gimlet, and Ayana Elizabeth Johnson, a marine biologist and co-founder of the All We Can Save project, the podcast reports on topics from farming and clean electricity, to presidents and veganism.

“The goal of the show is to cover climate change from a solutions perspective to help those people find actions they can take,” says Anna Ladd, associate producer at Gimlet and the show’s resident vegan. “There’s a place for you to get involved, whether you’re interested in weeds-y policy solutions, social movements, kelp farming, renewable energy, showing up to utility commission meetings… there’s something for you, your skillset, and your interests.” 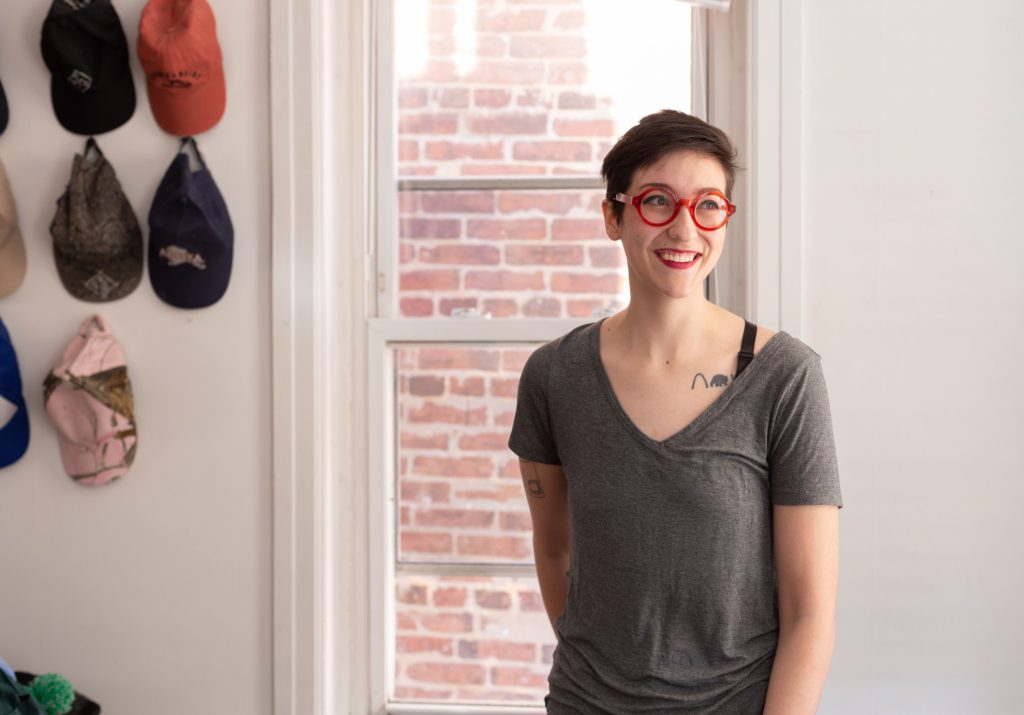 Ladd says her view of veganism and climate change as the show’s official vegan is that a vegan diet is lower-emitting in most circumstances: “A pretty massive shift towards more plant-based diets in countries that eat a lot of meat will be a part of how we address climate change, along with changing agricultural practices.

“But veganism or vegetarianism are often presented as the solution to this problem, and the conversation tends to stop there. I believe that thinking deeply about your own diet can be really valuable and formative. But if we want to address the diet of an entire culture, we need to look at the system that created that diet, rather than focusing on our individual ‘carbon footprint’.”

In March, How to Save a Planet explored veganism in the episode, The Beef with Beef. Blumberg and Johnson sat with Ladd to talk about the impact of animal consumption, American food system policies and plant-based diets.

The biggest argument, as the name suggests, was about beef, the food with the highest climate impact per calorie. This has to do with cows emitting methane, a highly potent greenhouse gas, as well as using more land per calorie.

“The way that land is managed in most cases releases carbon too,” explains Ladd. “Reducing beef production, as well as changing those production practices, will be important in tackling climate change. But reducing production at scale is way more complicated a problem than changing our individual diets, and requires looking at how the whole food system works.”

She notes that the current food system incentivises beef production and consumption, dating back to a New Deal-era policy that established government subsidies for certain crops with the goal of protecting the national food supply and income for farmers.

“These subsidies — corn subsidies, in particular — became a huge indirect subsidy for beef production. From 1940 to the late 70s, the number of beef cattle in the US more than quadrupled, from around 10 million to over 45 million, in part because they were being fed cheap, abundant corn.

“Redirecting some of the subsidies towards more ‘climate-friendly’ foods would not only reduce production and consumption of beef, but incentivise eating more plant-based. There are also agricultural practices that allow beef to be raised more sustainably, which would also require a huge reduction in the amount of beef produced.”

What policies does Ladd suggest the government implement? “The basic idea is to have agricultural subsidies that consider the climate impacts of different crops, while still considering nutrition and the stability of our food supply,” she tells me.

A post shared by 🌏 How to Save a Planet 🌎 (@how2saveaplanet)

The researcher she spoke to for the episode modelled different scenarios and found that increasing subsidies for fruits and vegetables, while decreasing them for grains like corn, would have a huge impact on what kinds of foods are produced, including decreasing beef production while making beef more expensive for consumers and reducing how much of it people eat.

With Joe Biden just passing the 100-day mark of his presidency, How to Save a Planet will soon feature an episode exploring his Earth Day announcement at the Climate Summit, where he pledged to cut the US’s emissions in half by 2030.

Ladd says her favourite responses are from people who used to feel helpless about climate change and thought they could do nothing about it. “This show helped them find a place to get plugged in and feel like they can actually do something, and do it with other people.”

Anay Mridul
Anay is the managing editor of The Vegan Review. A journalism graduate from City, University of London, he was a barista for three years, and never shuts up about coffee. He's passionate about coffee, plant-based milk, cooking, eating, veganism, writing about all that, profiling people, and the Oxford Comma. Originally from India, he went vegan in 2020, after attempting (and failing) Veganuary. He believes being environmentally conscious is a basic responsibility, and veganism is the best thing you can do to battle climate change. He gets lost at Whole Foods sometimes.
Previous articleThe vegan KitKat: what, when and will you bother?
Next articleThe absolute best vegan makeup brands (and some to avoid)