Last week, a group of campaigners from Humane Being saw their arguments to scrap factory farming acknowledged and discussed in court. Their stance was to request a judicial review into the government’s failure to look at evidence acquired that shows animals kept in intensive farming situations experience poor health. In addition, this environment is also shown to be a strong breeding ground for new zoonotic and antibiotic resistant diseases which are harmful to humans as well as the planet.

However, despite much discussion, the law sided with the government, insisting that the regulations surrounding the processes involved in factory farming are adequate to ensure minimal risk to health.

Scrap Factory Farming is a campaign led by Humane Being to highlight how harmful factory farming methods can be to the health of humans, animals as well as the planet. It believes that there is an urgent need to scrap factory farming in order to prevent future pandemics, as well as reduce ecological crises, and animal suffering. In addition, with 30% of all antibiotics in the UK being used on farmed animals, it is argued that this overuse is a leading cause of antimicrobial resistance.

Based on its findings, the Scrap Factory Farming campaign believes that the government is not doing enough to protect human, animal and the planet’s health and its legal battle continues to argue against DEFRA practices. 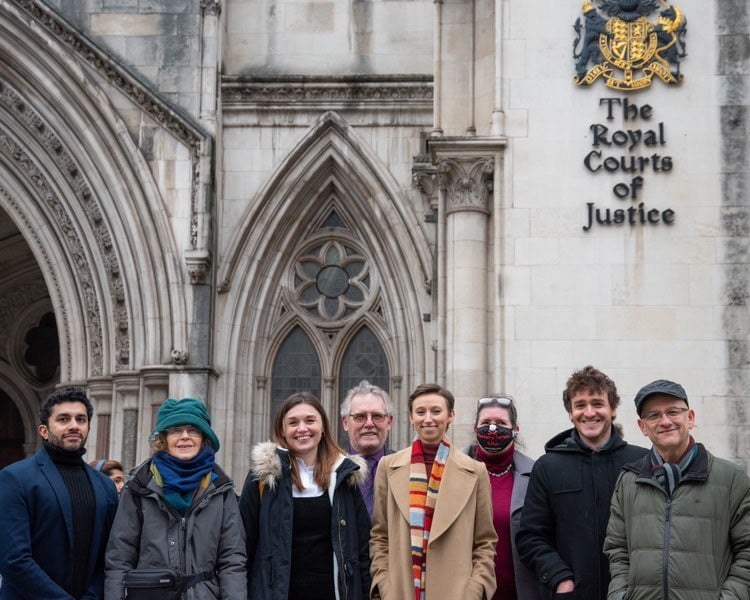 Overall, the judge agreed with the government legal representatives that the work currently undertaken is providing sufficient protection and assurances of minimal chance of harm to health or the planet.

Scrap Factory Farming told us that within court, DEFRA did not dispute any of the risks its case identified as possible risks to human health through unsafe practices that create avoidable risk of zoonotic disease outbreaks, antibiotic resistances, as well as a contribution to climate change and global warming.

DEFRA was unable to provide evidence of any analysis performed to ensure a sufficiently low risk nor did it evidence effective preventative steps to stop harm from occurring.

In response to Stop Factory Farming’s arguments, DEFRA insisted that what it is doing is adequate and referred to pre-existing measures currently in place that have not caused risks or harms to end.

The Court accepted Humane Being’s stance that their pursuit was in the public interest and that the status it possesses in bringing the challenge to court is valid.

The conclusion given was reached through a particular view of the law advocated by DEFRA and not one believed by the Scrap Factory Farming team; it intends to continue the battle and will challenge this result in the Court of Appeal.

Alice Soule
Alice Soule is a Writer and Editor, and graduated with a BA in Social Policy. She is passionate about veganism and animal rights but equally has a love of sports, reading, and drinking tea. Alice is a perpetual dreamer and recently finished writing her first novel. As yet to be published...because she's already dreaming up the next story...
Previous articleDiversity, Equity and Inclusion Programme launched by VWS
Next articleStudy reveals which countries produce the most food waste