Hungry Planet’s Jody Boyman: ‘Our planet is abundant, but not without limit’ 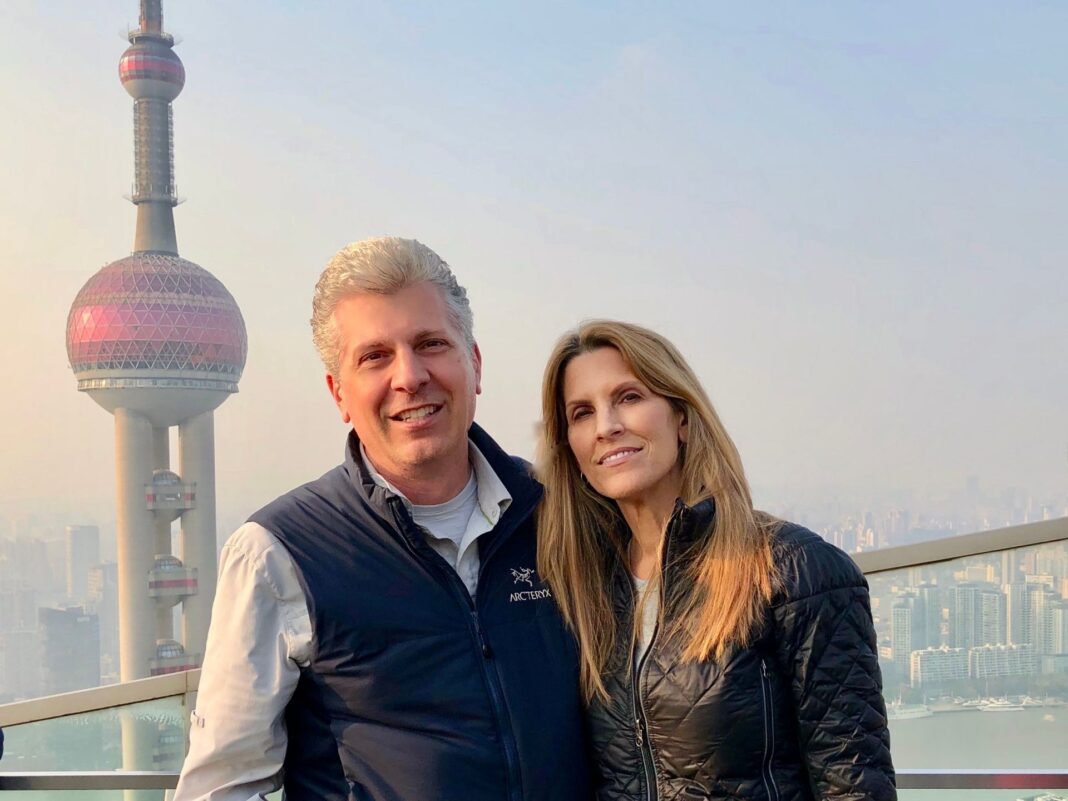 Let’s face it: plant-based meat is huge. Early adopters like Beyond Meat and Impossible Foods — and, of course, Lightlife — are global giants now. Supermarkets across the world are coming up with their own-label meat alternatives, the foodservice industry is adding vegan meat brands to its supply chain, and even people at home are embracing alt-proteins and meat substitutes. It’s everywhere.

So how do you establish a vegan meat company in an increasingly saturated market? You focus on misconceptions. “There is a halo around plant-based meat,” says Jody Boyman, co-founder of alt-meat brand Hungry Planet. “People believe the term to be synonymous with ‘healthy’ when often, it is not the case.”

Better for the planet? Yes. Better for the animals? Yes. “But often laden with fat (particularly saturated), calories, sodium and a long list of unfamiliar ingredients,” explains Boyman.

Ah, the ingredients. It’s been a point of contention between the big plant-based meat companies ever since Lightlife called out Beyond and Impossible for having a slightly longer ingredient list. “It has been a concerted effort for our accomplished cheffing team to perfect an ingredient deck that is as small as possible while fully delivering on taste and texture,” Boyman tells me, adding, “and performance.”

Hungry Planet sells plant-based beef, pork, crab, chicken, sausage and chorizo. What separates it from the rest? “We intentionally crafted our meats to be more healthful,” says Boyman. “Compared to conventional meat and to other popular plant-based options, our meats have as much, or more, protein, fewer calories, less fat (no saturated), less sodium, and are packed with dietary fibre.”

It’s an interesting point. Many major vegan meat brands use comparative statistics with actual meat. Hungry Planet’s website employs the same strategy, but instead comparing its products’ nutritional effects to other plant-based meat brands. “Nutrition is one of our value propositions,” Boyman tells me. That, and the fact its products are “chef-crafted”.

The health aspect is further highlighted with its use of soy over pea protein in its plant-based meat products. Boyman explains why the R&D team made that choice: “Many people don’t know that soy protein is the only plant protein comparable in quality to animal protein. Not only is it the only plant protein that carries the FDA’s heart health claim — confirming that 25g of soy protein a day, as part of a diet low in saturated fat and cholesterol, may reduce the risk of heart disease — but it is also a complete protein, one of the few plant-based proteins offering consumers all of the essential amino acids their bodies need.”

Pea protein? “It’s just one of many other niche proteins that do not meet this high standard. Soy has powered healthful diets for centuries,” notes Boyman.

But still, she says perfecting these chef-crafted plant-based meats from soy protein that handle, prepare, cook and taste exactly like animal protein is challenging and time-consuming.

While the brand launched in 2015, Boyman says it began “well before the plant-based meat category was hot”. It forayed into foodservice this January and is available through Dot Foods across the States, but the pandemic meant retail business development came to a screeching halt in March. She outlines the immediate plans: “Our able team has been executing a heavy pivot to include a wide selection of new retail innovation items including online commerce, ready-to-heat meals and value-added products that will hit shelves very soon.”

Growing up an animal lover

Boyman co-founded Hungry Planet with her younger brother Todd. They both grew up in St Louis, Missouri. An innate animal lover, Boyman stopped eating meat as a teenager. “From an early age I became aware that our food choices have unintended consequences for our health, the environment and animals,” she tells me.

“I was that nerdy kid who had lots of inspirational quotes taped to my wall, including one from Chief Seattle: ‘We do not inherit the Earth from our ancestors; we borrow it from our children.’ Over time, I began connecting the dots and realised that while our planet is abundant, it is not without limit,” she adds.

Her younger sister, Kym, joined a vegetarian house at Stanford University, and then went vegan. And soon after, Todd switched to a plant-based diet too, after she and her sister “provided overwhelming data on [its] health, environmental and animal welfare benefits”. 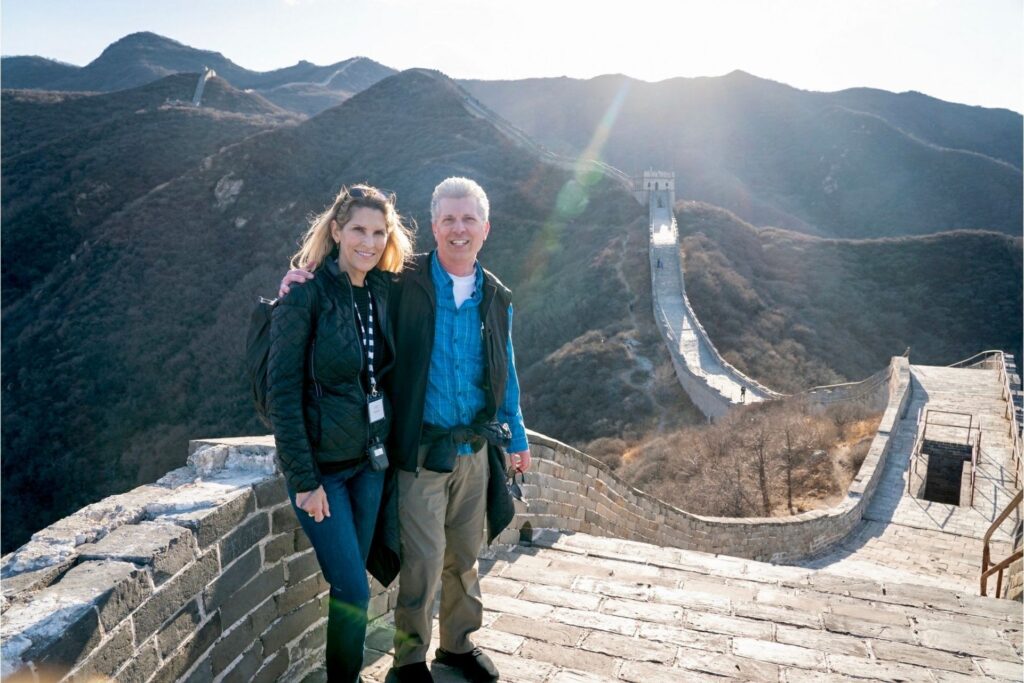 Before Hungry Planet, Todd spent three decades in the technology sector, while Boyman’s life has been more “non-linear”, spending years as a wildlife photographer, psychologist and small business owner.

Both were set on finding a platform to help bend the curve for human and planetary health in a meaningful and impactful way. They eventually found food to be the most suitable option, “since it is the lowest common denominator of human existence”. And that’s how Hungry Planet was born.

“All of us have to eat, so we set out on a mission to craft a wide range of proteins to feed our growing human family, prevent environmental destruction, avert global pandemics, and reduce animal suffering,” Boyman asserts. “Crucially, these plant-based meats had to be a simple switch for conventional meat, while also delivering superior nutrition.”

I ask her what she feels has been the biggest achievement for Hungry Planet. “It’s a simple 1:1 switch in any cuisine, any recipe,” Boyman tells me, comparing the brand’s vegan meat alternatives to actual meat.

“Our full range of plant-based meats fit seamlessly into the existing food value chain by shipping, storing, preparing, cooking and tasting just like conventional meat.” So far, the company has sold over four million meals in over 800 venues.

“We’d like it to be broadly available in retail and foodservice in North America and other countries where we’re currently developing business, including Asia,” says the entrepreneur. She adds that the company is poised to grow rapidly as it continues to raise funds to accelerate operations, sales, and marketing.

“I’m passionate about plant-based meats,” she notes, “and truly believe every decision we make about food is a vote for the world we want to inhabit and our children will inherit.”

Anay Mridul
Anay is journalism graduate from City, University of London, he was a barista for three years, and never shuts up about coffee. He's passionate about coffee, plant-based milk, cooking, eating, veganism, writing about all that, profiling people, and the Oxford Comma. Originally from India, he went vegan in 2020, after attempting (and failing) Veganuary. He believes being environmentally conscious is a basic responsibility, and veganism is the best thing you can do to battle climate change. He gets lost at Whole Foods sometimes.
Previous articleCafe Van Gogh: A vegan, non-profit eatery with a social mission
Next articleVegan Halloween sweets: The best of the best 2020