Hungry Planet: Why slower development is more honest in a crowded alt-meat marketplace 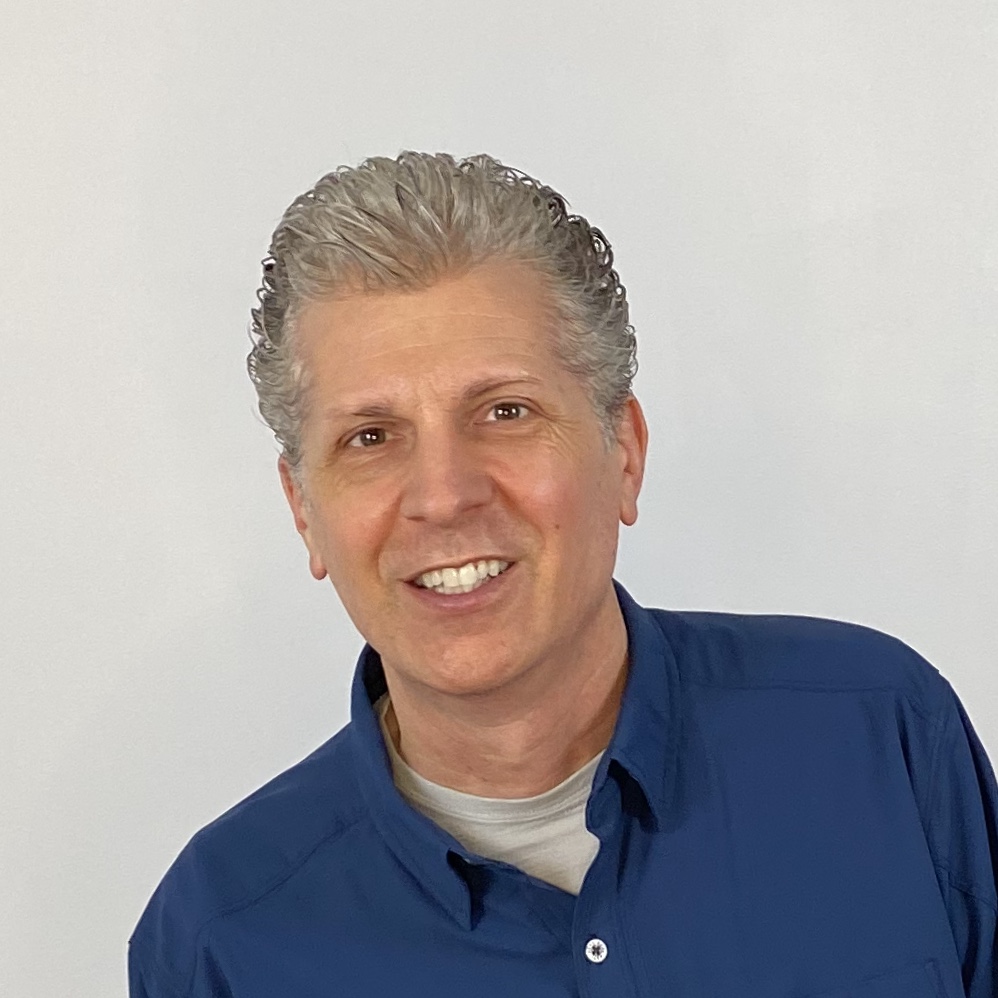 Both a company co-founder and a brother willing to be guided by science and his sisters, Todd Boyman explains how Hungry Planet meat was created to inspire lasting change.

It might be fair to say that most companies within the vegan sphere hope to bring about positive change, or to at least inspire more thought about the movement, but following through takes more than talk.

Todd Boyman, co-founder of Hungry Planet, is well aware of the inherent inconsistencies in the plant-based world and seeks to bring a more honest and transparent discourse to the table as well as animal-free meat.

From sisterly encouragement to sustainable thinking

Todd’s professional and dietary fate was somewhat sealed by his sisters, Jody (fellow co-founder of Hungry Planet) and Kym, who both showed an awareness and interest in what dinner was made of from an early age. “In grade school, my sisters would look at whatever mom had served and ask what it used to be. They were so inquisitive, whereas I was just hungry and keen to eat. By the time I got to college, they were basically insufferable at mealtimes, and Kym wrote a book about why people should eat plant-based. I told her I would read it and either I’d change my mind or I wouldn’t, but we couldn’t carry on having the same arguments and ruining family time.”

To cut a long story short, Todd read the book in one evening and was convinced to embrace a plant-based lifestyle, but he wasn’t sold on the idea of too many vegetables or tofu. Bear in mind that this was more than 30 years ago, when vegan products were far harder to come by and rarely designed to offer an easy substitution for traditional ingredients.

It would take persistence on Todd’s part to stay true to his new eating habits, but ethical underpinnings and his like-minded wife and sisters offered the requisite support to keep him authentic. Taking it slow helped make a new way of eating a lifestyle and entrenched a desire to be a part of the wider community through professional development.

Todd realises he is not alone in his initial scepticism and reluctance to jump into a plant-based lifestyle: “At any point in time, 5% to 6% of the US population eat vegetarian or vegan but there’s an 80% churn, over a three-year period. So people give plant-based a try, but give up because it’s hard or the alternatives on offer don’t satisfy. This churn has been present for decades, so there are a lot of ex-vegans out there.

“In fact, it’s thought that there are around 130 to 140 million flexitarian Americans and I’m sure many of them tried to be vegan at some point, but simply didn’t stick with it. Alongside committed carnivores, this is who we are trying to reach through Hungry Planet.” 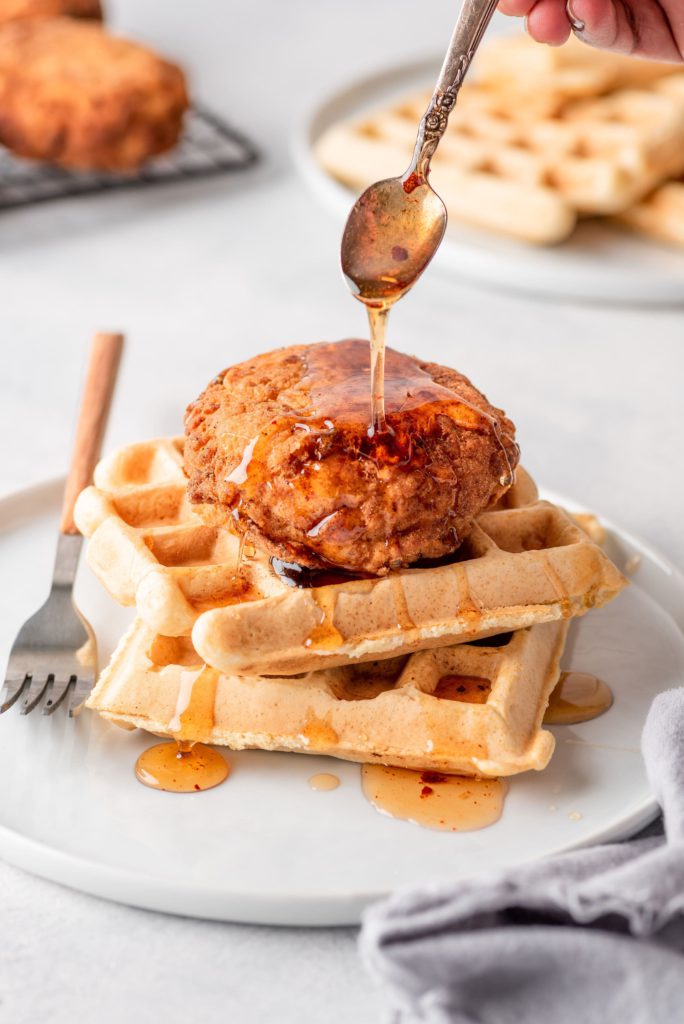 ‘Not trying to reach vegans’

It’s a bold proclamation for a plant-based meat company founder to say that he isn’t trying to reach vegetarian and vegan consumers, but of course, it makes perfect sense. They are already on their animal-free path and have made a choice that will organically throw them in the path of Hungry Planet products. It’s the doubters and the staunch refusers that Todd is most keen to pleasantly surprise and for beautiful reasons too.

During my chat with Ron DeSantis, the brand’s chief culinary officer, we discussed the primary motivation of the company, which is to ‘bend the curve on human and planetary health’. Initially, I didn’t fully understand how this translated into plant-based meat production, but, as Ron explained further, there was a real eureka moment that connects with Todd not actively pursuing the vegan dollar. In short, to offer people access to healthier food and to tread more gently on the planet at the same time, it’s those that are contributing to the demand for resource-depleting products that need to be educated and convinced.

Meat eaters, flexitarians, lapsed vegetarians: all are welcome at Hungry Planet and there’s no need for martyrdom or sacrifice, according to Todd. “We’re not going to make a real difference by simply catering to people who already negate animal products, but we can create an on-ramp for people who are curious, or maybe want to eat a little differently. With our meats, you lose nothing and gain everything, because we have focussed on creating a range of products that are a genuine one-to-one substitution for the items that people know and have traditionally always loved to eat.”

Adding some weight to the argument, we veered into a fascinating look at humanity and why, perhaps, it is so difficult to tempt people away from eating meat. Realising that meat consumption was always synonymous with prosperity and strength, a light was switched on in my brain.

Of course! We have evolved to believe that not only do we need animal products, but that our ability to afford them denotes our place in society as well. Essentially, we have become dependent on these items — in our minds at least — for both health and ego.

No wonder it has previously been an uphill struggle to make veganism mainstream, but Todd remains optimistic and refreshingly emphatic about the mission of the company: “The world needs to understand that the ultimate symbol of prosperity and good health is eating plant-based meat because it’s just as delicious as what you know, but also impacts less on the environment.”

The challenge for companies leaning hard into the movement for a cultural shift is to make people aware of their personal responsibility to contribute, but also that their efforts will not go unrewarded. To pull people away from traditional beef, as an example, the alternative has to be spectacular, easy to cook with and in no way a sacrifice of taste or nutrition, and that’s where Hungry Planet excels.

“Having a team of people that includes a Master Chef — who isn’t plant-based himself — is key to what we do. We looked at the global meat industry and set out to address the market as a whole, which is why we now have nine individual protein types, replacing everything from beef, chicken and pork through to lamb and crab. We want to be able to reach diners anywhere in the world, with the foods they love and within their unique cultures, to bring about change on a planetary scale.”

Remaining true to the idea of improving health has consistently been key as well and Todd was open about the fact that he sees this as a downfall of other companies within the industry. Many ‘competitors’ have focused all of their energy on taste and texture, and in doing so, have failed to offer a tangible alternative to high-fat, sodium-rich meats. It’s as though they have missed the point that eating plant-based often comes with a desire to be more mindful of personal health.

Maybe this is a viable explanation for the explosion of new brands launching in what seems to be record time. Cashing in on the plant-based dollar seems to have led to a disconnect with the underpinnings of more considered organisations. Todd agrees: “It’s a disservice to bring out products that don’t offer human benefits. Individual health is just as important as planetary health, all within a framework of delicious food.”

And here’s where Hungry Planet really sets itself apart. It delivers a multifaceted and comprehensive solution to a global problem and caters — literally — to everybody. From individuals to restaurants and all consumers in between, the product range has been intentionally created to be perfect for any application, which, says Todd, took time: “We never compromised. We started working on our products before anybody else was really contemplating plant-based meats and it’s been a self-funded exercise.

“This benefitted us because we weren’t being pressured to come to market with a version one product to placate investors. We started before almost everybody else and had the luxury of time on our side in that we didn’t need to rush. We were able to develop a range of meats that had authenticity and clear objectives built into them, alongside incredible taste and the best texture. It doesn’t matter that we officially launched after some younger companies, as we are concerned with what’s important, not superficial popularity.” 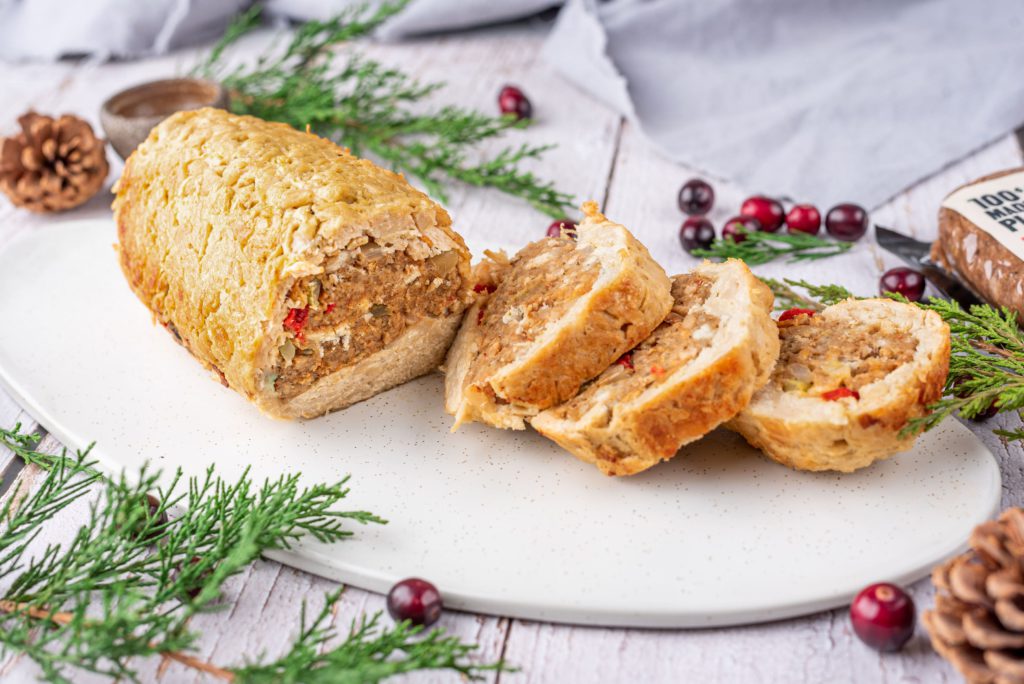 I wanted to talk about something that Ron and I had already had a bit of fun with and Todd did not disappoint. When I asked about the notion of deceiving diners, he was quick to reply in exactly the way I have come to expect from the team at Hungry Planet, telling me that it’s not a case of revelling in the deception of meat-eaters, it’s about delighting diners, pure and simple.

Just like Ron, he reiterated to me that the meats he creates are not intended to be seen as the exception, but a viable default choice. Not vegan food, not even great vegan food, just great tasting meat that happens to be plant-based.

“Our intention isn’t to deceive anybody, but occasionally you do get people who feel a bit defensive and act as though we have fooled them. These people interrogate future food a little more closely and that’s great. Know what you’re eating and understand it. If we can inspire that kind of scrutiny, it means we are making an impact.”

Looking ahead, Todd has a wonderful analogy of the world he hopes to see, whereby plant-based meat is the default and diners have to specifically ask for “the burger made from cows”. Making meat the ‘other’ is an ambitious aim but Hungry Planet has put the time, effort, research and skill in, meaning that if anybody can see the future of the industry, it is Todd and Jody.

“People won’t be able to hide behind the excuse that they just like the taste of meat anymore. Our meat is meat, it just happens to be made from plants instead of animals. It tastes incredible, it does less harm to the environment and your body will thank you too,” notes Todd.

The only remaining hurdle is the pre-existing bias towards vegan-friendly foods. Having priced its offerings comparably to animal meat and with professional chefs already using Hungry Planet in their restaurants and teaching establishments, the onus comes down to individual consumers to make a personal choice. Todd believes in the power of delicious food to transform, educate and unite and honestly: that’s the most powerful message of all.

Amy Buxton
Amy is a committed ethical vegan, raising a next generation compassionate human with her husband and their beloved dog, Boo. A freelance writer with a background in PR, she decided to use the COVID lockdown period to refocus her client base and has come to The Vegan Review as a senior writer and editor, before moving into her external content director role. "What we should be doing is working at the job of life itself" is Amy's mantra, courtesy of Tom from The Good Life.
Previous articleBeyond Meat and PepsiCo join forces to make plant-based protein products
Next articleVegan doctors launch medical service Plant Based Health Online