Behind the documentary exploring the leading arguments against veganism 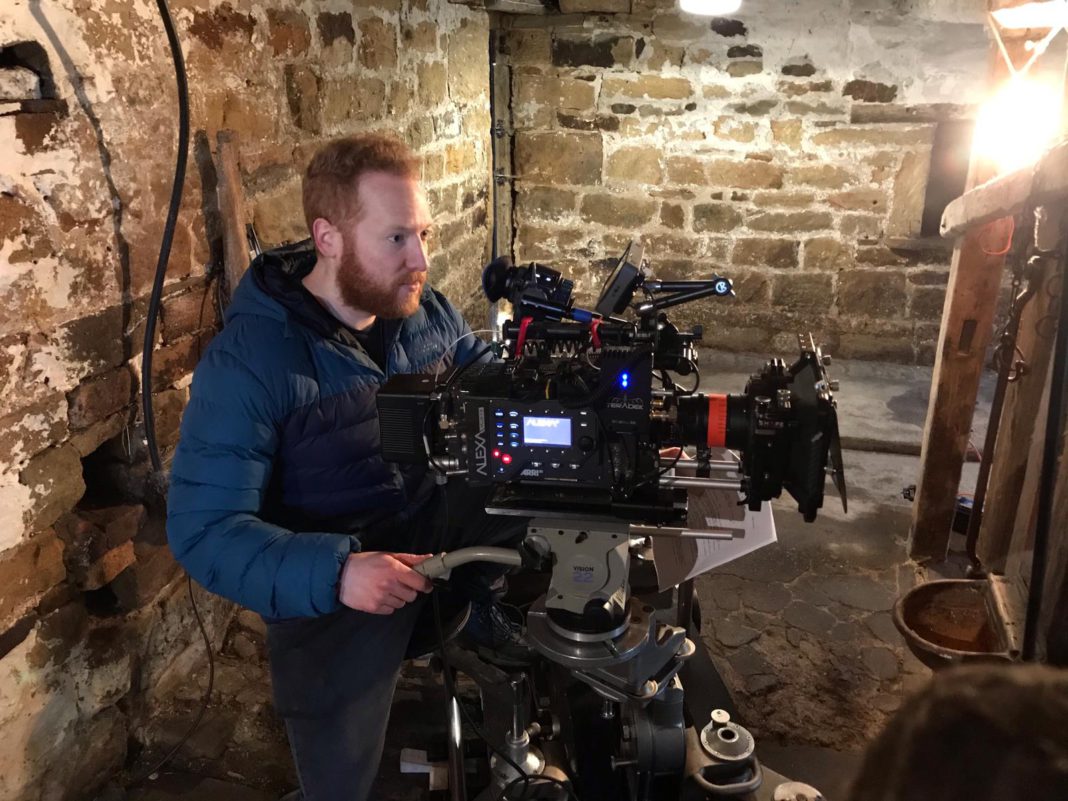 I Could Never Go Vegan: five simple words spoken around the world by so many people. But why? That’s what the Pickering brothers want to explore.

On a quest for the truth, British brothers Tom and James Pickering are setting out on a journey to find out the leading arguments against veganism and whether they are justified or not.

With its “deliberately provocative and eye-catching title”, the documentary aims to pull in top professionals and debunk each reason one at a time showing how these are just convenient lines people tell themselves to justify their actions.

The man behind the documentary is Tom Pickering. He is an award-winning filmmaker and director with a string of successful short films under his belt, the latest, Father Time, winning multiple awards on its lengthy festival run, including Best Director and Best Editor.

In 2020, Tom was credited as executive producer on his brother’s feature film All Joking Aside. This was also the year that filming for the documentary I Could Never Go Vegan began.

Check out our list for all the vegan documentaries on Netflix in 2021.

“It is for the animals,” says Tom, when speaking about his motivation for making the film. “The thing that really drives me is knowing what animals are going through. It is so unnecessary. It shouldn’t be happening. It doesn’t need to happen.”

In order to reach the widest audience and ensure that people do not just get defensive, the brothers want to be clever about how they position the documentary: “Our end goal is to get all the points across but in a way that doesn’t make people switch the documentary off. We want to reach them in a way where they listen and accept and start to make the connection.

“We want to show that veganism is attainable and accessible,” he says, “not expensive, not too difficult and ultimately the best way we can live whilst having a positive impact on climate change, your health and animals.”

Although the documentary is not solely focused on the ethical aspect of veganism, it is clear that for the Pickering brothers, on a personal level, it is why they feel so passionate about making this film. “If you care so much about something and know it is wrong, you will do what you need to do to have your voice heard.” 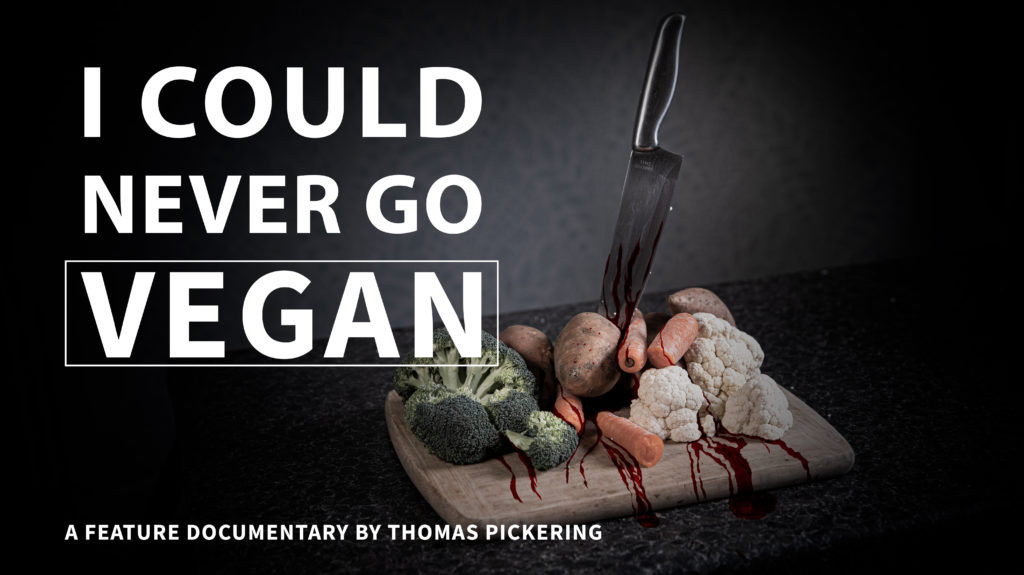 Where it all began

After developing a passion for storytelling from an early age, Tom recalls the moment when he “realised people actually got paid to make up stories and film them”. Since then, he says he knew exactly what he wanted to do in life. “It is something I have loved from the earliest age I can remember. I knew I wanted to do something with film and tell stories that had the power to influence, make a difference and create positive change.”

Filming for the project began in January 2020, starting off with interviews with psychologist Melanie Joy and author Tobias Leenaert. However, when lockdown hit in March, everything got put on hold. “I had to stop everything for months, nothing was happening,” says Tom. “It was a bit of a blessing, though, because I reached out to my brother James, who helped me finish the pitch deck, draft the story and look at the outcomes.”

Creative talent and passion clearly run in the Pickering family, as Tom’s older brother is also a screenwriter and producer. James, whose debut feature film All Joking Aside made its world premiere at the Conquest International Film Festival and won the New Visions Award, became an integral part of the team.

“With James’ screenwriting background and us both being producers on our own films, this was a great help,” Tom explains: “We reevaluated exactly what we were trying to achieve with the documentary and then reshaped and made it better.”

Read our story about making a vegan documentary during a pandemic.

The power of film

Vegetarian from birth, the Pickering brothers truly do make the dream team when it comes to production. Having never eaten meat and both making the transition to veganism in 2017, it is safe to say they share morals and life goals in terms of their career. “I hope to make the world a better place with my work on this documentary,” says James. “I love filmmaking and its ability to make us laugh and cry, to scare us, inform and educate. For me, it’s the most powerful of all the arts in the way it can elicit such emotional responses.”

Both keen animal lovers from childhood, the brothers describe how they were completely unaware of the cruelty and exploitation involved in the dairy and egg industries. “Veganism is such a huge passion of mine,” says Tom: “When you transition to a fully vegan lifestyle, you become more and more passionate about it. I always felt like I wanted to be doing more. I was always thinking how can I reach people on a much bigger scale.”

That is when the idea for the documentary first came to Tom. “I make films for a living. It felt only natural that it was always leading to this moment where I could start trying to make a difference in the world through the power of film and pushing the vegan message out there.”

Drawing inspiration from the visionary filmmakers of the ‘40s and ‘50s, the Pickering brothers are not limited when it comes to who influences them. “If you’re speaking up for the voiceless and those in need, then that influences and inspires me,” says James.

“It doesn’t matter if you’re Joaquin Phoenix or a seven-year-old who’s just made the connection between the cow they walked past in the field and the beef that’s been put on their dinner plate — to me, it’s all coming from the right place and inspires me to be better.”

He adds: “I love documentary filmmakers who are willing to tackle difficult subject matters. If there is a corrupt system in place and they are willing to put themselves out there, even though it could be detrimental to their career or be life-threatening, how can you not be inspired by that?”

A post shared by I Could Never Go Vegan (@icouldnevergovegan_movie)

“Veganism is on the rise,” Tom says. “There’s no denying the clear surge in the popularity of the movement. Yet, there is still a large amount of resistance.”

Wanting to reach a wide audience and create a film that was “different from other documentaries that have come before it”, the brothers have decided to look at the project from the point of view of all the arguments that are facing the vegan movement. “We wanted to make sure we would present the information as objectively as possible and show that we are coming straight down the middle and tackle it head-on.”

Even with this tactful approach, the brothers are fully prepared for backlash coming their way. “If you are making a documentary that is a sensitive subject matter and what you are saying isn’t the consensus of the majority, it is definitely going to get some people’s backs up,” Tom says. “We hope that nobody can challenge what we are saying because we aim to present information to the point that you can’t really disagree with it.

“We want to make sure that no stone is left unturned. Ultimately, if you don’t feel like transitioning to veganism after watching this, you would have to hold your hands up and say: ‘Okay, I am convinced it is a cruel and horrid industry and veganism is definitely the healthier way to live and the best thing to do for the planet, but I just don’t want to do it.’”

He explains: “I feel like that is the only thing you could say and then that person will have to question their own moral compass. And maybe that is how we get to them.”

Tina Newman
Tina Newman is a writer, makeup artist and qualified Animal Nursing Assistant living in Suffolk, UK. She is the author of the vegan children's book series Vivi the Supervegan and mother to two little supervegans of her own. Tina had been vegetarian for 21 years until she found out what happens in the dairy industry and in September 2017 she went vegan overnight. She has been a passionate animal rights activist spreading awareness and helping to educate others ever since.
Previous articleEuropeans consider climate change the most serious global problem
Next articleNorth America recorded its hottest June ever last month