I made my own vegan yoghurt at home — with chillies 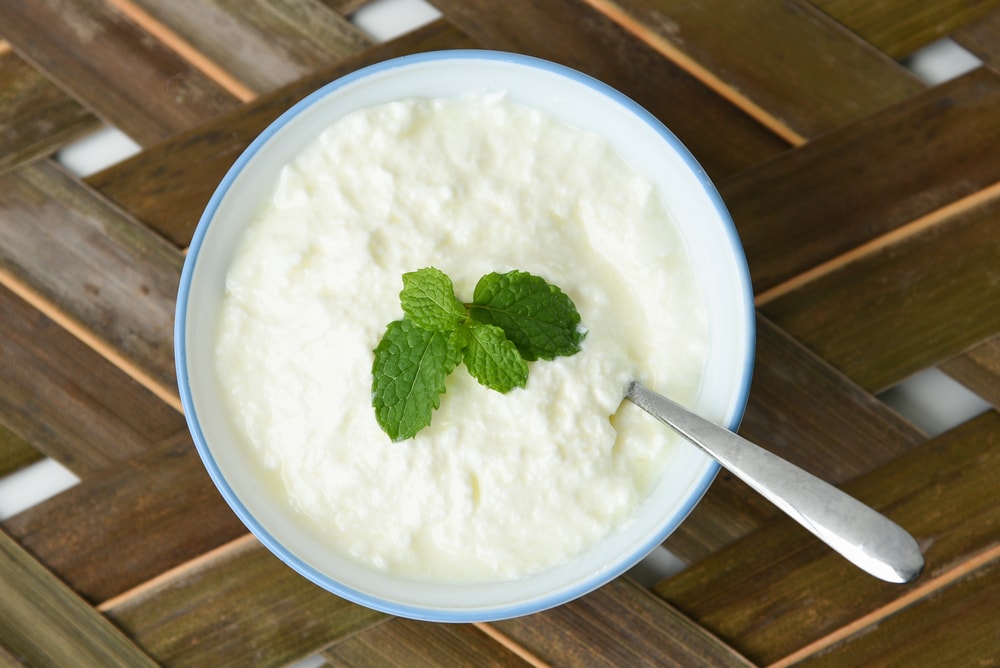 I spoke to food scientists to learn the chemistry of fermentation, and how dairy yoghurt is different from vegan alternatives, especially when it’s DIY.

With the upsurge of new vegan yoghurts in the market, I felt like there was a need to set my own yoghurt before I made any purchases.

I hadn’t taken into account how the fermentation process may differ from dairy yoghurts, or figured out how to work a vegan starter. So with a lot of excitement, I checked out four recipes, made my own coconut milk, dropped in a few chilli stems and came back to a bowl with sour-smelling, slimy, spilt milk. The disaster ultimately led me to the question: why did this happen? 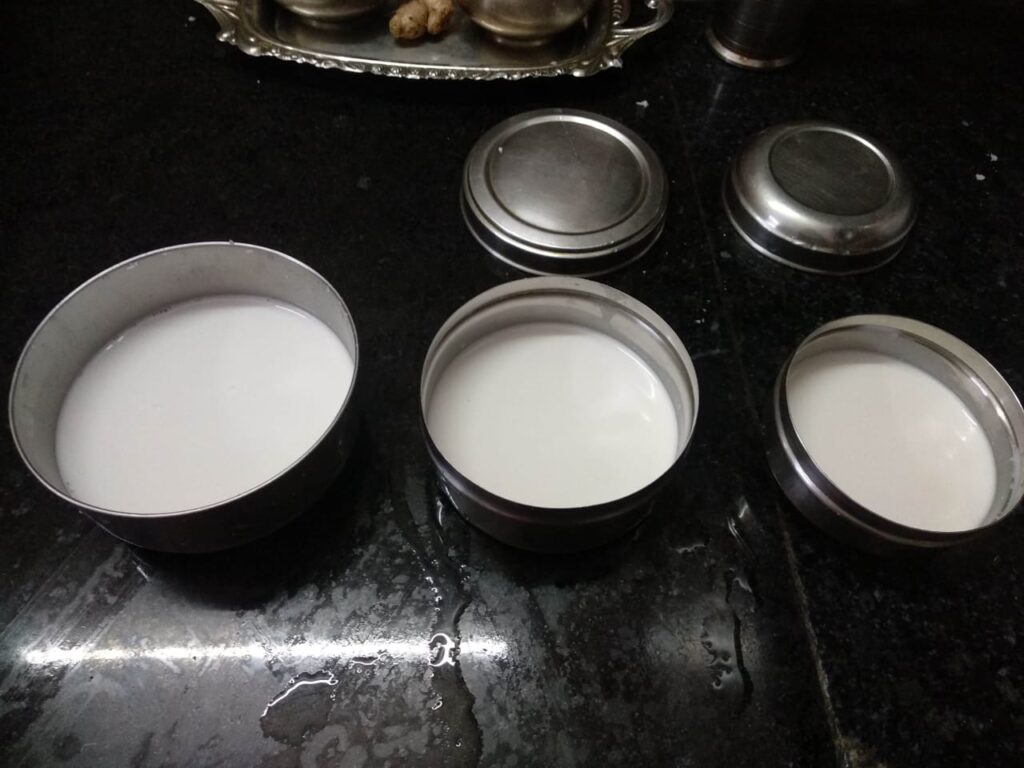 Curds usually refers to the milk solids that are left after the acidic curdling of milk. Yoghurt is a fermented product made using milk with live cultures. However, growing up in India, yoghurt and curd (or dahi) were terms used interchangeably. So, it took me a few consultations and Internet research to understand the differences. (Here, for the sake of clarity, I’ll use the term dahi for curd and curds for cheese-making milk solids.)

While many argue that the terms vary due to regional nomenclature, Dr Shalini Mishra, a California-based food scientist and microbiologist, tells me that there is, in fact, a difference between yoghurt and dahi. Yoghurt is traditionally produced from milk through the action of two particular strains of LAB — Lactobacillus bulgaricus and Streptococcus thermophilus — and might have certain additions such as milk powder, other LAB, and sugar.

Regulations around what constitutes yoghurt may vary in various countries. Mishra explains: “Some countries require yoghurt to contain a certain amount of colony-forming units (CFU) of bacteria.”

Dahi is made by the bacterial fermentation of milk and is incredibly easy to make at home. The species involved in the fermentation depends on the temperature and humidity of the environment, and may include bacteria like — brace yourself — Lactococcus lactis, Streptococcus diacetylactis, Streptococcus cremoris, Lactobacillus delbrueckii subsp. bulgaricus and Streptococcus thermophilus. In short, curd or dahi is not standardised as yoghurts. I don’t blame the mix up in terms when the two are this similar. 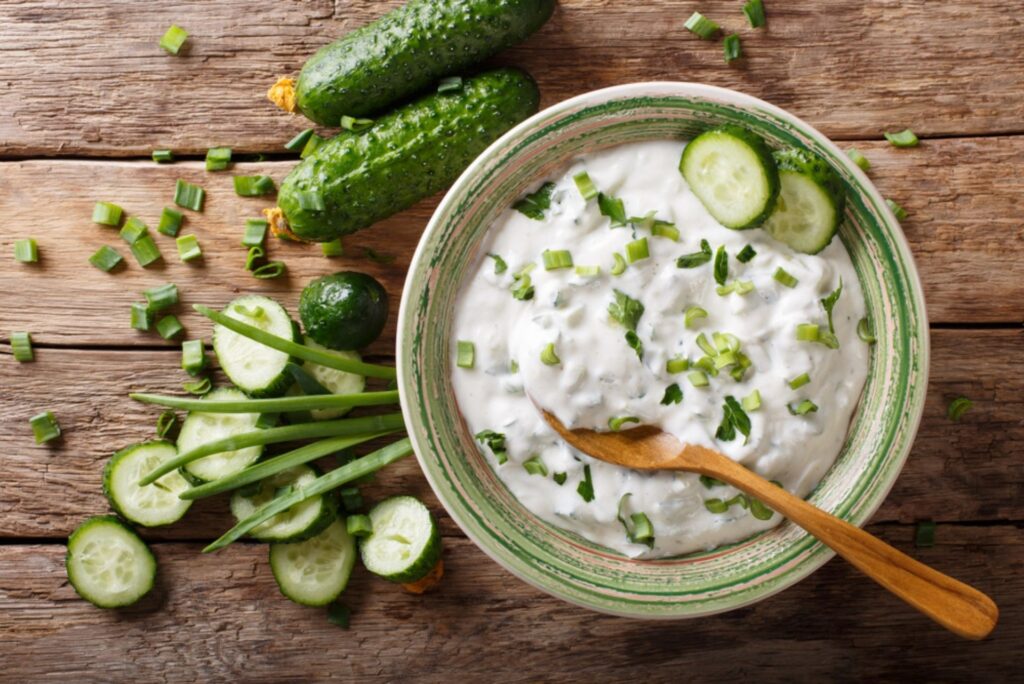 The chemistry behind dairy and vegan yoghurts

Both yoghurt and curd are set by heating milk to about 85°C , then cooling it down to 45°C, adding a starter culture, mixing, and letting it ferment for up to 12 hours. In these few hours, bacterias act upon proteins, sugars and fats to give a desired texture and consistency.

Sputi Ravi, a food scientist and chief of R&D at Indian vegan brand Goodmylk, breaks down the fermentation process: dairy protein (casein and whey) structures are very different from plant-based protein bodies. Dairy yoghurt forms when lactic acid bacteria initially act on the sugars (mainly lactose) present in the animal-based milk to produce lactic acid. As the acid accumulates, the pH of milk drops from 6.6 to 4.6, where the globular casein proteins are denatured and begin to coagulate to form the gel-like structure we refer to as curd.

“Since the base proteins are different in plant-based milks, it becomes important to select strains that work with different milk compositions,” she explains. “The more we can uncover about the sugars and proteins present in different plant-based raw materials, we can accordingly be more specific in terms of the microorganisms we use to culture these bases, the complementary ingredients that work, the processing required, and, in turn, gain a deeper understanding on how best to attain the desired functional and sensory attributes of curd.”

She further notes that dairy milks have natural emulsive properties that vegan milks lack. “When it comes to plant-based milk, the idea is to recreate it externally using equipment and different ingredients, and that is no easy task. That is precisely why you see the difference in texture and consistency when you use different [alternative] milks for yoghurt.” 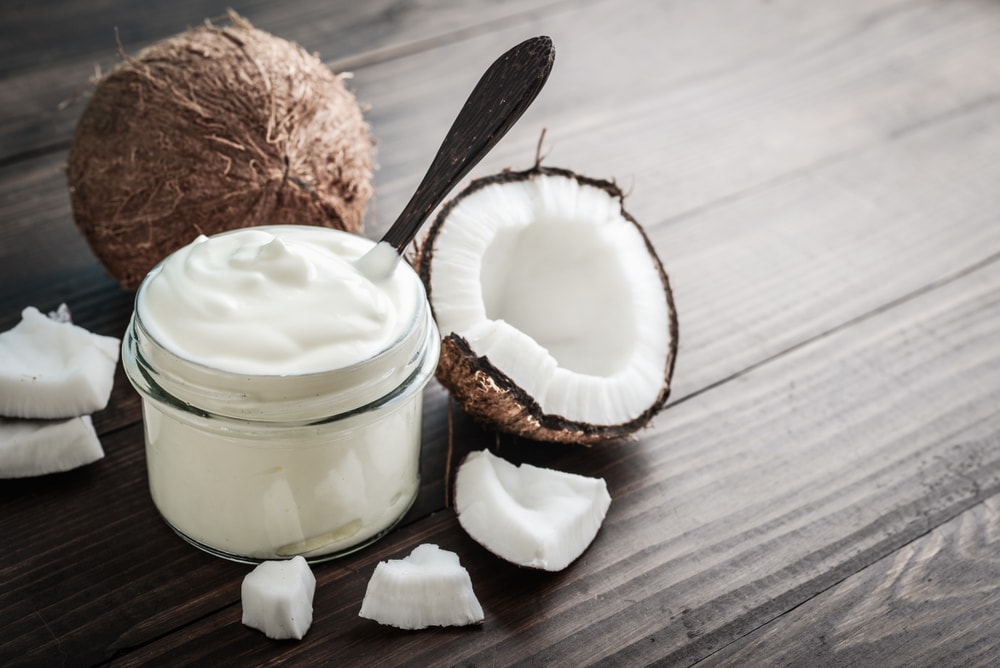 After understanding why yoghurts gel like they do and reading a whole lot of scientific jargon, setting yoghurt yourself might seem like an extremely daunting task. But it’s actually much simpler in practice. Yoghurts set beautifully with peanut, soy, coconut and corn milk.

Ravi prefers using peanut milk and vouches for it to produce a very similar texture and flavour to regular dahi, matching its use in Indian cuisines. Sharing her experience, she notes that oat milk may not be a fit for yoghurts, since oats are carbohydrate-rich, making the gelation difficult.

Mishra suggests picking up any milk with 3% protein or more with a high fat, using live bacterial culture, keeping the temperature in check and using clean utensils to set yoghurt at home. If it doesn’t set, reassess your process to see if you missed one of these steps. She adds that the fermentation period mustn’t cross the 10-hour mark, as it may result in spoilage.

If you’re feeling a little adventurous, there’s a chilli cap method too. You simply add seven to 10 unwashed caps of chillies into your lukewarm milk and let it rest for five to 10 hours undisturbed in a warm place. This batch would act as your starter and might come with a hit of spiciness, but it goes away with a couple of backslopping rounds.

The chilli cap method, however, will only work if the caps are unwashed. Mishra explains that this is important as chilly caps are naturally rich in a type of lactobacilli that helps in fermentation of milk to form curd.

So, to answer why my coconut yoghurt didn’t set — my chillies were thoroughly washed.

Muskaan Gupta
Muskaan is a history undergraduate at Lady Shri Ram College, New Delhi. Having grown up in different cities in India, she is passionate about food and culture. When she's not experimenting in the kitchen, you can find her invested in films and music. She is always looking for new things to do, is interested in studying food history and juggles between her love for filmmaking, writing and knowing the quirks of the world.
Previous articleVeducation Consultation: One woman’s mission to get veganism on the school curriculum
Next articleThe contradictory vegan character in vampire series True Blood