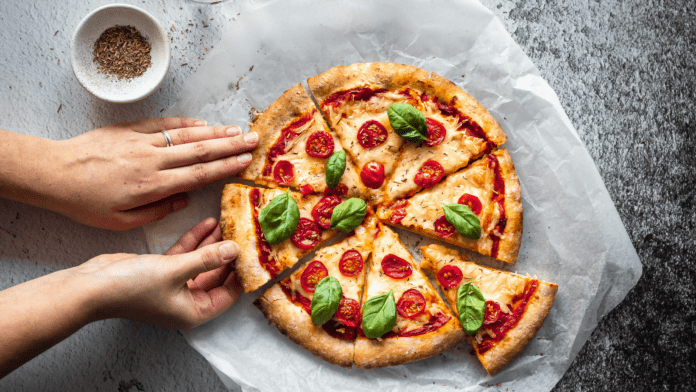 Now entering her fifth year of veganism, van Duin first went plant-based for her own health. But she was met with great disappointment when her love for pizza could not be satisfied at supermarkets. So she found her own solution: iHeartpizza, a company delivering frozen vegan pizzas to doorsteps throughout the Netherlands.

2020 has seen a significant spike in consumers opting for sustainable options in the Netherlands. With the vegan trend being adopted by more and more vloggers and celebrities, van Duin says she thinks the vegan scene there “is really popping”.

Dutch News reported last year that of 20,000 people, two in five are cutting down their meat consumption, and 17% are now vegan or vegetarian. The rise in demand is being reflected in supply. IRI Nederland revealed plant-based meat product numbers have increased by 51% since 2017, while beef, pork, and bird meat products have fallen by 9%.

Even with these statistics, entering the Dutch plant-based market could be a huge risk. But iHeartpizza started with a bang. Launching in January 2020, with a big pre-sale campaign: it sold over 700 pizzas within the first 24 hours.

Using a coconut-based cheese, the pizzas bring additional benefits of vitamin B12 – a nutrient often lacking in vegan diets. And while van Duin says compared to non-vegan pizzas, her products are “beneficial for your health, the environment, and also for the animals”; the business doesn’t label itself as “healthy”.

Plant-based products often get mistaken for being a healthy alternative. “’Oh it’s vegan, then it has to be ultra healthy, or made with bland vegetables,’ but we just want to enjoy delicious pizza, and it happens to be plant-based,” van Duin explains.

What is in a vegan frozen pizza?

Although pizza isn’t the most nutritious meal, iHeartpizza uses preservative-free, soy-free and GMO-free ingredients. The dough has  a sponge-like consistency, allowing individuals with intolerances to wheat to digest it easily. “You’ll never have that blown up feeling, even when you have a whole pizza to yourself,” the entrepreneur adds.

While the company has huge long-term plans, its current focus lies with improving customer experience in the Netherlands first. This is predominantly through ensuring the pizzas are as “accessible as possible for anyone.”

iHeartpizza supplies three products: Margherita, Spicy veggie (vegetables and jalapeno peppers) and Pizza di mama (blue cheese, spinach and sun dried tomatoes). These flavours were picked because of simplicity, and so that vegans and non-vegans alike can enjoy them. Van Duin says all three products have received highly positive reviews – none of them placing higher than another. But eventually she wants to experiment further: “In the future, we would love to have everyone’s favourite on the menu.”

While business is doing well now, the entrepreneur faced a lot of rejection in the beginning phases.

“They were saying, ‘vegan pizza is never going to work’ and questioning, ‘do people even want vegan pizza?’” But in hindsight, van Duin doesn’t see this as a negative.

“It brought me to my current production company, who are great… our production is actually done in Italy, and with that, our quality also increased,” she explains.

Van Duin says she is still pushing through setbacks like these, but that seeing all the love for her products: the “raving reviews”, the direct messages, and the social media comments, are enough to keep her motivated everyday. Her passion also factors in: “I love food, and I can now combine it with the passion I have for veganism, because it is now part of my belief system.”

On top of a slow beginning, the coronavirus pandemic also slowed iHeartpizza’s operations down. The entrepreneur had to quickly think on her feet, and adopted a model never undertaken by a frozen pizza company before: direct online delivery.

Van Duin emphasises the difficulties that the coronavirus has presented for start-ups like her own. “But we took the opportunity to make it a positive thing, by flipping the switch,” she says smiling. A couple of days a week, she would carry out deliveries herself, engage in conversation with customers, building a very personal service. She believes Covid-19 indirectly pushed her brand forward.

This was especially true for smaller communities in the Netherlands, with smaller vegan selections at restaurants and in supermarkets. “People are very happy they can have these easy meals at home. Easy, frozen pizzas,” she adds.

In five years time, van Duin sees iHeartpizza becoming an inspiration to other brands, for creating delicious vegan food that no one has to miss out on. In addition to going global, and getting her products into supermarkets, the entrepreneur discusses subverting the common conception of plant-based food.

She says: “The ultimate goal would be that it’s not called ‘vegan pizza’ anymore… to turn this perspective upside down.” iHeartpizza strives to make plant-based the norm. “It is a delicious pizza that just happens to be plant-based,” van Duin concludes.