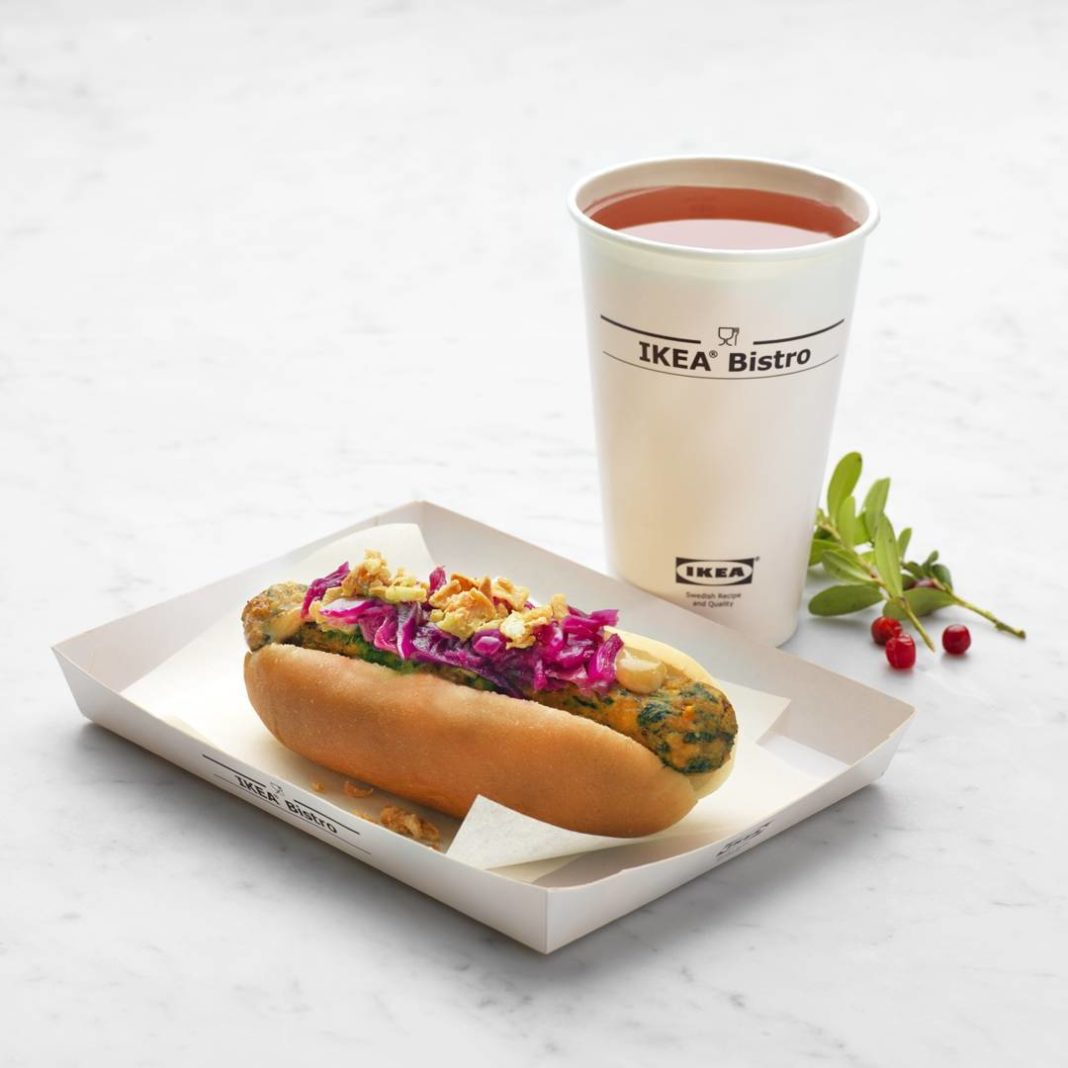 Furniture giant and retailer, IKEA this week launched a vegan hotdog at all its locations in New South Wales and Canberra in Australia. With more locations to be included soon. The $1 hotdog (AUS) is made from kale, red lentils, carrots, and ginger, and comes topped with mustard, roasted onions, and pickled cabbage. They also retail packs of 10 hotdogs for $6.99 at all IKEA Swedish Food Market (IKEA’s grocery aisle) across Australia.

According to news.com.au, IKEA’s food division serves about 13 million customers in Australia a year, selling 2.2 million of its meat-based hotdogs. It anticipates selling 1.3 million of its veggie variety. The company also plans to add six additional plant-based menu options at Australian locations over the next 12 months.

IKEA also plans to get into the food delivery business. The company believes home-delivered meals would be a good bet.  Especially in inner-city markets like the Richmond store in Melbourne and Tempe in Sydney. Nicole Kurtz, IKEA’s Food commercial manager said the company is “definitely looking into” getting its meals on the road.

“Globally they see that as the future for IKEA food. So we will wait and see what the next six months bring”. “We’re seeing changes within the furniture business with delivery. So it makes sense that the rest of the business and the food business would follow.”

The furniture giant also wants to improve the quality of its meat offerings by focusing on supplying free range alternatives.

“When we talk about sustainability it’s not just in the plant-based economy, which is great. But it’s also making sure those people who do wish to partake in an animal diet know there are options that have been carefully thought about,” she said.

This all started when IKEA debuted a plant-based hot dog at a store Malmö, Sweden. Which was back in 2018, as a working prototype to see how consumers respond. And it seemed to have shown some success. The company said “Every year, 660 million people enjoy [IKEA food], and we see this global reach as an opportunity as well as a responsibility to serve food that is good for people and the planet,”

IKEA warns that while the hot dog is vegan, the bun may or may not be, depending on locations. And that customers should check with their local stores to confirm that its buns are vegan

Damoy Robertson
Damoy Robertson is an entrepreneur and founder of The Vegan Review. Damoy is dedicated to spreading veganism to the masses which he believes will enable people to make better, more informed decisions concerning the way we all interact with animals and our planet.
Previous articleUpfield Announces €50 Million Investment
Next article‘Hooked Seafood’ Plans To Make World’s First Vegan Salmon and Tuna