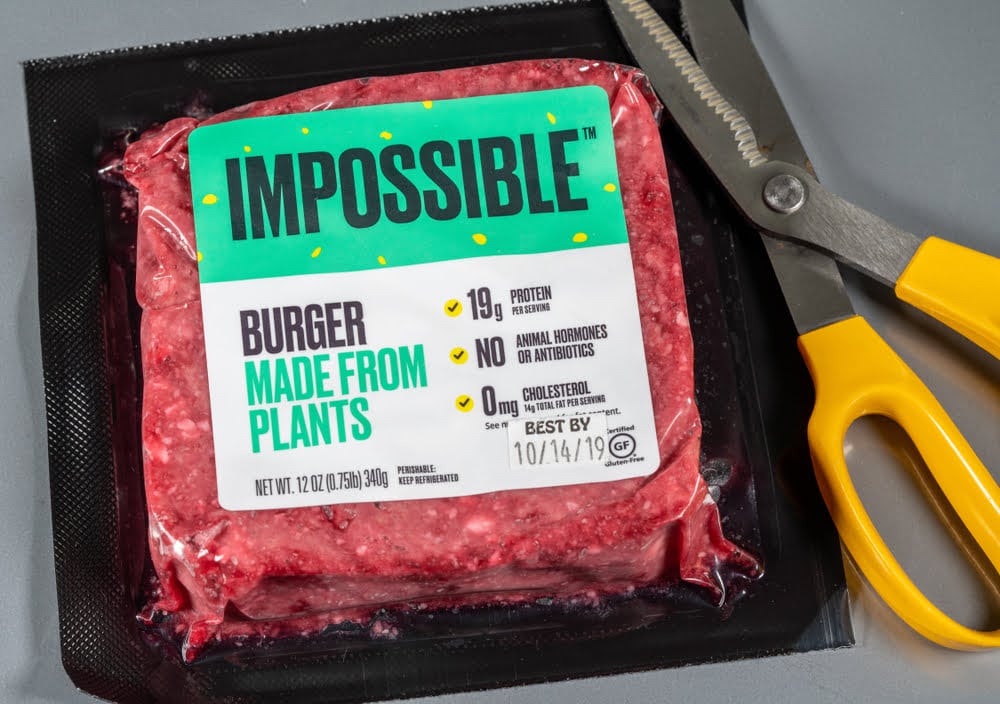 Pat Brown, the CEO of alt-meat company Impossible Foods, has hit back at critics who say plant-based meat is not healthy.

A report came out last year from critics and food industry executives suggesting that plant-based meat may not be healthy due to it being heavily processed and high in sodium and fat.

One year later, CEO of plant-based meat company Impossible Foods, Pat Brown, has responded to those accusations in an interview with CNBC Make It.

“It’s bullshit,” the CEO said. ″[Some] of these [plant-based brands] that are extremely popular now that are taking the world by storm, if you look at the ingredients, they are super, highly processed foods.”

Brown then added that his company’s products are “sustainably better”.

“What it replaces is a burger made from a cow, not a kale salad. So, if you’re saying this is not like the ultimate ‘superfood,’ you’re right,” he says.

Bloomberg reported that a study in the Journal of the American Medical Association noted that people should be “cautious” about the health effects of plant-based alternatives that use purified plant proteins than whole foods.

Critics have expressed concern about Impossible Foods using the ingredient heme in its burgers sold at Burger King, White Castle, Red Robin and Qdoba chains. Heme is a mass-produced yeast that has been genetically modified. However, the Food and Drug Administration has deemed it safe as a colour additive in imitation beef.

But the CEO of Chipotle, Brian Niccol, told the publication that meat substitutes are too processed for its chain and would not want to add it to its menu.

It analysed that it does depend on your diet whether the substitutes are better for you. However, plant-based fast foods have just as many calories, saturated fat and sodium, especially if served with the same white bread bun and can even have a higher sodium content to make it taste better. The company also revealed that whole food like ground turkey has less sodium than a meat-free alternative and shouldn’t contain any fillers or preservatives.

The feature also revealed that some of the ingredients in plant-based burgers “vary and some are healthier than others” as ingredients like soy, pea or vegetable protein don’t provide the same health benefits compared to whole foods.

However, like what Brown mentioned, the United Nations’ Food and Agriculture Organisation said there was “no doubt” that meat substitutes are better for the planet as meat production requires more land and water resources.

Anam Alam
Anam is a freelance writer for The Vegan Review and a student studying journalism. She is a passionate writer who possesses a range of skills ranging from audio, video, editorial and creative writing. Her goal is to educate the public and the world with stories that she feels need to be talked more about in society.
Previous articleVegan handbags: 3 eco-friendly brands to add to your wishlist
Next articleHigh-carb vegan diet can improve type 1 diabetes, according to new case studies