In London, it’s either grey squirrels, or no squirrels at all 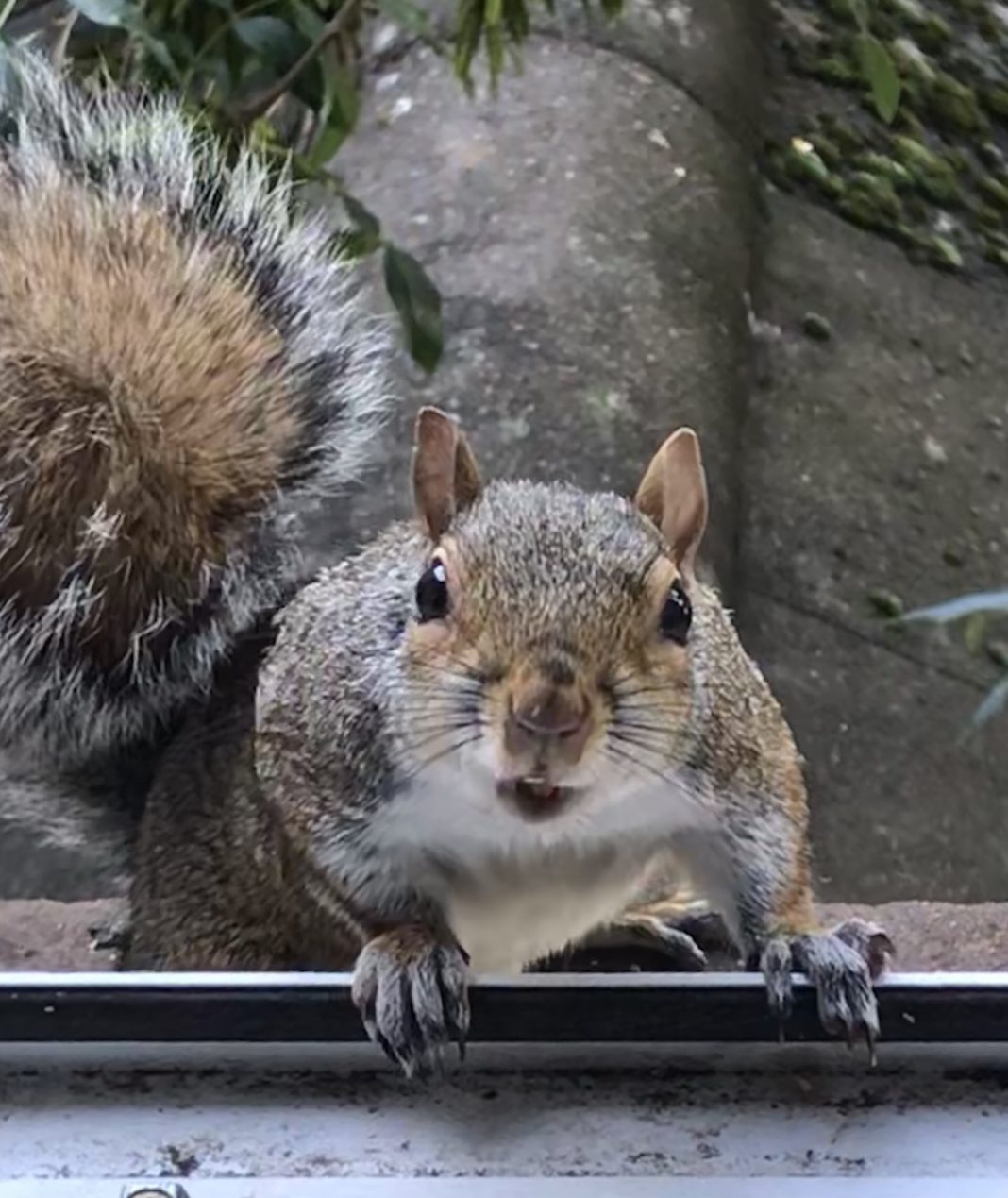 Grey and red squirrels have been in dispute for a long time, with the former blamed for endangering the latter’s population. But it’s not that simple.

Once upon a time, the UK was a wonderland for red squirrels. With plenty of wild space and forest land, they could live comfortably. But at the end of the 19th century, a new player came into the field: the grey squirrel. It´s broadly thought that the greys were what caused the reds to almost become extinct in Britain. But their numbers had started to decline before the grey squirrels had even arrived.

The main reason for that was habitat loss. Cities grew in size during the industrial revolution. According to the Institution of Environmental Science, in 1919, only 5% of the country was covered by woodland. In addition, at the end of that century, businessmen helped the spread of the grey squirrel across the country from their business journeys in North America, according to a study published in the journal Biological Conservation. Grey squirrels were big and strong enough to live in human cities.

According to Dr Lisa Signorile, one of the authors of the article, grey squirrels “are not as crazy invaders as we think — their spread is far more our own fault”. Her discoveries unveiled that the Duke of Bradford gifted many grey squirrels around the country, including London. “It was a time when we didn’t know invasive species could cause so much damage,” Signorile says.

Currently, according to The Wildlife Trusts, there are 2.5 million grey squirrels, but only 140,000 reds. But it is worth noting that red squirrels are not native to Britain, but descendants from a Scandinavian subspecies.

Nonetheless, the IUCN Red List of Threatened Species has placed the red squirrel in the ‘Least Concern’ category, with its population classified as stable worldwide.

So, after years the grey squirrels occupied the metropolitan area of London. Natalia Doran, founder of the grey squirrel organisation Urban Squirrels, says: “This is how nature always works, the habitat chooses the animal. An attempt was made to introduce [red squirrels] in Regent’s Park a few decades ago, but they died on the roads. In London, it’s either grey squirrels, or no squirrels at all.”

Doran says that, unfortunately, red squirrels are “far less adaptable than their grey cousins”. The reds need extensive forestland — ideally pine — or at least equivalent in wildlife corridors in order to survive. “They cannot thrive in urban areas,” as simple as that.

There’s also the squirrel pox virus. The first case was detected in the 1980s. Although it doesn’t affect the greys, they can spread it — like the novel coronavirus — and it’s lethal for the red squirrels.

Natalia Doran has launched an official petition to the parliament to introduce a closed season in grey squirrel cull. Many people classify them as an invasive species and seek to hunt them; some even consider eating them. The petition aims to forbid its killing during the bread months, from February to September. 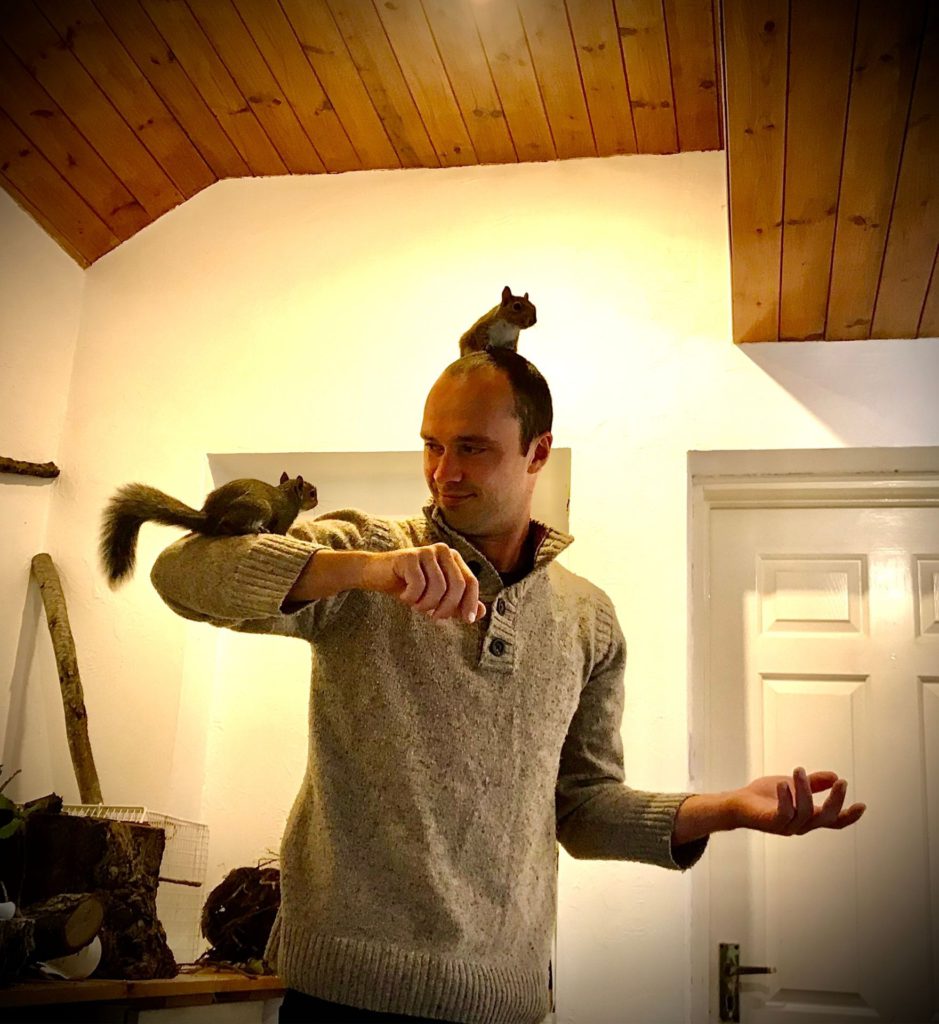 Currently, the law says it is not illegal to “lawfully and humanely shoot or trap grey squirrels” to control its population. It is illegal to release a rescued grey back into the wild, though.

Nonetheless, squirrels balance themselves out naturally. These animals breed according to predicted food availability, so when the numbers go up, the food supply goes down, and the breeding is naturally suppressed. They also have many predators who eat them.

Grey squirrels are a new link in the ecosystem chain. They help spread the seeds and nuts of trees; this also attracts insects, who are precious food for birds. Also, they are part of the natural food chain as prey for birds, foxes or hedgehog.

Indeed, squirrels are one of the best creatures to adapt to climate change. While climate zones are moving 5 kilometres a year northwards, Doran says it’s one of the few mammals who can co-exist with us in our environment: “If people want to give them a few nuts in shells, for example, that would be greatly appreciated. Squirrels have very advanced cognitive skills and figure out quickly who their friends are, and return the friendship.” So, next time you see a squirrel in London, remember it is not an alien, but a member of the London ecosystem.

Juanele Villanueva
Juanele Villanueva is a freelance journalist passionated with Environment Affairs. He is originally from Spain and started to be interested in the Environment and sustainability when he was in his masters at the University of Salford. His goal is to share stories which change the general belief that being eco-friendly is just for wealthy people. Moreover, the vegan diet is the easiest step that everyone can do to reduce its environmental footprint. He is also interested in conservationism, recycling, renewable energies and environmental policies
Previous articleGood Catch: what is plant-based fish made of and does the taste hold up?
Next articleIs Colgate vegan? A look at the toothpaste’s ingredients