Biomedical waste in India caused by Covid-19 is worsening the country’s climate and the daily lives of its citizens.

Just take one look around you and you’ll find one or more components contributing to environmental degradation and worsening climate change effects. Whether it’s the excessive increase of factory farming, meat consumption, or the ongoing deforestation of our oxygen provider, the Amazon, everything impacts the Earth. One major component that has a significant effect on our planet’s wellbeing is waste.

Industrial waste, demolition debris, fossil fuel combustion waste, mining waste, and countless other types of waste add up and exacerbate pollution. According to the World Bank, the world “generates 2.01 billion tonnes of municipal solid waste annually” — and that’s just one category of waste.

A major waste contributing industry is the medical sector, and Practice Green health reports that in the US alone, hospitals generate more than 5 million tons of medical waste each year.  The number for the collective global biomedical waste is far greater, and India is a prime contributor. In 2018, according to Statistica, India produced 550 metric tons of biomedical waste per day.

Covid-19’s impact isn’t just limited to extreme socio-economic and human suffering; it has also contributed to environmental disasters, a key contributing factor of which is biomedical waste. 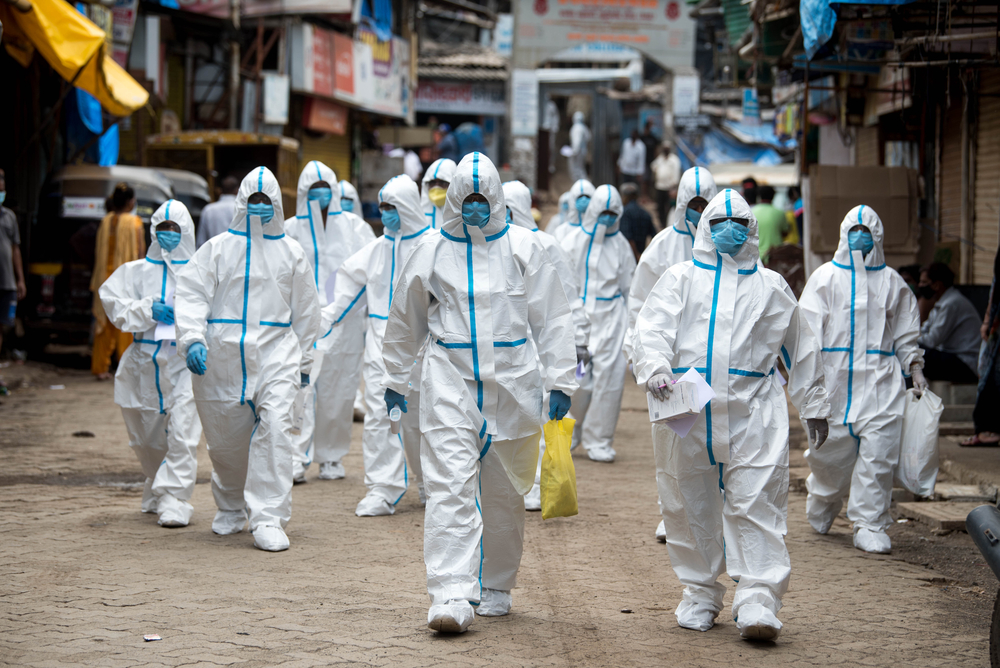 In 2020, according to the Central Pollution Control Board, India generated around 146 tonnes of biomedical waste everyday due to treatment and diagnosis related to Covid-19. The pandemic increased the country’s biomedical waste by 17%.

So, what exactly comprises biomedical waste? It’s any waste generated from the medical sector. Waste is produced from every medical procedure, including surgery, diagnosis, treatment, and medical research. So, everything from the cotton used to stop bleeding after an injection to the remaining liver after a liver transplant surgery is biomedical waste.

Read a test centre worker’s account of plastic waste due to Covid-19.

Biomedical waste poses a great threat to several fronts of our existence. The threats on the environmental front include waste accumulation, plastic pollution, and improper disposal. Plenty of biomedical waste is disposed of by burning, dumping it in the ocean, or sending to landfill. This causes air, water, and land pollution and increases global greenhouse gas emissions.

The threats on the human level are tied to the environmental impact. By polluting air, water, and land, human beings directly suffer the consequences. These come in the form of diseases, lack of sanitary surroundings, and lack of clean water. Additionally, healthcare workers, who are constantly surrounded by medical generated waste, often bear the brunt of this.

India has been one of the worst pandemic-affected countries, with more than 31.5 million reported cases, a number that is constantly on the rise. However, these statistics only reflect reported cases, and the reality is far grimmer. The pandemic brought with it unfathomable sorrow and loss across the globe, and this was also the case in India.

The first factor of an increase in biomedical waste in India is the country’s population. Its 1.3 billion people require a proportional number of Covid-19 vaccines, test kits, and treatment equipment. The biomedical waste from the country includes plastic, cotton, syringes, and more. In addition to the medical equipment, India saw an increase in biomedical waste through a bleaker consequence, and that was the increased death toll and lack of burial and crematorium facilities. The country has seen more than 420,000 reported deaths, and that has caused an epidemic of inappropriate disposals of dead bodies.

People’s dead bodies were thrown into rivers, and thousands more were left in a lineup at cremation lands. According to the BBC, over 71 corpses were submerged in the country’s holiest river, the Ganges. All these factors have worsened the biomedical waste from the pandemic.

But can the amount of biomedical waste in India decrease? What are the possible waste management solutions? It isn’t a realistic option to hope for a reduction in biomedical waste immediately, as the coronavirus continues to mutate and is still prevalent in the country, with a third wave on the horizon.

However, providing better body disposal facilities to everyone, improving water waste treatment, and implementing stricter guidelines for biomedical waste disposal for every hospital in the country can be a great starting point.

Sunayana Samantaray
Previous articleExtreme heat could make it too hot to work for 60% of US workers by 2050
Next article92% of Londoners now worried about climate change, shows poll