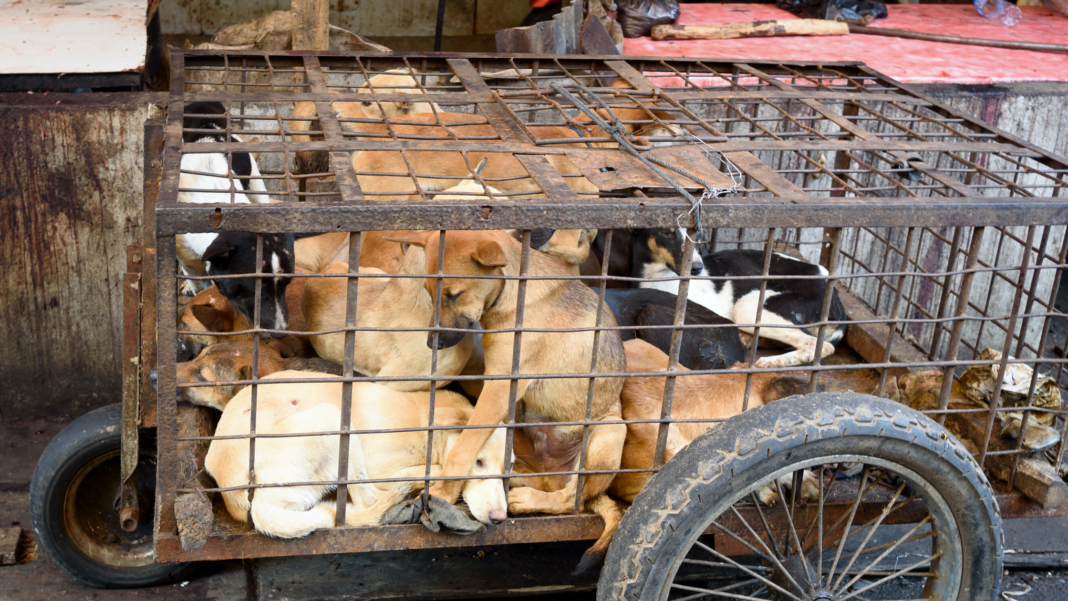 The government of Nagaland in India have announced they will be banning the trading, sale and commercial import of dog meat, both cooked and uncooked, in the state. The state’s Chief Secretary, Temjen Toy tweeted the announcement and said he appreciates ‘the wise decision taken by the State’s Cabinet’.

The State Government has decided to ban commercial import and trading of dogs and dog markets and also the sale of dog meat, both cooked and uncooked. Appreciate the wise decision taken by the State’s Cabinet @Manekagandhibjp @Neiphiu_Rio

This comes after the Federation of Indian Animal Protection Organisations (FIAPO) appealed on Thursday for the Nagaland government to act on dog meat sales and to have stricter welfare laws. An image circulated on social media showing the animals bound in sacks in the wet markets, ready to be sold, the outrage caused the administration to act. Other organisations to also critique against the trade were People for the Ethical Treatment of Animals (PETA) and the Humane Society International (HSI).

The HSI estimated that over 30,000 dogs are subjected to cruelty for consumption, while the FIAOP found that the animals are regularly smuggled from Assam into Nagaland every day. The organisation has been protesting against the trade for several years. While the government promised to put an end to the consumption to dog meat in 2016, there was no development, and the smuggling continued.

The managing director of HSI, Alokparna Sengupta, said in a statement, ‘The suffering of dogs in Nagaland has long cast a dark shadow over India, and so this news marks a major turning point in ending the cruelty of India’s hidden dog meat trade.’

Anam Alam
Anam is a freelance writer for The Vegan Review and a student studying journalism. She is a passionate writer who possesses a range of skills ranging from audio, video, editorial and creative writing. Her goal is to educate the public and the world with stories that she feels need to be talked more about in society.
Previous articleJammie Dodgers Switches Back To Vegan Recipe
Next articleiHeartpizza: Holland’s First Vegan Frozen Pizza Brand