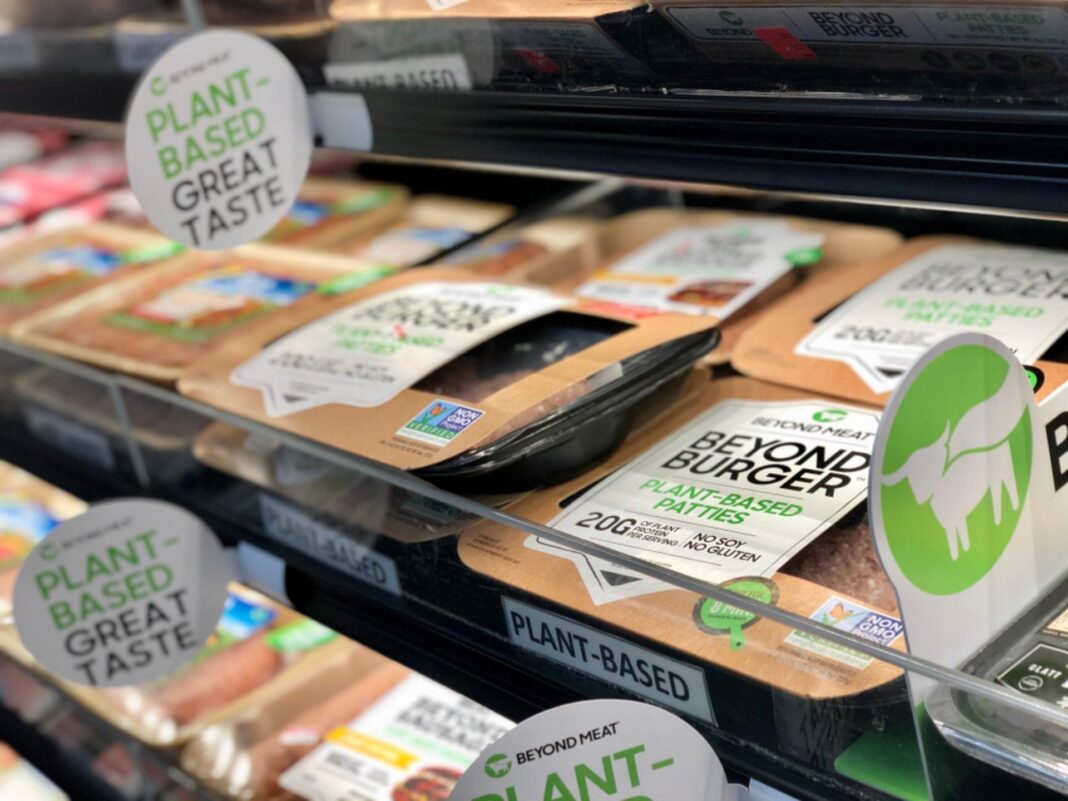 In a webinar last week, industry experts from companies like Beyond Meat, GFI and Impossible Foods discussed plant-based meat trends and its future.

FoodNavigator held a webinar on October 14 with a panel featuring David Lee of Impossible Foods, Tyler Huggins of Meati Foods, David Welch, of The Good Food Institute, Darcey Macken of Plantessa Food and Chuck Muth of Beyond Meat.

It was noted how the growth in meat sales was at 28% and fully cooked meat products at only 9%, given how mature the traditional market is. But plant-based meat sales still only account for about 1% of the market.

Plant-based milk sales account for 14% of the fluid milk market. Overall, plant-based meat sales went up 14%, whilst plant based milk products went up 40%.

Wells Fargo predicts plant-based meat will account for 4% of the US market in 10 years, whereas investment firm Bernstein thinks it could be as much as 12% or 15%. It is thought these sales will account for 20% of the global market by 2035, at a value of $370 billion.

Innovation in taste, texture and nutritional content are key elements of the development in the plant-based meat market.

The Good Food Institute’s Welch referred to improvements in technology including using 3D printing and spinning fibres like they used to spin in mills to improve the fibre structure to mimic meat, “breaking down plant proteins” and restructuring them to create that “meat-like texture.”

There are also developments in flavour and aroma, including the development of not only more plant-based meat textures, but also plant-based fat, with challenges including scaling up to meet demand and bringing costs down.

Muth from Beyond Meat says the company is always exploring more sources of protein, already using mung beans, fava beans and more. Macken says Plantessa Foods is focused on delivering protein to meet the trends and developments in the plant-based meat market.

“The global market is so large we’re going to need every form of innovation to deliver,” said Impossible Foods’s Lee, adding: “Our mission demands that the heritage of the company in science continues to push forward, and not just [with] ingredients — I think the methods of production scale we use including fermentation [are important] forms of innovation.”

Welch of The Good Food Institute referred to hybrid products, utilising proteins and fermentation processes; but Meati Foods has a different approach. Huggins, its CEO, explained that the fungi the company uses, mycelium (which is also being used to create vegan leather), has been “beneficial for creating the world we live in today”; having drifted away from nature and letting mycelium grow naturally, feeding it, for example, sugar. “[It] converts sugar into meat.”

Its products contain amino acids that you’d find in meat but fibre minerals and vitamins that you would only find in plants.

The webinar featured a survey asking viewers their response to the statement: “Plant-based products are going to completely replace the animal-based products in the food world within the next 15 years,” which Impossible Foods CEO Pat Brown had stated in a CNBC interview back in June.

3% agreed that in 15 years, the conventional meat and dairy industry will be obsolete. 19% agreed in principle, but felt it will take longer than 15 years. 69% said animal products will sit alongside plant-based, cell-cultured, and fermentation-based foods, but will never disappear. While the remaining 7% disagreed, stating he’s living in a vegan “fantasy world”.

Jessica Fox
Jessica has been vegan for nearly 20 years; over the past 8 years, she has been actively involved in the London vegan community, organising and hosting a variety of vegan events.She also regularly hosts walks, potlucks, and art/creative writing workshops. Jessica is an artist, writer, and genealogist; she loves photography, swimming, and walking in the countryside and seaside.
Previous articleThe rise and rise of vegan weddings in Israel
Next articleBioplastics: Are plant-based materials the solution to plastic pollution?