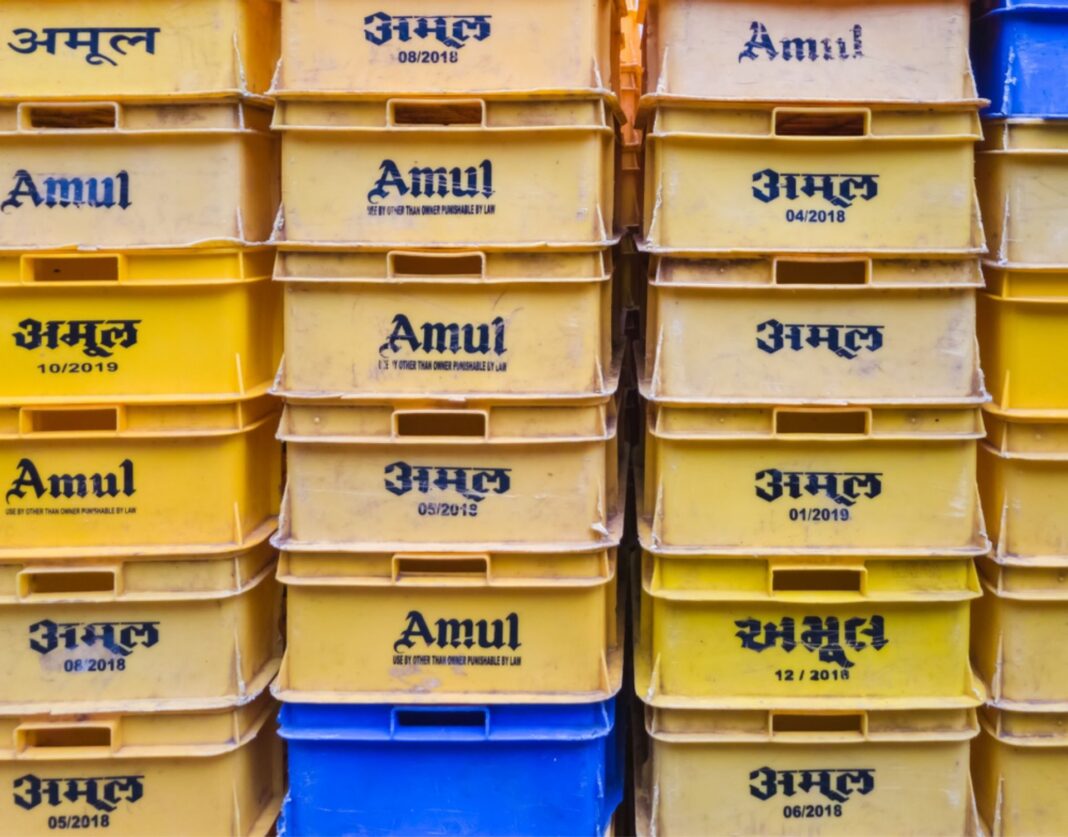 India is the world’s largest milk-producing nation in the world. Here’s an insight into its dairy industry, and why it’s the biggest obstacle to veganism.

Since 1997, India has been the largest milk producer in the world. In 2014, India’s milk production surpassed the entire European Union’s. Now, the annual milk production has increased to 187.7 million tonnes per year, with per capita consumption clocking at 394 grams a day.

The dairy industry in India is huge. It has the highest bovine population in the world, accounting for 22% of the global milk production, but it’s also the largest dairy consumers.

So how does this nation consume so much dairy while most adults are known to be lactose intolerant? Studies show that genetic modification occurred in regions where animals were domesticated in the neolithic period, and humans developed the ability to break down lactose post-infancy. India, among many, was one such region.

However, this development was primarily focused at the Indus and Gangetic valley civilisations — which make up the present-day north India, owing to the domestication of cattle and water buffaloes. A large part of the southern and northeastern population is lactose intolerant, but many fermented dairy foods make their way into their diets. Eastern India primarily uses goat, yak and sheep milk, and parts of west India utilises camel and horse milk.

Dr Pushpesh Pant, a food historian, writer and critic, traces the beginning of dairy use in the subcontinent to pre-vedic times: “We haven’t been able to decipher the script of the Indus Valley civilisation, but animals like humped bull and cows have been shown in [cave] paintings. They were not just objects of worship but were used for dairy produce.”

Once the nutritional potential of milk was recognised, there was a heavy introduction of dairy in cuisines across the nation. Indian food goes way ahead of naans and butter chicken. The cuisine and flavours change every 100 kms here, and if I were to give you regional examples of dairy in food, the list would be never ending. 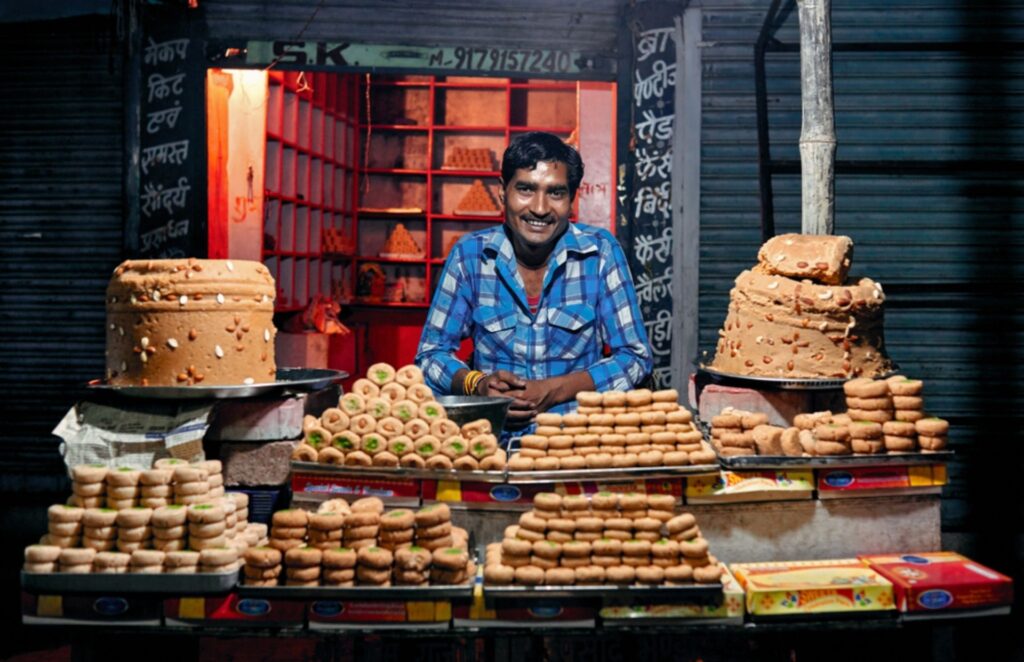 “India is a diverse country, but there are great regional similarities,” Pant explains, rounding up the commonality of dairy use in the subcontinent. “You have a whole range of products, from cooking medium, to sweets, desserts and accompaniments that are byproducts of dairy.”

An interesting segue to the dairy industry is the Indian sweetmeat industry. A hub for both vegan and dairy-rich sweets, India is a hot destination for people with a sweet tooth. While it is easy to find many vegan sweets in India — as ghee can be replaced with oil — milk-based sweets are the charmers.

The dairy industry heavily supplements the sweet sector, and about 7% of milk produced in India is converted to Khoya — a base for sweets made by thickening whole milk. While this industry makes extensive use of milk and its byproducts, just the market of Khoya-based sweets accounts to an estimated 520 billion rupees (£5.3 billion).

With India’s growing population and increasing spending capacity, the demand for dairy continues to rise. The Indian dairy industry is estimated to cross 21,971 billion rupees (£225 billion) by 2024.

The dairy boom began with the initiation of the three-phase White Revolution, also known as Operation Flood. Under this scheme, government subsidies pushed Amul, Milma, Nandini and Mother Dairy to become household names.

This project aimed to increase dairy production — primarily milk — whilst finding a more suitable and sustainable system for farmers, to provide them with financial stability. To ensure a higher milk output, cattle and buffaloes were bred with European varieties and artificially inseminated. For the latter, Gujarat-based Amul, India’s largest dairy company, hailed as a victor, as small farmers accounted for 70% of its milk production.

Amul wishes to establish itself as the largest dairy organisation in the world, and, as of 2019, ranks as the ninth-largest dairy company globally.

The general norm for the dairy industry is to feed the meat industry. Whilst that is true for a large range of animals, under the Modi government, there was a ban on the consumption of beef in various states of India. Slaughter of cows and buffaloes was seen unjust from Hindu religious sentiments. But ironically, at the same time, India ranks as the 3rd largest beef and veal exporter in the world.

India is still an untapped market for the global dairy investors owing to the heavy tariffs and policies to protect India’s domestic production. Cooperatives and the private sector account for just 35% of the total marketable surplus of milk, meaning a very large population of the dairy producers lie in the unorganised sector. By 2025, this is exactly what the National Dairy Development Board (NDDB) plans to tackle. The goal is to provide rural milk producers with greater access to the organised milk processing sector.

The future for this industry looks glorious with the ever-increasing demand. Several issues like fodder production and disease control continue to be a challenge, but the NDDB found a solution, which is to increase the milk production per animal, rather than increasing the bovine population.

The dairy farming sector provides huge financial security to the farmers, especially the marginal and landless. In early 2019, India’s Union Agriculture Minister said about 80 million rural households are engaged in milk production and thus, a vegan shift, though hypothetical, becomes a hot topic for debate.

Muskaan Gupta
Muskaan is a history undergraduate at Lady Shri Ram College, New Delhi. Having grown up in different cities in India, she is passionate about food and culture. When she's not experimenting in the kitchen, you can find her invested in films and music. She is always looking for new things to do, is interested in studying food history and juggles between her love for filmmaking, writing and knowing the quirks of the world.
Previous articleWhat is hindering India’s vegan revolution?
Next articleInjustice is injustice: The intersectionality of LGBTQ+ and veganism in Taiwan