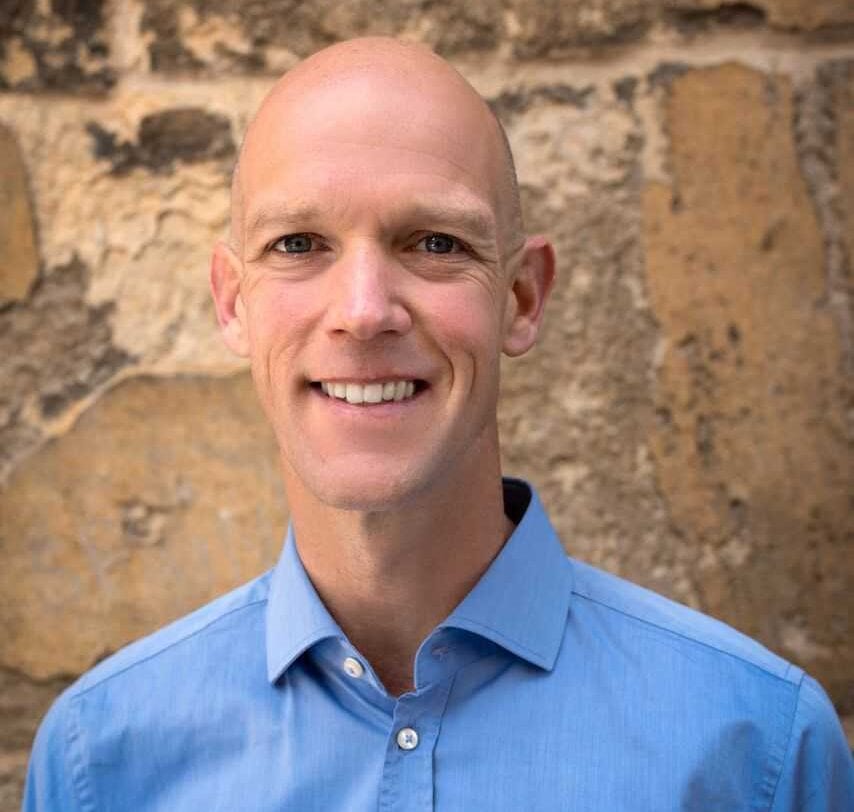 Shawn Stratton, founder of the International Vegan Film Festival, speaks to The Vegan Review to talk about this year’s event and the challenges of going virtual.

Shawn Stratton is the founder and director of the International Vegan Film Festival, co-host of the Plant-Based Profits Show, as well as a leadership consultant, speaker, author, and mountaineer.

Once he had wrapped his head around what a virtual film festival would look like, how it could work in the absence of a real theatre and live audiences, there was a shift from disappointment to excitement. The Vegan Review spoke to Stratton about the challenges of organising an online film festival, his goals for the International Vegan Film Festival, and the future.

Could you tell us about the challenges you faced going virtual this year?

I guess the challenges in the beginning were how it was going to look being a virtual festival; we’re focused usually on a theatre experience, and then a worldwide theatre experience, (where the festival tours different communities around the world). I didn’t even know how an online festival would work.

It just took a bunch of research — I think we were really fortunate; most of the lockdown, at least in Canada, happened in March, and our festival wouldn’t be held until October.

I felt very bad for the festivals that happened in March, April and May, because they had to really scramble and really figure things out fast. Fortunately, we had some time to do research and figured out how to do it.

In that time, several companies came online, offering very good quality, virtual film platforms for festivals. After a lot of research, we landed on Eventiv, had a conversation with the owner and people were impressed.

We had a trial run in July, streaming five films, to get familiar with the platform. It was very helpful. We shifted from being disappointed — not being in a theatre — to excited, about all we could do with the festival, in terms of going virtual, offering our event to the world, essentially. Being online, we were able to offer so many more films then we normally do.

The festival started on October 10, and draws to a close on October 17. Hopefully, we are, right now, reaching many more people than would usually get to see the festival.

We shifted our marketing from putting posters around town [in Ottawa] to marketing around the world. So we’re not out beating the streets, but at the same time, it’s hard to focus on the world, cover the world; we have done some paid Facebook advertising, tried to do a bunch of media through vegan organisations, podcasts, magazines, new sites, trying to get the word out.

28 films were chosen; all 28 can be shown in Canada, but due to distribution geo-blocking, only 25 can be shown internationally; the deadline for submissions was July 1.

Tell us about the selections for this year, how they were chosen, and your particular favourites.

“I’ve got a soft heart for the sanctuary films. Butenland from Germany, is a great film about an interesting couple; a former dairy farmer and a former activist became a couple, decided to change their farm from a dairy cattle farm and turn it into a sanctuary, “a retirement home for cows”, as they call it. The film highlights that process of transformation — it’s very, very heartwarming.

In Kindred Creatures, a gentleman in the United States travels around the midwest, visiting a bunch of different animal sanctuaries, and discusses the highs and lows and challenges of animal sanctuaries — these films are always nice.

Hogwood, a modern horror story from the UK, is a very hard film to watch, but it’s pretty intense and very worthwhile. They did an investigation over several years at the farm, really trying to get Tesco, the UK’s biggest retailer, to stop selling from this horrible factory farm, because of their inhumane conditions for any animal. Eventually, they won their battle; Tesco dropped that farm. It’s a tough film to watch, there are some graphic scenes, but it’s very important and very well done.

Read our feature on Lawless Lands, part of this year’s festival, with an exclusive interview with director Kate Fox.

What do you hope to achieve with the festival, what feedback have you had on previous fests and this year’s event?

Overall, we want to help people realise the benefits of the vegan lifestyle, and hopefully, more people will become vegan; that’s the ultimate goal for the festival. Other goals would be to educate non-vegans, the vegan-curious, and vegans to continue to be vegan, and to entertain everyone — those are the three buzzwords I use.

Another aim for the festival is to provide a platform for filmmakers to highlight their vegan-themed films; there’s not really a platform for that in the world right now, so I wanted to do it.

There are some very good vegan films on Netflix and other streaming services. But there are hundreds more for every one film that gets on Netflix, which don’t have a place to call home. We want to provide those filmmakers with a platform, for them to keep doing more films, keep getting better at their films, and keep diversifying their subjects and topics.

We want to get their films in front of new audiences from around the world, that’s one of the goals we’ve set for ourselves, that we want to achieve. The kind of consistent feedback [we’ve received] is that people really enjoyed the diversity of the films this year. We had five categories: health and nutrition, environment and protection, animal advocacy, lifestyle, and public service announcement [added this year].

So in the past years when people have come, they really have been impressed with the diversity, that it’s not all animal welfare-focussed, it’s not all health and nutrition; it touches on everything.

They’re all really well done; there’s a spectrum of films from new, independent, student filmmakers and some tried-and-true veteran filmmakers, with hundreds of thousands — if not millions of dollars — in the budget. So the diversity is quite well-matched.

Obviously, the filmmakers are really happy to have the film festival like this — most of them are happy, the ones without distribution deals are happy that we are going global and their films are getting further reach than normal.

Check out the list of vegan documentaries on Netflix.

Do you have any future events planned?

I have tons of plans in the works, at least tons of ideas. I think this online festival is here to stay. I saw a day doing this — three or four to five years down the line — but then Covid happened, and things moved faster, which was happening with most businesses.

I’m really enjoying it, being online and extending our reach. We do also have, in past years, a world tour. Local hosts and communities buy a licence to stream a two-hour screening of the best of the short films from the world tour.

We’ve put that into a package we call “A Festival in a Box”. They purchase that, and they get the films, the marketing material, templates for sponsors, templates for scripts, and then it’s in their local community and theatre. They do the marketing, they sell the tickets, they get the revenue and they keep all the revenue; some do it as a side business, some do it as a fundraiser, some as a student group, to get people together.

So I look forward to having that world tour come back because I don’t want to see the theatre experience go away. It’s a really powerful community event. It’s really important that people can get the time to see each other in person, and hug and high-five and talk about films.

And there is so much more we can do online, between chat groups, interactions and live Q&As. They are all pre-recorded — some of those are glad we could do it, but it would be so nice to have those live again and to have questions from the audience. This year, we just didn’t have the manpower, capabilities or the confidence that the live stream would work, so we got them pre-recorded. Next year, maybe we’ll have the time, energy, focus, and budget to pull off the live events.

One thing we had this year is that just about all the filmmakers have done introductions to their own films, which was exciting — it’s very nice to get a face on the filmmakers, have some inside stories behind the films, how they got started. That’s been really positive and I’m sure we’ll keep it going in the future.

Jessica Fox
Jessica has been vegan for nearly 20 years; over the past 8 years, she has been actively involved in the London vegan community, organising and hosting a variety of vegan events.She also regularly hosts walks, potlucks, and art/creative writing workshops. Jessica is an artist, writer, and genealogist; she loves photography, swimming, and walking in the countryside and seaside.
Previous articleTal Gilboa: ‘We can shout and scream but all we achieve is offending people’
Next articleTravelling the globe for a vegan partner: ‘What’s the worst that could happen?’