Is Britain ready for the Future Normal? 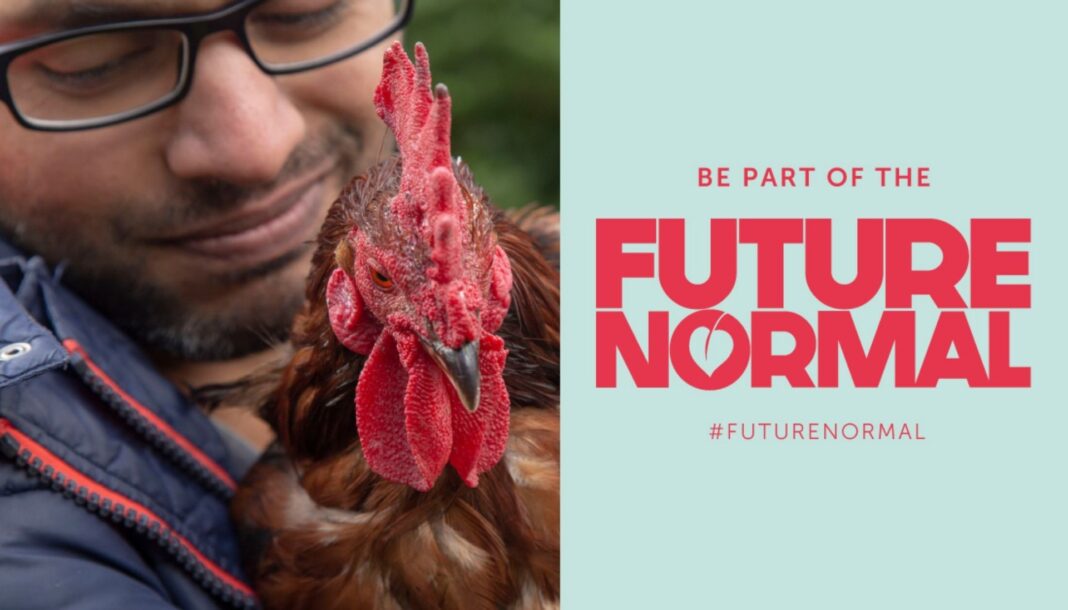 Even before our world turned upside down and everything changed, many of us felt a growing discomfort and sense of injustice about how we exploit non-human animals and the natural world. To consolidate on the vegan boom and desire to hit restart gaining momentum in 2020, The Vegan Society has launched its biggest campaign yet: Future Normal.

Seeking to create a kinder future for all animals, its new campaign is aimed at those who would consider themselves animal lovers, but are yet to make the connection between this core belief and the animal products they often consume.

That being said, it appears that an increasing number of people are beginning to ask themselves the right questions. A survey commissioned by Future Normal and The Vegan Society has found that almost half of Brits who eat meat feel hypocritical for loving animals while eating others.

When asked how strongly they agree with the statement ‘It’s hypocritical that we eat some animals, such as pigs, while loving others, such as dogs, and keeping them as pets’, 47.8% of respondents either slightly or strongly agreed, with the figures reaching 33.2% and 14.6% respectively.

Respondents were also questioned whether they ever feel guilty about eating meat. Similarly, 40.3% of respondents expressed guilt to either some or a great extent, highlighting how the dietary behaviour of meat-eaters and animal lovers in Great Britain is often in contradiction with their own values. It is clear that there is an increasing level of doubt and guilt among the omnivorous population about what they’re consuming.

‘Why is one animal a friend but the other food?’ is a pertinent question that has been asked by vegans for decades. Now, it appears, an increasing number of meat-eaters are beginning to ask themselves that very question.

This is helped by the tangible increase in the ease and accessibility of veganism we’ve seen over the past few years. With investment and innovation at an all-time high, consumers are now being giving countless opportunities to make the compassionate choice and adopt a vegan lifestyle in the supermarkets and on the high street.

Hopefully, by asking the right questions, we can encourage more consumers to take advantage of these opportunities, with the hope that they will soon purchase products with their hearts and consciences instead of either learned behaviour or the comfort of the familiar.

If we’re open to making changes in our lives, the Future Normal is a place we can create. Now more than ever, we need to be reminding people that being vegan simply means living in line with the ethics that so many of us already hold in our hearts. The more lightbulb moments we create, the more animals we can save from needless exploitation. For every heart and mind that is won, we are a step closer to ushering in a new dawn for veganism this decade, and in doing so, creating the Future Normal that we all know is possible.

Matt Turner is the Media and PR Officer for The Vegan Society.