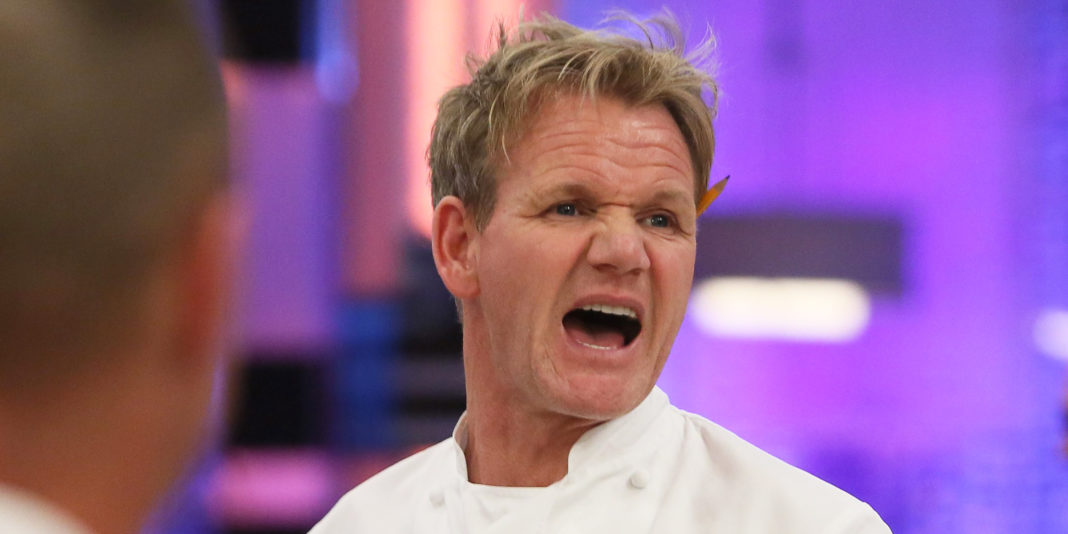 TikTok was a flurry of activity when Gordon Ramsay announced he was turning vegan, but of course, he isn’t really; he is simply creating some plant-based tutorials.

The King of Sting, Gordon Ramsay, made an attempt to take the clickbait crown as well, when he hopped onto TikTok to proclaim he was turning vegan. Though his eggplant “steak” recipe could have added some credence to his claim, it was quickly revealed that no, he wouldn’t be ditching animal products in his own diet. Instead, he is set to launch a number of plant-based recipe tutorials on the video platform.

After decades of cooking and thousands of hours behind the stove, it would have been quite a coup if the celebrity chef, famous for his no-holds-barred language and opinions, actually gave veganism a try. But guys, it’s Gordon Ramsay. and his distaste for all things vegan and vegetarian dates back plenty of, fully traceable, years.

Let’s not forget that this is the man who claimed to be a member of PETA, before “hilariously” revealing that in his mind, it stood for “People Eating Tasty Animals”. If that’s not enough, what about threatening his children with violence if they ever deigned to turn veggie? “My biggest nightmare would be if the kids ever came up to me and said: ‘Dad, I’m a vegetarian.’ Then I would sit them on the fence and electrocute them,” he famously revealed in an interview with the Daily Mirror.

Add in numerous occasions of tricking vegetarians to eat meat or meat-based dishes and at best, we have a misguided bigot — who has cited “vegans” as his worst allergy — and at worst, we are dealing with a sociopath. Though not an unsavvy or commercially naive one.

Read our interview with Dotsie Bausch to see how real vegans are using their celebrity status to influence positive change.

It might surprise you to know that the allergy comment came in 2016, yet here we are, five short years later, and Ramsay is happily cooking up vegan steaks on TikTok for his 22 million followers. Of course he is; the first video amassed a huge 13 million views and is still going strong.

Maybe it was the clickbait opening that saw him address the camera and say: “Hi guys, it’s Gordon. I’ve got a confession. After three decades of cooking, hundreds and hundreds and thousands of hours behind the stove, I’m turning vegan.” This wasn’t true, naturally, but it piqued the interest of hopeful plant-based Ramsay fans, a phrase that makes me raise an eyebrow and suppress a gag reflex as I type it.

Let’s call this what it is: a clever, astute and cynical attempt to reach a growing demographic of consumers that Ramsay has previously been unwilling to cater for. Moreover, he has sought to actively marginalise us, by refusing to serve vegans in his restaurants. And yes, I experienced this personally, when I tried to book a table at Claridge’s for an anniversary meal with my husband a few years back. I was informed, in no uncertain terms, that “Gordon did not seek to cater to vegans in his restaurants and no steps would be taken to ensure your dietary predilections were met”.

Yet here we are in 2021, and we are supposed to believe that he is rebranding as some kind of vegan TikToker? Hmm. I hear the sound of money in the bank rather than a genuine epiphany, especially when he is still engaged in a TikTok war with That Vegan Teacher.

What plant-based diet? Seriously, giving this any credence at all is just reductive to our entire cause, lifestyle and movement. Is it a good thing that more big names and celebrity chefs accept that there is a market for alternatives to animal products? Of course it is.

But if we start going so far as to commend them for jumping on the profitable bandwagon when we know they are doing so with purely fiscal motives, we have gone wrong somewhere. Especially when no apologies for previous bigotry are forthcoming either.

So, thanks for making an eggplant steak, Mr Ramsay. Now how about leaving the real vegan cooking up to the professionals that have been killing it for years? Yeah, we’re looking at you, Laura Miller, Bryanna Clark Grogan and Eric Tucker.

Amy Buxton
Amy is a committed ethical vegan, raising a next generation compassionate human with her husband and their beloved dog, Boo. A freelance writer with a background in PR, she decided to use the COVID lockdown period to refocus her client base and has come to The Vegan Review as a senior writer and editor, before moving into her external content director role. "What we should be doing is working at the job of life itself" is Amy's mantra, courtesy of Tom from The Good Life.
Previous articlePlant Science: the challenges of making vegan brown butter
Next articleBattling the difficulties of transitioning from vegan to whole-foods plant-based