Is honey vegan? Why it isn’t and its best plant-based alternatives in 2021 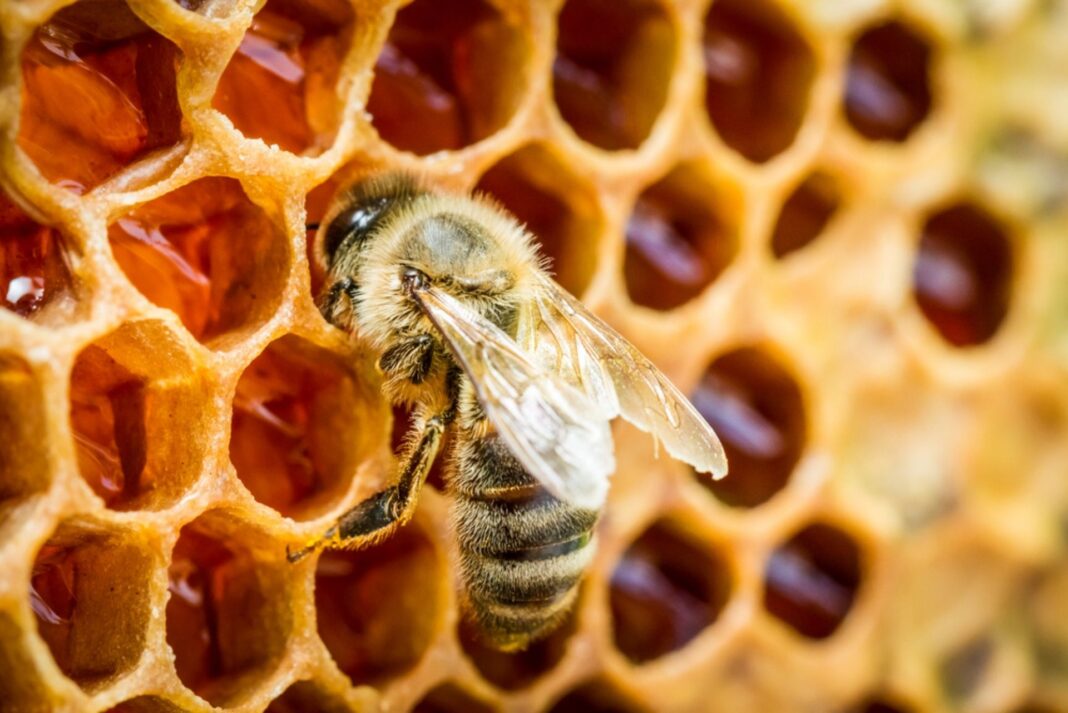 It’s one of the most debated questions among the vegan community, but is honey vegan? Here’s a look at this bittersweet controversy, its problems and alternatives.

A thick golden substance made out of bee nectar, honey is one of the most recognisable sweeteners out there. Serving as an antidote to sickness and as a twist in savoury cooking, it is a versatile ingredient but also one of veganism’s most controversial topics. So, what makes eating harvested honey an issue?

PETA and The Vegan Society believe honey is not vegan, even though it is not animal or insect-based. However, The Vegan Society defines veganism as “a way of living which seeks to exclude, as far as is possible and practicable, all forms of exploitation of, and cruelty to, animals for food, clothing or any other purpose”.

Of course, some vegans eat honey and consider it to be an acceptable part of their plant-based diet. “I eat honey because I basically consider it vegan, as long as it isn’t harming the bees,” says Ruby Taylor from London, who turned vegan this Veganuary. “Plus, it’s only made out of flower nectar, which is vegan.”

PETA says: “Beekeepers use smoke and gas to manipulate bee colonies. Queen bees are killed and replaced without warning, causing distress throughout the entire hive.”

Healthline talks about practices of clipping the wings of queens to prevent them from fleeing. It also highlights teh issue of replacing their natural food source with high-fructose syrups. Research has shown that these are both harmful to bees.

How is honey made?

The production of honey is a collaborative effort of an entire hive of bees, with every colony member playing an important role.

The process starts with worker bees extracting the nectar of plants, using their tube-shaped tongues and storing it in their stomachs, or crops. Nowadays, bees are forced to collect the nectar of only specific flowers, in line with commercial honey production requirements.

PETA says it’s common practice “to drop them off in fields or orchards containing just one plant, leaving the bees [with] no other option”.

Once in a bee’s crop, the nectar mixes with enzymes that change its pH and chemical properties, making it suitable for long-term storage.

Back at the hive, the nectar is regurgitated to a fellow worker, who then takes care of storing it in its crop until it finds a bee closer to the honeycomb. Eventually, it is passed to the bee responsible for the final storing of the honey.

Honey is essential for bees as it serves as a metabolic support for muscle activity and as a long-term food supply. During the winter months, adult and larval (baby) bees depend on stored honey when other food sources are limited.

“Bees are often left unprepared to survive harsh winters, unable to fight off diseases, or worse,” says PETA. After the honey is taken away to be sold, bees are left with no natural source of food and are fed with high-fructose corn syrup (HFCS). 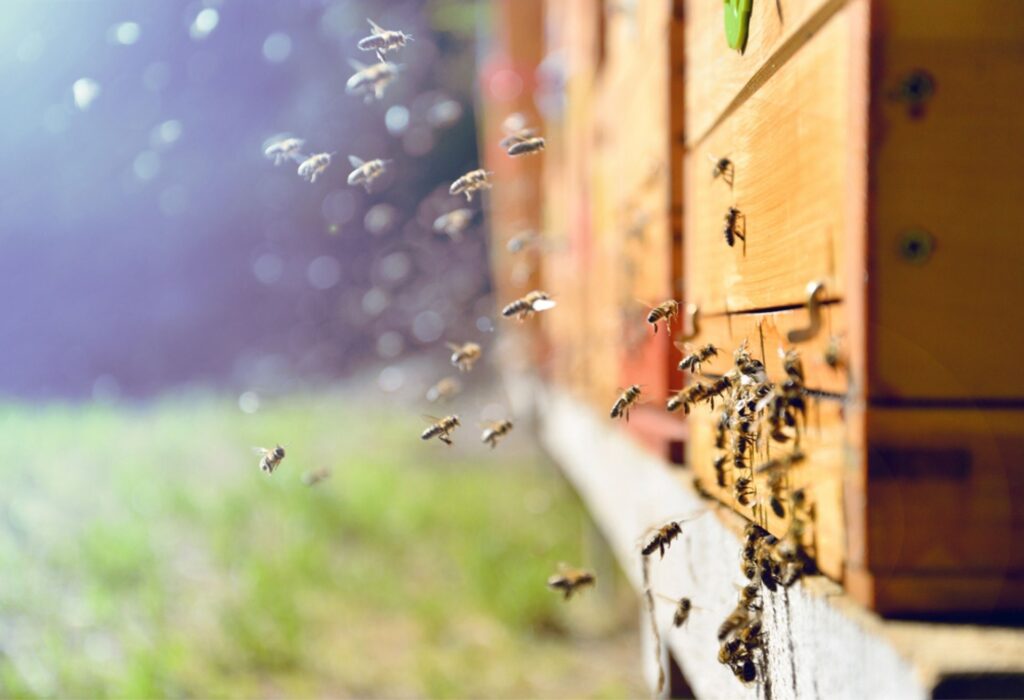 In the past few years, bees have been disappearing as they fail to return to the hives when sent to collect nectar. The reason behind this disappearance, named Colony Collapse Disorder, is unknown but Hopkins Medicine considers a few different reasons: “Researchers have shown that bees fed HFCS do not activate the same genes as bees who are fed honey. The HFCS bees do not turn on their immune genes (that is they have less ability to fight off infection) and do not turn on the enzymes needed to break down pesticides (and are more likely to be harmed or killed by pesticides that normally would have no or limited effect).”

Healthline says there is evidence that the sweeteners fed to bees harm their immune systems. It also revealed that they “can ultimately damage a beehive”.

Another reason for desertion could be the forced pollination that honeybees are subjected to. Freedom offers variety and that must be more appealing.

What about locally produced honey?

Taylor says this is the loophole: “I try to eat locally sourced honey. I’m not the most educated on honey, but I think locally-sourced beekeepers are more sustainable.”

It is best to talk to your local honey producer directly, to make an informed decision. Every beekeeper has different methods and practices to understand.

If you want to be sure you’re consuming a vegan and cruelty-free product, there are alternatives. 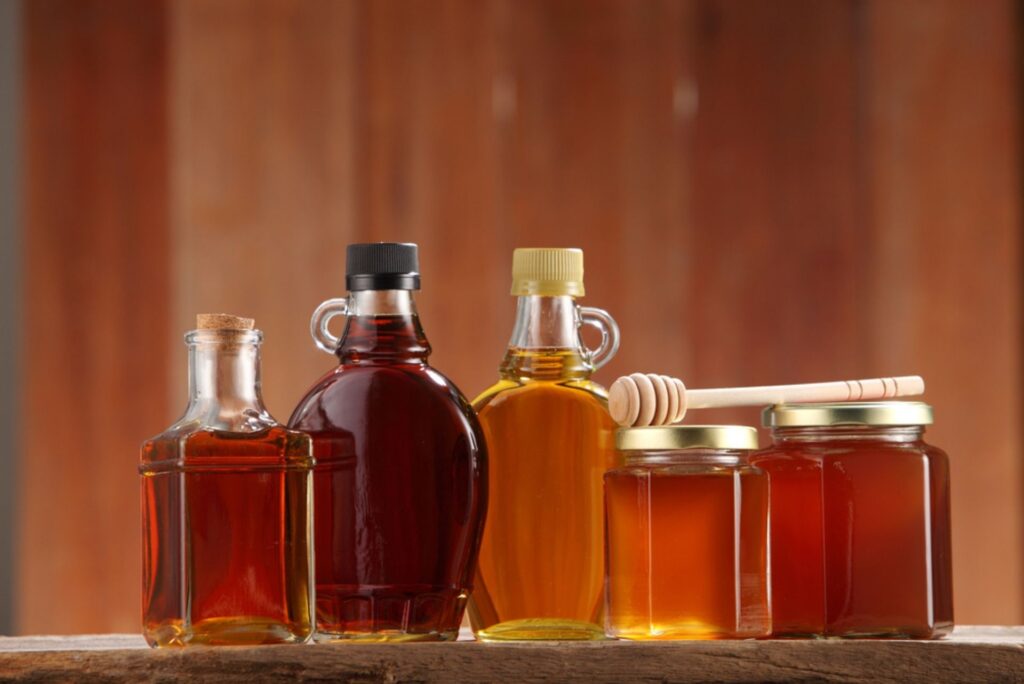 Described as “honey made without bees”, MeliBio isn’t a honey alternative as much as it is a totally reengineered product that has been dramatically altered in terms of standard production methods. This is bio-fermented honey. “Our end goal is to have it tested to show 100% parity in terms of all the compounds and parameters of taste, texture and benefits that come along with honey,” says Mandich, one of the co-founders.

Honea is produced “locally and ethically” in the UK from sugar, flowers, apple juice, lemon juice and molasses. The selection experiments with five different flavours like chilli, rose, orange and more.

Maple syrup is a plant-based alternative usually made from the sap of sugar maple trees. It contains several vitamins and minerals, and up to 24 protective antioxidants. Raw vegans might choose to sidestep this option, as the production method for maple syrup requires a level of heat above their dietary parameters.

One of the most popular vegan honey alternatives, agave syrup is a sweetener produced from the agave plant that comes from Mexico and South Africa. There’s a variety of agave syrups with specific flavours ranging in colour from dark amber to light. The lighter one is very similar to honey.

Coconut nectar is made out of the sap of coconut palm trees. The taste is sweet and without a coconut flavour, which makes it a good honey substitute. It is also high in amino acids, vitamins and minerals.

This is made by exposing brown rice to enzymes that break down the starch found in rice and produce a thick dark syrup with a caramel flavour.

Molasses is made by refining sugarcane or sugar beets into sugar. This thick, dark-brown liquid is rich in iron and calcium and comes in different varieties and flavours, just like agave syrup.

Barley malt syrup is made from sprouted barley that is cooked down to a golden coloured syrup. The flavour is similar to molasses.

Date syrup is a caramel-coloured sweetener that can also easily be made at home. All you have to do is blend boiled dates with water. It’s a cheap and easy option to try if you are avoiding honey.

Diana Buntajova
Diana is always looking for the environmental aspect of every story. She is interested in health and lifestyle, hoping to point to issues that are often overseen. Diana has explored topics including B-12 deficiency in the vegan diet, fears about exotic skin farms sparking another pandemic, and the Oreo controversy. Currently studying Journalism at City University of London, she enjoys everything to do with visuals especially photography. Creative and detail-oriented in both her visual and written work. On a mission to find the best vegan cheese and can't resist beyond meat burgers.
Previous articleHow fashion brands are embracing vegan leather in innovative ways
Next articleZero Waste Week: The story of how it began, and the bloggers taking it forward