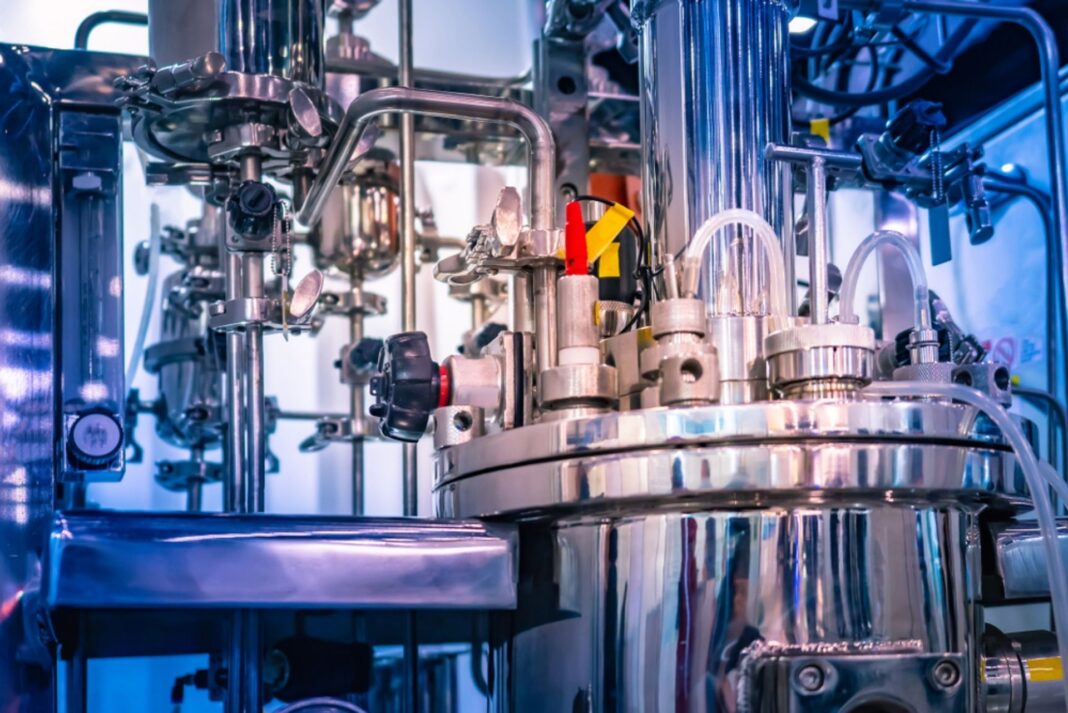 After plant-based protein and cell-cultured meat, microbial fermentation could be the next pillar in the alternative protein industry.

Microbial fermentation can, along with plant-based protein and cell-based meat, be a pillar of the alternative protein industry, cutting production time and raising massive investments.

It can take years to grow plants and raise animals, but microbes can double their biomass in only a few hours. A report by the Good Food Institute, notes that fermentation — the use of fungi, microalgae, bacteria, and other microbes as bioproduction platforms — has a long history in food production. And now, it’s applied to the alt-protein industry sector under three main approaches: traditional, biomass and precision fermentation.

Traditional fermentation uses live microorganisms to modulate and process plant-derived ingredients, leading to products with unique flavour, texture and nutritional profiles. Using the fungus Rhizopus to ferment soybeans into tempeh is an example of this kind of fermentation.

The biomass approach uses the fast growth and high protein content of many microorganisms to efficiently produce large quantities of protein. Quorn’s meat analogues are an example of biomass fermentation, where the microbial biomass itself serves as an ingredient, with the cells intact or minimally processed.

Precision fermentation uses microbial hosts as ‘cell factories’ to produce specific ingredients that require greater purity than the primary protein ingredients and are incorporated at lower levels. Impossible Foods’ heme protein, which gives its patties the ‘bleeding’ texture, is produced in this method.

GFi says the world will not be able to sustainably feed a population of nearly 10 billion by 2050 without alternative proteins, as the current system of animal intensive agriculture is very inefficient. “Fermentation provides a vast landscape of innovation potential from both a technical perspective and a product development standpoint,” the report states.

It adds: “Fermentation can enable a new generation of proteins, fats, and other functional ingredients that combine with plant-based and cultivated components to create biomimicking whole-cut meats, egg replacements, animal-free dairy proteins, seafood products, and more.”

On the sensory side of the things, fermentation can “endow end products with taste, mouthfeel, aroma, juiciness, and structure that might otherwise be difficult to deliver”. Nutritionally, microbial fermentation can alleviate the global protein deficit, providing a standalone protein source as well as increasing the protein content of existing plant-based ingredients.

“Fermentation presents a clear opportunity to help transform the multitrillion-dollar animal agriculture market by delivering familiar products more reliably, at a lower production cost, and with enhanced functionality,” reads the report, adding that alternative protein companies in the microbial fermentation sector have collectively raised $837 million (£647 million) since 2013, $435 million (£336 million) of which has been closed in 2020 alone.

But there is a long way to go. GFI says the alt-protein industry has barely scratched the surface for fermentation-based approaches: “Very few fermentation companies exist, and even fewer have launched commercial products. The potential to develop fermentation-enabled versions of the thousands of animal products used around the world remains largely untapped.”

Anay Mridul
Anay is the managing editor of The Vegan Review. A journalism graduate from City, University of London, he was a barista for three years, and never shuts up about coffee. He's passionate about coffee, plant-based milk, cooking, eating, veganism, writing about all that, profiling people, and the Oxford Comma. Originally from India, he went vegan in 2020, after attempting (and failing) Veganuary. He believes being environmentally conscious is a basic responsibility, and veganism is the best thing you can do to battle climate change. He gets lost at Whole Foods sometimes.
Previous articleMarisa Miller Wolfson: ‘Parenting is the next vegan frontier’
Next articleThe Ultimate Guide to vegan and sustainable grocery stores in Hong Kong