Is Nutella vegan? A look at its ingredients and alternatives 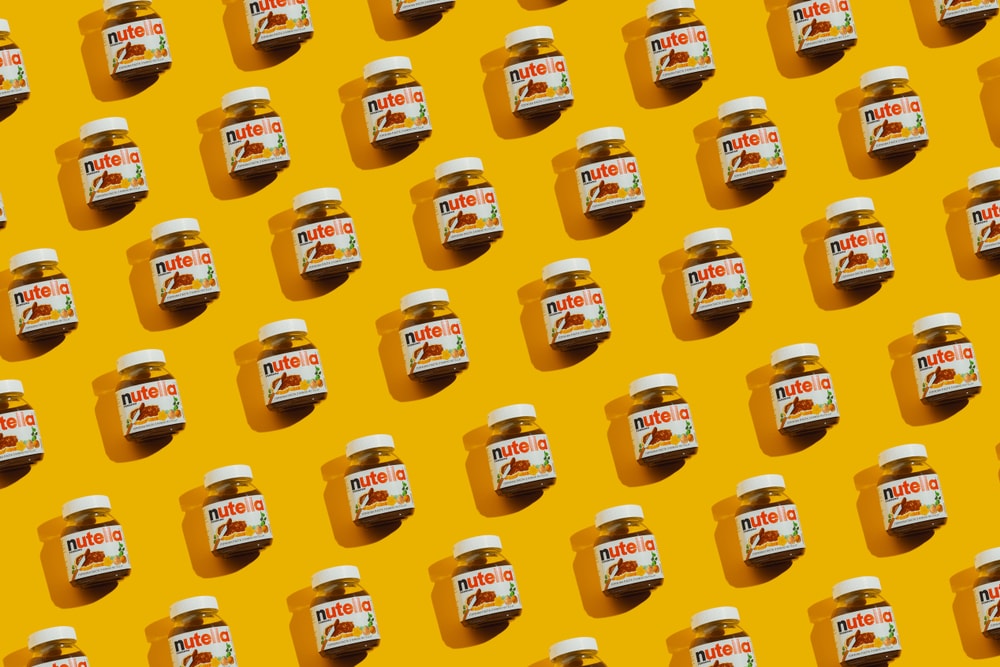 A favourite for many, Nutella has long been celebrated for its chocolate and hazelnut combination, but is it vegan, and what are its alternatives?

It’s one of the most well-known products out there. Say ‘Nutella’ in any country and chances are that not only have people heard of it, they probably have a jar or two in their house to spread on their morning toast or atop their afternoon chocolate chip ice cream.

But if they’re vegan, those iconic jars are from their dairy days, now utilised to store seeds, nuts and homemade almond butter. That’s because Nutella, Ferrero’s renowned chocolate and hazelnut spread, is not plant-based.

Why Nutella is not vegan

While it may seem like just some hazelnut butter with chocolate and sugar (a lot of sugar), there’s a little more to Nutella than that. If you have a look at the ingredients, it’s pretty evident why it isn’t suitable for vegans. Here’s what a jar of Nutella contains:

So while Nutella is definitely vegetarian, the 8.7% of skimmed milk powder makes it unsuitable to eat for plant-based consumers. The powder is made by removing water from pasteurised skimmed milk, and in this form, it lasts a lot longer than liquid milk and doesn’t need refrigeration.

But there’s another, more ethical aspect that comes into mind before people decide to eat Nutella. That’s because the vegetable oil mentioned in its ingredient list is actually palm oil, which, while vegan, is known to cause deforestation, threaten the displacement of wildlife population and contribute to climate change via its plantations.

However, Ferrero is part of the Roundtable on Sustainable Palm Oil, which monitors corporations’ use of palm oil and how sustainable it is. This means Nutella’s maker can trace its palm oil to sustainable plantations that aren’t bad for animals or the environment. 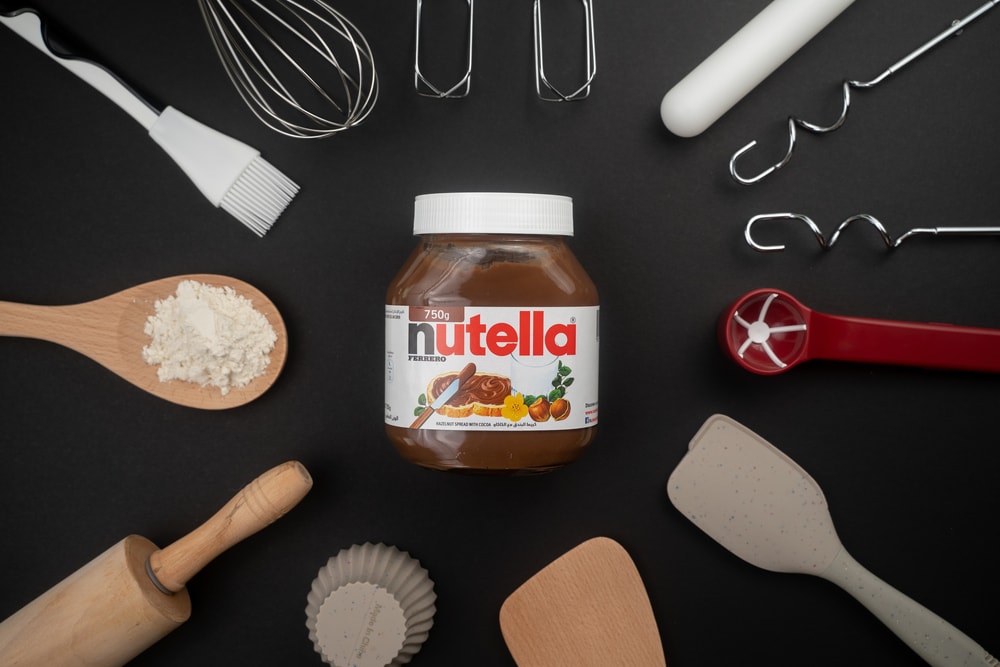 Since it isn’t dairy-free, what are some of the best alternatives to Nutella in the UK? There are many brands that make vegan chocolate spreads, and quite a few of them use hazelnut butter as a base.

This one’s wonderful too. Meridian is one of the UK’s leading nut butter brands, and its Cocoa & Hazelnut Butter is a worthy spread. It was initially not vegan, as it contained honey, but the brand has updated the recipe by substituting it with agave. The ingredients in this are 63% roasted hazelnuts, sunflower oil, coconut, agave syrup, and 3% cocoa powder.

Find out why honey isn’t vegan, and what its alternatives are.

A little different but delightful. Raw Vibrant Living is known for its, well, raw food offerings. While it does offer a raw hazelnut butter, its vegan chocolate spread utilises brazil nuts as a base. It comprises 78% Brazil nuts, 7.8% agave, 7.1% cacao powder, and hemp oil.

Like most chocolate spreads, this is a mix of nut butter and chocolate. As the company’s name suggests, Dark Chocolatey Dreams uses peanut butter, with cane sugar, alkali-processed cocoa, cocoa butter, palm oil, natural vanilla and other flavours, sunflower lecithin, and palm oil.

Check out our extensive review of the UK’s best peanut butters.

How to make homemade Nutella

If storebought isn’t your thing — or if you can’t find these in your local grocery store — why not try your hand at making your own vegan homemade Nutella? It’s almost laughably easy, and you can customise it with whatever flavours you fancy.

It’s as simple as roasting some hazelnuts, blending them to make hazelnut butter, adding either melted dark chocolate or cocoa powder (or both), and some maple syrup and vanilla bean extract to taste. If you want to get closer to the consistency of Nutella, you can add some coconut oil and hazelnut milk. Here’s a great recipe by Yumsome.

Anay Mridul
Anay is journalism graduate from City, University of London, he was a barista for three years, and never shuts up about coffee. He's passionate about coffee, plant-based milk, cooking, eating, veganism, writing about all that, profiling people, and the Oxford Comma. Originally from India, he went vegan in 2020, after attempting (and failing) Veganuary. He believes being environmentally conscious is a basic responsibility, and veganism is the best thing you can do to battle climate change. He gets lost at Whole Foods sometimes.
Previous articleThailand: a plant-based paradise for Southeast Asians
Next articleThe Wealth of Health’s Jeffrey Boadi: ‘Giving up meat doesn’t mean giving up your culture’