Is Tom Brady vegan and is that why he’s the GOAT? 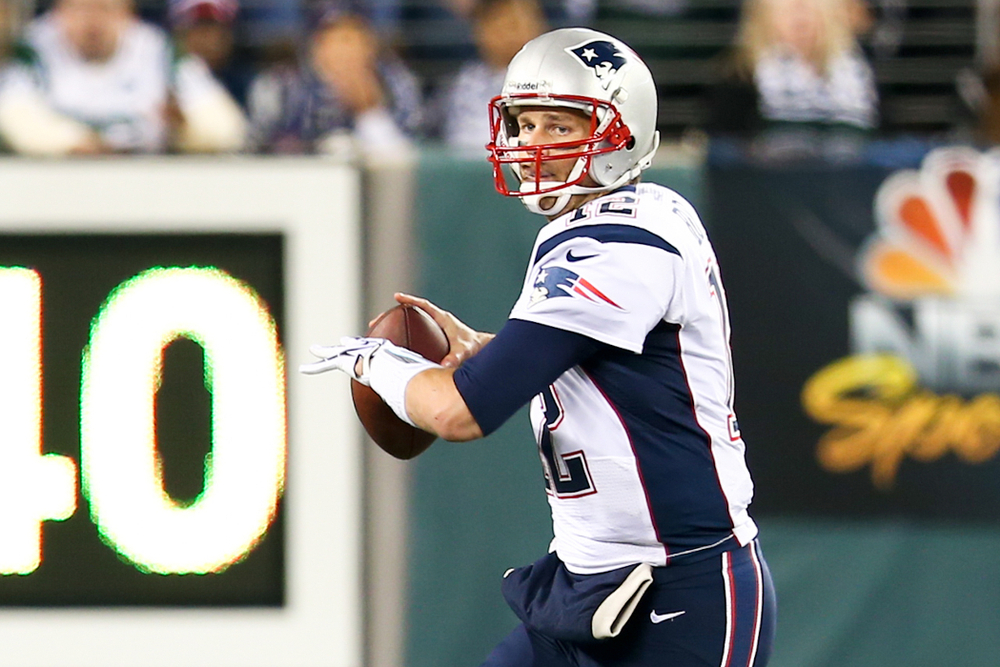 Tom Brady is an American hero, pro-athlete-turned-celebrity and husband of one of the world’s most successful supermodels of all time, but is he vegan?

When you’re an athlete that seemingly can’t be beaten, regardless of passing traditional retirement age, people start to talk. Is there something sinister going on? Are performance enhancing supplements being used? In the case of Tom Brady, it turns out that the answer could be far simpler and more natural, as his predominantly plant-based diet is touted as his not-so-secret weapon.

Before we get to what Brady’s diet actually consists of, it’s important to take a moment to understand the impact he has had on American Football. Widely cited as being one of the greatest quarterbacks of all time, he has played in 10 Super Bowls, led his team to victory in seven of them and taken the MVP award in five. The question remains though: did he accomplish all of this on a vegan diet? 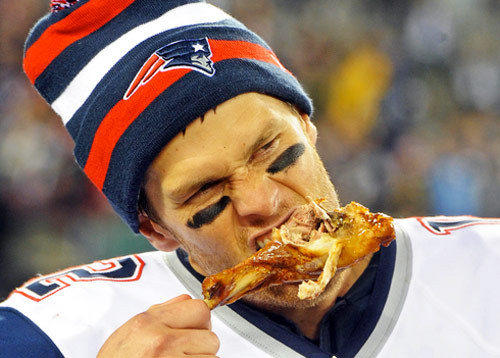 No. Tom Brady is not vegan, despite there being a lot of claims, assumptions and information-spreading to the contrary. At 43 years old, he is something of an anomaly within his (playing) field though, keeping up with and even dominating much younger players.

When quizzed about his long-lasting heightened performance, he revealed that his plant-based diet really helped to give him the edge and from there, the rumour spiralled.

So, if he isn’t vegan, what does Brady eat that he thinks makes such a difference to his performance? Mostly plant-based foods.

Brady’s personal chef has been transparent about the fact that he feeds Brady a diet that consists of around 80% vegetables and clean plant protein sources. The remaining 20% is attributed to lean meats sourced from grass-fed organic animals.

So no, definitely not vegan, but certainly on the path to a plant-based diet. Who knows? Perhaps when he retires, he might lose the animal protein altogether. The vegan community can only hope for him to become a truly committed and inspirational professional athlete representative, as he is undeniably influential.

It might not be a pipe dream to see Brady turn full vegan either, as he has partnered with Purple Carrot, a vegan diet meal delivery service. Then again, he also said: “When people ask if I’m a vegan or a vegetarian, I tell them no, decidedly not.” That’s a shame.

What does Tom Brady eat?

When you win yet another Super Bowl at age 43, there’s some serious nutrition going on and though the 80/20 split between plant and animal foods is already known, given his flexible approach to fuelling, there are assumptions that up to 95% of Brady’s diet could be plant-based, outside of the winter months.

Calling his diet “commonsensical”, Brady focuses on clean and lean proteins, high fibre and positive enzyme consumption. It’s okay if that sounds confusing, because it really just looks like this:

Water with electrolytes on waking up, followed by a plant-based protein smoothie designed to give him a big dose of calories and fat. Bananas, nuts, seeds and flavourful fruits are usually on the menu, but no strawberries. He has famously never tried one, not because he is picky, but because he doesn’t like the smell.
After a workout, a mid-morning snack usually consists of a plant-based protein shake made with almond milk.

Find out which are the best vegan protein powders in the UK in our showdown.

Lunch looks green and predominantly plant-based, with plenty of seasonal vegetables. Don’t forget that Brady can afford to buy the freshest vegetables and have them brought to his house every day for his meal plans, so there’s no sad looking spinach or wilted lettuce to contend with here.

Following his standard split, 80% will be plants and vegetables and the remaining 20% is lean meats that offer healthy protein. Fish is a regular choice but grass-fed organic duck and steak is also possible.

The rest of the day includes healthy fat snacks, such as nuts, protein powder shakes and a similar dinner to the lunch menu, though it is frequently bolstered with a cup of bone broth. He also drinks at least half his body weight in ounces of water.

So while it can’t be claimed that Tom Brady is vegan or that he even eats a vegan diet, he is committed to a predominantly plant-based way of eating. For any aspiring athletes hoping to enjoy increased performance, decreased recovery times and better health, there are plenty of fully vegan athletes to look up to. In fact, you only have to take a peek at the plethora of vegan bodybuilders who are changing their sport forever, to feel instantly inspired.

Read about the animal-free powerhouses dominating the bodybuilding scene.

Amy Buxton
Amy is a committed ethical vegan, raising a next generation compassionate human with her husband and their beloved dog, Boo. A freelance writer with a background in PR, she decided to use the COVID lockdown period to refocus her client base and has come to The Vegan Review as a senior writer and editor, before moving into her external content director role. "What we should be doing is working at the job of life itself" is Amy's mantra, courtesy of Tom from The Good Life.
Previous articleThree Michelin-star New York restaurant Eleven Madison Park goes vegan
Next articleRoots and Hoots: Plastic-free, zero-waste, straight to your doorstep