Is vegan food healthier when accounting for ultra-processed products? 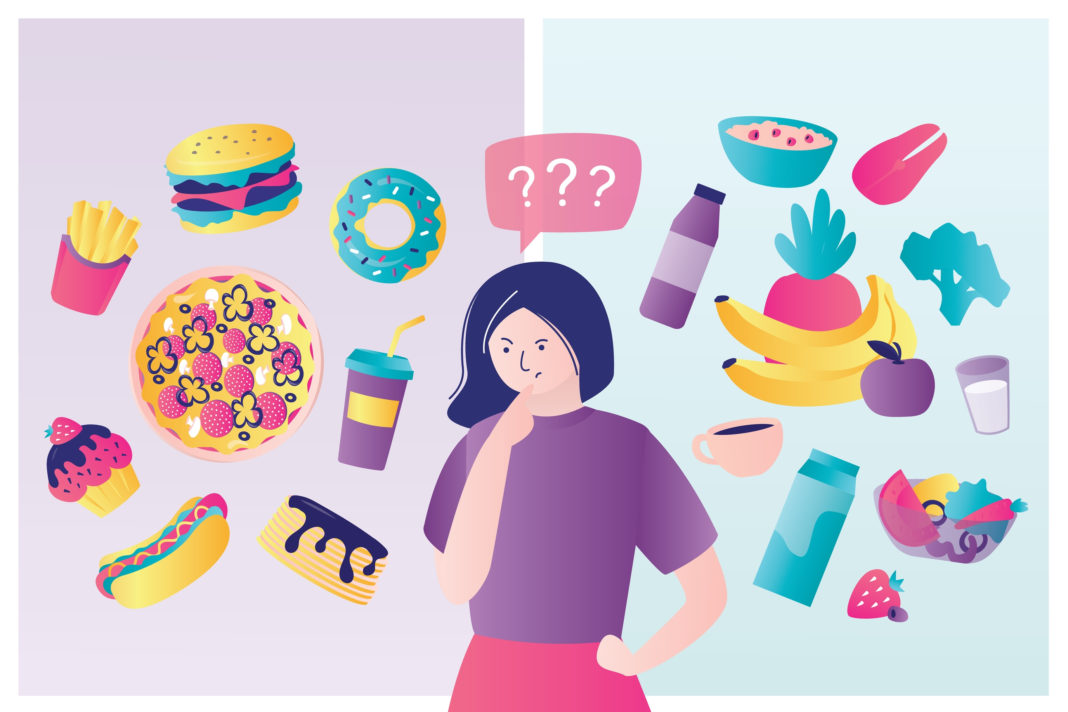 Many advise a shift to vegan diets as they are healthier, but with ultra-processed food on the rise, it’s not so straightforward.

Plant-based doesn’t necessarily mean healthier. Yet there is an unstoppable rise in plant-based food on our supermarket’s shelves, many of them trying to mimic the texture, flavours and cooking attributes of animal products in a lab.

Many studies associate plant-centred diets with lower heart disease. Furthermore, people who have diets high in red meat and processed food are more likely to suffer from type 2 diabetes and cancers. But what about ultra-processed food? The short answer? All that has ingredients that probably aren’t great for you.

According to the UN’s Food and Agriculture Organization, ultra-processed food is food whose development includes chemicals, colourings, sweeteners and preservatives. These include candies, soft drinks, crisps and most sauces and dressings. Processed foods have a mix of raw and culinary ingredients such as oils, spices or salt.

A study from the National Centre of Biotechnology information states that 56% of the average British person’s calories come from ultra-processed food. And the British Medical Journal links this type of food with obesity, high blood pressure and cholesterol, all drivers to premature death. However, it warns that evidence is still scarce and recommend more research.

Nonetheless, in nutritional terms, this is oversimplifying the matter. 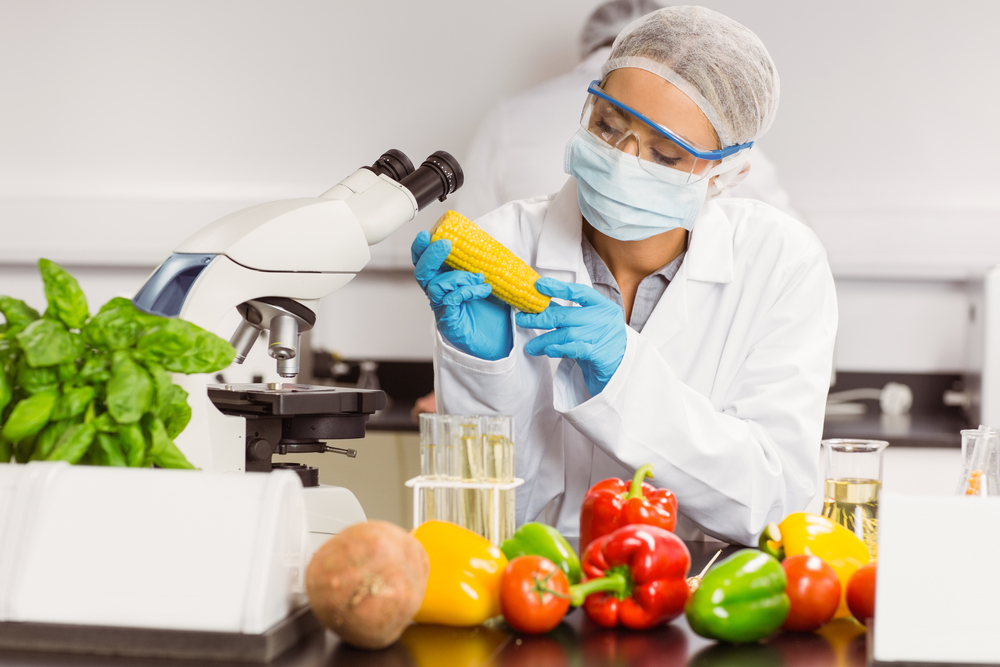 It is important to note that a plant-based diet is not necessarily better than an omnivore diet from a nutritional perspective, since animal products contain micronutrients that may not be found widely in the vegetal world. But veganism is a lot more environmentally friendly, with fewer ethical issues, and it is nourishing. Thus, scientists are working on finding out how to balance flavour, textures and cooking attributes.

David Julien McClements, the author of a review of the design of healthy and sustainable plant-based foods, said: “There is often the perception from consumers that plant-based foods are healthier than animal-derived ones — but it depends on the product.

“An egg is healthier than a cookie or biscuit that is made from all plant-based ingredients.”

The NHS defines a healthy diet as eating a wide variety of foods in the right proportions, and consuming the right amount of food and drinks to achieve and maintain a healthy body weight. McClements advised: “Eat lots of fruits, vegetables, nut and cereals, and where possible, cook fresh food. If not possible, make a careful selection of the processed foods you eat to ensure they are sustainable, healthy, and good for animal welfare and the environment.” 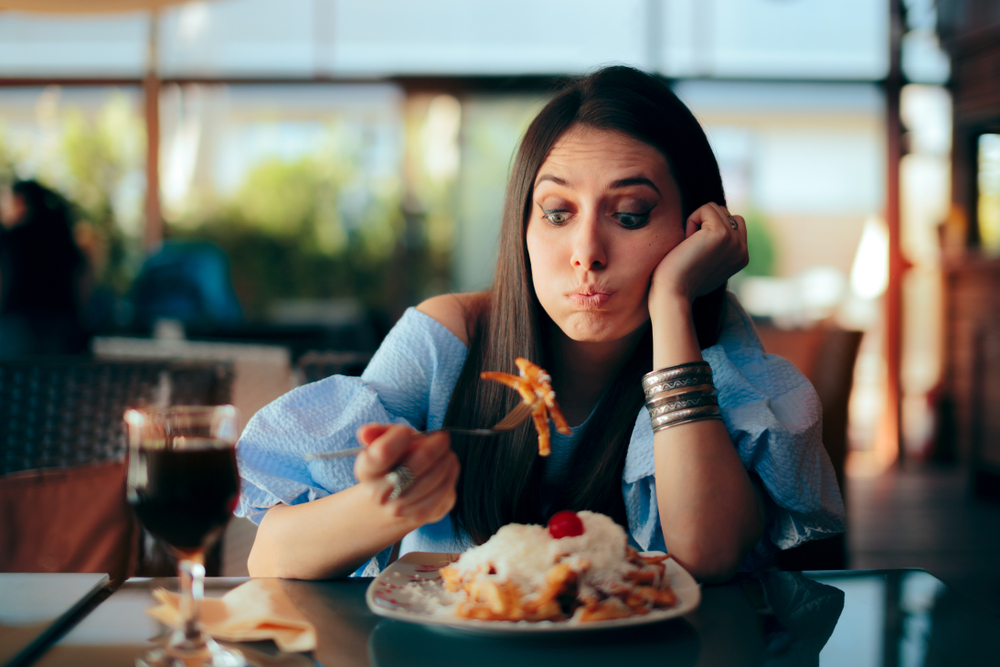 The vast majority of consumers are still omnivores, so the more they switch to a plant-based diet, the better. Thus, plant-based brands target omnivores and vegans with sustainable and healthy food, but it still requires a lot of investigation.

“It is important that we design high quality and healthy processed food. Eating lots of fruits, vegetables, and whole grains is certainly desirable from a health perspective,” said McClements. “Still, many people do not have the time, finances, or inclination to do this.”

However, processed plant-based foods can be part of a healthy diet and have a major positive impact on sustainability, the environment and animal welfare. The key is to be aware of what is being consumed and put it in the balance.

Dr Matthew Nagra, a naturopathic doctor from Canada, made an exhaustive comparison between two of the most popular plant-based meat brands, Impossible Food and Beyond Meat, and a standard beef burger. 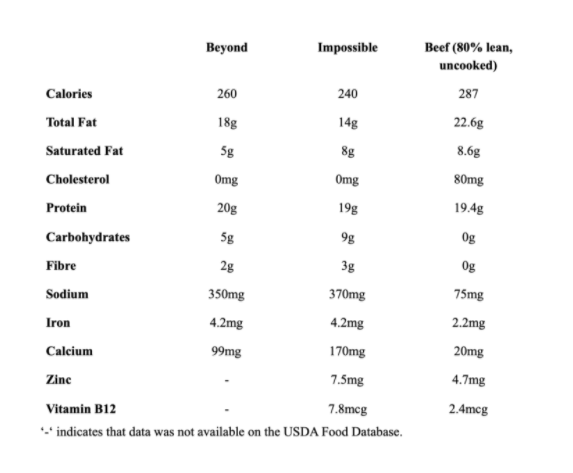 He suggests that those vegan burgers might be healthier due to the lower saturated fat and cholesterol and the presence of fibre, despite the higher amount of sodium. It’s worth noting that to mimic the bloody appearance of the meat, Impossible Foods produces heme from leghemoglobin, which is derived from genetically modified soy plants.

However, Nagra warns: “This is not to say that it’s advisable to consume significant amounts of mock meats on a daily basis, though we can be a bit indulgent occasionally.”

Plant-based meat can provide similar flavours and textures, but more research is still needed, especially when it comes to replicating steaks. It provides similar nutrition but with no cholesterol and potentially less saturated fat.

The interest in plant-based foods has increased constantly in recent years in western countries, and hopefully, it will keep on the same track for longer. The key is to follow a balanced diet and do weekly exercise sessions, and then we can allow ourselves to indulge a bit more.

Juanele Villanueva
Juanele Villanueva is a freelance journalist passionated with Environment Affairs. He is originally from Spain and started to be interested in the Environment and sustainability when he was in his masters at the University of Salford. His goal is to share stories which change the general belief that being eco-friendly is just for wealthy people. Moreover, the vegan diet is the easiest step that everyone can do to reduce its environmental footprint. He is also interested in conservationism, recycling, renewable energies and environmental policies
Previous articleNorth America recorded its hottest June ever last month
Next articleClimate change-related extreme weather kills 5 million people a year, shows study