Is yeast vegan or are we doomed to eat unleavened bread? 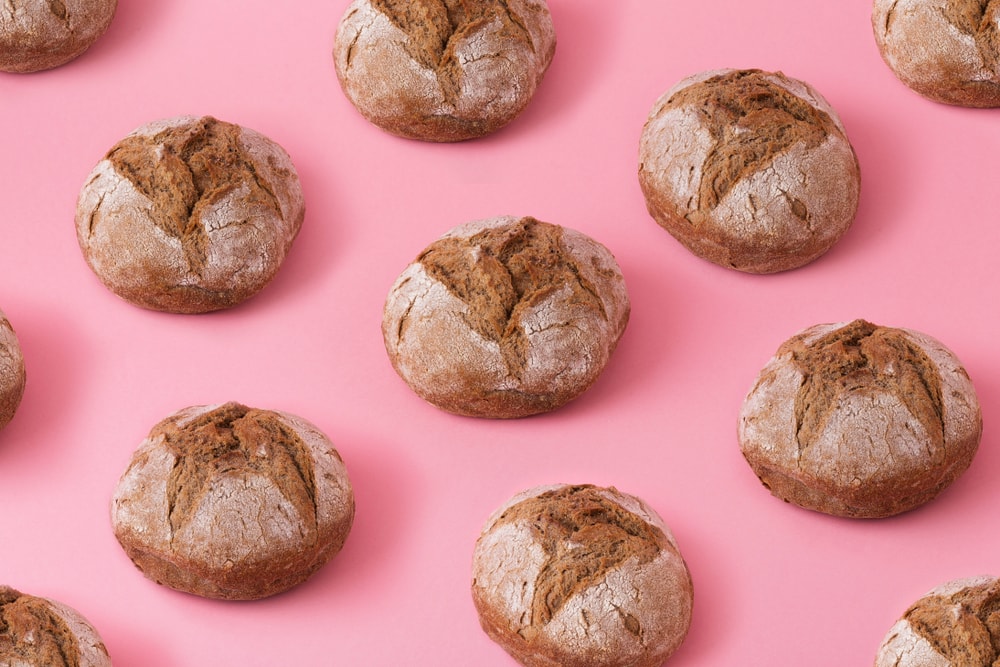 Before you panic that veganism has become so exclusionary that even delicious fluffy bread is off the table now, read on to find out if yeast is actually vegan or not.

We’re not saying that bread is the be-all-and-end-all, but in the famous words of Mel Gibson in Braveheart: “You can take our lives, but you can never take our sourdough!” Or something like that. (A life without bagels would be a cruel nightmare too.)

Seriously though, how good is bread? If yeast wasn’t vegan, we think that not being able to eat most breads would be more of a crucial factor than cheese for potential new converts, so the good news is: yeast is vegan.

Let’s look a little closer though and find out why and if there are any rogue varieties that need to be avoided as part of a vegan diet.

What the heck is yeast? 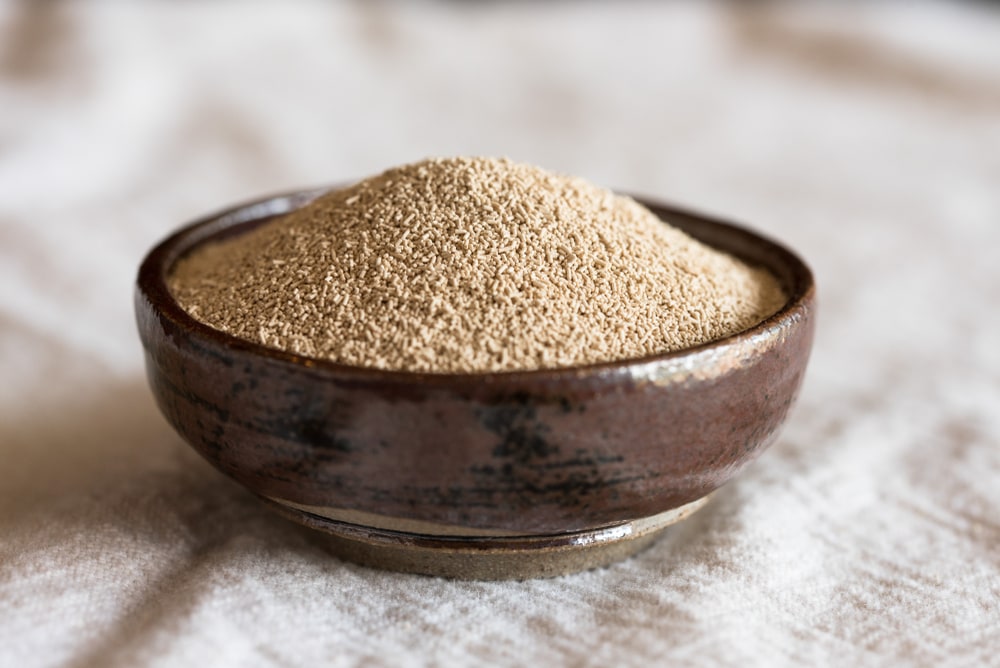 We understand the confusion with this one, primarily because yeast is often referred to as an ‘organism’. Does that mean it’s alive? Is it technically an animal product then?

Well, no. Yeast is a type of single-celled organism called saccharomyces cerevisiae (don’t worry, there won’t be a test at the end) and it is a member of the fungi family. Once again, this lovely little set of species comes to the rescue for vegans and provides the things we need. Strange then that mushrooms are still so uncelebrated. (We’ll come back to that another day, but come on, mushroom risotto? Yum!)

Neither falling into the animal products or plant-derived category, yeast is a fully vegan ingredient, its organism does not experience pain and it is absolutely fine for us to eat yeast. The lack of central nervous systems and brain means that there is no capacity to feel or register pain at all, which is why PETA has declared yeast a safe product for vegans to eat. It should be pointed out that there are people who choose not to consume it and this is a personal choice that should be respected.

What does yeast do? 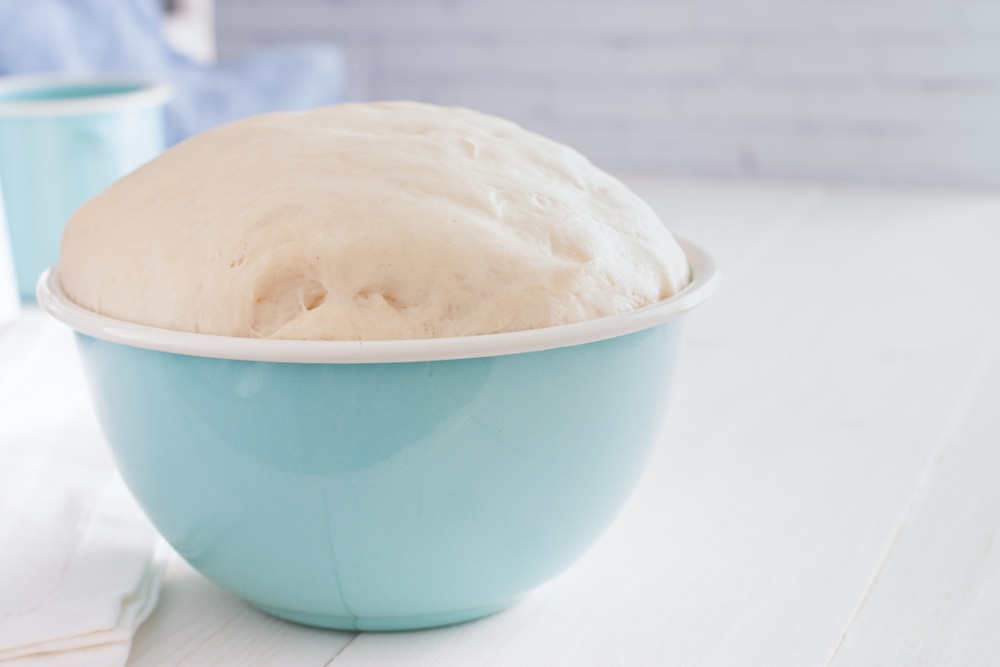 It makes magic happen in the kitchen. Baked goods, beer and wine, bread and plenty of other delicious food products rely on yeast to give lift and rise. In basic terms, yeast is used to produce carbon dioxide during the cooking process, resulting in the ‘rise’ that you want in bread and bakery treats. Without the rise you’ll be left with denser foods.

The really clever thing about yeast is that it can multiply quickly. That’s how a relatively small amount of dried product can help a large loaf of bread to rise in the oven, but it still does not qualify as an animal, so don’t worry.

What types of yeast are there? 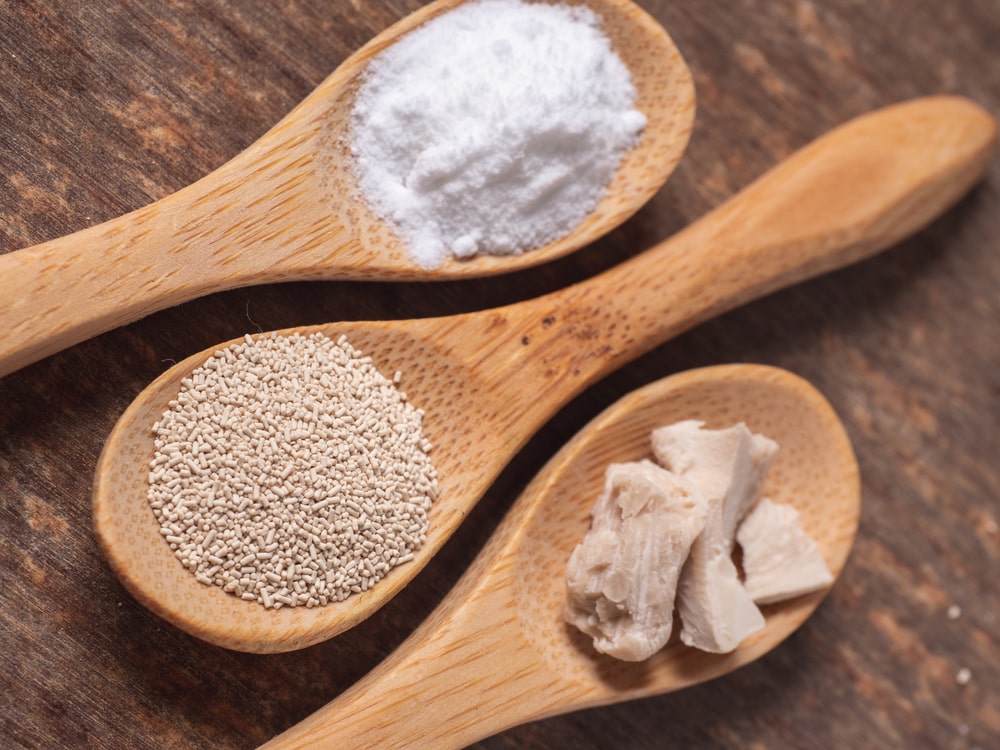 There’s no ‘one yeast fits all’, as different products require the organism to be prepared in specific ways. For example, brewer’s yeast is pulverised and dried at high temperatures, in order to maintain the high levels of amino acids contained within. This is what helps to give the bitter taste that brewers need.

Baking yeast is a whole other product, which needs to be dried at very low temperatures, to prevent killing the active organism. If you use a sachet of dried yeast to make baked goods at home and they fail to rise, your yeast has probably died in the drawer and is no longer active. RIP little buddy.

What about nutritional yeast? 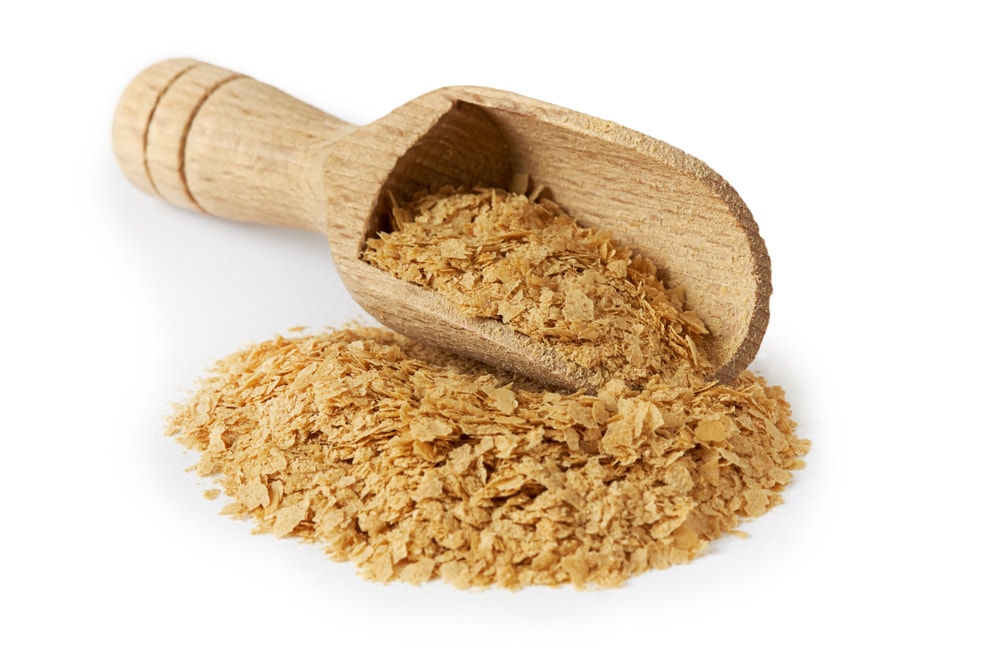 As much as we love bread — and therefore baker’s yeast — nutritional yeast might just be our favourite. A key part of the vegan lifestyle, these magical yellow flakes are added to many vegan food dishes, to give a cheesy and nutty flavour, as well as a huge injection of vital vitamin B12. It is made by drying saccharomyces cerevisiae at high temperatures and the B12 is added later. You might not be able to get a loaf to rise with nutritional yeast, but it will put a spring in your step for the day, so that’s almost as good.

So, is yeast vegan? Yes. There is no reason for anyone following a plant-based diet to avoid yeast in their diet, so bring out the bread and let’s celebrate.

P.S. — Please note that while yeast is vegan, not all bread recipes will be. Always check the labels to make sure.

Amy Buxton
Amy is a committed ethical vegan, raising a next generation compassionate human with her husband and their beloved dog, Boo. A freelance writer with a background in PR, she decided to use the COVID lockdown period to refocus her client base and has come to The Vegan Review as a senior writer and editor, before moving into her external content director role. "What we should be doing is working at the job of life itself" is Amy's mantra, courtesy of Tom from The Good Life.
Previous articlePlant Based World Europe adds more leading brands to its 2021 lineup
Next articleGuinean animal rights activist Abdourahamane Ly: Bridging speciesism with racism