Jordi Casamitjana vs LACS: Reviewing The Historic Victory For Veganism 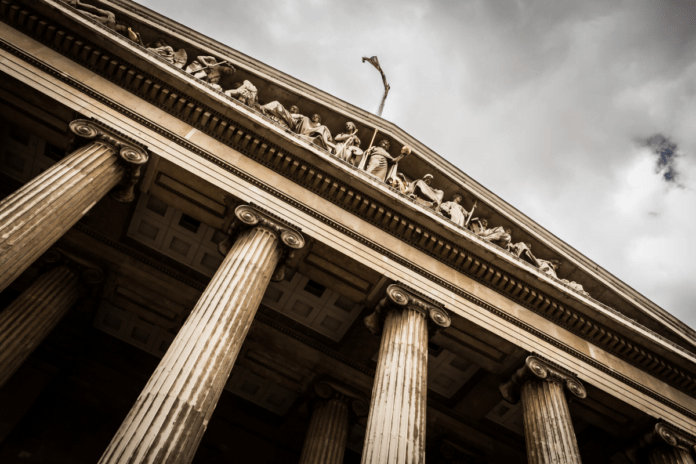 In recent years the European Union has not only taken the initiative to tighten laws for wildlife protection, but also to care for activists and defenders of animal rights.

The case of the zoologist Jordi Casamitjana, a Catalan who has lived in the UK since 1994, is one of the most notorious for having achieved a true landmark by making ethical veganism a belief protected by the Equality Act.

Besides exposing irregularities by his former employers, the League Against Cruel Sports (LACS), Jordi managed to raise his voice in favour of equal rights and to end discrimination to vegans and vegetarians in general.

Veganism Is a Protected Belief in the UK

In 2018, activist Jordi Casamitjana was fired from the League Against Cruel Sports (LACS), after two years in the Head of Policy and Research position, because, according to his media comments, he discovered that the League was investing his and other employees’ pension fund in companies that were testing products on animals. 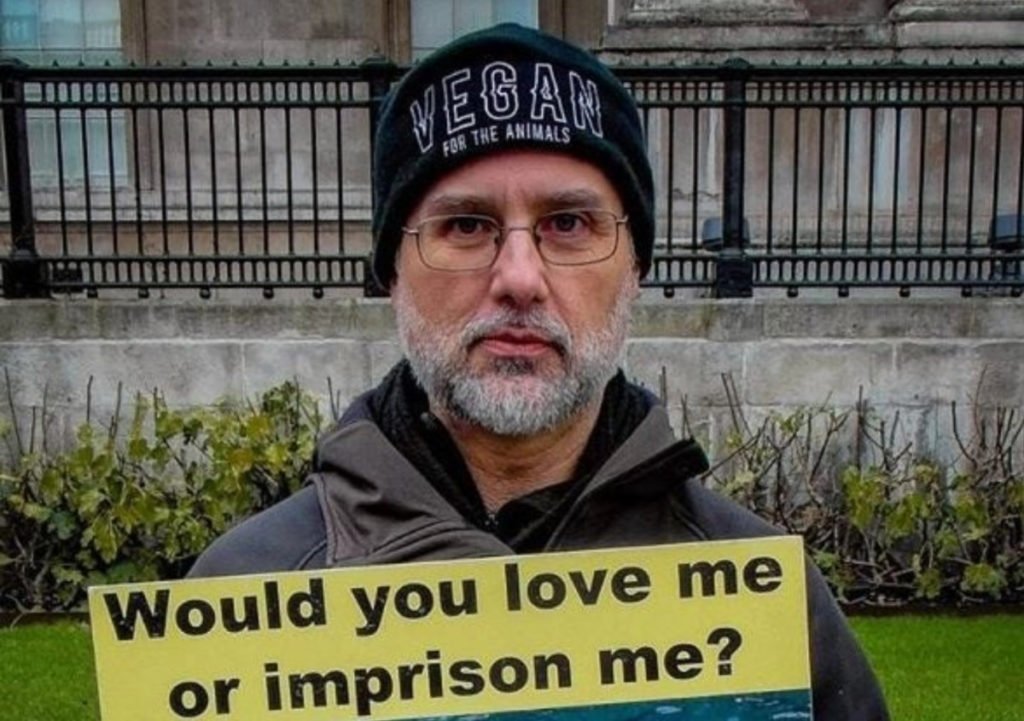 He was then fired for revealing that the funds were going to pharmaceutical firms such as AstraZeneca, GlaxoSmithKline; the oil giant Royal Dutch Shell and tobacco companies.

These unethical destinations ran counter to the LACS’ mission, but they also went against Jordi’s ethical beliefs. At the end of 2019, his case became known because he decided to sue the League for job discrimination.

The Norwich Employment Tribunal heard a historical ruling on 3 January 2020, when Judge Robin Postle declared that ethical veganism is a philosophical belief under the protection of Britain’s Equality Act, which has been in force for over a decade.

Judge Postle said that the movement met all the legal conditions to be considered a philosophical belief along with other protected characteristics, because “it is cogent, serious and important, and worthy of respect in democratic society.”

Jordi’s team, formed by principal employment lawyer Peter Daly, Chris Milsom and members of the Vegan Society, had to prove that veganism is something beyond a position, but an ideological way of living.

The ruling led to celebrations by activists in the international community, as well as laying the groundwork for a hearing into Jordi’s unjustified dismissal. About this, Rhys Wyborn, lawyer who acted for LACS, said:

“Although an interesting point of law, this hearing was preparation for the real crux of the matter: why Jordi Casamitjana was dismissed. In view of its animal welfare value, the League did not contest the issue of whether ethical veganism itself should be a protected belief, with the League maintaining that it’s irrelevant to the core reason for the dismissal.

The League is now looking ahead to the substantive hearing in this case and to addressing the reason for Mr. Casamitjana’s dismissal, which it maintains was due to his misconduct and not the belief he holds”

The case had a final resolution at the Watford Tribunal Centre in March 2020, where both parties reached a consent leading to financial compensation (undisclosed) by the LACS, in addition to the following statement:

“The only reason for the dismissal of Mr. Casamitjana in 2018 was his communications to his colleagues in relation to our pension arrangements. Having revisited the issue we now accept that Mr. Casamitjana did nothing wrong with such communications, which were motivated by his belief in ethical veganism.

We are grateful to Mr. Casamitjana for having raised the issue of pensions to us, which allowed us to change our default pension fund to an ethical one closer to our values.”

The official documents published at the Tribunal’s direction (including witnesses statements and photos) explain the ideological aspects of ethical veganism in Jordi’s life, so he cannot be subject to job discrimination thanks to the previous ruling by Judge Robin Postle.

However, LACS spokespersons argued that the dismissal was due to “gross misconduct”, noting that “The League Against Cruel Sports is an inclusive employer and as this is a hearing to decide whether veganism should be a protected status, something which the League does not contest, it would be inappropriate for us to comment further.”

Later, at the Watford hearing, the League witnesses accepted that the concerns expressed by Jordi were in line with his beliefs and intended to protect the company’s reputation.

What Does the Equality Act Really Say?

A total of nine characteristics are protected by the law, including Religion or Belief, classified the same due to their common way of practice.

For a philosophical or religious belief to be covered, it must meet the following criteria:

“The criteria for determining what is a “philosophical belief” are that it must be genuinely held; be a belief and not an opinion or viewpoint based on the present state of information available; be a belief as to a weighty and substantial aspect of human life and behaviour; attain a certain level of cogency, seriousness, cohesion and importance; and be worthy of respect in a democratic society, compatible with human dignity and not conflict with the fundamental rights of others.  So, for example, any cult involved in illegal activities would not satisfy these criteria.  The section provides that people who are of the same religion or belief share the protected characteristic of religion or belief.” 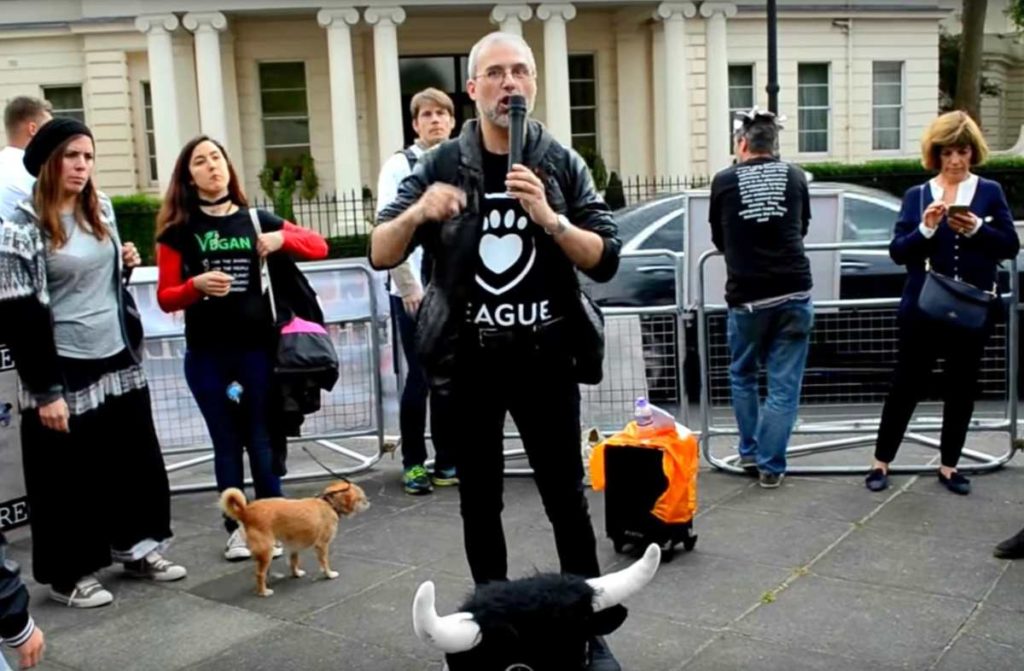 The other side of the LACS

The League Against Cruel Sports is a recognised entity with presence all over the UK, which has conducted major campaigns to fight hunting, “sporting” breeding and related activities like bullfighting.

So their research was crucial in the Hunting Act 2004 introduction, which bans hunting with dogs in England and Wales, as well as their efforts to protect foxes, deer and hares from the illegal activities that still take place.

In detail, the League works in partnership with other organisations and officials in the UK to protect but also to educate people, train security forces and campaign against abuse for sporting or recreational purposes.

The League has almost 3,000 acres (1,200 hectares) of land where they’ve built sanctuaries to keep animals protected, owning the “sporting rights” that prohibit hunting and other bloodsports in the perimeter.

Real surprise here, taking in mind the Casamitjana case, is that in April 2020 the League was ranked 12th in the Third Sector Best Charities to Work For plan, a study made with Best Companies Group, listing the best charities to be part of in UK based on “their overall employee satisfaction ratings as well as their employment policies.”

LACS seems to have improved a fully non-contributory pension model, salaries and working conditions, besides allowing staff to express themselves freely. This is reported in the Third Sector survey, which showed “91% of staff is very satisfied with their employer and 98% are willing to give extra effort to help the organisation succeed”.

It is at least curious to think that possibly the legal problems with Jordi helped to change working conditions for the League’s employees, given its important work within the animal rights sector.