Fast food ads are banned before 9pm, but why not fast fashion? 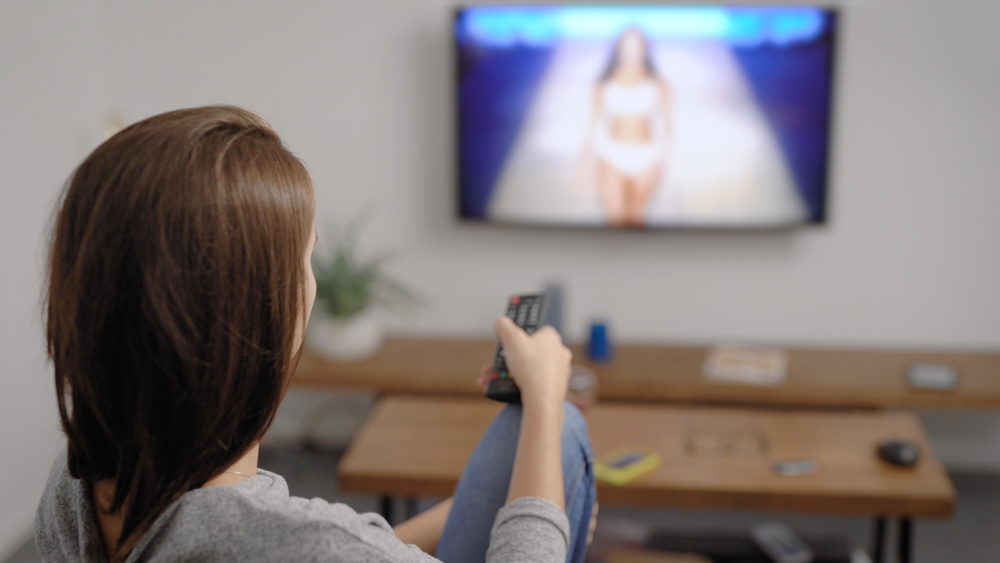 Junk food advertising will be banned before 9pm on UK television, but fast fashion will still storm our screens. Why is fast food considered so much more damaging than fast fashion?

Recently, the government announced that fast food TV adverts will be banned before 9pm from 2023 in an attempt to curb the growing obesity epidemic. This rule was first discussed last year, following Boris Johnson’s coronavirus scare, which he admitted was worse due to his weight. Celebrities had also urged Johnson to go ahead with this ban.

Currently, 50% of adverts contain high-fat, salty or sugary foods, and this increases to 60% from 6pm to 9pm. Of course, this initiative aims to reduce obesity and the life-threatening consequences that come with it.

In contrast, fast fashion advertising remains on our screens after 9pm, despite the mass destruction this industry has on the environment and the people in the supply chain. The fast fashion industry produces “10% of all humanity’s carbon emissions”, the materials often contain microplastics and 85% of textiles end up in landfill each year.

As for the workforce, people often lack basic human rights. Women make up the majority of these garment workers, and are subject to harassment, forced to work overtime at times, and experience poor wages. 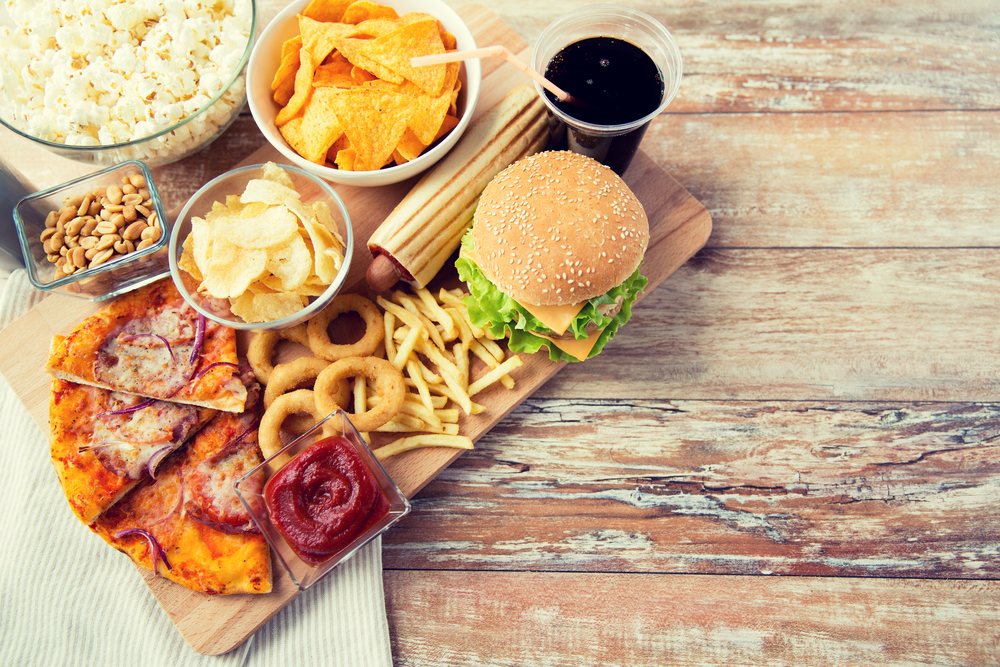 Yet, despite this mass destruction of both people and the planet, adverts promoting consumerism in fast fashion continue. The fact that fast food commercials have been banned before 9pm but fast fashion ads haven’t shows that the physical health of people in developed countries is seen as more important than that of those in third-world countries, where most fast fashion is produced.

Lydia Oyeniran, a content producer for sustainable marketplace Veo, addresses this prioritisation of the western world. “The impacts of fast food, like obesity and other health issues, are felt directly by the NHS and the UK public.” In comparison, she adds: “The impacts of fast fashion — ethical violations and environmental damage — are primarily experienced by the developing world. It’s a classic cause of ‘out of sight, out of mind’.”

As we can’t see the garment workers being harassed, forced to work overtime, or given poor wages, it’s easy for us to pretend it doesn’t exist. “Fast fashion has been glamourised while its impacts are seen as other people’s problems,”, explains Oyeniran.

Gabriella Diana, founder of slow fashion brand Onesta, notes that the obesity crisis and its consequences are common knowledge throughout society, whereas “people are unaware of the long-term impact of fast fashion”. She explains that some of the chemicals used in textile production are harmful to both people and the planet: “For example, a chemical known as phthalates is commonly used in fabric printing. It can disrupt hormone levels and cause breast cancer, developmental issues, and decreased fertility.” 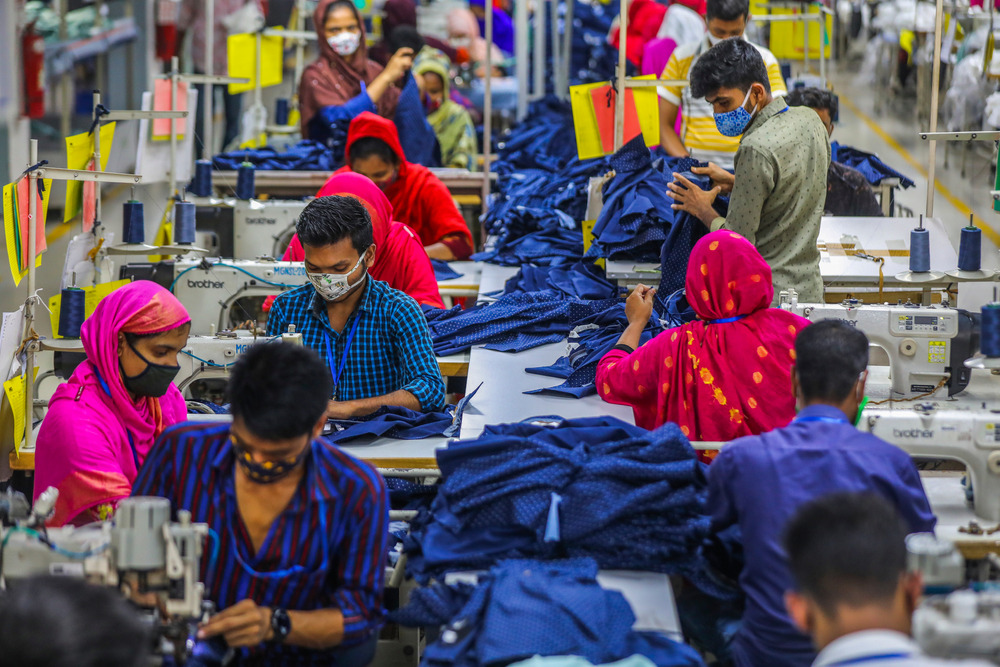 She adds: “When garments are produced, untreated toxic wastewaters from factories are dumped directly into rivers.” This can contain toxic substances like lead, mercury, and arsenic, which are extremely harmful to aquatic life and people living nearby, and this then spreads “through the sea and around the globe”. Diana believes that if people were aware of the link between fashion and health issues, a ban on fast fashion advertising would be more likely.

Similarly, Beatrice Turner, sustainable influencer of The Fair Edit, believes fast fashion adverts haven’t been banned because the information about its negative impact doesn’t reach children. “It always comes via newspapers or an older age group,” she says, “who can make a choice about whether to buy into fast fashion.” She believes that if children had more information about this, “they could make more of an informed decision”.

Turner adds that, although children aren’t informed about the impacts of fast fashion, the low prices mean it’s aimed at them since it is so cheap that even they could afford it. She consequently poses an important question: “If [children] don’t have access to the information about how bad it is, but commercials [tell] them to ‘get it now, we’re running out’, then how can they know?” She does believe, however, that banning these adverts could have a significant impact.

Veo’s brand relationship manager, Danielle Corless, thinks physical damage is considered more important than environmental harm, as this “can take generations to show”. She says: “Physical health is much more emotive for us as a society, as we want to keep our loved ones healthy and safe in whatever way we can.

“However,” she adds, “I do feel as a society, we are becoming more aware of the environmental damage and how we can positively impact this.” 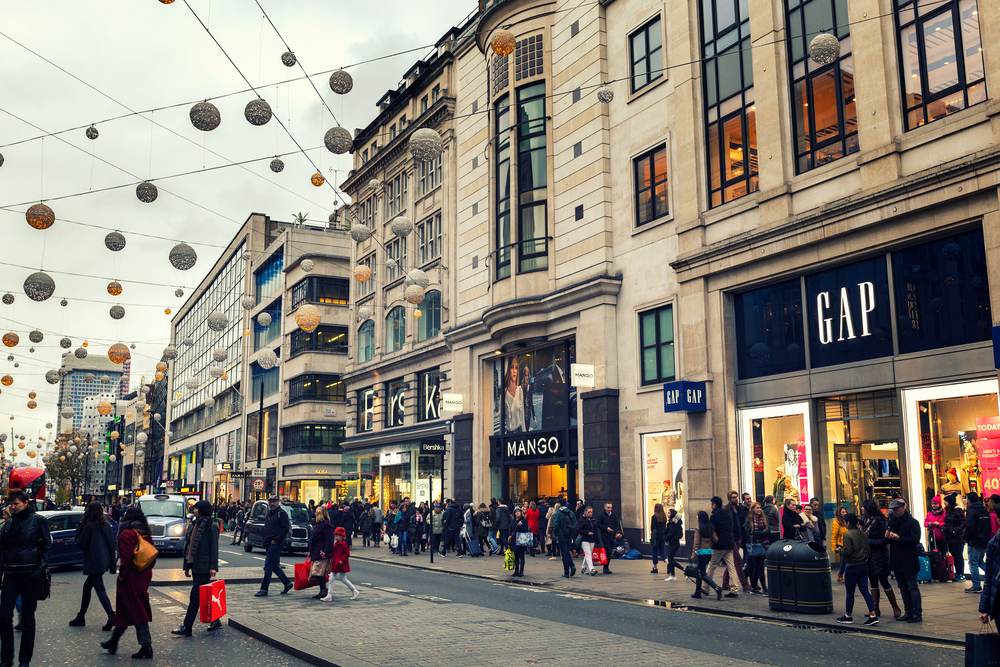 “We think that fast fashion adverts should be banned before 9pm, or certainly reduced in their quantity,” says Diana. She explains that big brands are promoting overconsumption, excessive waste, and using synthetic fabrics in clothes that harm the skin and the environment. As a result, fast fashion commercials are “promoting these issues”. She adds that this ban would “target the younger generation”, but recognises that they now spend more time online instead, so they consume advertisements on several platforms.

Oyeniran agrees: “Gen Z spends far less time watching TV than previous generations and is less influenced by advertising as a whole, preferring to take recommendations from peers or influencers.” So, to protect young people from fast fashion, there should be restrictions “where fast fashion thrives the most and where young people spend most of their time — social media”.

Corless adds: “Fast fashion is notoriously associated with a younger demographic, normally 16- to 25-year-olds who regularly spend time on social media where fast fashion companies have a huge presence.” She doesn’t think solely banning adverts will solve this, but instead says education is important, including ensuring people understand how and where clothes are made. 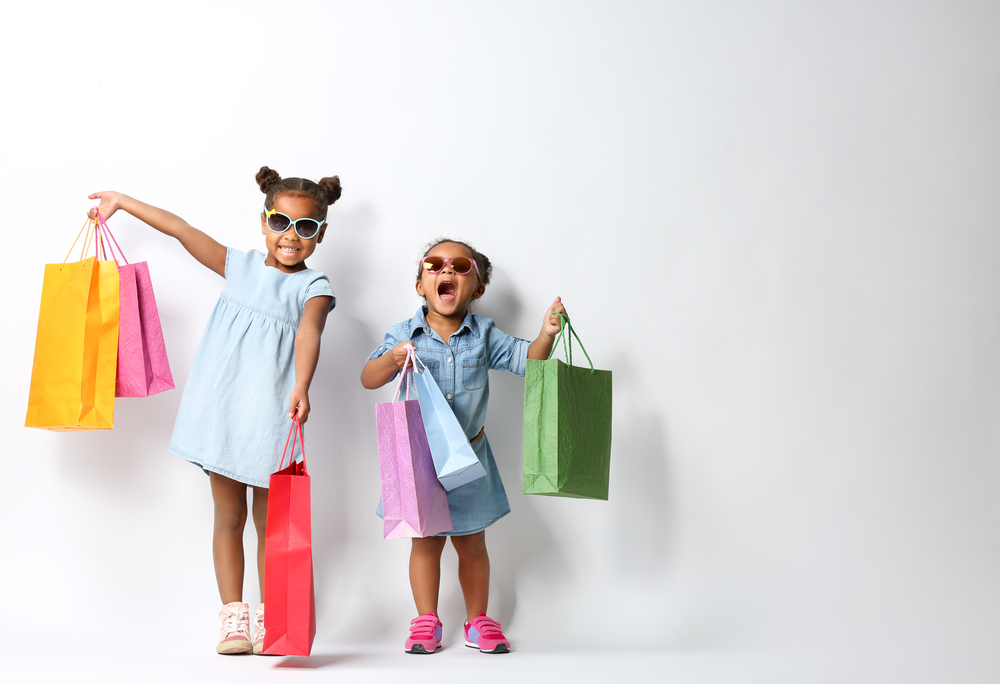 “Just like there are calories and nutritional information on fast food, there should be a standard for fashion brands to declare their ethical and environmental impact so consumers can make an informed decision,” says Corless.

Banning both types of adverts won’t completely stop people consuming both fast fashion and fast food. This is why the importance lies in education. It is essential to inform people on the impacts of fast fashion and make them aware of the destruction this industry causes in the same way they’re aware of the impacts of fast food. This will make them more willing to make changes and act.

Chloë Morgan
Chloë is a recent English graduate from Loughborough University. She tries to use her writing to raise awareness of important issues in an attempt to help others. Her passions lie in social justice, mental health and sustainability. After taking part in 'Veganuary', she developed an interest in veganism and recently went vegan. She is also trying to boycott fast fashion as much as possible by shopping second-hand and more sustainably.
Previous articleSauce Stache’s Mark Thompson: ‘I feel like a methylcellulose dealer’
Next articlePoliticians call for a global green deal to battle climate change