Kill the Bill: What the policing law means for the animal and social justice movements 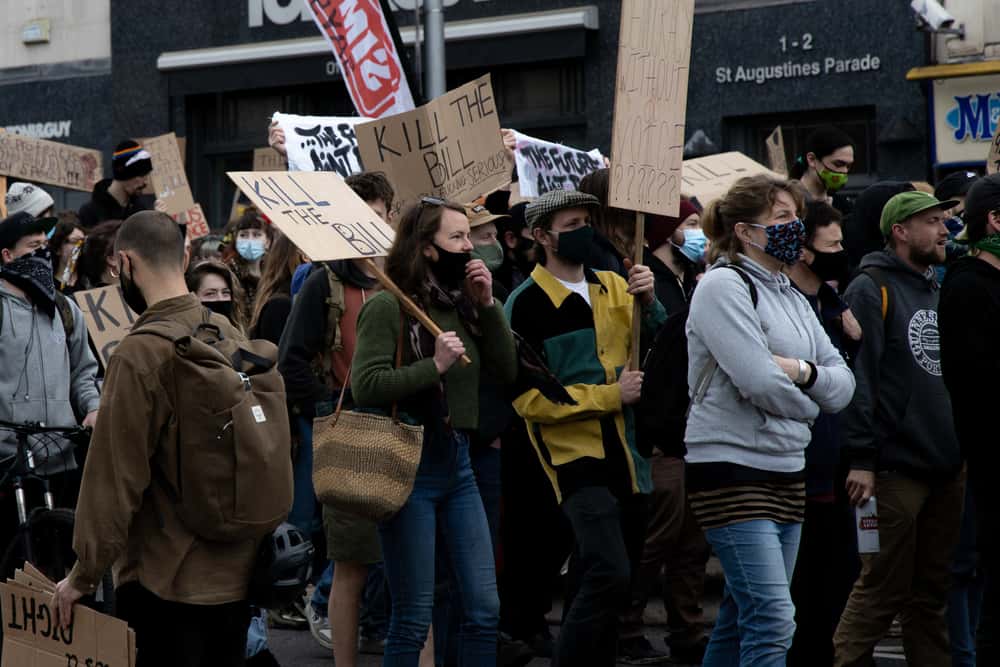 Britain’s Policing and Crime bill has triggered a string of demonstrations around the country, but what does the legislation mean for animal rights and social justice movements?

In the UK, we live in a democracy where protesting is a basic human right, enabling people to have their voices heard. However, our right to protest is currently under threat with the home secretary’s Police, Crime, Sentencing and Courts Bill, which would seriously restrict individuals’ rights to protest.

Kill the Bill is the trending hashtag and chant we have all become so familiar with over the past couple of weeks. Granted, the choice of words may not be the best and may have caused confusion. However, the refrain that has been echoing our streets refers to the government’s plans for a new crackdown on the freedom to protest. Buried in the 300-page bill are sweeping new powers that will hand police and the home secretary more control to crack down on protests.

The government claims the bill will allow the police to take a “more proactive approach” to intervening in “highly disruptive” protests deemed to be a public disturbance. However, that all becomes a very grey area — meaning it would be down to the discretion of each individual police officer, which in itself is a very troubling matter. It will hand the home secretary powers to create laws that would define “serious disruption”, which would then allow police to intervene in protests deemed disruptive by Patel.

At a time when we are faced with numerous intersecting crises, it seems extremely unsettling that the government has been rushing to push this bill through so fast and attempting to outlaw the basic right to protest. By restricting this right, the government seems to be attacking the very basis of mass participatory democracy.

The right to protest is fundamental. Ordinary people must be able to demonstrate so they can fight oppression and exploitation and make demands of the government and the system.

It will affect us all 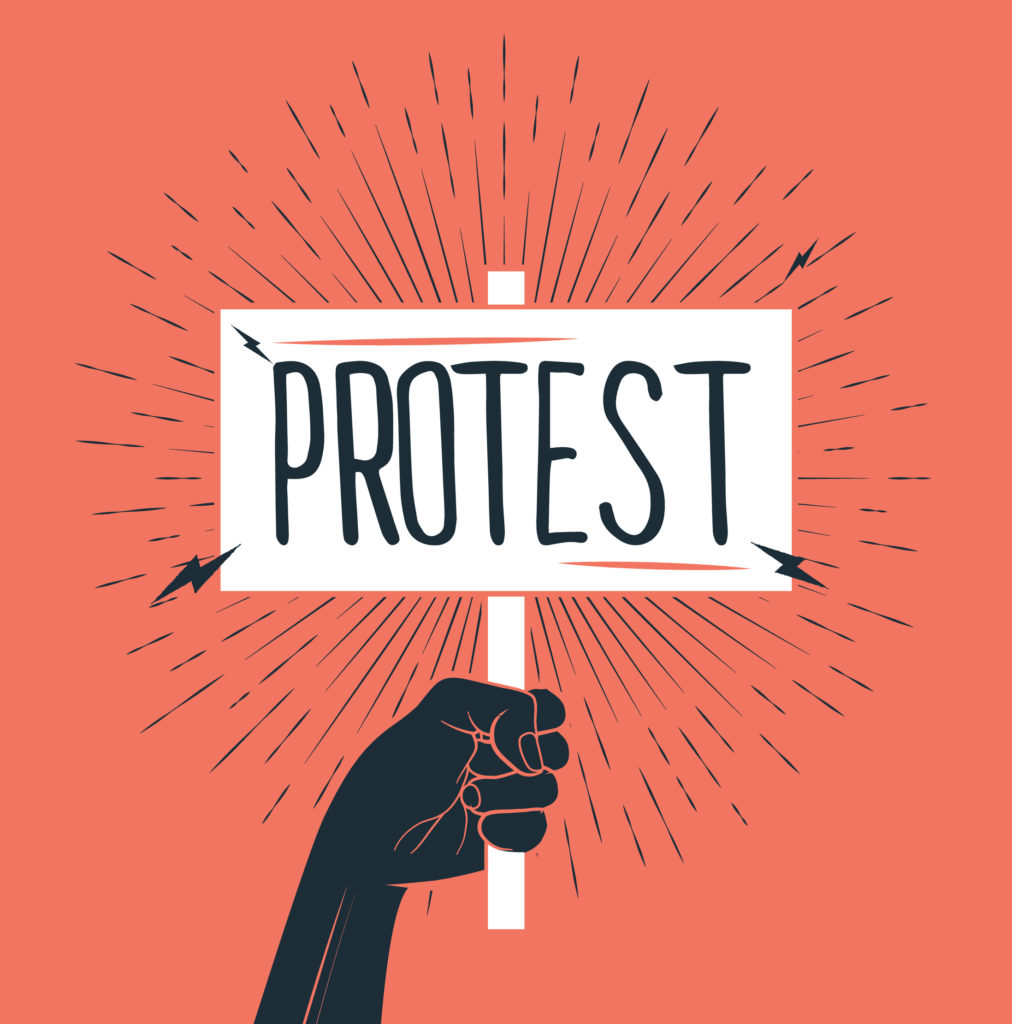 Whatever your political stance and whether you take part in activism or not, we live in a democracy that this bill is attempting to undermine. Put simply, this is a violation of our human rights that will affect us all.

From animal rights, women’s rights, Black Lives Matter, Extinction Rebellion, LGBTQ+, and so on, there are so many social justice movements and issues that need to be fought for. We will all be affected by this bill.

If it becomes law, then the face of activism in England will look very different and carrying out activism could effectively be criminalised. These seemingly draconian new laws are a threat to any protest group taking to the streets.

Besides that, there seem to be many other issues with the bill. The main problem, critics say, is not just that it gives officers more power to clamp down on demonstrations — the bill makes no specific mention of violence against women. It includes more language about the defacing of a statue than it does about crimes motivated by misogyny.

This is deeply troubling, especially in light of recent events, with the violence against women highlighted by the murder of Sarah Everard and the events at her vigil, which have sparked off this anger and disgust from the public.

Other political parties are demanding the government drop the bill and uphold the right to peaceful protest. The Liberal Democrats have expressed their concerns: “The Home Secretary’s contempt for basic human rights is deeply troubling. This Bill is just the latest in a long line of destructive attacks on the European Convention on Human Rights and the Human Rights Act.

The Labour party had originally planned to abstain from voting on the bill. However, they changed their position last week to vote against it. David Lammy, a Labour lawmaker who is the opposition party’s justice spokesman, called the legislation “a mess.” 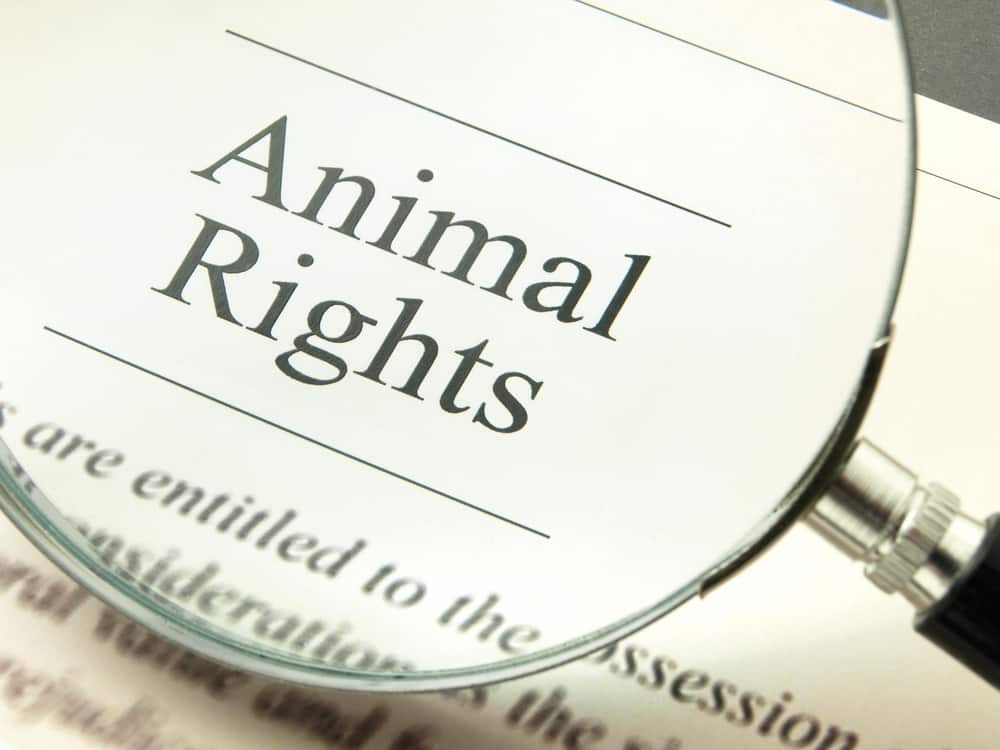 This bill would affect all social justice movements. However, as an ethical vegan and Animal Rights activist myself, I am focusing on what it would mean for the Animal rights movement specifically.

From grassroots outreach initiatives on the streets, protesters outside slaughterhouses and people trying to get exposure footage, to hunt sabs and people bearing witness to animals at Save vigils, the criminality and levels of sentencing attached to those actions under the new bill would put animal rights activists at risk of long prison sentences for the mere act of dissenting or making their voice heard.

Even if you are not an activist yourself, most vegans probably appreciate the work and efforts of those who are out there actively fighting for the animals and our planet. This bill would put a halt to much of that activism and, as a result, would be detrimental to the animals.

Part of the reason we have seen veganism skyrocket over the past few years are the documentaries and undercover footage activists have managed to gain from inside farms and slaughterhouses. Thanks to social media, with its ease and accessibility to view and share these videos, many people are deciding to take a stand against the animal agricultural industries.

With the government trying to put so many restrictions on peaceful protests, people would be forced to take a step back. There would be fewer people out there putting on events to raise awareness, the animals would be alone without having people to bear witness in their last moments, the exploitation of animals would not be exposed, the conversations on the streets would become less and rather than the momentum of the vegan movement continuing to move forward, it would be stifled. People would be silenced and as a result, the animals would be too.

Power to the people This is a time in history when we mustn’t remain silent. We must take a stand.

The right to protest and assemble is a key part of mass democracy. This bill is a breach of human rights and a great threat to positive change.

This policing bill appears to be a blatant attempt to create an authoritarian police state where the voices of ordinary people, particularly those most marginalised and disadvantaged are silenced by state-sanctioned penalties.

Tina Newman
Tina Newman is a writer, makeup artist and qualified Animal Nursing Assistant living in Suffolk, UK. She is the author of the vegan children's book series Vivi the Supervegan and mother to two little supervegans of her own. Tina had been vegetarian for 21 years until she found out what happens in the dairy industry and in September 2017 she went vegan overnight. She has been a passionate animal rights activist spreading awareness and helping to educate others ever since.
Previous articleThe Vegan Society’s Vegan Trademark added to food app LiberEat
Next article15 surprising stats about veganism