What is in Krispy Kreme’s vegan doughnut? 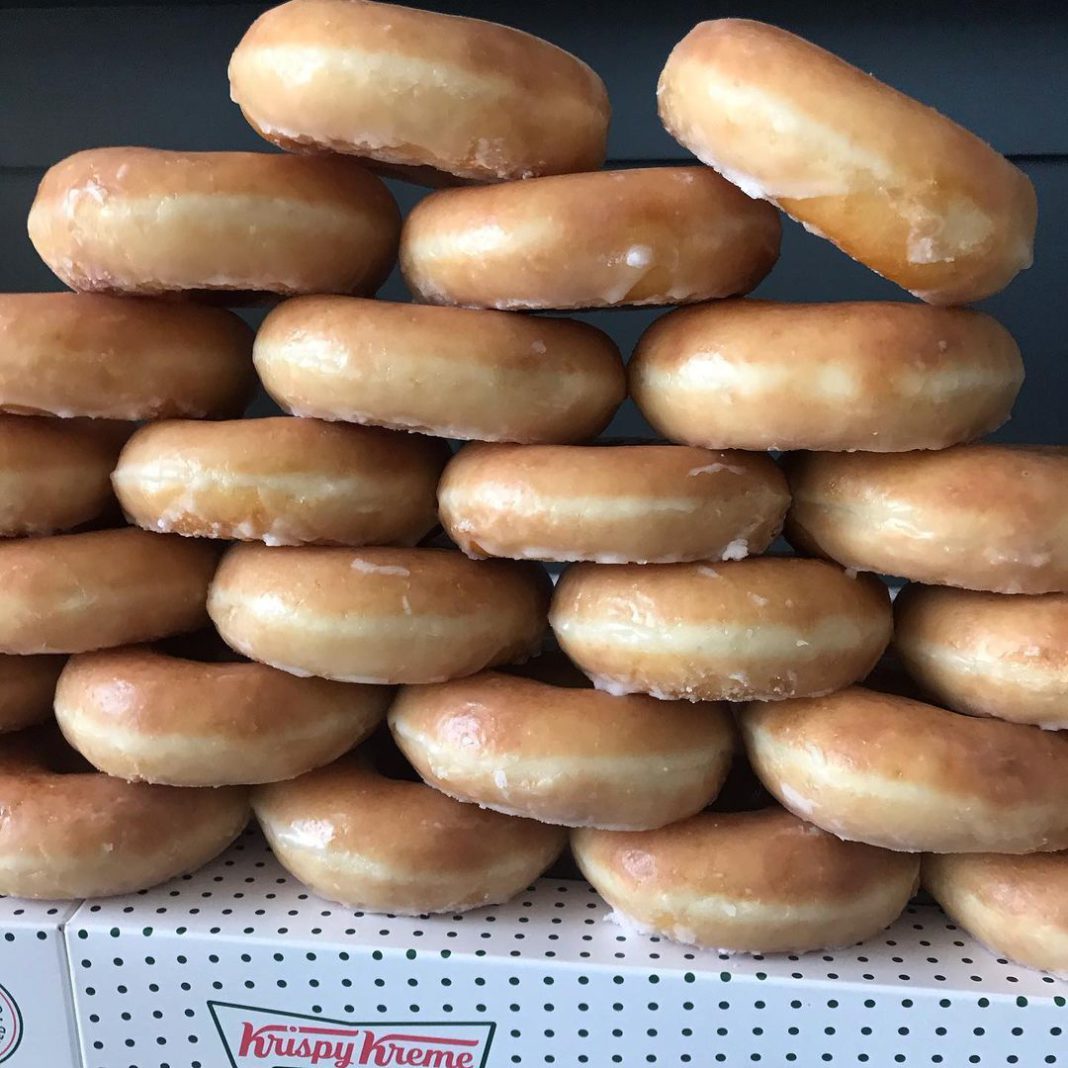 Krispy Kreme launched its vegan doughnuts in the UK this year, but what are they made of?

Krispy Kreme expanded its range of “iconic irresistibly original doughnuts” in the UK with the Original Glazed Vegan in January 2021, joining the ranks of other multinationals releasing vegan options for their food items.

The brand recalled how it set out to create a plant-based doughnut with “absolutely no compromise”. The vegan offering is exclusive to the UK, which has seen a surge in plant-based options in the last few years, with the pandemic accelerating that growth.

You can now get your hands on them by ordering the Original Glazed Vegan Dozen, or Double Dozen. But what’s in them — and how are they different from the original?

With the vegan Krispy Kreme doughnuts, at least, the ingredient list is quite long. The doughnut itself contains a wheat flour base, made from wheat flour, calcium carbonate iron, niacin and thiamin. Water, dextrose, palm oil, yeast, salt and wheat gluten are next on the list.

This is followed by an emulsifier made up of mono and diglycerides of fatty acids, raising agents monocalcium phosphate and dicalcium phosphate, and sugar. There is a preservative in the form of calcium propionate, the stabiliser carboxymethyl cellulose, a firming agent in calcium sulphate, and acidity regulators comprising ammonium and diammonium phosphates. Rounding up the list are ascorbic acid as a flour treatment agent and tricalcium phosphate acting as an anticaking agent.

That’s a lot to fit in a doughnut — but it’s probably why they’re so good. Unfortunately, these aren’t available in stores or Krispy Kreme cabinets right now, so you can only get your hands on them online. But if you’re in the highlands, islands or Northern Ireland, you’ll have to wait — as they aren’t delivered there yet.

Read our list of the best vegan doughnut recipes on the internet.

Anay Mridul
Anay is journalism graduate from City, University of London, he was a barista for three years, and never shuts up about coffee. He's passionate about coffee, plant-based milk, cooking, eating, veganism, writing about all that, profiling people, and the Oxford Comma. Originally from India, he went vegan in 2020, after attempting (and failing) Veganuary. He believes being environmentally conscious is a basic responsibility, and veganism is the best thing you can do to battle climate change. He gets lost at Whole Foods sometimes.
Previous articleWhen is maple syrup not vegan?
Next articleDirty Vegan: Dirty Bones’s London site serving up plant-based junk food