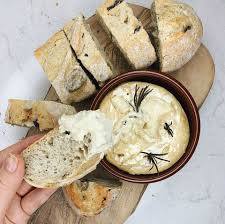 Based in Shoreditch, East London, La Fauxmagerie works hard to create a range of luxurious plant-based cheeses for all occasions. Each unique and each absolutely delicious. The team believes that the future is plant-based and that holding a sustainable approach to production and ensuring that customers do not have to compromise on taste and flavour, is the best way forward. We are so excited to see their range of 100% vegan cheeses, such as the mould-ripened Truffle Camemvert, or the classic Bluffalo, reaching further across the country! At present, La Fauxmagerie cheese is available in 20 Waitrose stores. We can’t wait to see this number increase very soon.

Launched in 2019 by two sisters, Rachel and Charlotte Stevens, La Fauxmagerie has gained a lot of press attention because of its unique and hugely impressive offerings. Initially, they also saw some negativity. Namely, this came from the dairy industry which has been less impressed and even sent the Founders a letter stating they were misleading customers by using the word “cheese”. Thankfully for us, they ignored this arbitrary comment to open their doors to a flourishing business in London.

The La Fauxmagerie founders are ecstatic to see their cheeses reach the mainstream platform of a national supermarket and we wish them all the best for their future developments.

We are so excited to see another step forward for plant-based living. It’s movement like this that makes the difference, whilst opening the doors to other companies and ideas in the vegan market.

While we’re on the subject of cheese…recently we shared a list of our favourite easy to find vegan cheeses. Take a looky.

Alice Soule
Alice Soule is a Writer and Editor, and graduated with a BA in Social Policy. She is passionate about veganism and animal rights but equally has a love of sports, reading, and drinking tea. Alice is a perpetual dreamer and recently finished writing her first novel. As yet to be published...because she's already dreaming up the next story...
Previous articleThe Best Vegan Restaurants in Edinburgh
Next articlePlant-based Eatery Crossroads Kitchen Opens at Resorts World Las Vegas