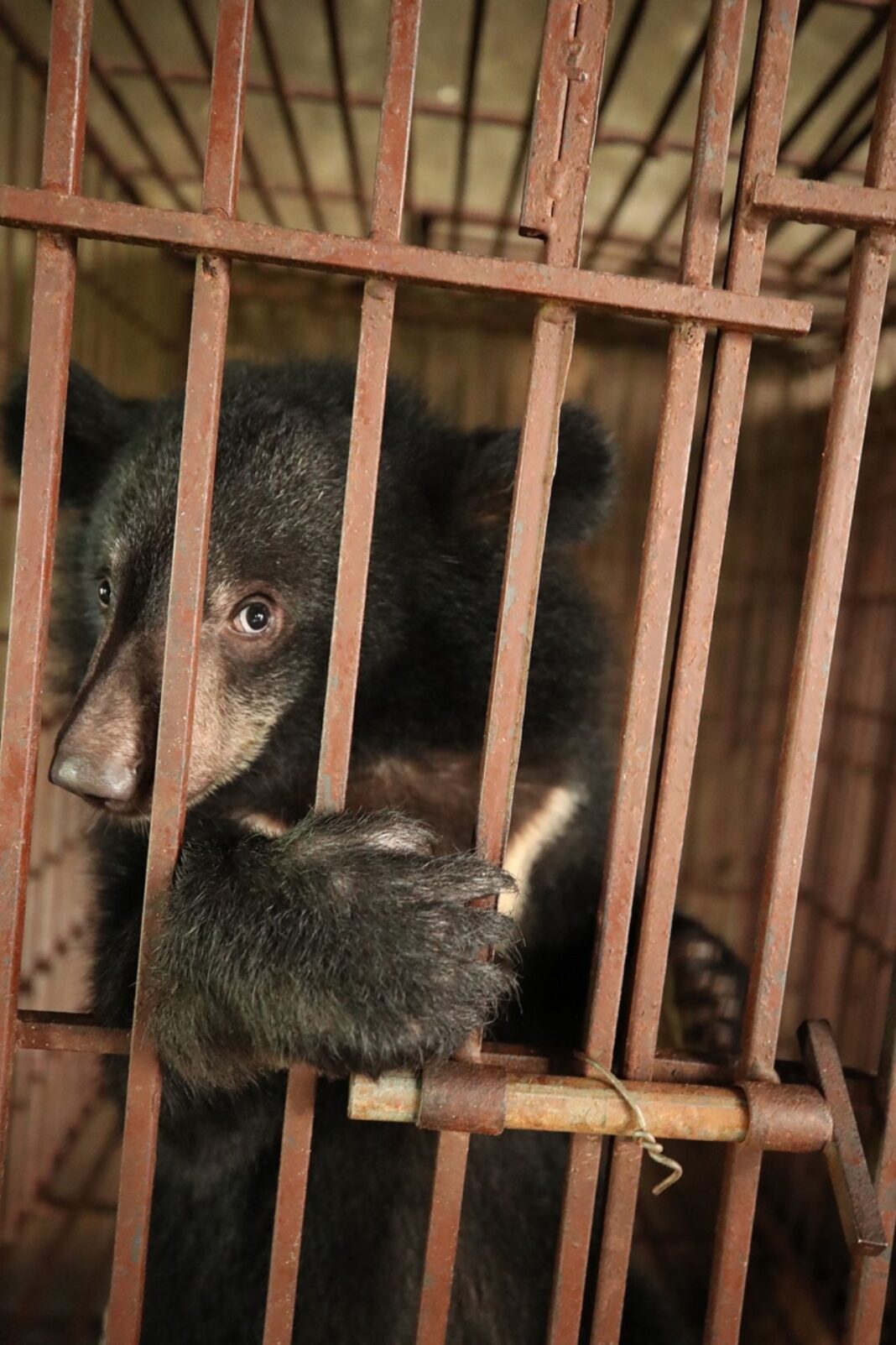 Vietnam’s illegal wildlife trade is threatening numerous species with imminent extinction. One woman — Kate Fox — has made it her mission to expose the truth and fight for survival with her astonishing film, Lawless Lands.

Kate Fox is unlike anyone I’ve ever interacted with. Her passion for conservation is infectious and urgent, but there’s more to her determination than a simple sense of stewardship — she knows what it is to overcome the odds, personally.

Living with ME — or chronic fatigue syndrome, as it is also known — Fox has faced her share of discrimination. When we started talking about how she funded her Lawless Lands film project, it became obvious she wasn’t one to sit around bemoaning her lot in life.

She explains: “I have a chronic hidden disability that doesn’t make me overly appealing to employers. I also have bucketloads of British bulldog pluck and a little bit of savings. So with a determination to make some small mark for the better on the animal world, I dipped into my savings. I tried not to worry about every penny I spent and just went for it.”

Many mountains to climb

It would be churlish to skip over the struggles that Fox needed to overcome. From being an active outdoor fanatic — climbing and kayaking regularly — to finding scaling her own staircase an impossible challenge, she had to reevaluate her life and the way she lived — entirely.

Taking on the challenge of producing an undercover film was not something she decided on lightly: “I had to break down my life into 15-minute blocks in an attempt to understand and survive this disability. The more I fought against the new person I had become, the worse it got.”

She continues: “By the time I produced and filmed Lawless Lands, I had learned I could survive short bursts of physical activity, if managed carefully. But to say I felt comfortable about taking on the illegal wildlife trade would be stretching the truth. I simply made the decision I was prepared to accept any health consequences upon my return.”

There’s no getting around the fact that Fox had no experience of undercover filming. She had zero budget for training, and with time of the essence, her preparation amounted to a deep breath and setting out.

She managed some perfunctory practice runs — while always accompanied by her translator — but nothing could have prepared her for meeting an illegal wildlife dealer for the first time. The experience was unsettling: “I caught him taking several discreet photos of me on his phone and then sending them to whoever. I practiced looking unphased and smiled as if it was the most natural thing in the world and tried hard to get into character.”

At no point was Fox under the illusion that her task would be easy, but meeting her ‘hosts’ brought home the realities that she would have to face — with a seemingly unphased demeanor. Having already braced herself to find an animal and trace its tragic story from start to end, meeting Boo — the eventual protagonist of her film — proved almost too much to bear. 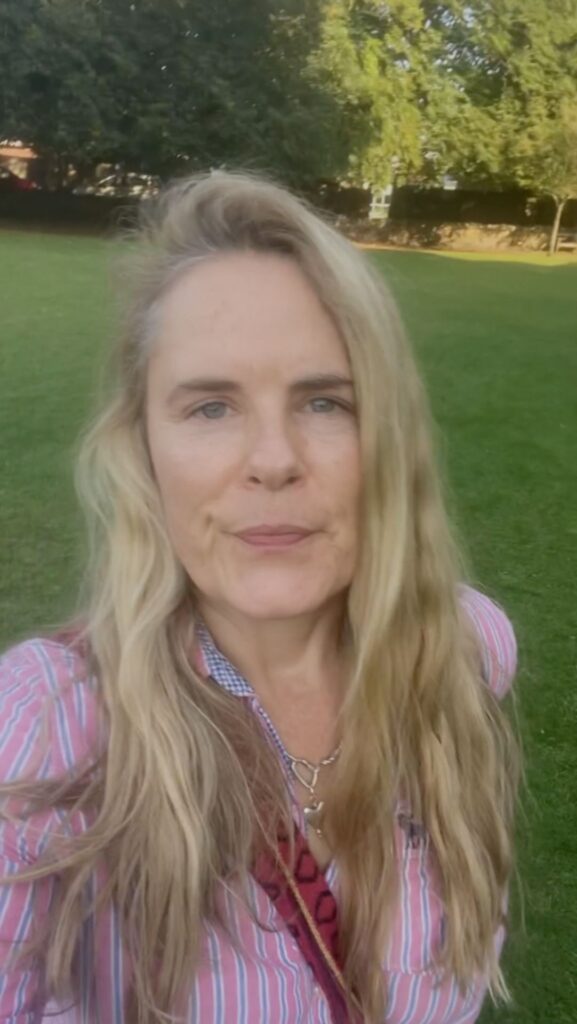 From successfully hiding her passport during check-in at her hotel — to hide her real name — through to awkwardly feigning an upset stomach to avoid eating meat, Fox was already in deep. Then, she met the bear that would change everything.

“I felt like Alice, tumbling down a very long rabbit hole. Bouncing from the normality of school runs and family meals to sharing a ceremonial tea with the patriarchal members of what amounted to a Vietnamese crime syndicate,” she explains. “I was corralled into a dark room at the back of the house, my heart thumping so loudly I could feel it in my throat. With no information about what they were doing I was imagining the worst. And suddenly, I was there.”

Fox describes Vietnamese bile farms as an “assault on the senses”. Hot, humid and fetid with despair, she was horrified to see large bears tightly shackled and starving. Years of defecating through their cage bars left these once-magnificent creatures trapped in their own grime and with no comfort or stimulus, most were catatonic. Unconvinced by performative concern from one of the dealers — as they shook the paw of a cub desperate for connection — her attention turned to another poor prisoner.

“Boo the bear just broke my heart,” she recalls. “He was one of the few bears still moving. Standing on his hind feet, he was staring at me like he knew his life depended upon it. I just wanted to scoop him up and rescue him. Little did he know that I would spend the next few years of my life using the photos I took in that hellhole to free him. Pinned to my fridge door, they were a distressing reminder not to forget my silent promise.”

Bear bile farming is a cruel practice that sees bears — often taken when they are just 1kg cubs — kept in small cages for continuous live bile extraction. It’s painful, inhumane and illegal. Fox faced a multitude of difficulties when producing her film, yet has still managed to highlight the plight of these beautiful creatures.

Using her own savings and while managing a disability, she reveals that failure to help the bears was simply not an option: “Not speaking Vietnamese, having zero contacts in the country and no experience in undercover investigations meant I needed significant imagination to compensate. For some reason, it didn’t cross my mind that I would be unsuccessful and I think that probably helped. Or maybe I should say the threat of failing was helpful. After years of being trapped in my own personal ME hellhole, I could sympathise with Boo and his friends.”

Three of the bears that Fox met have now been successfully rescued — despite strong objections from the farm owners — but Boo remains trapped.

What can you do?

With Lawless Lands being shown as part of the International Vegan Film Festival, the vegan community is being asked to watch, come together and share the film’s message. The more we talk about these hidden illegal practices, the harder it will be for immoral traders to continue.

Support Kate Fox in her work by sharing and signing this petition. You can also donate directly to Verify Humanity.

Read more on the International Vegan Film Festival, running online from October 10 to 17.

Amy Buxton
Amy is a committed ethical vegan, raising a next generation compassionate human with her husband and their beloved dog, Boo. A freelance writer with a background in PR, she decided to use the COVID lockdown period to refocus her client base and has come to The Vegan Review as a senior writer and editor, before moving into her external content director role. "What we should be doing is working at the job of life itself" is Amy's mantra, courtesy of Tom from The Good Life.
Previous articleAsda slashes Free From prices to achieve parity with non-specialist products
Next articleTal Gilboa: ‘We can shout and scream but all we achieve is offending people’