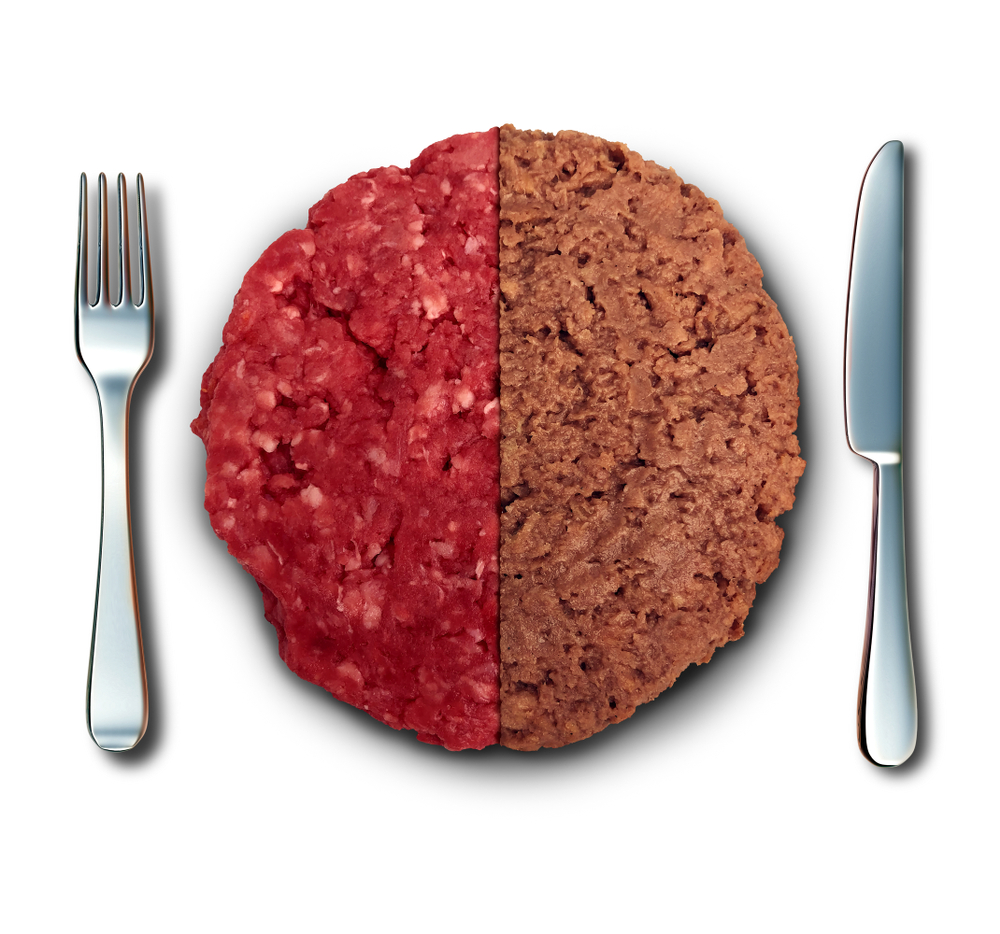 The UK’s National Food Strategy, released today, calls for a 30% reduction in meat consumption to fight climate change, with a detailed, three-pronged approach.

A 30% cut in meat consumption to tackle climate change and a £3 billion levy on sugar and salt to break the UK’s junk food addiction are the highlights of the UK’s National Food Strategy.

Part 2 of Henry Dimbleby’s strategy was released today. Commissioned by the government, the strategy attempts to improve public health, combat climate change and restore biodiversity. It also includes a 30% increase in the consumption of fruits and vegetables, which would help get in line with the five-a-day recommendation.

In a public poll on the idea of a meat tax, it found that 50% of the UK’s population believes the government should support the reduction of meat in supermarkets by at least 10% by 2030 to tackle climate change. But only over a quarter (26%) supported the idea of a fresh meat tax, while 48% opposed it. The numbers were exactly the opposite when talking about a tax on processed meat, with 48% supporting it and 26% opposing it.

The report says a 30% cut reduction in meat consumption is required to achieve the 5th Carbon Budget and the 30×30 nature commitment. “This represents the creation and maintenance of at least 410,000 hectares of woodland, maintaining and restoring 325,000 hectares of peatlands, and managing 200,000 hectares mainly for nature,” reads the report.

The strategy recommends cutting back on animal proteins, noting that 85% of land used to feed us is used for livestock farming. It acknowledged that plant-based proteins produce 70 times less greenhouse gas emissions on average than beef, and use 150 times less land.

While the food strategy stresses it isn’t asking everyone to go vegan, it admits that reducing meat consumption is “is the single most effective lever we can pull to improve the productivity of our land”. It adds that the idea of cutting back on meat can be unpopular: “There is something culturally sacred about a freeborn Englishman’s right to a plate of bangers or a Sunday roast.”

However, around half of the meat the UK consumes comes from ready meals, says the report, and it may prove easier to reduce animal-based meat content in there, with vegan ready meals on the rise and plant-based proteins matching the taste and texture “at a fraction of the price”. Lab-grown meat, precision fermentation and plant-based proteins have all been recommended to encourage a shift away from traditional meat.

The National Food Strategy has recommended a three-pronged strategy for the UK to address its meat consumption: “Invest in technology to reduce the methane that ruminants emit; invest in alternative proteins which can replace some animal products, especially in processed foods; and nudge consumer behaviour through industry action and public sector procurement.”

The findings have been welcomed by charities. The executive director for Humane Society International’s UK branch, Claire Bass, said: “The recommendations in the Food Strategy report are bold, visionary and urgent, and it is imperative that the UK government listens and acts decisively to wean the nation off the vast quantities of cheap meat that are wrecking our health, the environment and causing immense suffering to billions of animals.”

Louise Davies, chief executive of The Vegan Society, which is leading calls for a shift to a plant-based food system, said: “Targets for meat and dairy reduction are essential for meeting our climate targets. We can be [ambitious] — the plant-based movement is rapidly growing: people want to eat meat alternatives for ethical, health and environment[al] reasons, and they need government intervention to make this the most affordable and accessible option. It’s no longer acceptable for the government to ignore what we eat when it comes to the climate crisis”.

Anay Mridul
Anay is journalism graduate from City, University of London, he was a barista for three years, and never shuts up about coffee. He's passionate about coffee, plant-based milk, cooking, eating, veganism, writing about all that, profiling people, and the Oxford Comma. Originally from India, he went vegan in 2020, after attempting (and failing) Veganuary. He believes being environmentally conscious is a basic responsibility, and veganism is the best thing you can do to battle climate change. He gets lost at Whole Foods sometimes.
Previous articleHumaniTea: climate-conscious, oat milk-based vegan tea lattes
Next articleOatly rejects accusations by short seller of misreporting revenue and greenwashing