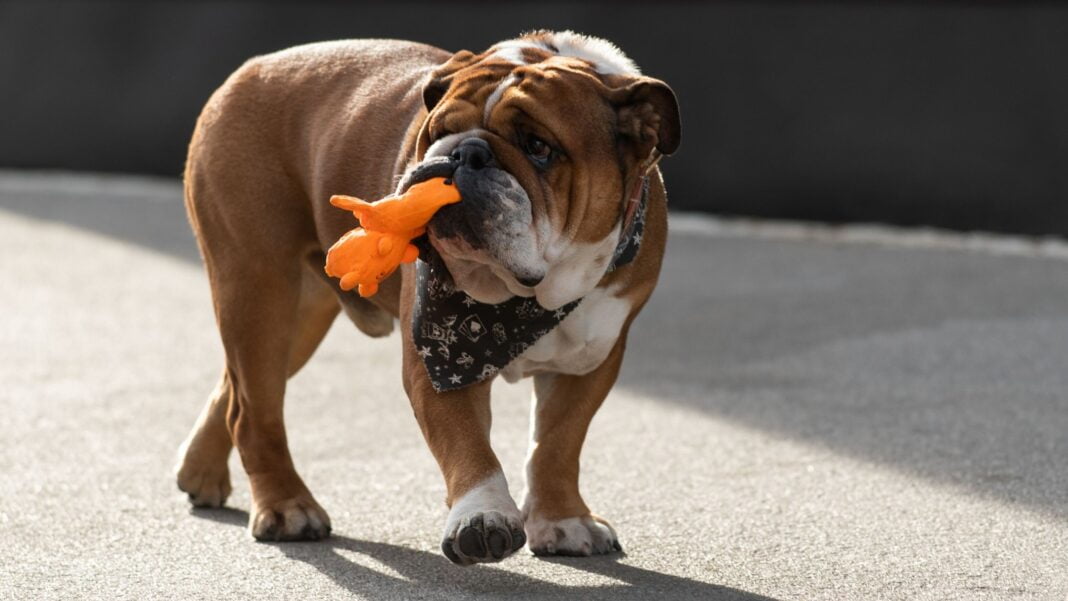 Formula One racer Lewis Hamilton has revealed on Instagram that his bulldog Roscoe is now fully vegan, which has helped his health problems.

Vegan athlete Lewis Hamilton has revealed on social media platform Instagram that his bulldog, Roscoe, is “now fully vegan” — just like his owner.

The racer shared a photo of the canine with a caption talking about his dog’s arthritis and how he was “limping in pain” because of it. Roscoe also had swollen paws and breathing problems, and Hamilton claims that giving him a vegan diet has healed his paws, his limp is gone, his breathing has opened up and has a much softer coat. He states he is happy with the results, and so is his dog.

The news was posted on Roscoe’s Instagram account, with the description confirming that he is a “vegan bulldog”.

Hamilton went vegan in 2017 for animal welfare and how a plant-based diet had a positive effect on his body. He revealed to GQ Hype that veganism had eradicated the “big oscillations and highs and lows” in his energy levels, and he was always looking for ways to improve his training.

While there have been debates about whether feeding vegetarian, raw, homemade or vegan diets to pets could be detrimental to their health, there are ways to give your dog or cat safe vegan diets.

Anam Alam
Anam is a freelance writer for The Vegan Review and a student studying journalism. She is a passionate writer who possesses a range of skills ranging from audio, video, editorial and creative writing. Her goal is to educate the public and the world with stories that she feels need to be talked more about in society.
Previous articleGreen Rabbit Kitchen: Vegan Cuisine in Your Home & Pub
Next article7 black-owned vegan UK businesses and why you should support them