Libellula: Adopt an olive tree, save a centuries-old industry 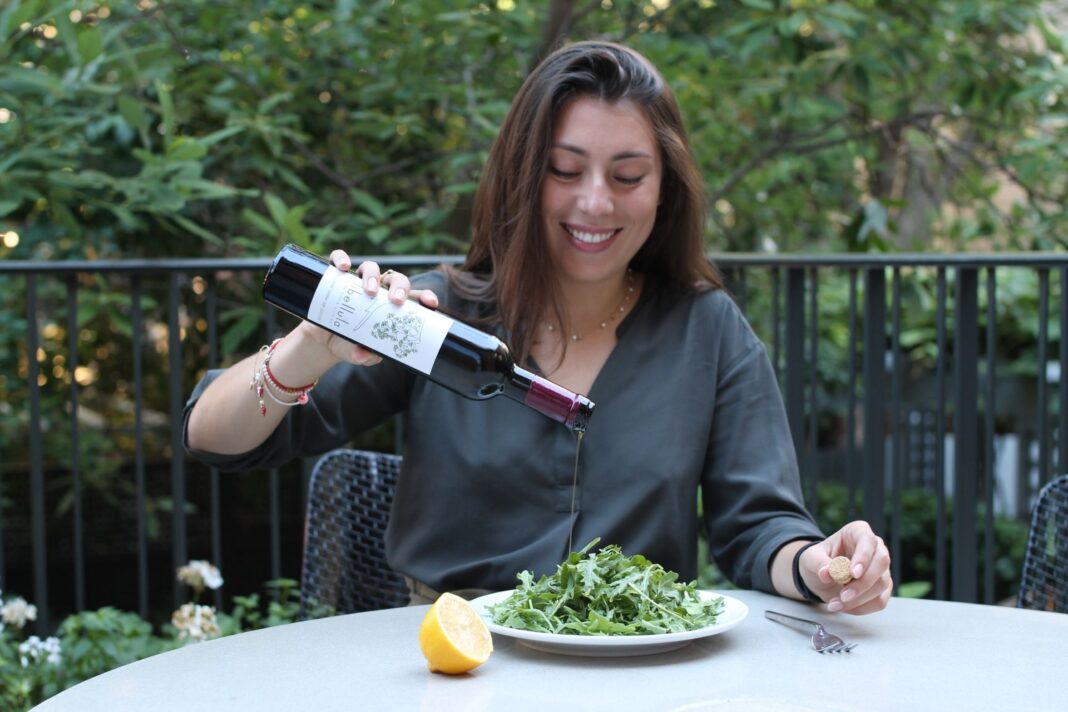 Father- and daughter-owned organisation Libellula is giving centuries-old olive oil a second chance at having a planet-friendly time in the spotlight.

“It was serendipitous,” says Julia Scarselli, co-founder of olive tree adoption business Libellula. Serendipitous is the way the entrepreneur felt when she first established Libellula, at the age of 19, through a female entrepreneurship competition at Smith College, Massachusetts.

Walking up on stage to accept the prize was the first time she felt connected to what she was doing, and now, only four years later, her organisation is connecting Italian farmers to businesses across the globe.

Born and raised in Milan, Scarselli moved to the US at the age of 14. But she often longed for a connection to her roots back in Italy. Her father, Camillo, founded Atleticom, a Roman marketing and sports communications agency. It was on one of his plane trips back to Rome when he first noticed the little town of Montelibretti, hidden amongst an olive tree-dotted landscape.

One summer’s day, as they were strolling through Montelibretti’s groves, the idea for Libellula was born. Only a dream at first, ‘libellula’ translates to dragonfly: a symbol of purity and organic methods because of how fragile the insect is. “Dragonflies are an excellent indicator of low air pollution levels, because they can’t survive otherwise,” explains Scarselli. 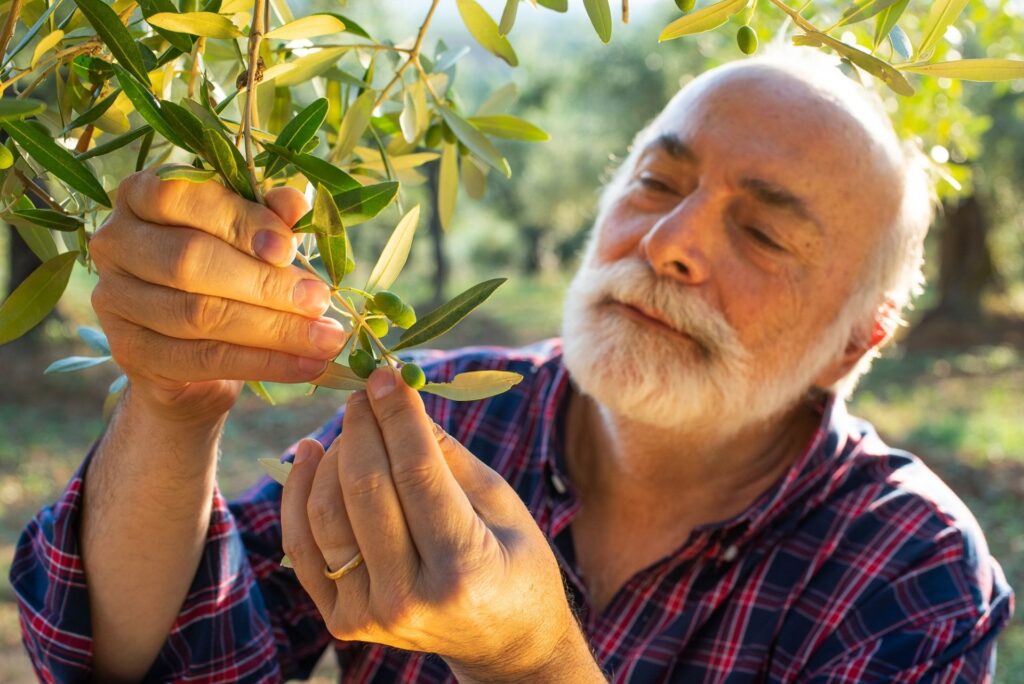 For years, Italy’s olive oil has been in a crisis, with 2019 seeing a harvest drop of over 57%. Climate change has been the biggest driver of this, followed by the 2008 economic crisis, which worsened an already expensive and intensely laborious sector.

In Puglia, a region in southern Italy, groves are being burnt to the ground to prevent the spread of Xylella fastidiosa — a plant bacteria killing the industry. “They are burning centuries of cultural heritage to the ground, forgetting these trees will take another few centuries to grow back,” Scarselli explains.

But Libellula seeks to change that.

What does Libellula do?

“I just remember thinking: ‘There’s something so rich here.’” After a trip around the US, familiarising themselves with the American market and where they spend their money, the co-founders realised there was a huge demand for a clean olive oil product, which didn’t contribute to any of this sector’s fraud. The US is the largest importer of olive oil in the world.

Olive oil is a staple in every Italian’s kitchen. “I put olive oil on literally everything, it’s my way of knowing whether a restaurant is good or not,” Scarselli says. “In a way, Libellula was this beautiful way of bridging my two identities, my cultures in Italy and the US, and making them into one project.”

Customers pay for a yearly membership and are sent nine litres of cold-pressed, extra virgin olive oil. The membership is seen as a symbolic year of tree adoption. In this way, the business has built a link between traditional families in the Italian countryside and restaurants, homes and even ice-cream shops across the world.

Libellula doesn’t cultivate the olive oil itself. It provides direct access to the market, especially because — being handed down from family to family — olive oil in the area of Montelibretti is yet to make its name in the industry.

“For most people it’s a benedizione, because they want to share the beauty of this region. It’s a respectable relationship where you get something out, and put something in,” Scarselli says.

The co-founder notes how Italian traditions are renowned for their historical ties and value, not for their efficiency. So, to maintain a supreme product, Libellula has its own mini-grove — used as an experimental lab. The olive grove additionally has a well and solar panels so it can fuel itself sustainably, and completely avoids carbon and pesticide use.

The local communities of Sabina have welcomed Libellula’s work with open arms. While some acted jealous at first, Scarselli says they soon realised that she and her father are “the brokers”.

Italian farmers are not the only ones to benefit. With customers in the US, Amsterdam and London, Libellula is bridging cultures in a world that currently isn’t allowing us to travel as much. By partnering with the business, people can symbolically adopt a tree and help families struggling through an otherwise hopeless crisis.

But those most benefiting from Libellula’s work are the groves. Unfortunately for most olive trees, once their leaves turn yellow — an obvious sign they are sick — it’s almost always too late to cure them. 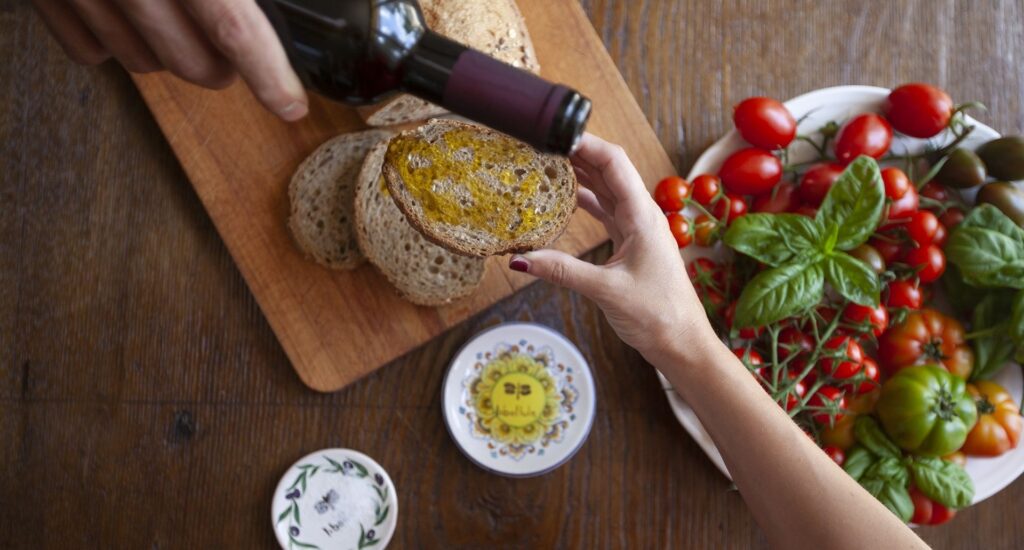 Scarselli’s father explains Xylella fastidiosa arrived on ships carrying ornamental plants from the Americas, but while it has immensely damaged Puglia’s major botanical gardens, it is yet to spread further up the Italian peninsula. If the infection is small, natural fertilisers and 30 days of no water is an excellent cure.

Libellula is additionally hoping to create a device with alerts for when a tree is at risk of being infected, which suggests the appropriate care and nutrients.

This summer, Scarselli went on a road trip around southern Italy, purely to expand her knowledge in olive oil cultivation and meet the farmers behind this product. While its market base is primarily in the US, the entrepreneur would like to widen its reach in Northern Europe and further.

In five years’ time, Libellula will not only be more global, but it will be more personalised. A geo-location of the tree, satellite data of its water consumption, and a device to ‘nudge’ the farmer are all in the works. Through their road trip, the Scarsellis hope to have built a collective outside Sabina — across Sicily, Puglia, Calabria and Umbria — and see their olive oil be sent across the world, bringing their stories along for the ride.

Constantly questioning: “How can we stay connected to our roots from afar?” Libellula is looking for organisations willing to use olive oil in unique and creative ways. But fundamentally, Scarselli’s ultimate goal is to “bridge the gap between what you buy and where it comes from”.

Olivia Rafferty
Olivia is the Assistant Editor of The Vegan Review. An aspiring Middle Eastern correspondent currently studying journalism at City, University of London, she is passionate about the planet, she believes veganism is the first step to solving the complexities of climate change.
Previous articleFrance allocates €100 million to develop production of plant-based proteins
Next articlePlant Based World Expo, Europe’s first dedicated vegan event, is coming to London in 2021