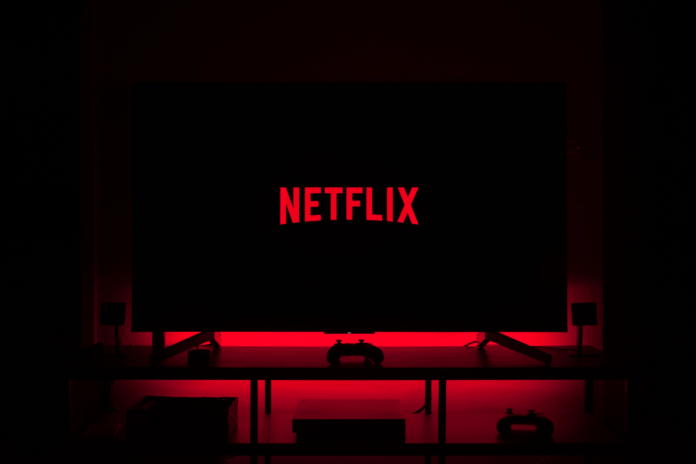 Why do we need another Netflix vegan documentaries list?

Documentaries are an entertaining and powerful way to learn. If you’re new to the vegan lifestyle these films can be an eye-opening experience. From documentaries that focus on the human-animal bond to investigations into our troubled food systems to a close look at the environment and how our actions are affecting it, vegan documentaries inspire us to become more mindful and deliberate in our actions. They encourage us to think for ourselves, develop new perspectives, and question and challenge what’s handed to us as fact.

When it comes to streaming platforms nothing beats the diverse assortment of high-quality vegan documentaries on Netflix. Whether you’re a decades-long vegan, environmentally conscious omnivore, health nut herbivore, or veg-curious animal lover here are the best vegan documentaries that the streaming service has to offer!

Note: This list is compiled for the US and UK. Regional differences may impact the vegan documentaries on Netflix that are available in your country.

What are vegan documentaries?

Vegan documentaries look at all areas and angles of veganism. The topics they cover range from:

What vegan documentaries are currently available on Netflix?

As of February 2022, you can watch the following vegan documentaries on Netflix.

Considered one of the best vegan documentaries The Game Changers challenges old narratives about the relationship between fitness, health, and eating vegan food.

The Game Changers quite literally changes the sport and nutrition game. It reveals that bodybuilders and athletes don’t always need to eat copious amounts of meat and dairy to get enough protein. Smashing stereotypes about eating a vegan diet and calling for an end to outdated images of vegans as pale, anaemic, and “weak”, the Game Changers is often one of the go-to documentaries for the veg-curious.

Produced by vegan triathlete and retired firefighter Rip Esselstyn (among other notable athletes and experts in plant-based nutrition) The Game Changers film follows James Wilks, an Elite Special Forces trainer and UFC fighter. When Wilks realizes that protein doesn’t have to be linked to eating meat he embarks on a journey to uncover the secrets about the best diet for human performance.

Considered one of the best vegan documentaries of all time, What The Health explores the links between the consumption of animal products and life-limiting diseases like diabetes and autoimmune disease.

Produced by Oscar-award winning actor and legendary vegan icon Joaquin Phoenix, this documentary film unearths the impacts of highly processed foods on health and looks at why so many leading health organisations still promote the meat industry. It reaffirms what we’re all beginning to realise: choosing to eat a plant based diet is one of the most powerful actions we can take!

What The Health is surprising, intriguing, and even hilarious at times: a true eyeopener for any meat-eater.

This classic vegan documentary, with its memorable “Warning: This Movie Could Save Your Life!” tagline focuses on the public health issues tied to diets that are full of meat, dairy, and other animal products.

Beyond looking closely at the negative health impacts of eating meat and dairy the film also examines how the pharmaceutical industry benefits from factory farming and the traditional Western diet.

Forks Over Knives breaks down the issues with an animal-based food supply chain and explores how eating real food, like a whole food based vegan diet can help prevent and treat many chronic illnesses such as heart disease, cancer, and diabetes.

In 2014, the world was shaken by the revelations from this documentary film. Produced by actor turned environmental-activist Leonardo DiCaprio, Cowspiracy, The Sustainability Secret, is an investigative documentary that looks at the effects eating animals has on the planet.

It explores huge issues such as climate change, greenhouse gas emissions, and the widespread environmental destruction that the meat industry and meat production has on our natural world.

Since Cowspiracy won the Audience Choice Award at the 2015 South African Eco Film Festival, it has been considered one of the best vegan documentaries by plant based people around the globe.

Released in 2021, Seaspiracy is a hard-hitting and unapologetically eye-opening documentary that focuses on the impact of commercial fishing on native marine life.

Although it’s not always obvious, fishing is still considered a part of the animal agriculture system (factory farmed salmon, anyone?), and it has an unignorable impact on our planet.

Directed by Ali Tabrizi, the film focuses on asking difficult questions about who is to blame for the environmental devastation of marine ecosystems. Beyond the troubling nature of the fish food industry, the film also examines the ties between overfishing and ocean dead zones and pollution, such as how plastics and fishing gear are choking out oceans and harming their inhabitants.

Mainstream media outlets, including Vogue, and leading environmental organisations, such as Greenpeace, encourage everyone to watch this documentary. Even if you don’t follow a vegan lifestyle, Seaspiracy will change the way you look at seafood forever.

One of the most underrated vegan documentaries on Netflix, The Milk System, explores what its title suggests, the dairy industry.

The Milk System film examines how the multi-billion-dollar milk industry damages the environment and contributes to global warming. Shot by Italian director Andreas Pichler, this environmental film brings together farmers, scientists, doctors, and industry insiders who reveal the consequences and hidden costs of the global dairy industry.

Ultimately a hopeful film, The Milk System, encourages viewers to reconsider their dairy and drinking habits and explore ways that the industry as a whole could be changed for the better.

Everyone seemed to be talking about  Okja when it premiered on Netflix in 2017. This heartwarming and heartwrenching drama tells the fictional story of a young girl in South Korea who raises and cares for a genetically modified “super” pig named Okja.

She doesn’t know that Okja is one of 26 super pigs being raised by farmers around the world. As part of a competition after ten years, these pigs are taken away to be tested and slaughtered.

While it’s not technically a vegan documentary, Okja has a strong vegan message that speaks to animal activists everywhere. The film explores the emotional connection we also have with animals, the very same animals meat eaters often don’t even give a second thought to.

Okja unflinchingly looks at the dark realities of animal agriculture while encouraging viewers to change their eating habits.

Many people these days are aware of the cruelty involved in keeping orcas, dolphins, whales, and other sea creatures in captivity in parks like SeaWorld. Now it’s more common than ever to see ethical vegans and animal activists actively boycotting these parks and demanding they take accountability for their abusive ways.

As one of the earliest animal welfare documentaries (it premiered nearly ten years ago in 2013), Blackfish shed light on the practices in these parks. Featuring first-hand accounts from former dolphin and orca “trainers,” Blackfish shows how captivity has a detrimental effect on animals’ physical and mental health and how that impacts their relationships with humans. This hard-hitting documentary looks at how this emotional turmoil led to aggression and ultimately the deaths of three staff members.

Blackfish will forever change the way we look at animals used for entertainment.

What about other streaming platforms?

There are also many other vegan documentaries out there that are also not on Netflix. Amazon Prime Video, Hulu, Apple TV, HBO Max, YouTube, and many other streaming services are also home to these life-changing films.

If you’d like to take a more budget-friendly approach and support your local community, you can also see if your local public library has any of these films available on DVD or BluRay! You may even strike up a fascinating conversation about them with the librarians who check you out!

Ready for even more?

The website Films For Action is also an excellent resource for videos on any topic around social change. There’s a section specifically dedicated to Animal Rights.

If you also watched any of the best vegan documentaries on Netflix we’ve spotlighted here, you’re no doubt feeling inspired and ready to make changes. Ready to harness that energy? Turn it into activism! There are so many brilliant animal rights and welfare organisations out there who need people just like you to join the fight and make some life-changing work happen.

Large organizations include the Animal Save Movement, Anonymous For The Voiceless, and Direct Action Everywhere.

Don’t forget about local rescues or grassroots organisations, either. There may be farmed animal sanctuaries, humane societies, or local education and political groups with pro-animal policies and animal protection legislation right in your own backyard!