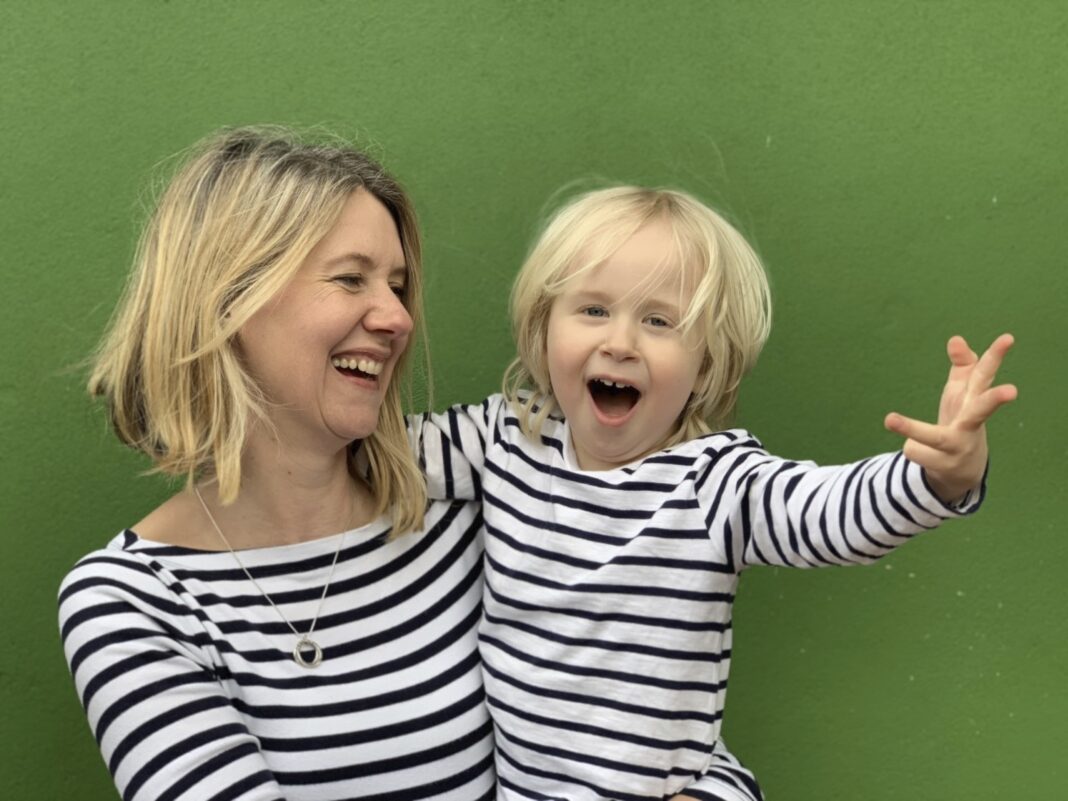 “Jonah has always grown up knowing he’s different,” says Jessica Harris about her son, who was diagnosed with a long list of allergies at just three months old. Unfortunately for her, while the volume of Free From sections in most supermarkets is on the rise,kids with allergies continue to be neglected.

Harris believes that while “the number of allergies in the UK is growing, it’s still not enough to sustain a category”. So instead of waiting for it to keep increasing, she took the issue into her own hands. Two years on, the entrepreneur founded Little Bandits, a food company on a mission to make all children feel included.

Why is there a gap?

“The size of that market isn’t big enough to merit investment,” says Harris. Cutting out soy and dairy as soon as Jonah was diagnosed was simple for her, but feeding her son was more complicated.

Firstly, Free From products are often priced above their regular counterparts. So families with allergies face costlier grocery runs, which cause other life sacrifices, feeding into economic inequality.

For Harris, feeding Jonah a balanced, and interesting diet is also important. On shopping trips, Jonah always goes for brightly coloured products, or those plastered with Peppa Pig and Ben and Holly. Having to settle for less exciting, Free From products in the adult section may diminish his appetite or motivation to engage with food. Research shows visual aspects of food affect the way we consume it.

But ultimately, she says the demand drives the supply. The market only takes the majority lifestyles into account.

Harris has regularly had to settle with mixing fruit puree into Koko yoghurt in the past. She comments on the difficulties of checking every ingredient on every product she picks up. “Milk is in so many things, it’s unbelievable.”

At first, this didn’t seem like an issue. But as Jonah grew older, and was invited to more social events, this gap became more evident. “You could see how he could grow up feeling excluded,” she says.

Over 150 million people suffer from allergies in Europe, and 40% of the UK’s children are diagnosed with at least one serious allergy, making it the most common chronic disease on the continent. Little Bandits is highlighting a change that needs to occur urgently.

Coming from a point of personal need, Little Bandits began its journey when Harris’s son was weaning. The company launched its first products on July 20 into hundreds of ASDA stores across the country.

The entrepreneur’s biggest struggle was finding manufacturers. “The most important thing was for families to pick up a product and find it was 100% safe for their child.” Many factories approached her, but could only provide her with ‘May contain’ labels. That wasn’t enough.

“As a customer whose child had been diagnosed with allergies, I just wanted to be selling something that had no fears,” she explains. So after finding a family-run factory that had been exporting coconut yoghurt since the 1980s and ticked all her boxes, her business finally had a platform to bounce off.

Little Bandits offers strawberry, pear and apple, and banana yoghurts, all of which are free from the top 14 allergens. The business is on a mission to “make life easier for families”, as well as becoming the “trusted dairy-free brand for kids”.

While many startups across the UK had their launches pushed as a result of the pandemic, Harris says her business got lucky. Aside from having to transition its marketing online, rather than doing in-store sampling, the business didn’t have to deal with much change.

Harris says setting up online platforms in the current climate was a no-brainer: “This virus gave us the push we needed to make this happen. Of course we have a strategy, but as a business, when it comes to opportunities you have to pivot.”

On a more personal level, the entrepreneur and her partner, both of whom are company directors, have struggled to keep up with parental demands. Whilst staying home usually means being more flexible, homeschooling their son proved otherwise. “It’s been really tough, so we’ve become more playmates than teachers,” she says, laughing.

Where next for Little Bandits?

“We have so many ideas beyond yoghurt,” Harris says. In the future, the brand wants to have family-sized yoghurts, as well as more cupboard staples that can act as simple swap-ins.

“We are about being inclusive,” the entrepreneur says, explaining that in testing, they ensured to address kids who ate dairy too because the brand had to appeal to the masses. The products are fully vegan and soy-free but Harris says she has chosen a more all-rounded marketing approach.

Little Bandits has also cut down all unnecessary sugars, and its yoghurts are a source of calcium, vitamins B12 and D, and iodine, all especially necessary for a vegan diet. While she is striving for healthier alternatives, Harris explains less sugar doesn’t necessarily mean less fun: “Food is an experience; if you can make it engaging, that’s a way to get kids to eat more healthily.”

“In the long-term, the sky’s the limit,” Harris says. In addition to expanding the line, Little Bandits sees an international future, as well as entering the education and health sectors. Covid-19 means a lot more people will be cooking from home, choosing packed lunches over school cafeterias.

Olivia Rafferty
Olivia is the Assistant Editor of The Vegan Review. An aspiring Middle Eastern correspondent currently studying journalism at City, University of London, she is passionate about the planet, she believes veganism is the first step to solving the complexities of climate change.
Previous articleThe Ultimate Guide to vegan food in Shoreditch
Next articleVeshin: The sustainable fashion factory bringing radical transparency to the world