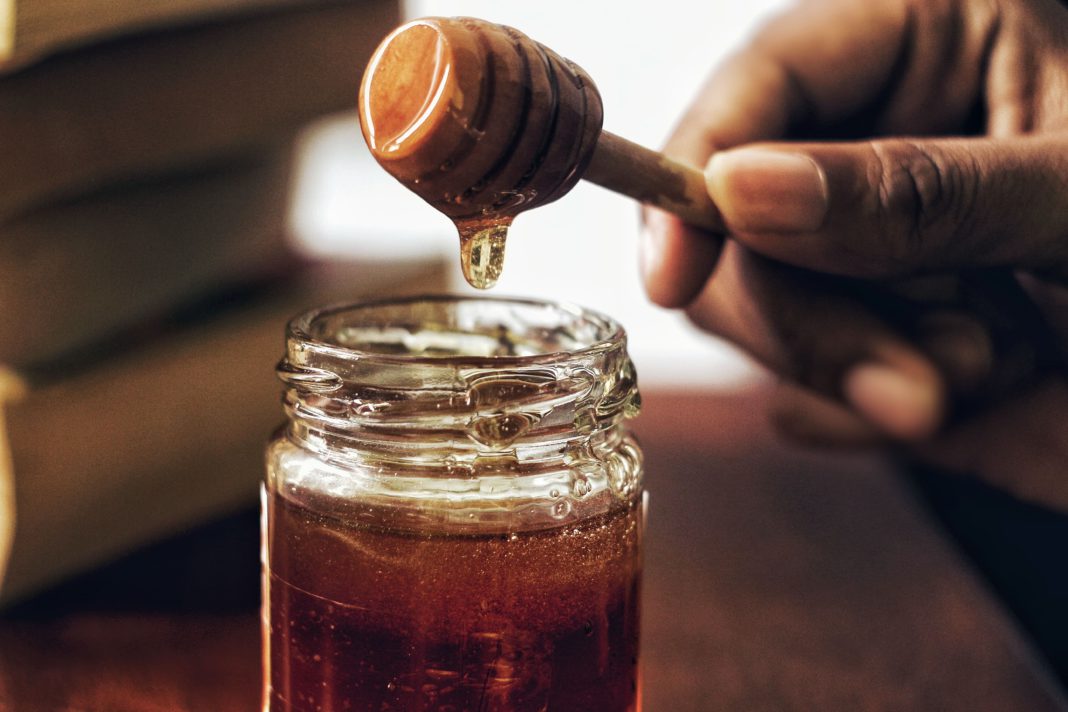 One product that many people miss when they move over to a vegan lifestyle is honey.  However, thankfully for the vegans of today there’s many a vegan honey substitute out there to try on your porridge that taste just as good as commercial honey. And we’re pleased to say that these alternatives are easily found in your regular supermarkets and local stores, or even made from scratch at home.  They act as the perfect natural sweetener for baked goods, on toast, and cereals, as well as any other recipe that warrants an ingredient as sweet as honey.

Many argue that it’s better for the environment to keep bees and that taking their honey is completely harmless. However, for vegans, it’s as morally wrong to use animals for the products they provide (think milk, eggs, and wool) as it is for meat, and as such, we avoid honey just as much as any of these other things listed.

READ: Is honey vegan? Why it isn’t and its best plant-based alternatives

It’s a fact that bees create honey as an important food for themselves – it’s full of all the nutrients they need and is typically high in carbohydrates, antioxidants, and works as a natural antibiotic. It’s therefore not ours for the taking, and by removing their main source of food, we are putting bees at risk of starvation, especially during the colder months. As with many animal farming practices, bee farmers work for commercial gain, and as such aim to maximise profits made from selling the honey. This can encourage immoral practices and artificial situations enforced on the bees, such as removing a queen, and supplementing the bees food with products they aren’t used to eating and that inevitably does them harm.

Honey Farming is Damaging to Bees 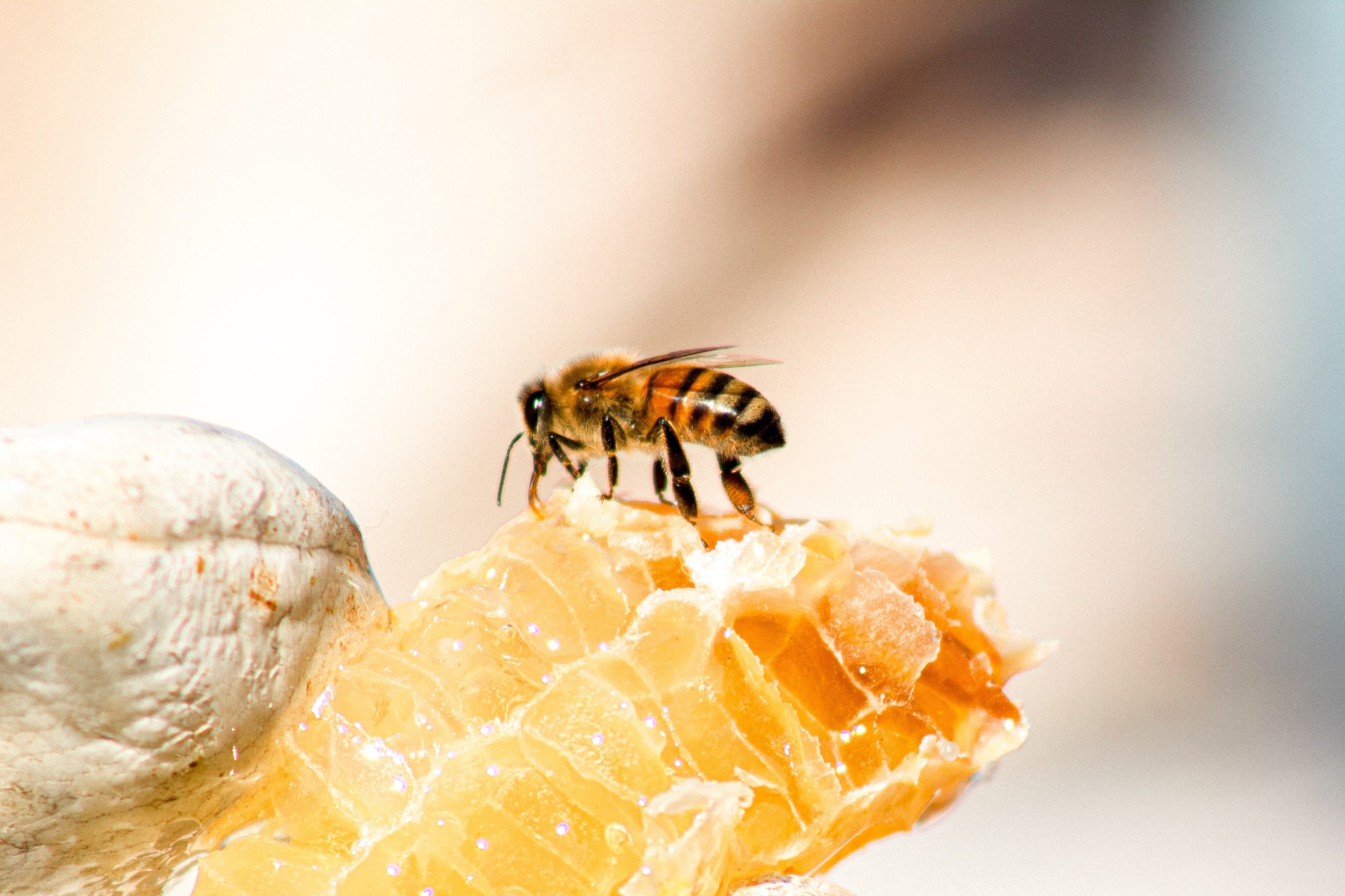 As mentioned above, bees create honey for their own consumption. It’s important for them to hold a store of honey over the winter months when practically, make less of it day to day. As with many animals over winter, this supply of food gives them necessary energy to keep healthy and warm during the colder months, an inevitably helps them survive til the warmer months.

Why it is damaging to farm a bee’s honey is that typically, when removing the honey to sell, farmers replace it with sucrose or a cheap corn syrup that has none of the beneficial nutrients a bee needs. Moreover, it’s believed that by consuming sweetener, a bee’s immune system is weakened and they can become more susceptible to the harmful chemicals in pesticides. As such, the bee is at risk from harm due to routine honey farming practices. 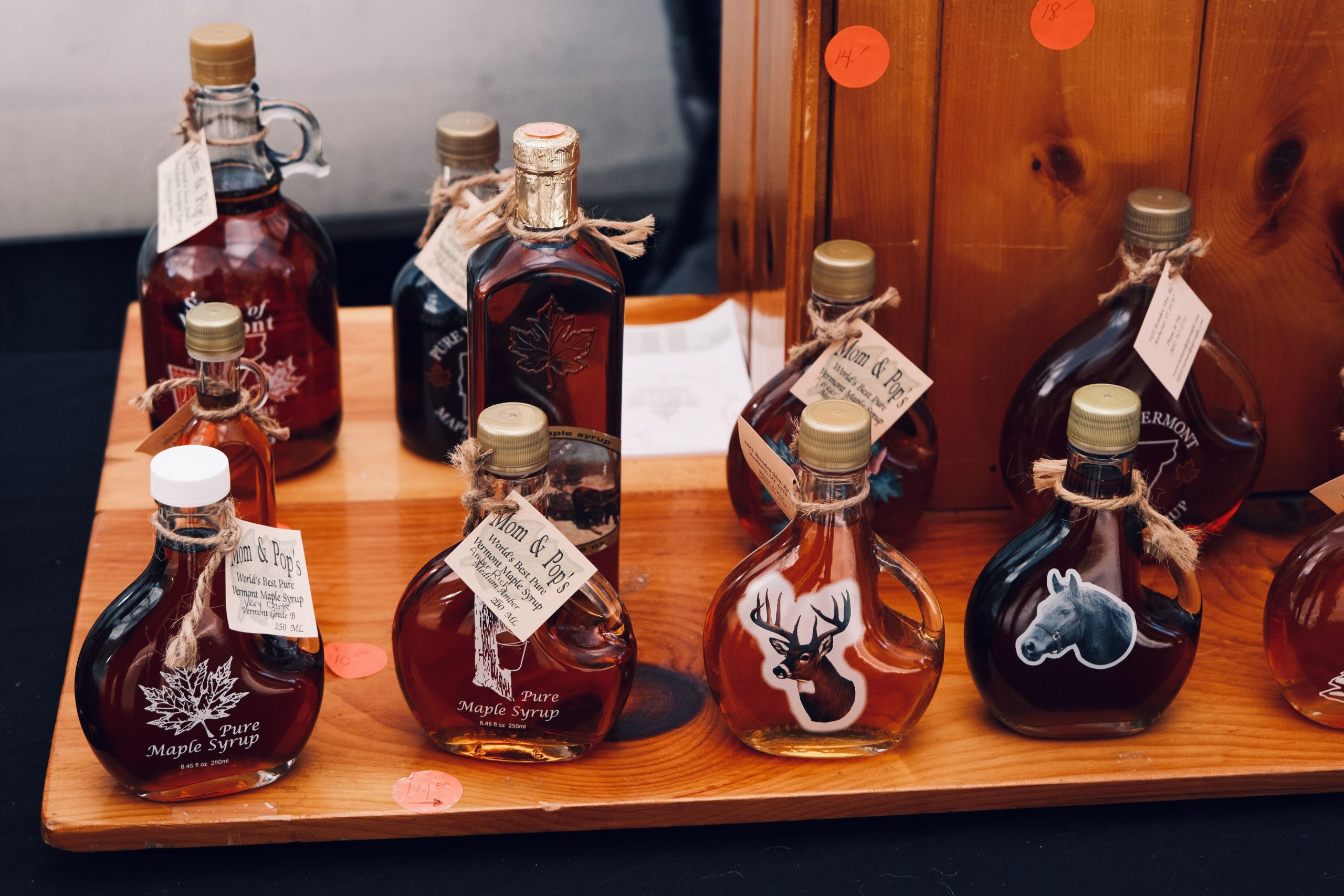 Knowing that commercial honey production is wildly detrimental to the bees of the world, we are lucky to nowadays be faced with a multitude of choice when it comes to finding the perfect vegan honey substitute, all of which are as tasty, flexible in their use, and healthy to the body. Let’s take a look at some of the best ones available.

Originating from the agave plant which is commonly grown in Mexico and South Africa, the natural sweetness of agave syrup – or agave nectar as it’s also called – is very like commercial honey, and is an ideal replacement in baking, as a topping, or anywhere you need something a little sweet. It’s high levels of fructose – around 80% – means that it’s sweeter than sugar and therefore you can use a little less than expected.

Date syrup has a particularly unique taste, and is darker (date-like!) in colour, however it still works perfectly well as a vegan honey substitute. It’s made from extracting the liquid from cooked dates, and because of the high levels of fibre found in the whole fruit, date syrup can contribute to positive gut health, cholesterol and overall digestion. It’s also high in heart protecting minerals, such as potassium and magnesium. However, be mindful that shop bought date syrup typically won’t include the whole fruit so you may not experience the same level of health benefits. BUT it’s still a great vegan honey substitute and we particularly love it on our porridge.

The sap of the maple tree is what produces the gloriously sweet and distinguishable flavour of maple syrup. And similarly to other plant based products, maple syrup can vary in colour and taste dependent on where it’s from, and the climate within which it has grown. Full of nutrients, such as manganese and the B vitamin, riboflavin, maple syrup is also full of antioxidants meaning it can help fight illnesses in the body.

Made from the root rather than the flower of the plant, dandelion syrup is packed with nutrients, including fibre, iron, zinc and calcium, as well as vitamins A, B, C, K and E. It’s able to aid with the removal of toxins, and can help encourage healthy digestion. It’s eay to make at home, if you can find a surplus of dandelions nearby, or for more convenience it’s now purchasable from healthfood stores or online health shops. It’s a great natural sweetener, and has a gentler taste than some of the other honey substitutes.

Made by Plant Based Artisans, Vegan Honea is produced using apple juice as well as natural flowers, such as lavender and orange blossom to get that perfect honey flavour. It’s a hugely versatile product, and can be used exactly as you’d use honey – spread on toast, as an addition to salad dressing, or as a sweetener in baked goods.

Made from the sap of the coconut blossom stem, this is one of the healthiest vegan honey substitutes available. It’s high in nutrients, but also lower on the glycemic index than some other options. It includes healthy doses of magnesium, ptassium, iron and zinc, as well as amino acids, several B vitamins and vitamin C. Don’t be put off if you aren’t a huge fan of coconut – it doesn’t have an overly strong coconut taste and its texture is one of the closest to that of honey.

Alice Soule
Alice Soule is a Writer and Editor, and graduated with a BA in Social Policy. She is passionate about veganism and animal rights but equally has a love of sports, reading, and drinking tea. Alice is a perpetual dreamer and recently finished writing her first novel. As yet to be published...because she's already dreaming up the next story...
Previous articleTop Tips on Going Vegan for Beginners
Next articleWards Hotel, The First ‘Vegan-Friendly’ Certified Hotel in The UK