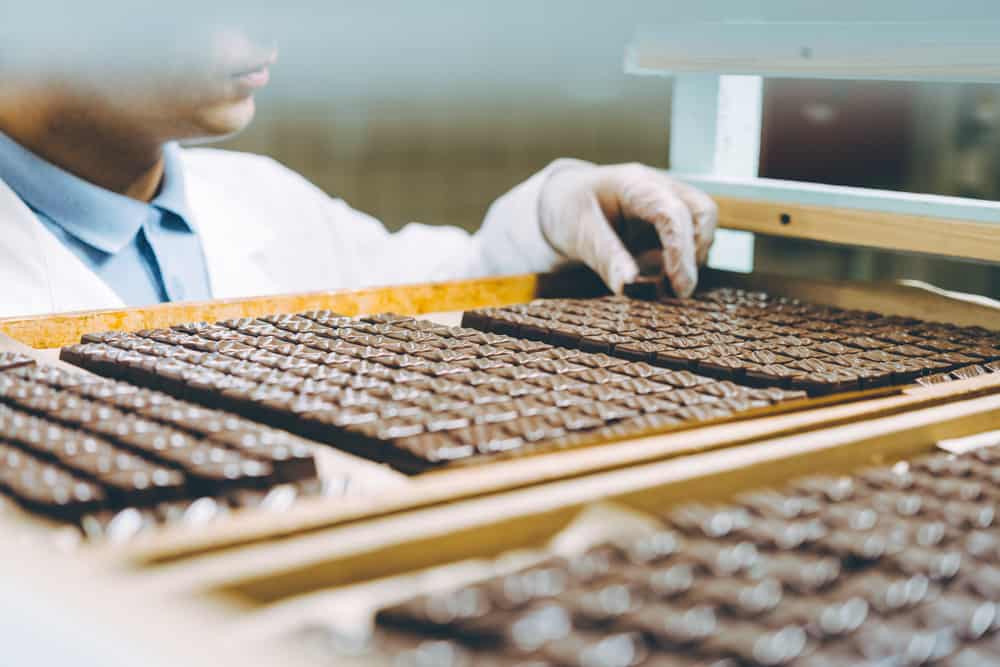 It tastes like it feels. That’s what Cadbury attempted to convince us five years ago when it unveiled its new slogan.

The same year, a Cadbury descendant took that one step further, adding another dimension to the ‘feel’. James Cadbury, the great-great-great grandson of John Cadbury — the man that started it all — launched a sustainable chocolate brand, Love Cocoa. It was an effort to move with the times and capture an increasingly conscious consumer market.

HiP — or Happiness in Plants — was born out of a desire to meet flexitarian and eco-conscious demand as well as come up with a vegan milk chocolate made from his beloved oat milk. 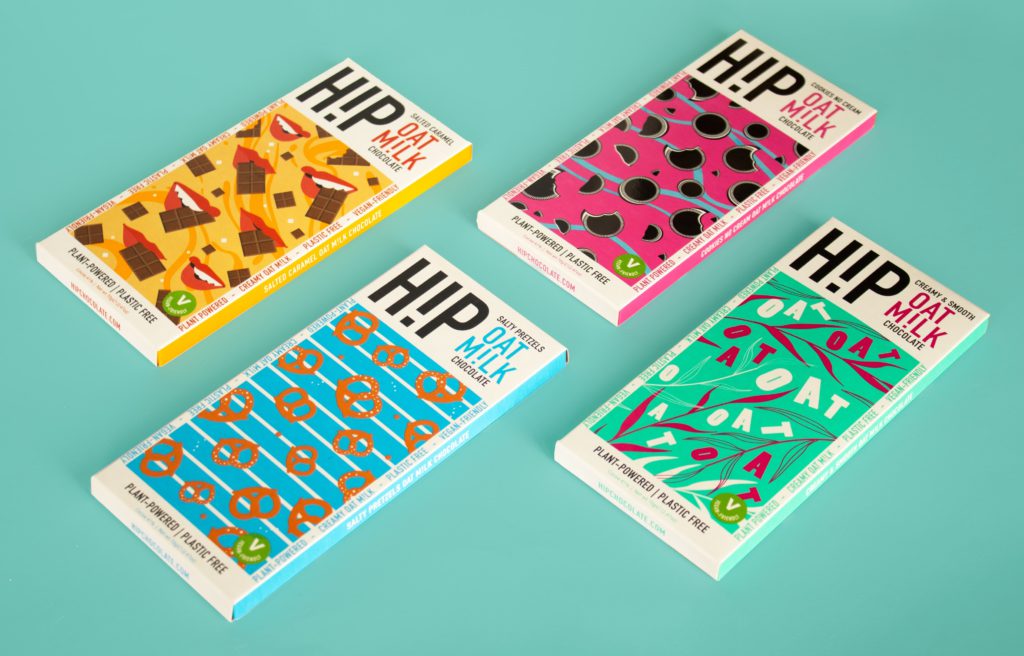 Vegan chocolate, much like most animal product alternatives, is battling its conventional counterpart — so much so that it is expected to outpace the traditional chocolate market by 2027. While many dark chocolate bars have an automatic, or accidental, claim to vegan authenticity, milk chocolate has been a problem.

According to Mintel, in the UK, eight out of 10 consumers eat milk chocolate — almost twice as many as those who choose dark or white chocolate. With flexitarian and plant-based diets seeing a rapid upsurge following the pandemic, vegan milk chocolate is finally coming of age.

Traditional chocolate giants like Lindt, Mars and Nestlé are introducing dairy-free versions of iconic chocolate bars, while smaller, fully vegan brands are innovating with ingredients to give milk chocolate a new identity.

But what goes into creating a vegan milk chocolate bar?

Choosing a plant base

When coming up with a dairy-free milk chocolate, the first thing to consider is: what do you substitute the milk with? For Cadbury, the skyrocketing rise of oat milk meant that chocolate developed using it would appeal to consumers and have a shot at becoming mainstream.

“Oat milk is far creamier than other alternatives, as well as being free from allergens,” says Cadbury. Removing the gluten from the oats makes it coeliac-friendly.

While Lindt uses oat milk for its hyped vegan milk chocolate bars, it isn’t the only — or even most popular — base. Creamed coconut, nut flours and pastes (including hazelnut and almond) are all the rage. But one ingredient that pops up time and again at the back of dairy-free chocolate packaging is rice — whether it’s rice powder, rice paste, rice flour, or rice milk.

NOMO, which stands for ‘no missing out’, uses rice flour as its primary ingredient. As a free-from brand, it develops its products to be suitable for allergy sufferers. “We do not use nuts in our products, which means we cannot use nut-based milks,” Angela Beckett, new product development manager at NOMO, tells me. “We also have to avoid gluten, and as many oat products contain gluten, this makes them unsuitable for our brand.” Pico, an Australian chocolate brand part of the larger group Soulfresh, is perhaps the most adventurous vegan chocolate maker. Instead of using a nut or oat base and combining it with rice flour, it has developed creamy dairy-free chocolates made from almond milk, hazelnut milk and coconut milk.

Emily Ross, Soulfresh’s brand manager, explains that each alt-milk has a different flavour profile. “Hazelnut milk provides a deliciously creamy mouthfeel with a gentle nuttiness. It’s smooth and creamy with a velvety texture that closely replicates milk,” she says.

“Almond milk provides a smooth and delicate flavour with only a slightly nutty taste,” adds Ross. “Coconut milk is rich and creamy and is widely recognised to compliment the flavour of chocolate very well. Cacao and coconut crops are often found planted together around the world.”

That’s what Ombar, a brand known for its healthier, organic, fairtrade chocolate, believes. It employs natural and minimally processed creamed coconut as its main dairy substitute. “It gives our chocolate a coconutty flavour,” says Jordan Butterworth, its marketing and PR executive, “which compliments the distinct flavour of our unroasted cacao and doesn’t introduce any allergens to the chocolate as hazelnut paste [used in Mars’s vegan Galaxy bars] would.”

Check out our in-depth review of the best oat milks in the UK.

This extensive use of different plant-based ingredients presents a host of challenges for creating a viable alternative to milk chocolate.

HiP went through 10 different iterations of its oat milk chocolate before finding the perfect balance. NOMO took two years to nail the combination of ingredients and processes for its nut- and gluten-free vegan milk chocolate, since “rice does not have quite the same creamy flavour and texture as milk”, as Beckett concedes.

Cadbury explains that while rice milk is a lot cheaper and easier to find, it simply isn’t creamy enough. He adds that rice milk can be too sweet: “The taste just doesn’t compare.”

But he faced his own challenges with oats. First, sourcing oat milk powder is difficult, as there aren’t many suppliers across the globe. Then, he says: “If you add too much, it ends up grainy. And if [there’s] too little, then it’s not milky and creamy enough. The chocolate-making process is more complex and involves removing the gluten and dehydrating the oat milk before it’s mixed with the cocoa.” Ombar avoids using rice or oats for more than just the flavour factor. “Rice and oat milk are liquids with high water activity,” explains Butterworth. “That can cause microbiological issues and shorten the shelf life.” She adds that using coconut makes the chocolate “moreish”.

That explains why many brands use dried rice powder. Using creamed coconut accounts for that too, as it has a low water activity.

Pico does it differently, again. Avoiding rice or creamed coconut, it uses inulin in its almond and hazelnut milk chocolates. “Inulin is a natural fibre that helps mimic the texture and mouthfeel of fat, which would otherwise come from dairy in a milk chocolate,” Ross tells me. “It’s a fine balance that must be created between flavour, mouthfeel and sweetness.”

The other issue is to counterbalance the bitterness of the cocoa beans, something dairy does naturally by adding fat. Pico uses a higher amount of cocoa butter in its vegan milk chocolate compared to the traditional version. “This makes for a premium vegan chocolate with a delicious flavour and the same melt-in-your-mouth texture consumers love.”

Find out allplants’s picks for the best vegan chocolate brands in the UK.

Premium is an apt descriptor of these alt-milk chocolates, given their cost. Price parity is a major issue surrounding vegan products. And while plant-based meat is expected to reach parity by as early as 2023, Cadbury says vegan chocolate is a long way from it.

“It’s purely down to the raw chocolate being more expensive — around 50% — with the cost of oat milk powder much more expensive than a dairy equivalent,” he explains.

Butterworth explains that the price of mainstream chocolate is low because it doesn’t contain as many cocoa solids. “They are mostly milk and sugar, which are cheaper than cocoa,” she says. “We use coconut sugar, which is considered to be healthier. It is, however, around three to four times more expensive than the refined sugar used in most chocolate.” 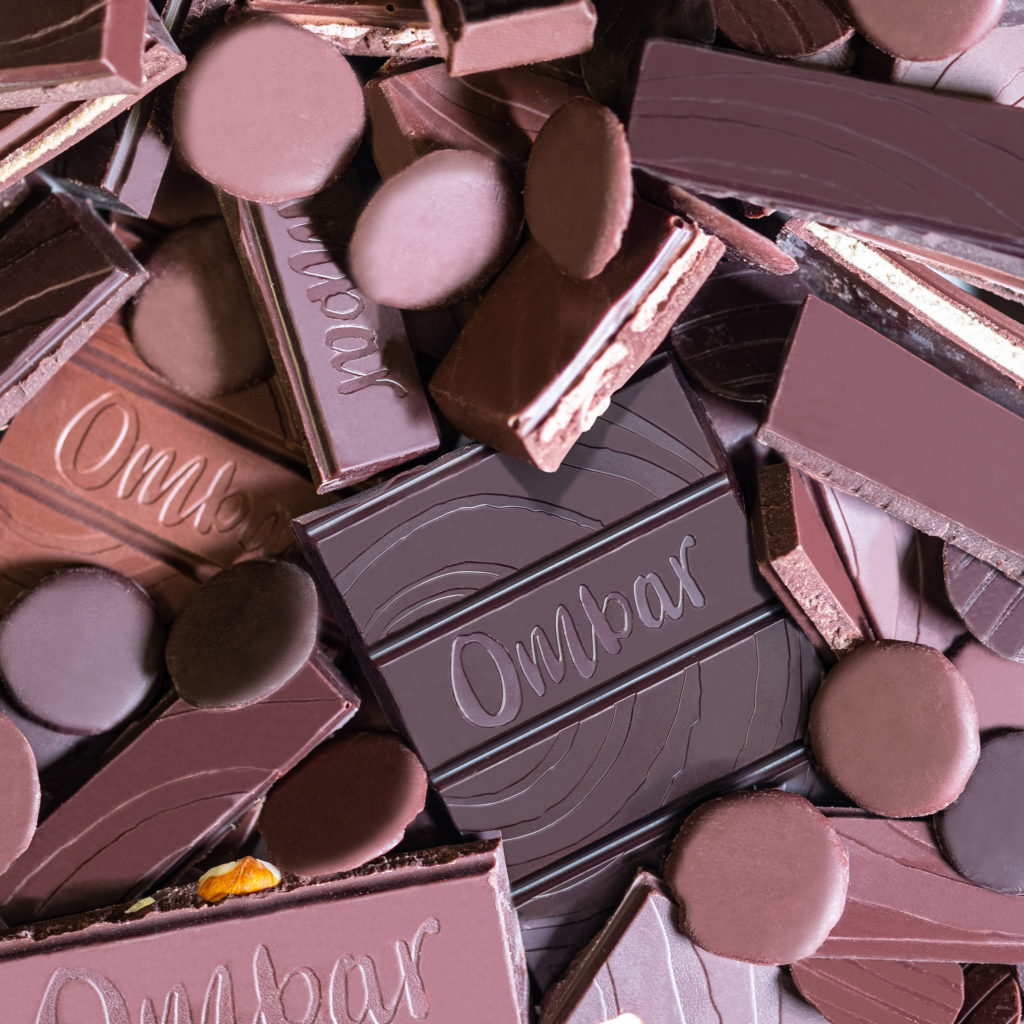 But ingredient and processing costs aren’t the only factors driving up chocolate prices. Sourcing sustainable and slave-free cocoa, using plastic-free packaging, and paying a fair price to farmers are all crucial factors, according to Cadbury.

Butterworth says the traditional chocolate industry doesn’t pay people at the start of the supply chain enough. Ombar pays a significant premium over the Fairtrade price to provide meaningful wages to its Ecuadorian producers.

Butterworth agrees, asserting that the cost of these chocolate bars will reduce as the brand grows. “But it will always be more expensive than the mainstream options due to the higher quality and attention to ethics,” she adds. It’s a small price to pay — literally and metaphorically — when you weigh up the pros.

Anay Mridul
Anay is journalism graduate from City, University of London, he was a barista for three years, and never shuts up about coffee. He's passionate about coffee, plant-based milk, cooking, eating, veganism, writing about all that, profiling people, and the Oxford Comma. Originally from India, he went vegan in 2020, after attempting (and failing) Veganuary. He believes being environmentally conscious is a basic responsibility, and veganism is the best thing you can do to battle climate change. He gets lost at Whole Foods sometimes.
Previous article7 little steps that make a big impact when embracing veganism
Next articleHungarian restaurant chain Las Vegan’s begins eight-week investment period