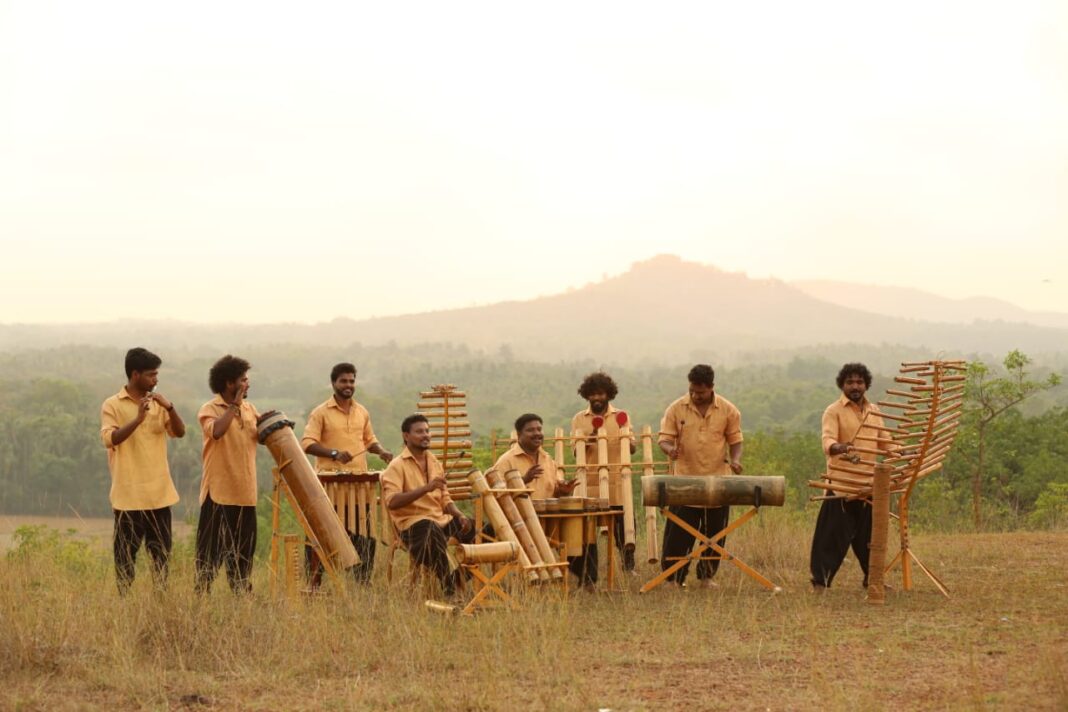 Hear from music-loving vegans about sustainability, passion, experimentation, and creating their own line of vegan musical instruments in India.

Vikram Shastri is a Mumbai-based activist and music composer. He is the man behind Mantra Handpans, an eco-conscious initiative to make Handpans, a relatively new instrument in the world, more accessible.

Dr K Varadarangan is an engineer and physicist by profession, and a highly acclaimed musicologist and Carnatic vocalist. He is the founder of Karunya Musicals and the creator of the world’s first cruelty-free mridangam, a traditional percussion instrument.

The cruelty-free philosophy of veganism often poses an ethical dilemma to music lovers. Having turned vegan in 2010, both these musicians questioned the music they made and heard, and found their morals and interests clashing. “I realised that, if I have to uphold my principles, I will have to forgo instruments that have animal parts in them,” says Shastri, recalling his toughest challenge. Varadarangan too decided to stop performing on stage as the first step to his cruelty-free lifestyle.

Not wanting to give up music entirely, their aim was to make vegan instruments readily available. 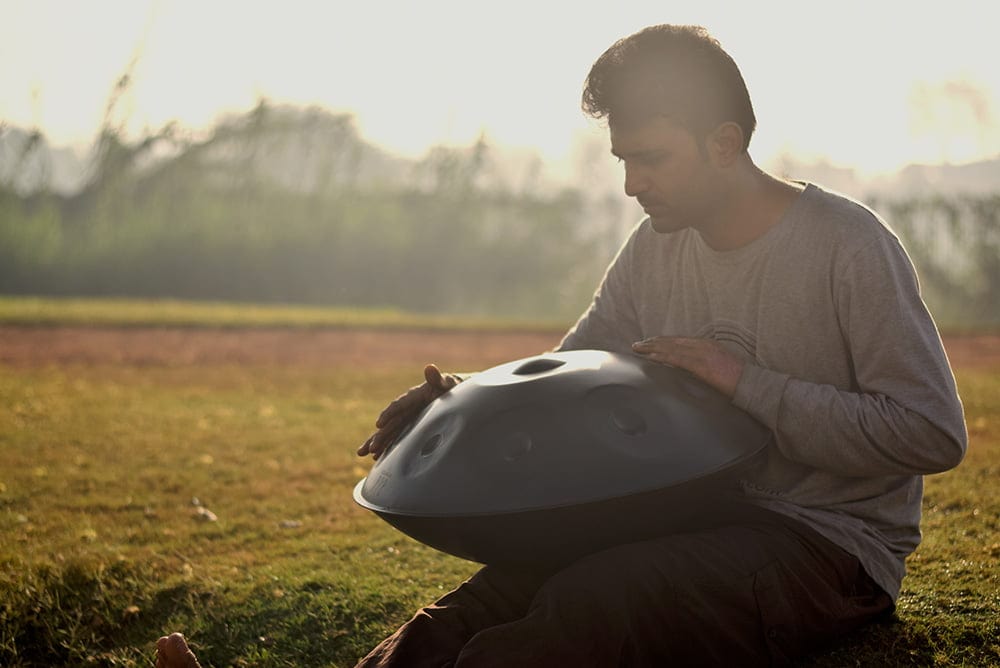 In November 2012, Shastri came across a new metal instrument on YouTube called Hang, created by a Swiss couple and an amalgamation of Caribbean steel pans and the Indian ghatam. Other makers of the instrument call it a handpan, pantan or cupola.

“For a few hours I was just looking at handpan videos. I knew I wanted the instrument but the price was prohibitive for me. Very few makers were building handpans at that time. Moreover, there was a lot of waiting time; it was four-and-a-half years with one of the makers!” Shastri thought he was not destined to have this instrument, but his desire drove him: “In 2013, I bought some metal sheets and a hammer and started hammering. It eventually took me six years to learn how to tune metal.”

Shastri has been professionally making these mellifluous sounding handpans since last year, posting audio samples on his website. 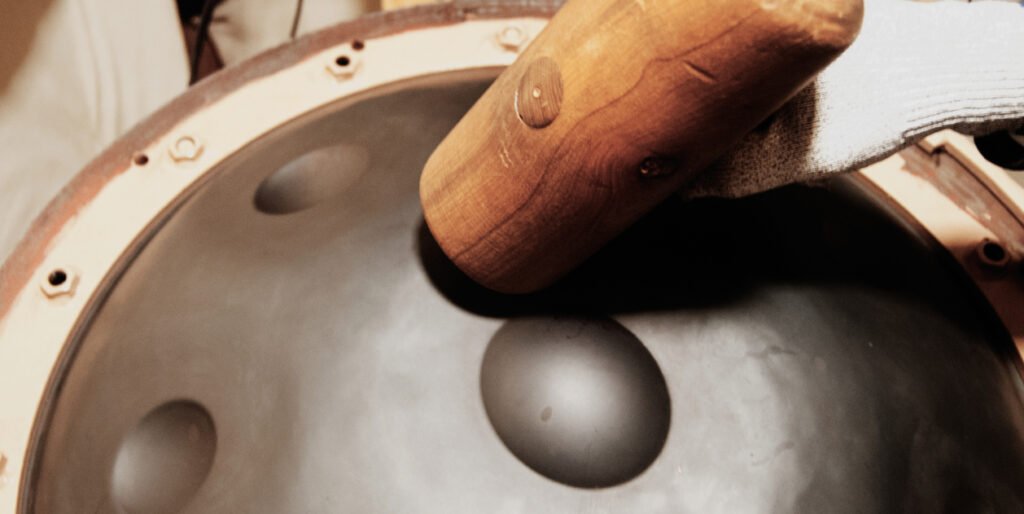 Interestingly, this instrument, made out of just two metal shells, may not always be cruelty-free. While the metal and glue have no animal byproducts, Shastri tells me the often ignored story of the manufacturing process: “This is a hand-hammered instrument. Some makers use leather patches as a buffer on their hammers so there aren’t any ugly dents on the metal. Sometimes they use leather gloves for placing the metal in the oven and out of it.”

Mantra Handpans strives to make this instrument not only accessible and affordable, but also cruelty-free.

Before this project took off, Shastri found using pre-recorded audios of non-vegan instruments as the best compromise in his work. “However,” he says, “if I use audios of a tabla [an Indian percussion instrument made using animal skin], I am still promoting it in a way.”

Currently, he has limited the number of projects he takes up, since it demands using traditionally made instruments. “My aim is to stop producing music commercially, and I hope to sustain myself by making handpans.”

As a side, Shastri’s Vegan Music Project is a work in progress; he aims to compile an extensive database on everything you need to know to create cruelty-free music.

Varadarangan’s transition to veganism was incited by watching a video on the leather-making process. Having grown up surrounded by Carnatic classical music, percussion instruments were close to him. After learning about the cruelty in obtaining the membrane material, he stopped performing on stage despite being a vocalist, as his performances were accompanied by instruments that used animal skin.

The lack of Indian vegan instruments made him discover an alternative. “It was a scary thought because I am not a percussionist and was not very knowledgeable about making instruments,” he recalls. “But I learnt all of it.”

Varadarangan wished to free Carnatic devotional music of its hypocrisy, as the lyrics often revolve around “freeing oneself from misery”. He found the music rather ironic, as the instruments promoted animal cruelty, and thus aims to make the music truly “divine”.

He took up the challenge to veganise Indian percussion instruments in October 2010, and the S.R.I. Mrudunga (another name for mridangam) rolled out in 2016 after the launch of his company, Karunya Musicals, in Bengaluru. 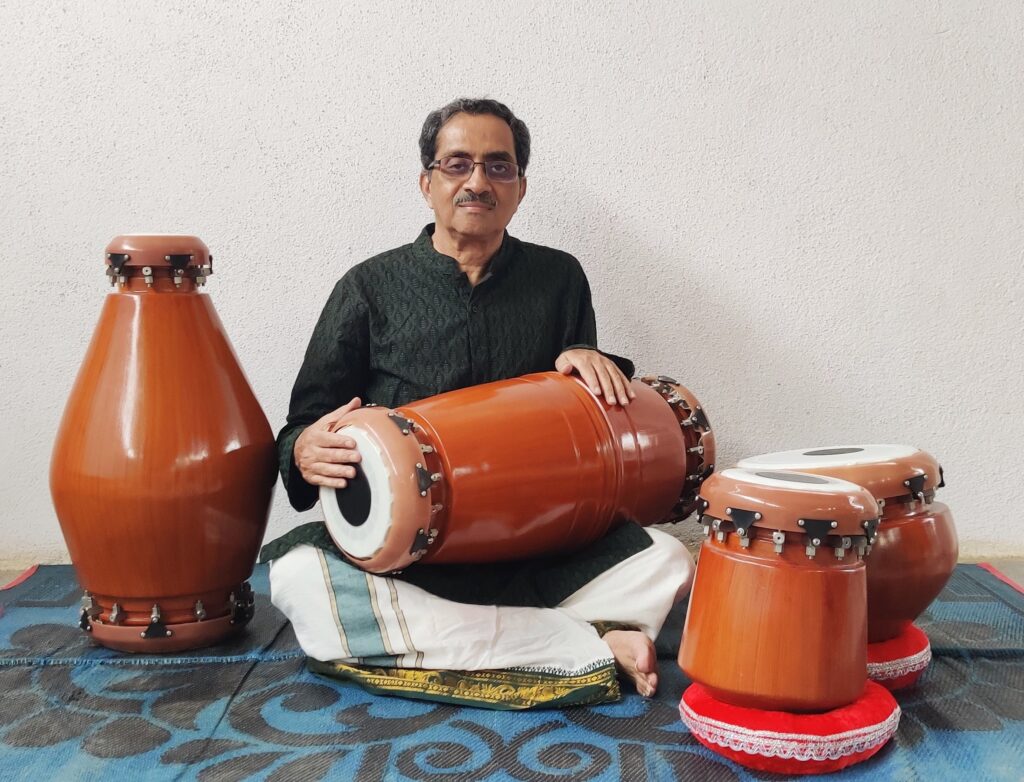 “Mrudunga is one of the most complex percussion instruments in the world in terms of tonal accuracy and construction. 16 screws have to be tuned to get the perfect pitch. Finding a suitable material was difficult as the pitch changed with temperature.”

Having experimented for five-and-a-half years, two of his biggest challenges were to figure out alternatives to the animal skin used in the drum head and the material used in the syahi — the black portion on the membrane that gives the instrument its unique sound. Polyester films served as the alternative to leather in the drum head and he settled on using synthetic rubber to replace boiled rice and iron oxide powder from the traditional animal skin instrument.

After the S.R.I. Mrudunga, he launched the S.R.I. Tabla in 2017, followed by a vegan khol. Karunya Musicals also produces maddale, an instrument used exclusively in Karnataka. He says the future for vegan percussionists in India seems bright: “My continuous focus for now is to replace animal skin from all [Indian] percussion instruments.”

“There is a lack of awareness as far as cruelty in music is concerned,” says Shastri, pointing out the importance of consumer awareness for a vegan lifestyle. “When people are told that an instrument has animal products, it is on them if they wish to make music out of it. I feel if we listen to music that uses animal products, we in a way contribute to animal cruelty.”

As far as vegan music goes, Shastri feels sustainable options are more achievable than vegan alternatives at the moment. 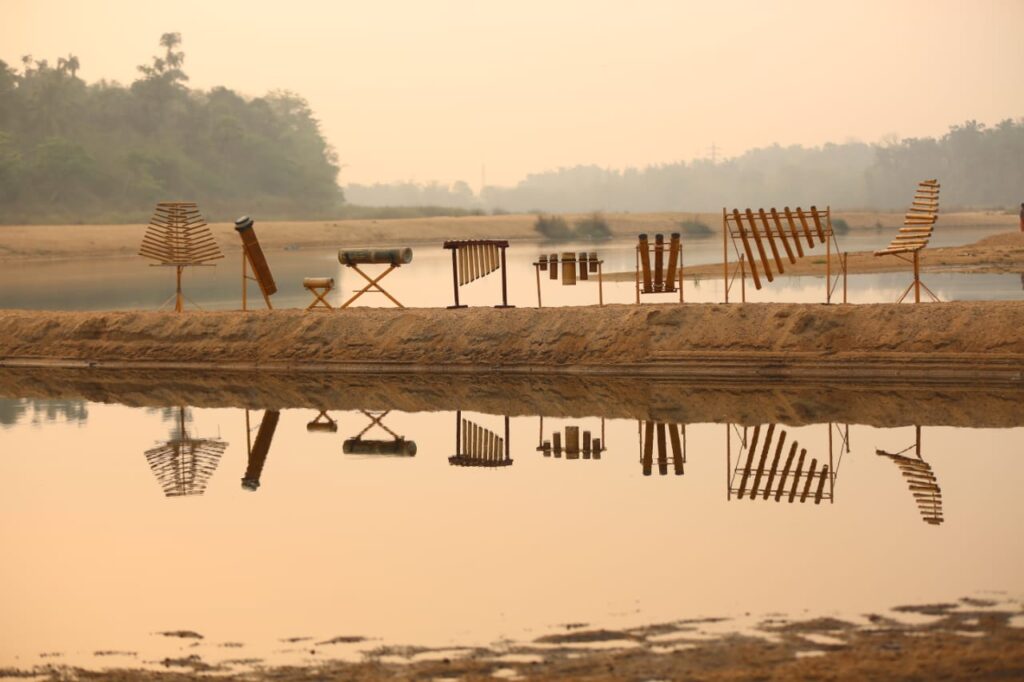 Vayali Bamboo Orchestra from Thrissur, Kerala is one group that started off with the motive to preserve their culture, now upholds the model of sustainable, as well as vegan music. They make their instruments out of bamboo, and use vegan fabric-leather for their percussion instruments.

Sujil Kumar, the group leader, tells me about the journey of the 10 member group. “The folkart group has several divisions with the latest one being the bamboo band. It came up in 2010 after 2.5 years of learning to make these instruments.” They were inspired to create their own instruments using locally available material after performing with a bamboo band during their trip to Japan in 2007. Currently making use of 25 original instruments, with the exception of bamboo variants of djembe and marimba, Vayali Bamboo Band strives to spread awareness about their sustainable motives while composing new tunes.

Muskaan Gupta
Muskaan is a history undergraduate at Lady Shri Ram College, New Delhi. Having grown up in different cities in India, she is passionate about food and culture. When she's not experimenting in the kitchen, you can find her invested in films and music. She is always looking for new things to do, is interested in studying food history and juggles between her love for filmmaking, writing and knowing the quirks of the world.
Previous articleSouth India: An unexplored paradise for vegan superfoods
Next articleHong Kong’s sinister trade of shark finning