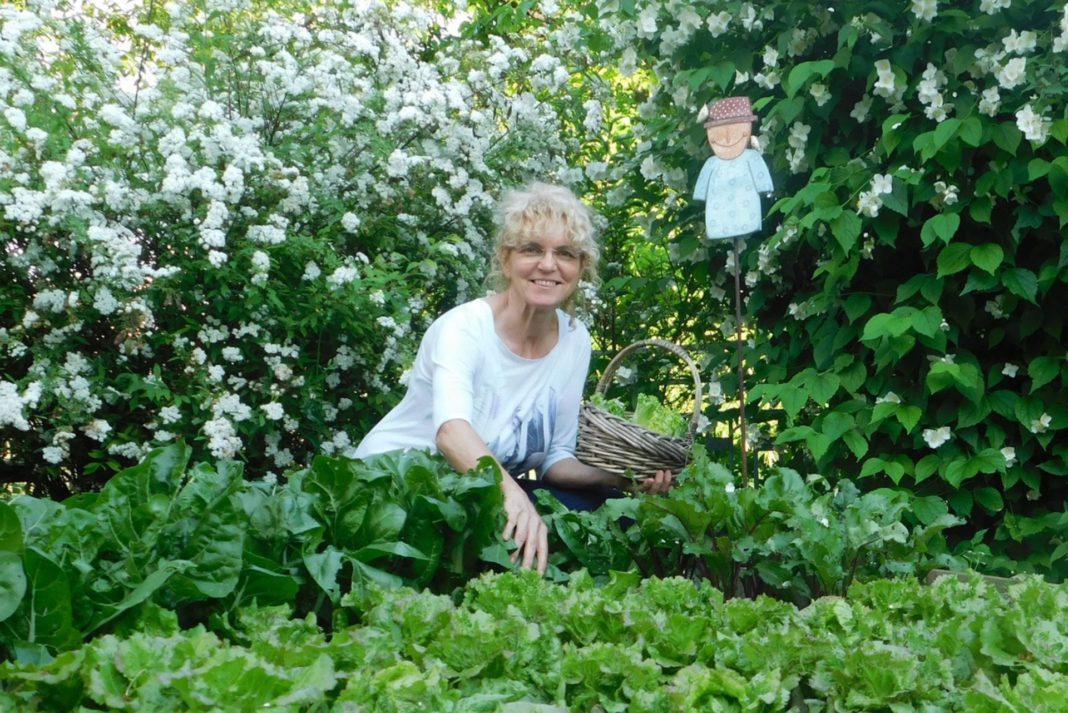 Mama Vegan Danila Callarelli is transforming traditional Italian cuisine. From pasta, to mozzarella, to tiramisu, she hopes to leave a legacy and save the lives of thousands of animals.

“Without tooting my own horn, veganising any Italian recipe in little-to-no-time is a big talent of mine,” says Danila Callarelli, founder of the Gaia Centre for Holistic medicine in Cattolica, Italy. The 66-year-old owns a blog, Mama Vegan, has been teaching vegan culinary courses for almost a decade, and is a member of Asso Vegan, the Italian organisation for vegans.

The chef originally turned to vegetarianism in 1994, during the Mad Cow Disease era. A decade ago, Callarelli became vegan, primarily for health, but eventually for the animals. “When you start getting informed, something inside of you switches on, and you realise you can no longer be an accomplice in the death of these animals,” she explains.

The vegan blogger has always been passionate about wildlife. As a child, she would regularly rescue endangered salamanders from a neighbouring pond. But things changed as she grew up and, like most people, she struggled to make the connection between pets and the animals we consume for food.

Mama Vegan is a proud mother of two. While one of her sons and her husband are both not vegan, she says they still love and eat everything she cooks. While they are omnivores outside the house, she keeps everything plant-based in her kitchen.

Massimo Brunaccioni, her second son, transitioned to veganism at the same time as her. When he first moved out with his girlfriend, they adopted a Golden Retriever puppy. “Somehow, that changed everything. In the eyes of their puppy, they could see the eyes of all the animals that they’d eaten,” she says. Today, Brunaccioni is a renowned figure in the Italian vegan community and together, they published a book entitled Vegan Coach.

Originally from Foligno, Umbria, a couple of hours south of Rome, Callarelli moved to Cattolica when she was five, so her parents could launch their own pasta factory. It was her mother who passed on her love for the kitchen to her.

The chef is a huge fan of desserts. She says she’s found the secret to the perfect vegan tiramisu, Berliners with custard, and every single possible chocolate dessert out there. But like her parents, she’s very passionate about pasta. “I have nailed stuffed pasta, like cappelletti, ravioli, cannelloni and lasagna,” she says, beaming. “But I’ve also found the optimal ragù recipe.” She makes hers from a mix of both seitan and soy mince.

A popular choice among Mama Vegan’s students is her chicken nuggets. “I call them ‘happy chicken nuggets’,” Callarelli says. “Because they remind my students of McDonald’s happy meal nuggets, but unlike those, my chickens are still living and free.” These are a concoction of tofu, nutritional yeast, chickpea flour, soy sauce and soy milk.

The chef began teaching just over nine years ago, when she says the Internet was bare of anything vegan-related. It started with recipe posts on Facebook, and as her platform grew, she regularly got asked: “When are you going to start a course?” She owns a house in the suburbs of Cattolica, and come summertime, she started inviting people over to cook and eat in her sun-engulfed garden. The classes became very popular very quickly, constantly getting sold out. People were coming from all over Italy. “Sicily, Sardinia, Piedmont: people would drive for a whole day to attend my classes,” she says smiling.

Unfortunately, the pandemic brought her course to an abrupt standstill. Last summer, she focused her energy on developing her own restaurant, which began as having guests over at her house three times a week. “It developed into something magical,” she says. Once lockdown lifts, she hopes it can open into a fully-fledged restaurant.

The chef recalls the sacrifices she made when she first transitioned. Ragù, custard, ice cream and pasta contained flavours she could never live without. When she has guests over, she says 70% of them will usually be non-vegans, who search for the same elements on their dinner tables. “But every time they leave, they are both shocked and satisfied,” she says, laughing.

Callarelli says many Italians, especially those who don’t take an interest in veganism, assume plant-based diets are a mix of polystyrene tofu and sad salad leaves. “But I want to challenge that perception and offer the best of Mediterranean cuisine to these people.”

The vegan blogger believes cooking is a simple act of chemistry. Pointing out that Beyond Meat burgers maintain the same flavours and textures of beef burgers, but are made from pea protein, she says veganising something means simply capturing the memory cell we associate with certain dishes, and triggering them in our alternatives. Once this is achieved, you can pretty much veganise anything from an omnivorous diet.

She acknowledges that doing this doesn’t come easy to everyone though, and her years of experience have given her an advantage. “When I read an ingredient, I immediately know how to substitute it,” she says.

On the off occasion she decides to buy vegan substitutes at the supermarket, she has noticed a massive rise in plant-based offerings. She believes this is because businesses are having to listen to the public. While there’s still only one fully vegan restaurant in Cattolica, she says the growth is increasingly noticeable and even the cheese and meat counters of her local stores will be filled with vegan options.

“The importance is filling supermarkets with vegan products, so people know they are there, “ Callarelli says. “Then they might try them out of curiosity, and notice they digest better, or lose a little weight, or lower their cholesterol, and then they might realise the ethical benefits: ‘Today, I’ve eaten without killing something.’”

Restaurants are going to have to follow soon, she believes, because the vegan community is starting to complain. The blogger is easy to satisfy, and will often just consume some pasta with tomato sauce when she goes out to eat. But she’s had enough. “Gone are the days where a waiter will only have a side salad to offer me,” she says. “While omnivores will always enjoy vegan food, it can’t work vice versa, so they are going to have to evolve.”

In 10 years’ time, Mama Vegan wants to be exactly where she is today. But maybe a little more famous. “I chose my name so mothers like me could copy my recipes, and have faith in the fact that they will please entire families, whether they are vegan, or vegetarian, or omnivorous.”

In tears, Callarelli tells me the biggest satisfaction she gets is when people return months after taking her classes and tell her she is the reason they turned vegan. “I want to be the mother of all future Italian vegans,” she says. “But even if only one person transitions because of me, I know I’ve fulfilled my purpose.”

Olivia Rafferty
Olivia is the Assistant Editor of The Vegan Review. An aspiring Middle Eastern correspondent currently studying journalism at City, University of London, she is passionate about the planet, she believes veganism is the first step to solving the complexities of climate change.
Previous articleIsrael sees 90% acceptance in blind plant-based meat taste test
Next articlePlant-based business pioneer Loui Blake: ‘Everything I do now, I’d do for free’