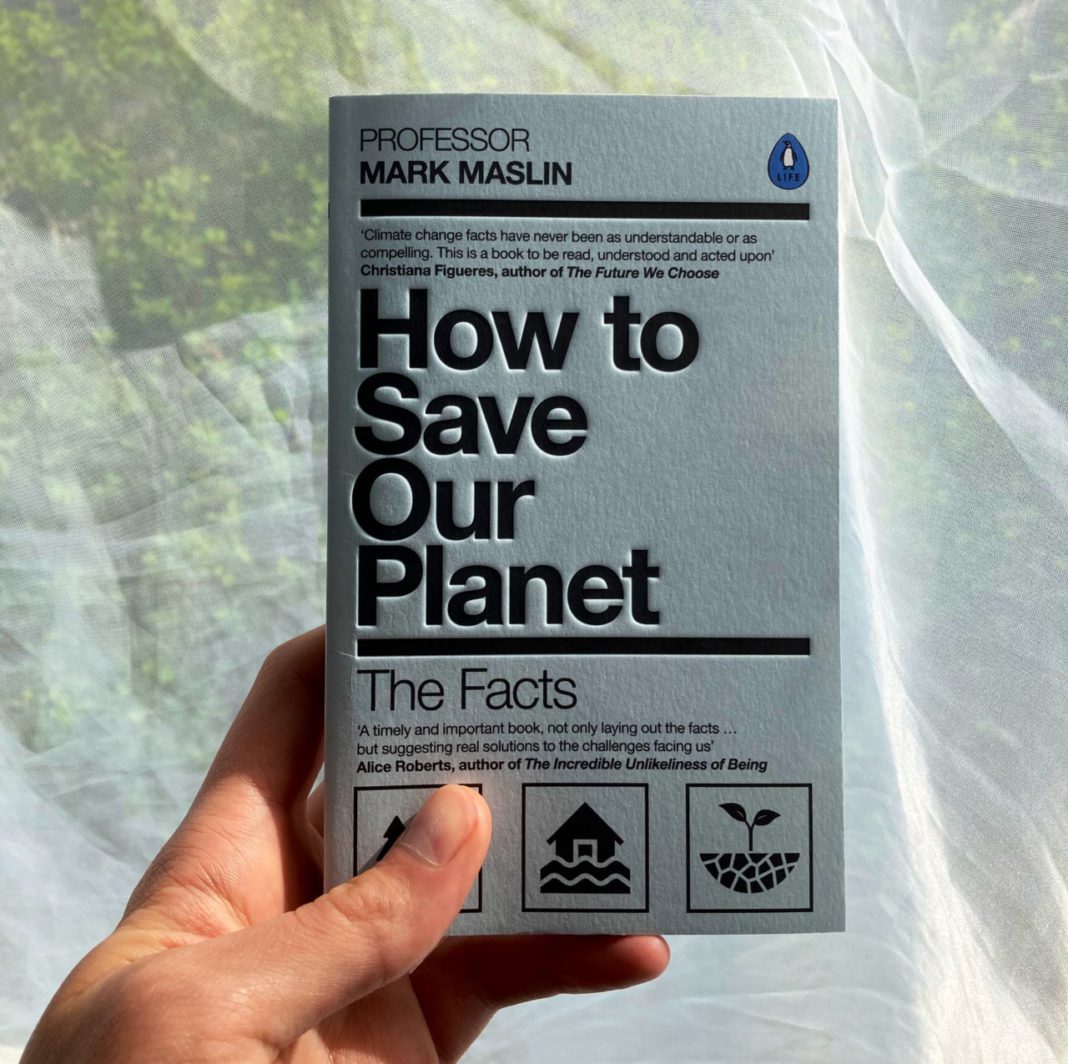 Leading climate scientist Mark Maslin on his new book, How to Save Our Planet, and why vegan diets play a crucial role in combating climate change.

“I’ve spent my whole career looking at climate change in the past, the present, and the future,” says Mark Maslin, the professor of Earth System Science at University College London. He explores the adaptions to climate change over the last 65 years, through the human evolution in East Africa and how it has dispersed throughout the world. He also researches the future of climate change, which sparked the idea of his second book, How to Save Our Planet.

Maslin first released a book surrounding the topic of global warming with Oxford University Press, but questioned: “How can I find a different way to write a book?” He tells me of his doubts about the variety of books already published on global warming and climate change, and how he wants to provide something more impactful.

“My inspiration came from when I was listening to a podcast about one of my favourite books, The Art of War by Sun Tzu,” he says.

“It’s written beautifully in single sentences or double sentences, and it says things like: ‘Do not put men with the sun behind them, have more spies than the enemy, do not attack unless you know you’re going to win.’ I thought: ‘I could write a whole book like this,’ and so I did. I started writing it.”

Although Maslin’s agent was sceptical, he pushed for his book to be written with such simplicity despite carrying an essential message that he desires to be heard and passed on.

The book begins with the hope for readers to understand the history of the planet, developing into the state of the world, solutions for all individuals to understand and the importance of saving the planet. “I’ve just written a really modern book that’s basically just one giant Twitter thread,” he says.

Read our story on how books tackle the subjects of veganism and climate change.

One of the key messages that Maslin relays in his book is how pursuing the vegan diet is one of the best things that you can do to help the planet. The book is split into various chapters that offer solutions for individuals, companies and also governments. It begins with a discussion on climate change and then develops into what individuals can do to help the climate and reduce emissions whilst also living a healthy lifestyle.

“Having a more plant-based or vegetarian diet has a much smaller carbon footprint than a meat-based diet,” he explains. Maslin’s aim throughout the book is to relay the message that if you improve your health, you can improve the environment, and he does this in a digestible manner.

“In the book, I try to be gentle about it, because I think that we need to encourage people step-by-step.” Maslin guides his readers to attempt being flexitarian initially, understanding that it can be difficult to give up meat, and gently ease into it, before moving into a vegetarian diet and then to vegan.

Maslin has spent years trying to move his family towards a vegetable-based diet, which also inspired him to write his book. “I wanted to write a book for everyone and anyone, and I say in the front of the book: I want you to have a book that people could quote down the pub with their football mates, or at a dinner party, and definitely at the boardroom level. And of course, in parliament.”

Maslin aims to empower people with his book as, in his opinion, many other climate change books focus heavily on the “doom and destruction”, rather than the solutions. “I am trying to give them some simple things to do,” he adds.

The book includes hard-hitting facts to also change the readers’ perspective on how they view the planet: “A meat-based UK diet produces 7.2kg of CO2 per day. With vegetarian, that drops down to 3.8kg. And a vegan that produces only 2.9kg,” Maslin shares as an example. “Again, being vegan makes a big difference to your food-based emissions.” 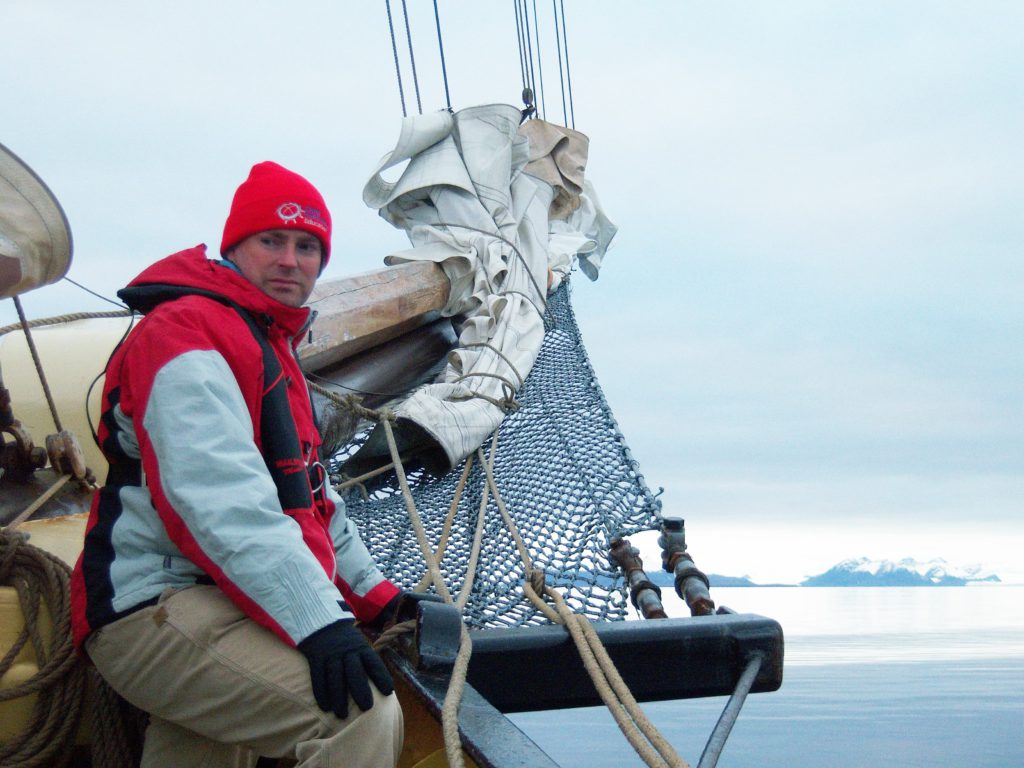 Maslin also wanted his book to be used in a work environment. Chapter seven is called Corporate Positive Power, which focuses on employees having discussions with those in higher power to make changes that are better for the planet under a more commercial setting.

“Our contribution is really important, because it sends a huge message to companies and governments: ‘We the people think you must change.’”

Maslin hopes his book will fuel change, with governments supporting renewable energy, helping fund reforestation and sending out an important message to the masses.

The book was released on May 6 and has received a lot of positive and encouraging feedback, including by Chris Evans from Virgin Radio.

However, for Maslin, it was those closest to him that truly touched his heart and made him proud of what he has achieved. Surrounded by his footballer friends, Maslin was surprised by their enthusiasm, as he would not usually discuss his work with his friends.

“All of them on the WhatsApp group were going: ‘Oh, this is great, Mark. Where can I get a copy of the book? This sounds really accessible. It doesn’t sound like your other books.’ For me, that was a really positive thing.”

He adds: “The more people we get into vegetarianism and veganism globally, the better it is for the planet.”

Mansi Vithlani
Mansi Vithlani is a journalism student at City, University of London. A vegetarian her whole life and a massive foodie, she enjoys discovering more about veganism and eating vegan cuisine! She enjoys investigating social media based stories and how its influence has made a significant difference in the last few years.
Previous articleExtreme weather disrupting UK food production, but farmer adaption to climate change is slow
Next articleAre eggs vegan? And if not, what are the alternatives?