Meat and masculinity: Why men are less likely to go vegan than women 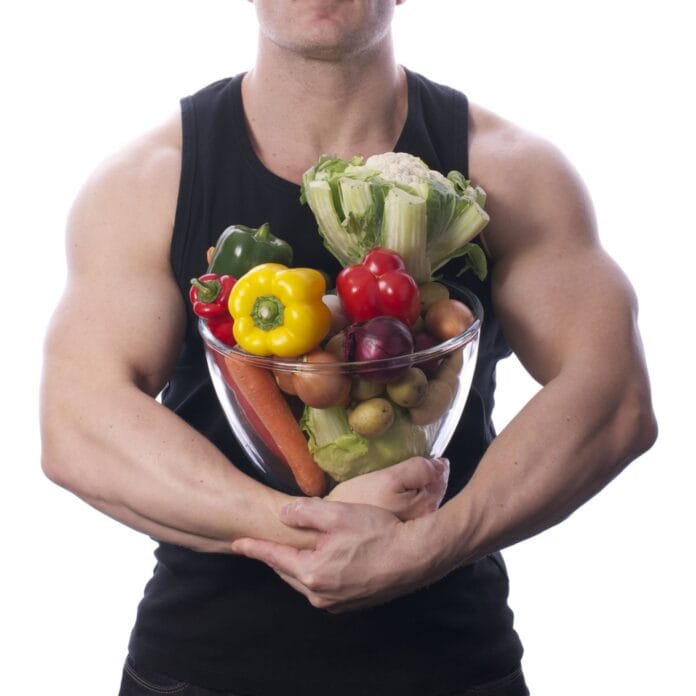 Here’s an experiment: run a quick google search of the word ‘vegan’. How many scrolls does it take until you see some male representation? Now think about the people you know that identify as vegan — mostly women?

According to a survey conducted by Vegan Society in 2016, it was found that twice as many women as men were vegan. While this research was carried out on a purely UK-based demographic, similar trends seem to run across the board. In the US, statistics show that a whopping 79 percent of vegans in the US identify as women.

‘You are what you eat’

Over the past decade or so, a large population of the world has made the transition to veganism. However, ‘going vegan’ (or even vegetarianism) is still a completely inconceivable notion for a significant chunk of the Western male population. But why has veganism become this one-sided party?

In all human cultures, food is multidimensional in character and has close links to identity, behaviour and individual psychology. Meat and masculinity have been in a long-term love affair. Steven Heine, a psychologist at the University of British Columbia, suggests that it’s largely down to historical factors.

Hunting was important to prehistoric humans with food gathering tasks split into gendered roles. Men went out to kill large game animals while women typically ate smaller portions of meat and collected plant foods. For chimpanzees, the more successful a male is at hunting, the better his social status. This was probably also true for our hunter-gatherer ancestors, where studies have controversially suggested meat may have meant a bigger brain.

Throughout much of European history too, meat has been closely associated with power and virility — a staple for the gentry and a rare treat for the peasants. Later, during World War I, meat was routinely diverted from civilian women to male combatants.

Coming back to the 21st century, men still consume 57% more meat than women, and this isn’t simply owing to the larger caloric requirement but a combination of factors linking meat to power, muscularity, and dominance — all traditionally masculine traits.

According to several theorists, like Holt and Thompson, the last two decades of socio-economic changes have caused minor erosions in the notion of masculine identities: men’s jobs in certain industry sectors have become more routinised and, as traditional gender roles have changed, women have gained more independence by entering the workforce. In such a time of uncertainty, one stronghold of masculinity remains: red meat. So, in a way veganism, poses a threat to traditional ‘masculinity’.

Manhood, like any other socially constructed identity, is a precarious state that constantly needs to be defended and affirmed. Unfortunately, that is evident in the ‘toxic’ hue that masculinity takes on in today’s world, which imposes an adherence to traditional male gender roles and consequently stigmatises and limits any traits that men may comfortably express that are perceived as ‘feminine.’ In 2018, a study carried out in the UK found that men feel they need ‘social permission’ to eat less meat.

Animal rights and feminism, on the other hand, have also long gone hand in hand, with activists seeing the refusal to eat meat as a form of rebellion against the patriarchal status quo.

Women make up 75% of the members of animal rights groups. Feminists and animal activists have been working together for more than a century. Two prominent campaigners for women’s suffrage, Alice Wright and Edith Good, lobbied the United Nations to give animals formal rights back in the 1940s — a proposition that is only just beginning to be considered today. 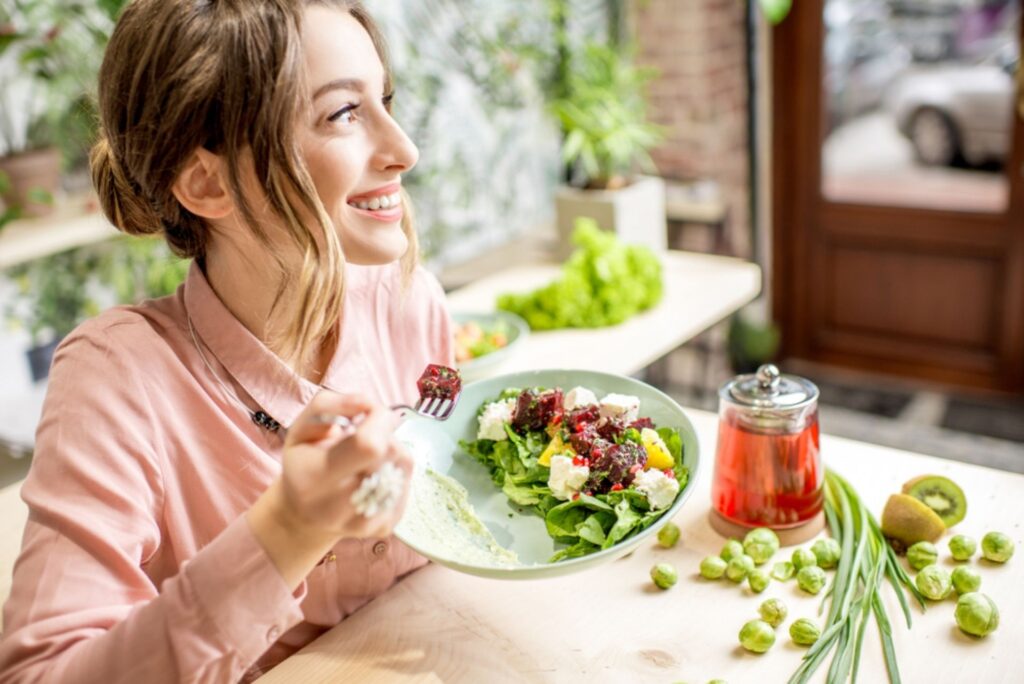 Meat, masculinity and the media

The image of masculinity that mainstream media has portrayed over the years has undoubtedly played a further part in this narrative. In advertising, for instance, images such as Chick It Out, a promotional feature for a new menu at a self-styled “eatery and funhouse” in Nottingham, anthropomorphic images of animals as human women were presented in sexually provocative ways. They position both women and animals as purposed for the appeasement of appropriate male appetites for food, sex, and power.

Even amongst younger boys, some of the terminology used in millennial circles speaks clearly to the ‘meat = masculinity’ narrative. Take, for instance, soy boys. Urban Dictionary defines the slang term as “males who completely and utterly lack all necessary masculine qualities”, and claims it originates from the scientifically skeptical link between the overconsumption of soya products and harm to physique and libido.

The unhealthy side of machismo

Other research suggests that meat — especially grilled, well-done meat — may be a carcinogen. In one study from the University of California-San Francisco, men who ate around two servings of hamburger or meatloaf a week were more than twice as likely to be diagnosed with aggressive prostate cancer as men who ate none.

Additionally, with a plethora of health concerns and fatal diseases known to be caused by diets rich in meat as well as high rates of suicide amongst men under the age of 45, it is imperative that we work towards supporting men towards good emotional and physical health. Leaving the macho man persona in the past where it belongs, along with eating meat as an identity symbol, is crucial.

We are currently in an interesting period in history where gender norms are being questioned and challenged. Due to the advent of social media, influencers and celebrities play a huge role in these shifting perceptions of identity, with many male celebrities like Zac Efron, Benedict Cumberbatch and Liam Hemsworth paving the path for socially acceptable vegan lifestyle among men.

Documentaries like The Game Changers are beginning to change the tune as well. The film follows elite special forces trainer James Wilks as he debunks the idea that meat is crucial for strength and good health and talks to some of the world’s most successful athletes, including former bodybuilder Arnold Schwarzenegger. It shows the rise in plant-based eating amongst sports professionals and challenges the misconceptions in nutrition that athletes need lots of meat in their diets to build muscle. With male gym-goers and health enthusiasts being particularly receptive to these newer vegan insights, the future of vegan men seems promising.

Sustainable packaging: How brands are innovating with plastic and alternatives

A dietitian’s take on whether veganism can be sustainable for your...

The importance of community as a vegan

The farmer who irrigates his crops with salty water