Is a meat-free lifestyle necessary for achieving Buddhist enlightenment? 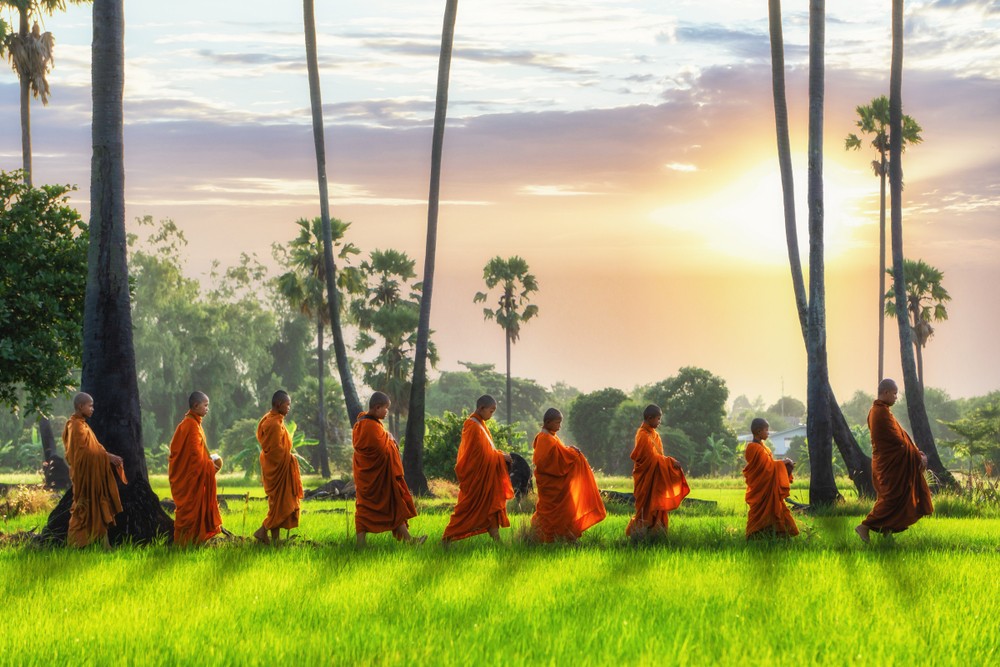 Two Sri Lankan Theravada Buddhists share their viewpoint on the practice of ahimsa and the correlation of a meat-free lifestyle with practising Buddhism.

An individual’s choice for leading a meat-free lifestyle stems from a medley of reasons. Everything, from a healthy lifestyle and planet conservation to a personal interpretation of morality, plays a crucial role in serving as motivation for pursuing a vegan or vegetarian lifestyle.

Religions such as Buddhism can also play a role in encouraging its practitioners to live meat-free. Buddhism preaches a way of living that advocates for a philanthropic and kind-hearted lifestyle. The religion’s precepts are often perceived to advocate for a vegetarian and vegan lifestyle. But does this meat-free proponent of Buddhism translate the same way for every Buddhist?

If you have looked into Buddhism’s core beliefs, you have likely come across the concept of rebirth: an ideology that one’s karmic metric (their good and bad deeds) is transferred to their next life and that death essentially symbolises the beginning of one’s new life.

The religion expounds that human beings are trapped in this endless cycle of rebirth unless they escape from the samsara (world) and achieve nirvana or enlightenment. Nisal Senarathna, a lifelong vegetarian and Theravada Buddhist, gives credence to this core belief of Buddhism. According to him, the religion advocates that for a sentient being to achieve nirvana, they must embrace detachment.

Senarathna acknowledges that the interpretation of detachment for many Buddhists includes detaching oneself from worldly temptations that can include meat consumption. Although, he emphasises that his reason for leading a vegetarian lifestyle has derived merely from not enjoying the taste of meat, instead of it being religiously inspired. 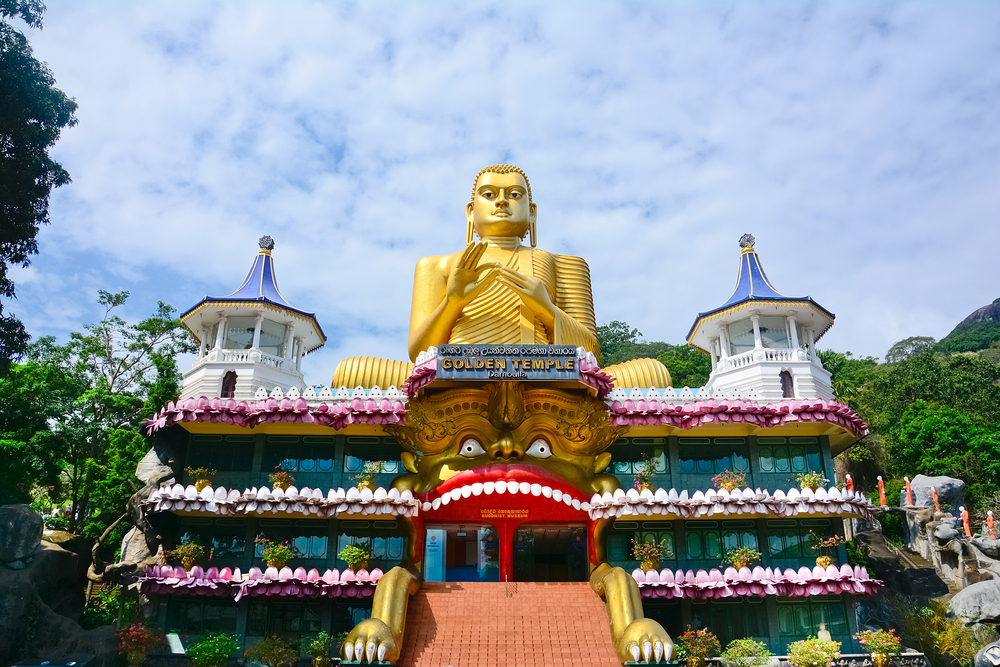 The Sri Lankan Buddhist further states that Buddhism today has countless interpretations, and one cannot simply take the scriptures word-for-word, as they “could have been modified due to personal bias”.

Asanga de Alwis, a non-vegetarian Buddhist, resonates with the sentiment that one’s practice is personal, but takes pride in the historical deliverance of Buddha’s teachings.

De Alwis believes one should be allowed to practice Buddhism on their own terms and “extracts the principles that are relevant to [one’s life]. That includes believing that a Buddhist can attain spiritual awakening despite consuming meat.”

Read one writer’s account of becoming a Buddhist vegan.

Both de Alwis and Senarathna accept that Buddhism endorses a fundamental precept of avoiding harm and killing, which extends to both humans and non-human animals. But they both stress that Buddhism does not explicitly ask its followers to not consume meat.

De Alwis says that the act of consuming meat isn’t a clear black-and-white judgement of morality in Buddhism, but is rather judged on the basis of one’s intentions, which are then added to their karmic metric. “There are three ways one’s action is interpreted into karma: mind, word, and body,” he explains, adding that it all depends on one’s true intentions.

Alwis further states that if one’s reasoning behind consuming meat solely lies in feeding oneself or others, then their karmic metric isn’t heavily penalised. But if a person consumes meat so they can enjoy the act of animal slaughtering or even condone animal cruelty, then it heavily impacts their karmic metric. 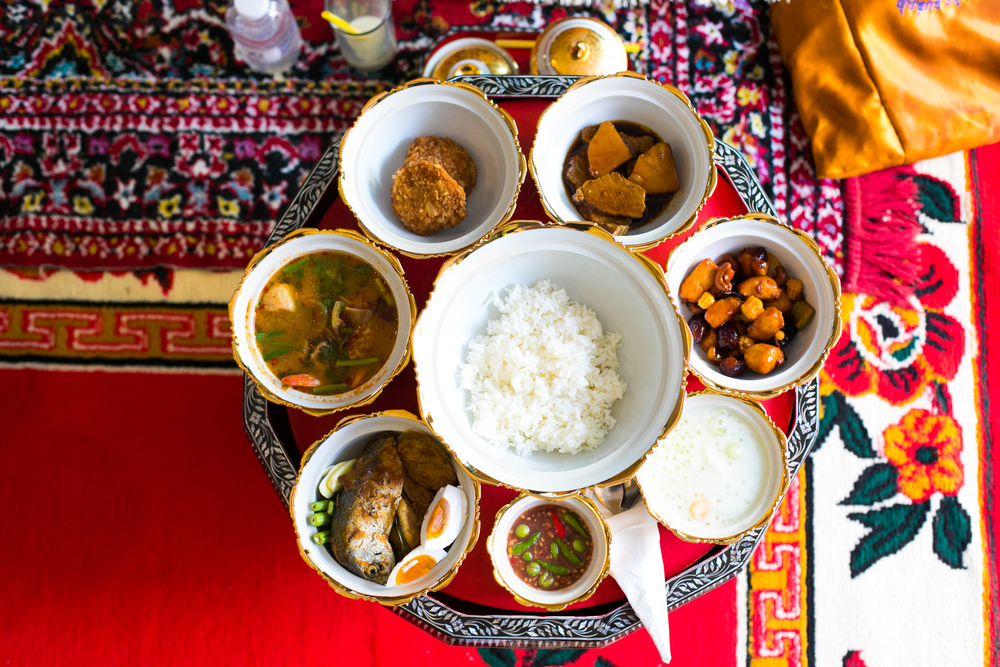 Senarathna agrees with Alwis. “Most Buddhists that I know of consume meat,” he says. He does not believe that any human being holds the right to impose a mandatory religious doctrine on another, and feels that the practice of ahimsa or non-violence isn’t the first principle that dawns on him when thinking of nirvana. Instead, it’s the principle of detachment.

Many believe that the path to enlightenment for Buddhists lies in the acceptance of the core teachings of Buddhism, which include the Three Universal Truths, Four Noble Truths and the Noble Eightfold Path.

However, like Senarathna and Alwis say, every religion is subjective. Buddhism teaches both of them to live a personalised ethical lifestyle. For Senarathna, that means leading a vegetarian lifestyle and, in turn, beginning to embrace the ethical beneficiaries that comes with it. For Alwis, it seems it’s consuming meat without condoning or enjoying animal cruelty, while leading a moral lifestyle.

Although Buddhism is often associated with veganism and vegetarianism, the reality is that the choice of leading a meat-free lifestyle is treated flexibly among its practitioners, similar to many other religions.

Sunayana Samantaray
Previous articleCalorie labelling: vegans weigh in on menus being detrimental or insightful
Next articleHow to be the only vegan at dinner parties