Meat Marketing: The Power Of Advertising On The Need For Meat 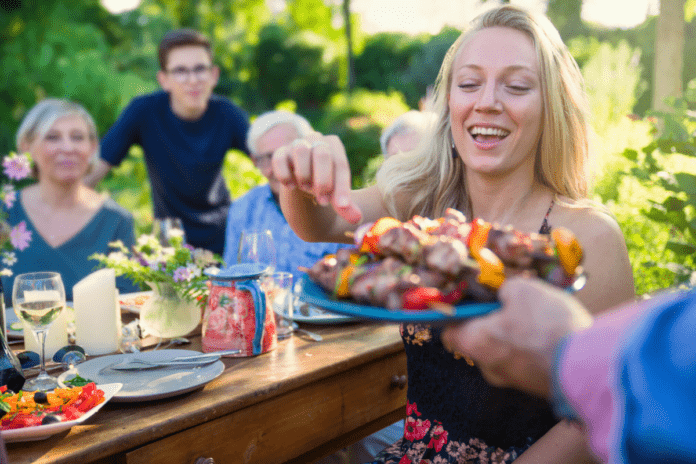 Documentaries like The Game Changers have transformed global views on needing meat for protein. But where did this need arise? And why do people continue to stand by it?

With the help of advertising, overall meat consumption has increased. And heavily funded by the dairy and meat industry, food researchers often are at the heart of this.

In a study, Beef in an Optimal Lean Diet, scientists concluded: “In conjunction with the beneficial effects on apoliprotein, cardiovascular disease risk factors provide support for including lean beef in a heart-healthy dietary pattern.”

Reports show the EU also supports this. Every year €200 million worth of subsidies are handed out for the “promotion of agricultural products”. About €60m has been spent in the last three years on 21 meat marketing campaigns, including in the UK. One campaign promoting pork, Pork Lovers Europe, secured €1.4m for marketing, including a ‘road-show’ with a pink bus painted to look like a pig.

While a lot of power lies in the hands of consumers, many believe the industry shapes our demand. More than our desire, advertisers help to convince people their products are a basic need.

“Beef. It’s what’s for dinner,” was a highly popular slogan in 1992. Surveys asking people “What are you having for dinner?” showed vast amounts of automatic responses to be “beef”. $42 million was reportedly spent on promoting this slogan.

Loui Blake, award-winning marketer, entrepreneur and founder of the UK’s largest plant-based restaurant Erpingham House, first went plant-based in 2015 after suffering from chronic fatigue. He quickly found his “energy was high, [his] recovery from training was quicker, and [his] cognitive function had improved”.

Marketing since the age of 16, Blake believes social media has a major role to play in consumer choices: “People will choose where and what they’re eating online, before they arrive.”

To change the narrative, he says: “It’s a case of going where the attention is.” Adding: “As more information is available online, more people are exposed to plant-based foods and thus it becomes normalised.”

But he explains it isn’t all done in marketing. In fact the market only “responds to the demand placed on it, it’s largely unconscious”. To change the public’s mindset, a middle ground with relatable points must be found.

“If people tomorrow turned their back on meat and dairy products, we’d stop producing it,” he concludes.

But our dependency on meat goes back for centuries. Historically, it was always viewed as a fundamental part of the human diet. However more and more people are realising this not to be true and learning they can flourish on a fully plant-based diet.

Meat and the human body

Despite the rise of veganism, occasional reports are published challenging the vegan 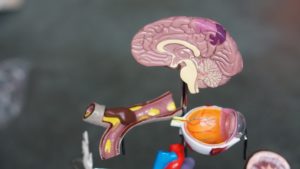 lifestyle. Recently, one report even claimed that to “grow a big brain”, consuming meat “will provide you with far more calories using far less effort.”

However, plant-based diets have been proven to sustain us just as well, and with the choices we now have – some see it as irresponsible to continue to consume animal products.

Virginia Messina – MPH, RD, and author of Vegan Life: Everything You Need to Know to be Healthy on a Plant-Based Diet – is among them.

The dietician believes “it is not justifiable for people to continue eating meat”, unless they don’t have a choice. “We know that production of these foods involves animal cruelty, is bad for the environment, and is a potential threat to human health because of the possibility of novel viruses arising from the factory farming industry,” she reasons.

Vegan for 30 years now, Messina states that supplemented with vitamin B12, it is definitely possible to survive on a vegan diet. She says the idea that meat is necessary arises from historical discoveries. “Since the advent of modern nutrition and the discovery of protein in the early 1800s, meat was valued for its high protein content.” While science has moved on, she adds: “For some people, the idea of meat as the ‘best’ source of protein has stuck.”

Check out this article on protein sources for vegans.

Blake saw his consumption of meat and dairy, which he was told was needed for protein and strong bones, as an ingrained cultural belief. “Any conditioning of this degree is hard to break,” he explains.

Nathan Van der Horst, a 22-year-old student from the Netherlands tried going vegetarian for a year but quickly succumbed to traditional and social pressures. He says his biggest fear was that his protein levels wouldn’t be high enough, and “[his] skills as a footballer would get worse if [he] didn’t eat meat”.

20-year-old Italian student, Francesco Flenda also grew up eating meat because of its central role in traditional dishes. “Variety in a diet is the best way to obtain all the important nutrients that our bodies require.”  He believes meat contains specific nutrients not found elsewhere.

Messina states in countries like the US; guidance has been given on replacing meat effectively with legumes. But these messages are often unclear because “meat is so well ingrained in the culture”. Adding: “With the popularity of ketogenic diets and Palaeolithic diets, there is a lot of confusion about the need for meat. More than anything, the diet industry sows confusion about the need for meat.”

Flenda cannot remember a time when social media directly convinced him to try or avoid a product. But he adds: “There is plenty of advertising around me with contrasting information.”

Education as a solution

Helping the public to meet nutrient needs without animal foods is where dieticians like Messina come in. She hopes her guidance, alongside the growing availability of vegan recipes and products, “will help people see through the marketing and advertising”.