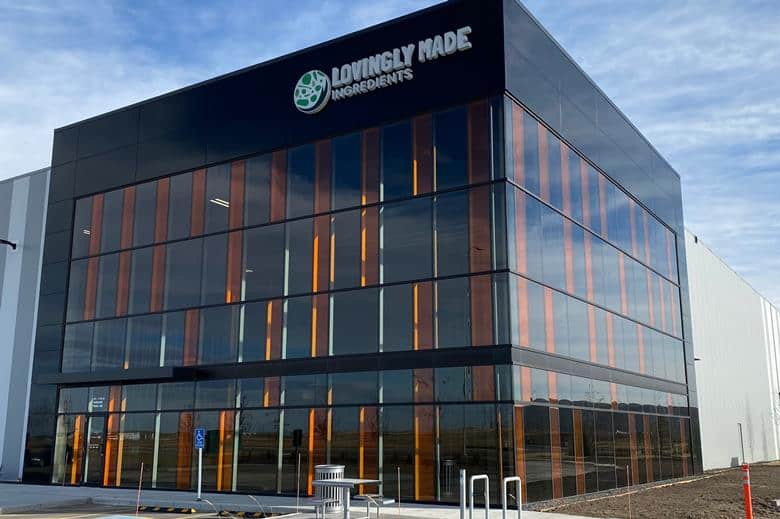 Called Lovingly Made Ingredients, the new wing of Meatless Farm’s business is represented by a massive new factory in Calgary, Canada — which it claims to be the first of its kind at scale. The Grocer revealed that it’s planning on opening and beginning production in a second such facility in the Netherlands over the next few months.

The factory denotes an investment of CAD 15 million (£8.53 million) and will allow the plant-based meat brand to focus on switching up and upgrading its recipes, as well as “producing customised plant proteins for selected external partners, across meat alternatives, bakery, snacks, cereals and more”.

It will have the capacity to produce up to 14,500 tonnes of plant-based protein ingredients by 2023, using “cutting-edge manufacturing processes to enable a significant reduction in water and energy use — a key challenge in plant-based protein production”.

“It’s one thing to claim your fame and say you want to be global, but if you have to buy your ingredients from someone else, it dampens the potential,” Meatless Farm founder Morten Toft Bech told The Grocer. “If any of these ideas we have in the plant-based sector about penetration are ever going to get to the levels [of the meat market], you need to build an infrastructure.”

He added that the additional capabilities would enable the brand to create proteins with a better nutritional composition, and that adding more control over its supply chain will protect its intellectual property better.

This week, Meatless Farm also announced a partnership with Spanish football club Real Madrid. It’s part of a sustainable food initiative to raise awareness about cutting back meat consumption to reduce the environmental impact of food. “At Meatless Farm, we are not pro-vegan or anti-meat, but want to reach a broader mainstream audience by making mini changes joyful,” Meatless Farm’s global marketing head Ferry Kamp told The Vegan Review. “Working with the biggest sports club in the world will allow us to reach a global audience and make plant-based eating more acceptable for people who still like their meat.”

Anay Mridul
Anay is journalism graduate from City, University of London, he was a barista for three years, and never shuts up about coffee. He's passionate about coffee, plant-based milk, cooking, eating, veganism, writing about all that, profiling people, and the Oxford Comma. Originally from India, he went vegan in 2020, after attempting (and failing) Veganuary. He believes being environmentally conscious is a basic responsibility, and veganism is the best thing you can do to battle climate change. He gets lost at Whole Foods sometimes.
Previous articleMeatless Farm and Real Madrid announce joint sustainable food initiative
Next articleFarmers and vegans: how to have a judgment-free conversation