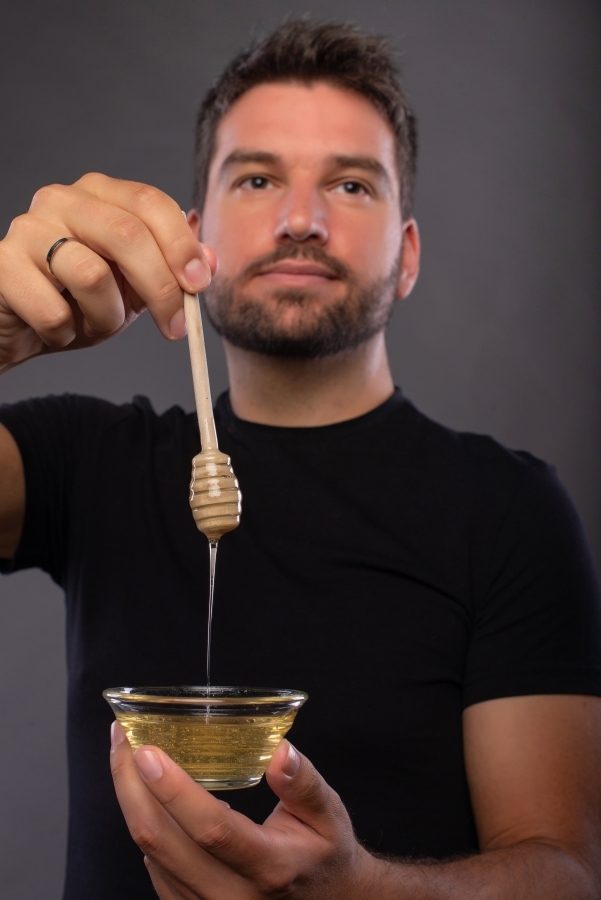 When Darko Mandich was three years old, he had something like a seizure. His grandfather had taken him to a butcher. He saw an animal carcass hanging there, ran out of the shop, and felt physically terrible. He realised there was something wrong about killing animals for food.

Growing up in the Balkans — a Serbian family living in Croatia — meat was part and parcel of everyday life. “If you’re not eating meat, people think something’s wrong with you,” says Mandich. So going vegetarian as a kid was a tough choice, especially as he grew up around food: his grandmother had a restaurant on the Dalmatian coastline of Croatia and an olive oil business.

His father had a transportation business. So being an entrepreneur felt like a natural progression for Mandich. He wanted to connect two passions: business and mission-driven, planet-positive action. And, after moving back to Serbia as a result of the civil war, he studied business in Belgrade, and was approached by one of the country’s largest food companies to become a trainee in the honey department.

It felt like his calling. The third-generation entrepreneur could relate to the industry’s family-driven trade. This was 2012, a time where he believed more honey meant more bees. With experience, however, he realised that wasn’t the case: “We don’t only have honey bees; we have other bees, and the honey industry chasing to meet the constantly rising demand is actually not healthy.”

Last year, he began reading studies where researchers worked on the relationships between honey and wild native bees. “I realised that the honey industry I was part of wasn’t actually doing any good to the bees,” he recalls. His professional journey coincided with his personal evolution of going vegan. Having spent almost a decade in what he describes as a dinosaur industry (“it hasn’t changed since the 19th century”), he felt he could bring a progressive perspective to the trade.

And so he created MeliBio, which aims to create vegan, bee-free honey. It isn’t an alternative to honey, Mandich says: it’s honey, just without the bees. He compares MeliBio’s aims to what Apple and Tesla have done for their industries. The problem, he tells me, lies right underneath our noses.

Honey production is a problem for bees. That seems counterintuitive, since manufacturing honey means multiplying bees. But the honey bee is just one out of 20,000 species. Human demand has seen the subspecies of honey bees domesticated and multiplied. So, when they are introduced to unknown habitats, they chase away the wild native species. If this continues, native bees will become extinct, and honey bees will be the only species left. That, Mandich explains, would be a disaster for the planet.

“Honey bees aren’t sufficient pollinators. They’re average, pretty lazy and very specific, and the native species do even more important work,” he says. So why should vegans have honey at all? “Looking into its composition, you can’t find a similar product. Honey was found in Egyptian pyramids, thousands of years old and still good to eat.”

He adds: “50% of people consume honey on a weekly basis, either directly or through other products. It’ll be a $15 billion industry by 2025, it’s an important sweetener, and it needs to be there. But we believe it needs to be in a kinder and sustainable way.”

Mandich highlights honey’s superiority over other sweeteners, with its relatively lower glycemic index, anti-depressant qualities, inflammatory benefits and ability to sustain energy levels. It’s a powerful product, and MeliBio is using science to make real honey without the negative impact on bees or the planet. 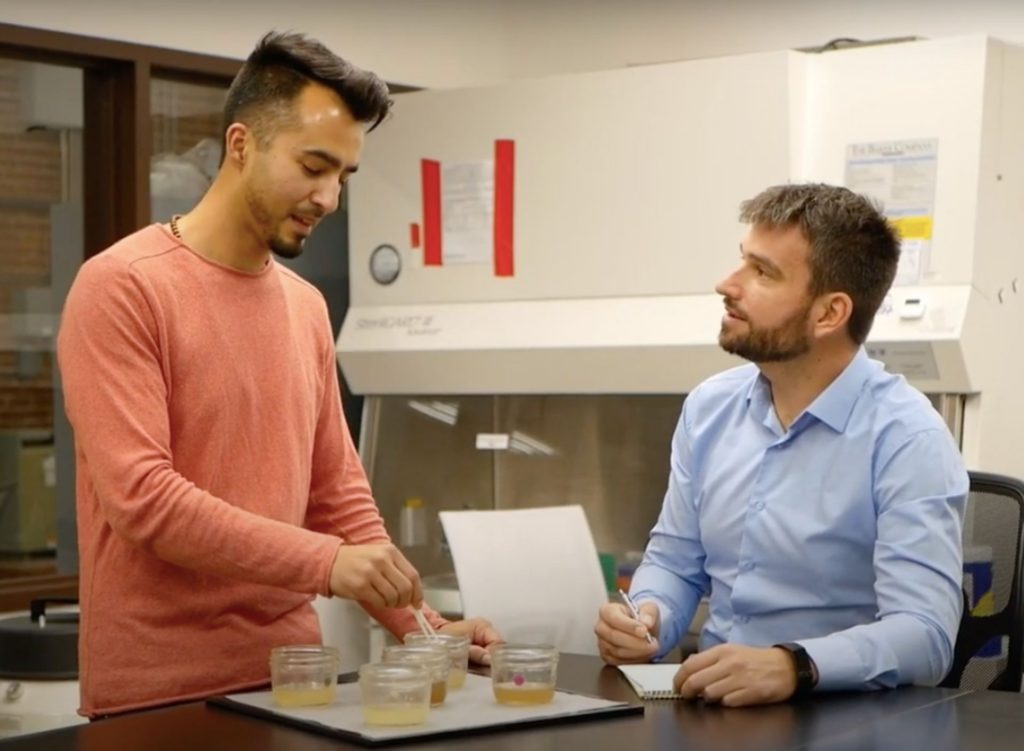 The startup launched last year, after the Serbian moved to San Francisco with his wife. While he first planned on getting a job to introduce himself to the community, a chat with Ryan Bethencourt pushed him to stop waiting and work on his idea to create vegan honey. He then met scientist, chef and gardener Aaron Schaller. “Five minutes into talking about bees and honey,” he recalls, “both of us realised we’d be working together.”

And so the pair co-founded MeliBio. They developed proprietary technology connecting plant science with synthetic biology. The sweetener is not made from different plant- or cell-based ingredients; it’s bio-fermented honey. The result is a product that utilises the same compounds as conventional honey. “Our end goal is to have it tested to show 100% parity in terms of all the compounds and parameters of taste, texture and benefits that come along with honey,” says Mandich.

Microbial fermentation is being touted as the third pillar in the alternatives industry. Using compounds only found in honey, MeliBio wants to ensure the vegan honey doesn’t have anything conventional honey doesn’t. “The biggest challenge is how to design, set up and scale the technology that would, essentially, replace the bees,” notes Mandich. His first strategic goal is to have an identical end product. The second is to continue with research and development and potentially provide opportunities to enhance honey and increase the volume of the super-ingredients found in it, which could make it even more powerful.

And that’s where it’s different from existing vegan honey brands. “Those products are made to mimic honey, and they’re made from ingredients like tapioca syrup and apples; that’s something else,” Mandich tells me. “What we’re doing here at MeliBio is having all the compounds that constitute honey, just in a vegan way, without any labour or bees hurt.”

With 15 companies already signing a letter of intent to use the bio-fermented honey, MeliBio will be launching near the end of 2021. After that, the brand will look into creating different varieties of the product. Initially, it’ll operate a B2B model, but with more progress and the ability to tap into complicated honey types with higher value, retail is on the radar for the startup.

While Mandich admits the first product won’t be cheaper than regular honey, he hopes the vegan honey will cost less when production is scaled. “It’s possible, because if you just look at commercial beekeeping from the efficiency perspective, there are two labours there: animals and humans, and both are inefficient,” he explains.

There are exciting times ahead for MeliBio, which is a portmanteau of two words Mandich believes should always go together. ‘Meli’ is inspired by Melissae, the Greek goddess of honey, and ‘bio’ stands for biology. “Combined together,” he says, “we believe the future of honey is based on helping bees through biology.”

Anay Mridul
Anay is journalism graduate from City, University of London, he was a barista for three years, and never shuts up about coffee. He's passionate about coffee, plant-based milk, cooking, eating, veganism, writing about all that, profiling people, and the Oxford Comma. Originally from India, he went vegan in 2020, after attempting (and failing) Veganuary. He believes being environmentally conscious is a basic responsibility, and veganism is the best thing you can do to battle climate change. He gets lost at Whole Foods sometimes.
Previous articlePitch & Plant 2020 sees six startups secure investment interest
Next articleBrexit could see the UK turn to climate-vulnerable countries for fruit and vegetable imports