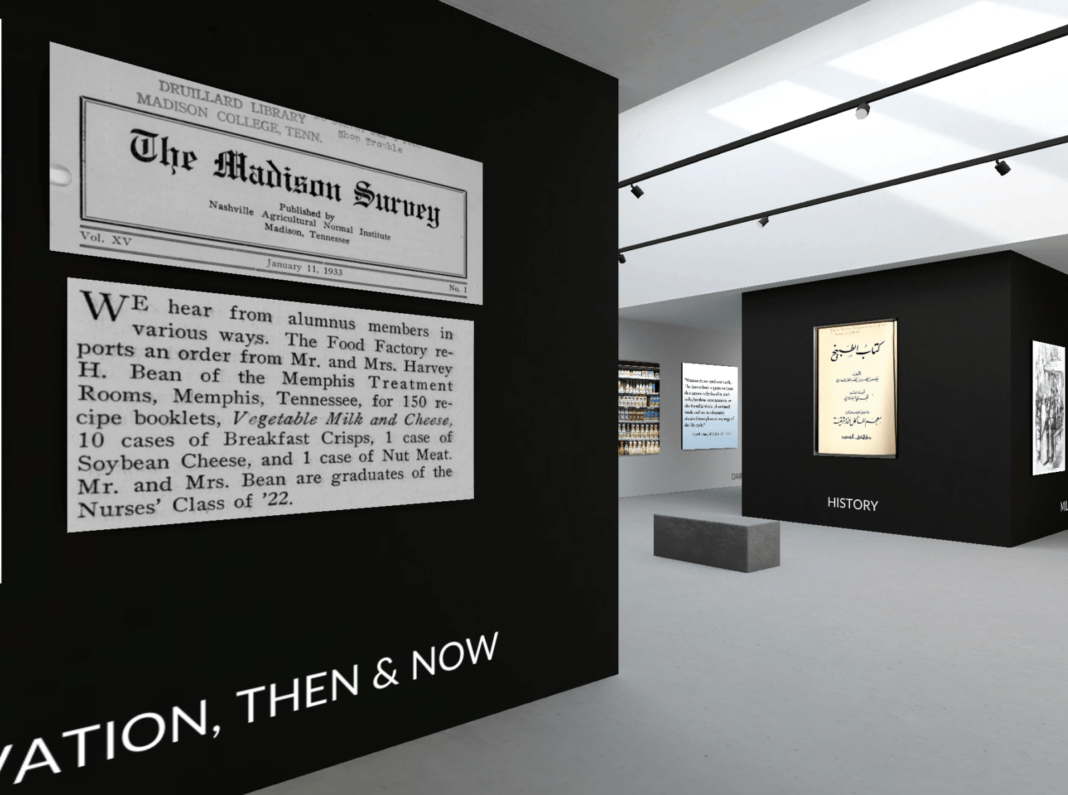 Amber Ward, founder of the Milk Future museum, speaks to The Vegan Review about plant-based milk and celebrating Februdairy.

“Any whitish, drinkable liquid made from plants and trees or their nuts and, used by humans for food and as a source of butter, cheeses, yogurt, etc.”

A hopeful yet damning visualisation of the future of defining dairy, this is what greets you on the entrance of Milk Future. Located on a virtual island, it’s a pop-up museum dedicated to plant-based milk.

Inside, there’s a gallery full of information about the history and future of alt-dairy. There’s the Kitab al-tabikh, a Baghdadian cookery book from 1226, whose use of almond milk is the earliest known mention of plant-based milk. The Alternative Dairy Landscape map by KindEarth.Tech. The Oxford study detailing the environmental impact of dairy and its plant-based alternatives. And then there are personal stories of animals in the global dairy industry.

Check out our Ultimate Guide to the most eco-friendly dairy alternatives.

It’s a concept that makes you wonder why it has never been done before. But here we are. The monthlong museum goes live on February 1, with additional events and a virtual gift shop. 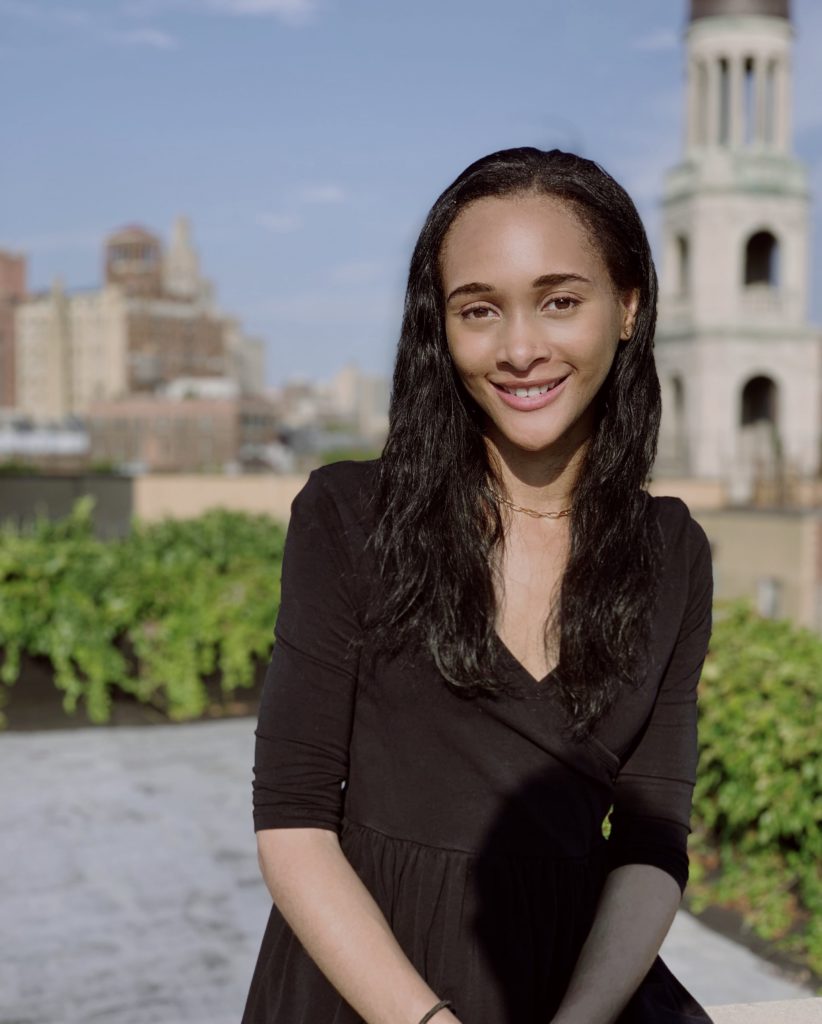 Amber Ward, founder of Milk Future, believes that things that are both entertaining and educational can strongly impact people’s relationship with topics. “Over 41% of American households purchased plant-based milk in 2020, so it’s something that a lot of people can relate to and an easy introduction for people who aren’t necessarily familiar with veganism,” she tells me.

This is why she loves documentaries. She has been “veg-curious” since childhood, but always viewed it as a cuisine or diet. “It wasn’t until college when I watched some eye-opening documentaries that I decided to make the switch fully,” she recalls. She turned vegetarian in 2016, and transitioned to a vegan diet from there.

The plant-based milk museum is the first project of Vegan IRL, a creative studio established by Ward to build experiences that help people rethink their relationship with animals and our planet. Among its supporters are vegan dairy giants like Miyoko’s Creamery and Califia Farms.

When you think about alt-milk, you mainly think about its types: oat, almond, soy, coconut, macadamia, pea, and the like. You think about the flavour and maybe the health and environmental impact. And that’s about the extent of it. Ward wants to change that. “We want to help people get an up-close and personal look at all aspects of plant-based milk, including its rich history, the obstacles that people have faced and are still facing in order to have plant-based dairy go mainstream, as well as the benefits for your health, the planet, and the animals you can save by choosing to consume it.”

Read our extensive review of the best oat milk brands in the UK. 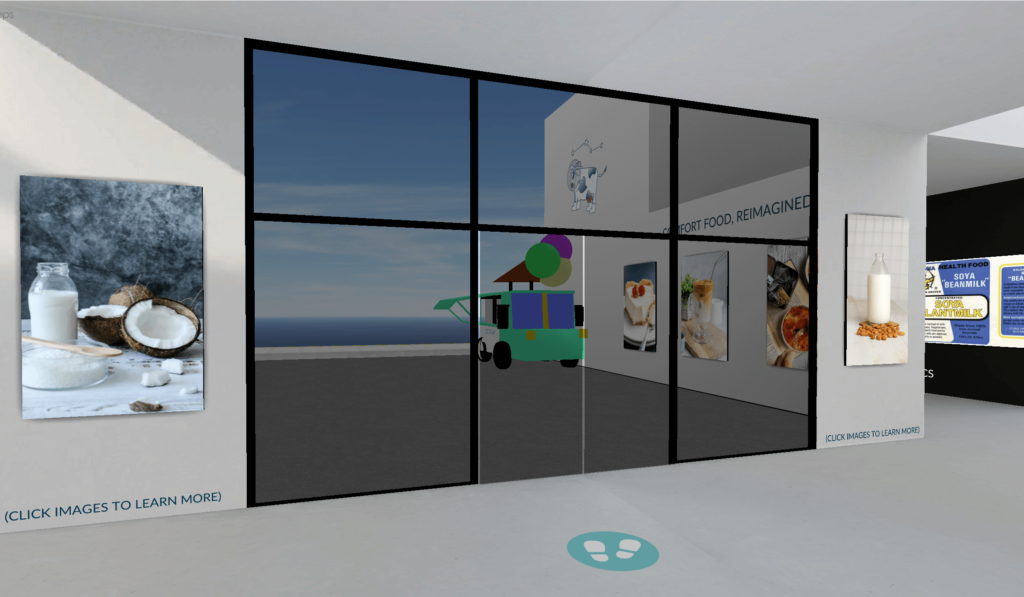 And to get there, the Milk Future museum has expansive sections. Among the obvious ones are Plant-based Milk History, Dairy and the Environment, Dairy and Health, and Animal Welfare. But then, there are sections labelled Dairy Innovation, Then & Now (showcasing the people helping alt-dairy go mainstream), Milk & Culture (talking about the perception of animal and plant-based dairy in popular culture), and Comfort Foods, Reimagined (highlighting vegan versions of dairy-forward dishes), to name a few.

Tucked between the rooms for innovation and pop culture, opposite a wall detailing the history of rice and soy milk is a section called What’s In A Name? It documents the debates around the labelling of plant-based dairy products around the world.

“History does not look upon this debate with favour,” notes Ward. “What I’ve learned through curating the museum is that humans have been referring to plant-based milk as ‘milk’ for centuries.” In addition to mentioning the Baghdad cookbook, she cites the example of Bob Rich from Rich Products, founded in 1941, who won 40 of 41 legal disputes regarding his plant-based dairy products’ labelling.

Ward calls it a long legal precedent protecting plant-based producer’s free speech rights in the US. She emphasises its long history of dairy industry and government members ‘bullying’ plant-based producers about product naming. “I hope that Milk Future can be an educational tool for consumers, entrepreneurs, lawmakers, and lobbyists.”

The museum is the plant-based industry’s response to Februdairy, a UK-based alt-Veganuary campaign celebrating animal-derived dairy. Ward doesn’t mind the term; she embraces it instead. “While Februdairy was originally launched by people who are pro-animal-dairy, I don’t perceive the concept or term as a negative one,” she says. “Dairy products are amazing when they are healthy, sustainable, and cruelty-free, and taking a month to celebrate those sounds like a great idea to me.”

Throughout February, the Milk Future museum will host pay-what-you-can ticketed events. The first of these is The Future of Dairy, with speakers like Miyoko Schinner and Vegpreneur’s Noah Hyams. In addition, there is a talk by doctors about dairy, a Q&A about the milk system, a dairy-free cookoff and a virtual tour of the Luvin’ Arms Sanctuary. While she can’t choose which of the events is her favourite, the curator is particularly looking forward to the Milk Mixology Workshop.

I ask Ward about her favourite plant-based milk. “I’m allergic to nuts, so it saddens me that I’m not able to taste all the different plant-based milks that exist today,” she tells me, adding that she’s realised the sheer number of different alt-milks while curating the museum. But she gives a shout-out to one brand: “My favourite milk these days is oat milk, and I’ve been loving Minor Figures lately.”

The Milk Future museum opens February 1 and runs through the end of the month.

Anay Mridul
Anay is journalism graduate from City, University of London, he was a barista for three years, and never shuts up about coffee. He's passionate about coffee, plant-based milk, cooking, eating, veganism, writing about all that, profiling people, and the Oxford Comma. Originally from India, he went vegan in 2020, after attempting (and failing) Veganuary. He believes being environmentally conscious is a basic responsibility, and veganism is the best thing you can do to battle climate change. He gets lost at Whole Foods sometimes.
Previous articleExclusive: Quorn wants 2021 to be the year of solutions
Next articleMy Veganuary experience: will I fully commit to the lifestyle?