milkadamia’s CMO on all things vegan milk and environmental consciousness 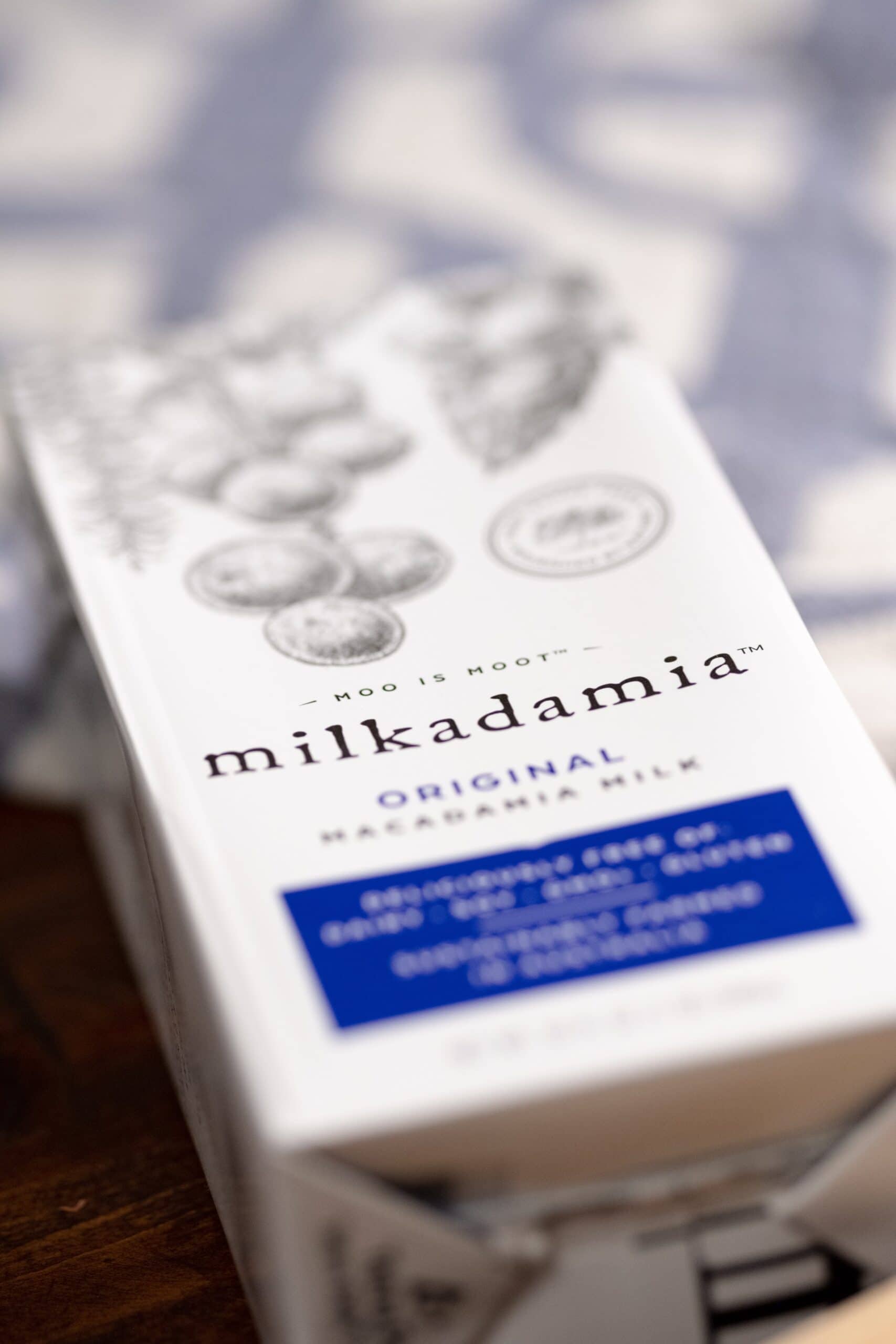 Growing up in India, vanilla ice cream was a totally different phenomenon for me. Forget the trademark pale yellow shade (occasionally with the tiny black vanilla bean seeds) and the crème anglaise base. No, classic Indian vanilla ice cream is eggless and white, with a rich, milky flavour balanced by a smooth buttery note, almost as if it’s naturally infused with vanilla.

Imagine dunking that into your morning cold brew, but not having to wait for it to melt. That’s milkadamia for you.

The Chicago-based company has made giant waves in the alt-milk space since its launch in March 2016. Macadamia milk isn’t something you find in your regular grocery store, a big reason being the availability of the nut, which is concentrated in its native Australia.

milkadamia’s range includes four milk products, all made from raw macadamias — original, unsweetened, unsweetened vanilla, and ‘latte da’ (Italian for “milk from”). The latter is their barista version, amongst the finest in the plant milk lineup. Not only does it have a distinct vanilla-y flavour with a hint of fruitiness, but it froths up incredibly well, which helps make for great cappuccinos and smoothies.

“Some plant milks do froth well if they’re higher in protein, but we keep our protein low because that’s more in line with nature,” explains Christina Downey, milkadamia’s chief marketing officer. “We can’t speak to other milks, but we add more macadamias to our barista milk.”

The latte da holds up really well in coffee too — which is sometimes a problem for dairy alternatives, like almond milk, which can curdle. The main reason for that is the acidity content in the product. Since milkadamia’s milks are very neutral on the pH scale (between 6.8 and 7.2), it resists any issues with curdling.

Usually, barista editions of plant-based milks are more expensive, owing to their chemical properties and how they react to heating and frothing. But all of milkadamia’s milks are — “for simplicity reasons” — the same price: £3.49. While that is hefty for an alt-milk, Downey points to the general high cost of macadamias as a nut.

Rounding up their arsenal are three creamers — unsweetened, vanilla, and unsweetened vanilla — and their latest launch, the Salted Buttery Spread. “It’s made to replace dairy butter, which is different from a macadamia nut butter,” says Downey. “But that would be delicious.” Currently, the butter isn’t available in the UK, but the milk can be found in health stores like Whole Foods and online at Amazon.

Part of milkadamia milks’ appeal is in their similarities with dairy. Downey highlights that a major factor in developing their products was to attract interest from people who find it hard to give up dairy. “milkadamia is smooth, creamy and mild,” she says. “it is not ingredient-forward like oat or almond, which makes it an easy, delicious swap out for cow’s milk.”

But while it’s not as widely accessible, milkadamia’s aim aligns with other non-dairy companies. “We want to turn the tide away from the destructive practices of dairy, from their impact on the environment to their abusive mistreatment of sentient beings,” says Downey, explaining the brand’s goal to “transform the burgeoning eco-anxiety of millions into what is bearable, useful and motivating”.

It’s an important point, and one that’s been discussed a lot. The environmental impact of dairy alternatives is much more positive than cow’s milk, and milkadamia’s strategy is to employ regenerative farming. “It offers the hope that we can turn the food chain from being part of the problem to a solid part of the solution,” Downey says.

Located in Australia’s Northern Rivers region, the Jindilli farm is the “ancient home of macadamias”, noted for its focus on sustainability and eco-friendly farming practices. That’s where milkadamia’s raw material was originally born out of. 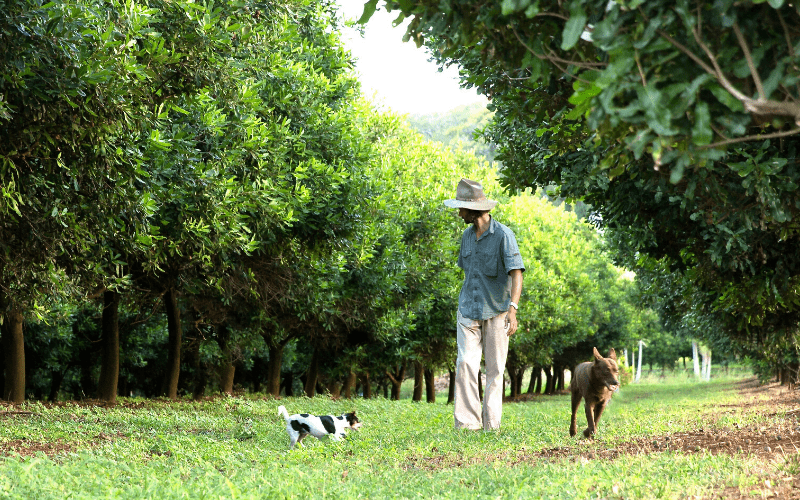 Jindilli’s producers focus on soil life, not chemistry, to create biologically active soils with higher resilience. “Creating an ideal home for the swarming billions of microorganisms that make up soil-life is the main focus,” notes Downey. “Healthy trees and abundant crops are a side benefit of good soil.”

She explains that the first rule to create biodiverse conditions is to mess with the soil less: “We supply the soil beneficial organic matter in the form of our own compost. The Jindilli farm cooperates with neighbouring farms, blending all our combined organic matter into compost, which is then shared.”

They have no irrigation systems in place because macadamia trees naturally grow in the wild, so they’re a fit with the climate. “Healthy undisturbed soil sequesters significant quantities of carbon dioxide,” Downey says. “Regenerative farming isn’t only about enabling clean water and clean food, it gives us clean air as well.”

The best vegan cereal brands in 2022