Why mushrooms are the answer to all our problems

From plant-based meat to vegan leather, our most holistic cures to the building bricks of our homes, mushrooms, or mycelium, could help save the world.

After the success of Louie Schwartzberg’s documentary Fantastic Fungi, hailing the power of mushrooms, the mycelium kingdom has been receiving attention from a variety of business sectors. Here are four uses of mushrooms show how they coan help save the world.

There are over 50,000 species of mushrooms, 2% of which are poisonous, but only 20 of which are consumed in the average diet. While most are edible, they are also largely tough, gelatinous, or either taste rotten or give off a bad odour.

Because of their low-calorie, vitamin-boosting properties, mushrooms are the ideal ingredient for those following a plant-based diet. Inside the different kinds of mushrooms, you can find zinc, potassium, anti-oxidants, and a treasure trove of vitamin D, all of which are essential to those excluding animal-derived foods from their diets. As well as providing a kickstart to the immune system, mushrooms are a great replacement for those who might have less exposure to the sun.

In addition, they grow at extremely rapid rates, use little-to-no water, and occupy hardly any space. They are both optimal for the planet, and for our bodies.

Mushrooms are increasingly being used as plant-based substitutes because of their dense nutrient content and meat-like texture. They can be swapped out for steaks, pork belly, calamari and even to stock up risottos. Derek Sarno, co-founder of Wicked Healthy, is one of the pioneers of mushroom-based vegan food — he uses cast-iron pans to make his signature mushroom steaks — and often teams up with other plant-based culinary innovators to create mushroom substitutes even non-vegans will enjoy.

Check out our recipe for vegan mushroom risotto.

Vegan leather is another trend being adopted by mainstream and luxury brands. One type that has only just recently been discovered for its planet-friendly properties, though, is mushroom leather.

This material was first discovered in 2015, by US companies MycoWorks and Ecovative Design, and has since been employed in fashion products worldwide. The technology is simple. Mycelium, the root-like structure in mushrooms, forms a thick mat when grown on sawdust or agricultural waste, which closely resembles animal-derived leather.

Mushroom leather, followed by apple and then cactus leather, is by far the most sustainable of all plant-based leathers. Because of its speedy growing rate, going from spore to finished mycelium luxury products takes up to a couple of weeks. This is no time at all when put in contrast to raising a cow to full birth, and ensuring all its commodities have been exhausted.

Read our story on why vegan leather is sustainable than its animal-based counterpart.

The process can also be carried out pretty much anywhere. No light is needed, and as it grows, carbon is stored within the roots. While mushroom leather is still in its infancy, the material shows great potential and could prove to be good competition for the rest of the leather world. 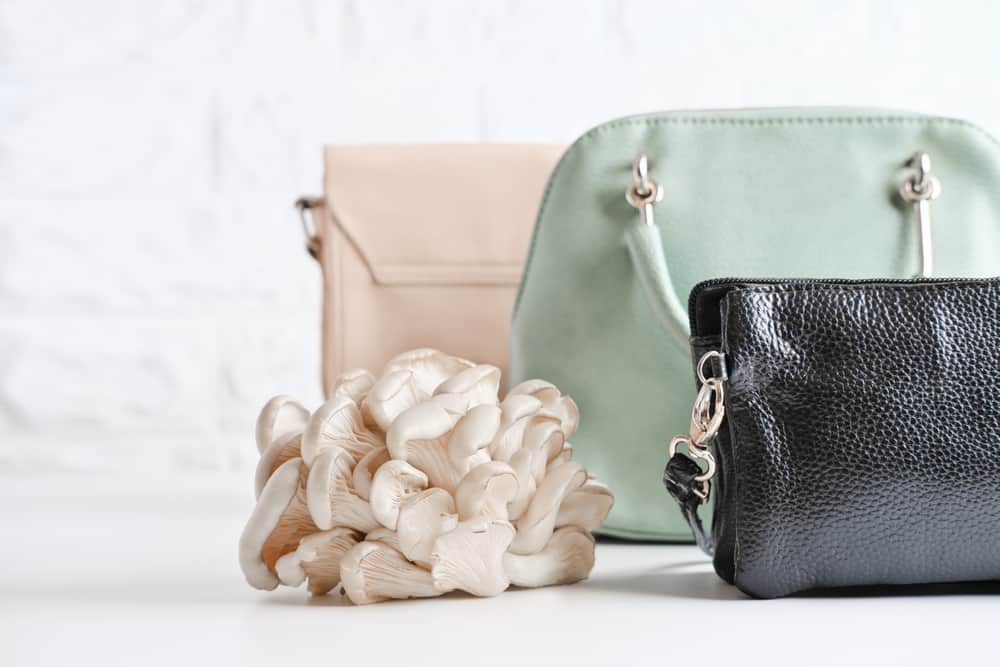 Yes, you read that correctly. Mushrooms could be the foundation of our day-to-day living. Undergoing nationwide lockdowns wouldn’t be quite as boring if our humble homes were formed of the very ground that lays beneath us. Mycelia not only make up the earth below us, but have the potential to create more life and shelter in urban landscaping.

Experts have had mushroom bricks in the works for a while, with the first mushroom brick tower to take shape and put on display at the MoMa in 2014. Philip Ross from MycoWorks went one step further in December 2020, building a mushroom brick arch from reishi mushrooms. 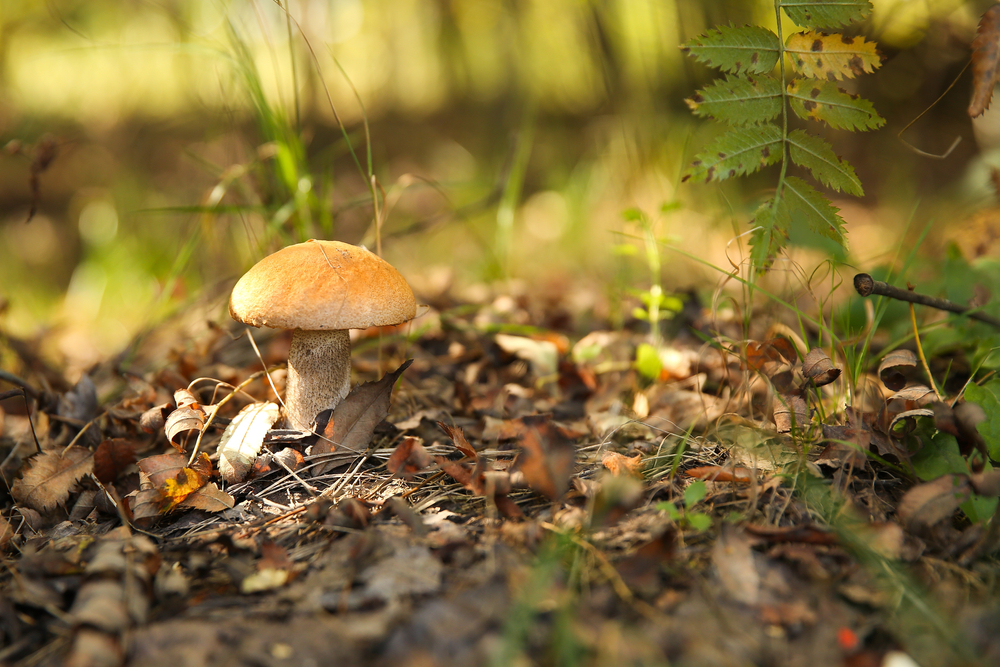 These bricks are grown by mixing corn husks and mycelium, and then left in a mould for up to five days. After this, the brick emerges as solid, but lighter than the usual cement bricks.

The Stanford Designer is not alone. Architects and designers have since developed sea canoes, and coffins from mushrooms too. Ross is hoping he will be able to implement his technology to soon build houses for 12 to 20 people out of the same reishi mushrooms.

According to research, mycelia are closer to animals than any other scientific kingdom. Humans and fungi share the same pathogens, and have the same biotics, making us closer to mushrooms than plants. 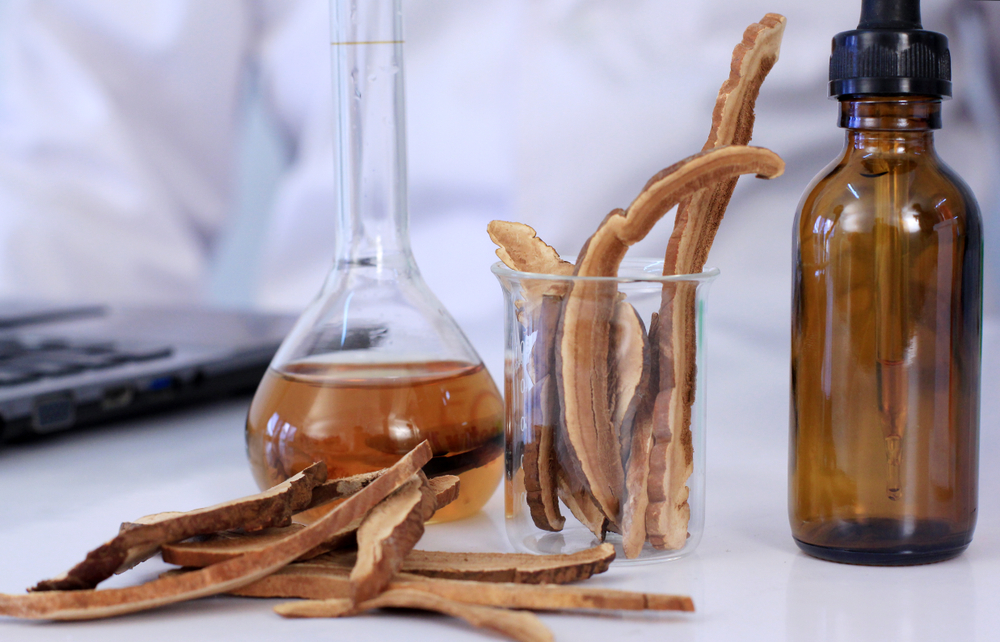 This has led to the exploration of mycelium within medication, and the benefits that mushrooms can bring us — outside the plant-based diet. Often treated as pseudoscience, medicinal mushrooms have proven their worth numerous times.

Their anti-inflammatory properties lower cholesterol, improving heart health. They speed up your blood cells, which lowers your risk of late afternoon fatigue. And evidence suggests medicinal mushrooms can also stimulate nerve growth in the brain, which can help in the treatment of Parkinson’s disease, Alzheimer’s disease, dementia and the likes.

Olivia Rafferty
Olivia is the Assistant Editor of The Vegan Review. An aspiring Middle Eastern correspondent currently studying journalism at City, University of London, she is passionate about the planet, she believes veganism is the first step to solving the complexities of climate change.
Previous articleLiverpool lab secures £100,000 for 100% vegan-friendly testing
Next articleInternational Food and Drink Event to launch vegan section in 2022